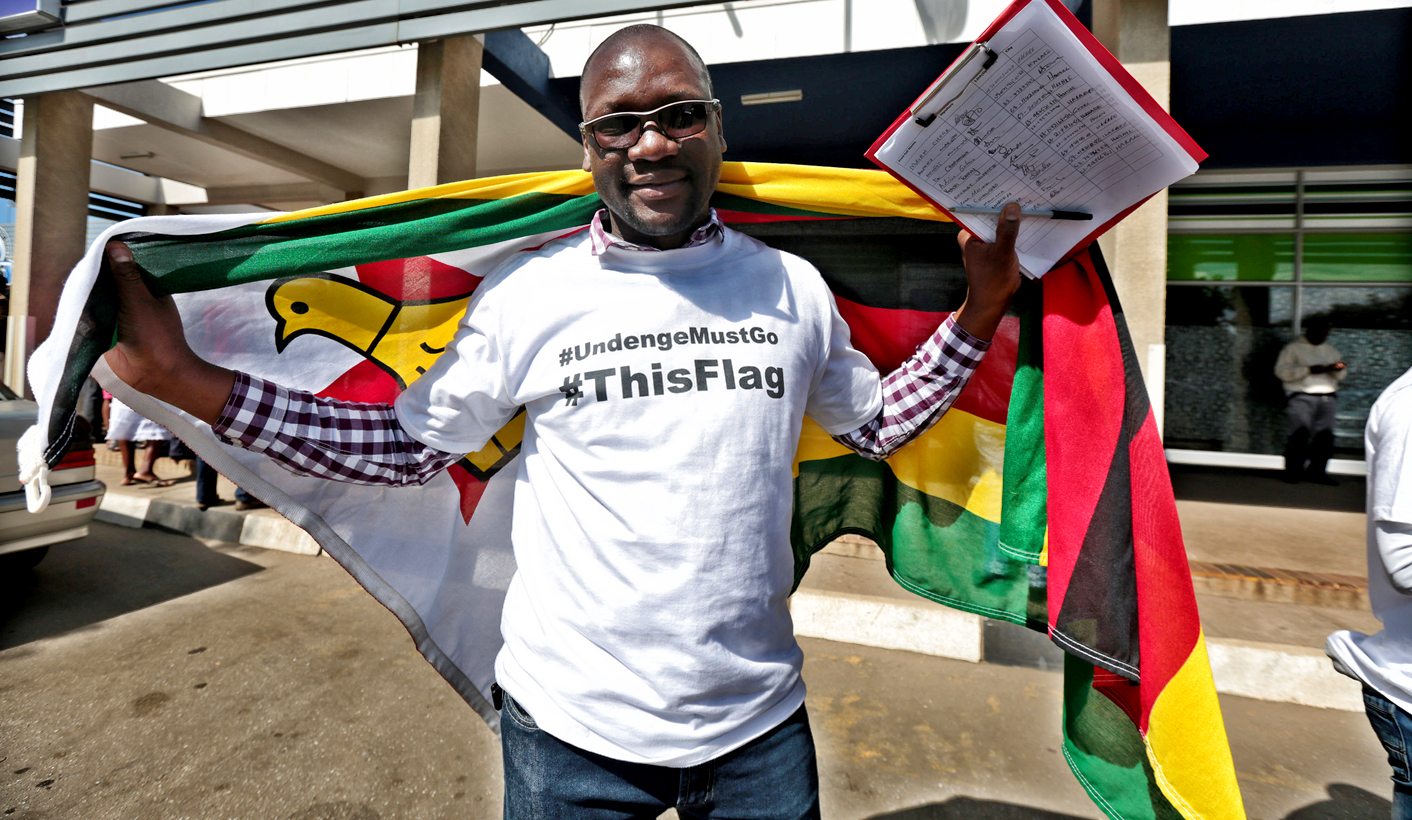 After six months in exile, Pastor Evan Mawarire returned to Harare on Wednesday afternoon. He didn’t even make it past immigration before being detained for questioning. By SIMON ALLISON in Harare.

Latest update: The Daily Maverick has been reliably informed that Mawarire has been taken to Harare Central Police Station and will be charged with subverting a constitutionally elected government – the same charge for which he was cleared in July last year on a technicality.

Update: After nearly an hour of questioning, Mawarire was removed to an unknown location by a phalanx of government officials. His lawyer is trying to ascertain his whereabouts.

Pastor Evan Mawarire has been detained for questioning by government officials in Harare, on his return from a six-month exile.

He flew in on a scheduled flight from Johannesburg, and made it to the immigration queue before being spotted and pulled aside by officials, who escorted him to an adjacent room. The Daily Maverick witnessed this incident.

His lawyer, Harrison Nkomo, has not been permitted access to him.

This is a breaking story, and we will keep you updated.

Mawarire has been in exile in the United States for the last six months. He spoke to the Daily Maverick about his plans to return, and said that he was nervous and unsure of what fate would await him. “It’s a tough decision because you know what’s waiting for you at home, you know it’s not going to be an easy walk,” he said.

Explaining his decision to return home, Mawarire said: “At some point one has to stop wishing they were home, and actually pack their bag and go home.”

Mawarire opted for a low-key arrival to avoid too much scrutiny, with just a few close associates awaiting him – a far cry from the last time he was seen in public in Zimbabwe, when he was cheered by thousands of supporters outside the Magistrate’s Court in Harare.

“I’m not trying to have a hero’s welcome, because it’s not about that,” he said.

Last April, Mawarire’s heartfelt Facebook video inspired Zimbabwe’s #ThisFlag campaign, a social movement aimed at bringing political change to Zimbabwe. He was subsequently arrested and charged with treason, although the charges were dropped when enormous protests outside the court forced the presiding judge to uphold the letter of the law. In mid-July 2016, Mawarire left Zimbabwe, fearing for his life.

Although Mawarire recognises the dangers of returning, he says that he considers it his civic duty to contribute to democratisation in Zimbabwe. Mawarire says that he is going to focus on citizen engagement at the community level in the run-up to Zimbabwe’s 2018 elections, although he is also considering running for political office. For now, his family remain in the United States. DM

Just prior to his return, the Daily Maverick obtained an exclusive in-depth interview with Pastor Evan Mawarire, in which he discusses his why he’s going home, what he’s going to do there, and why he doesn’t mind being considered a regime change agent Read it here.