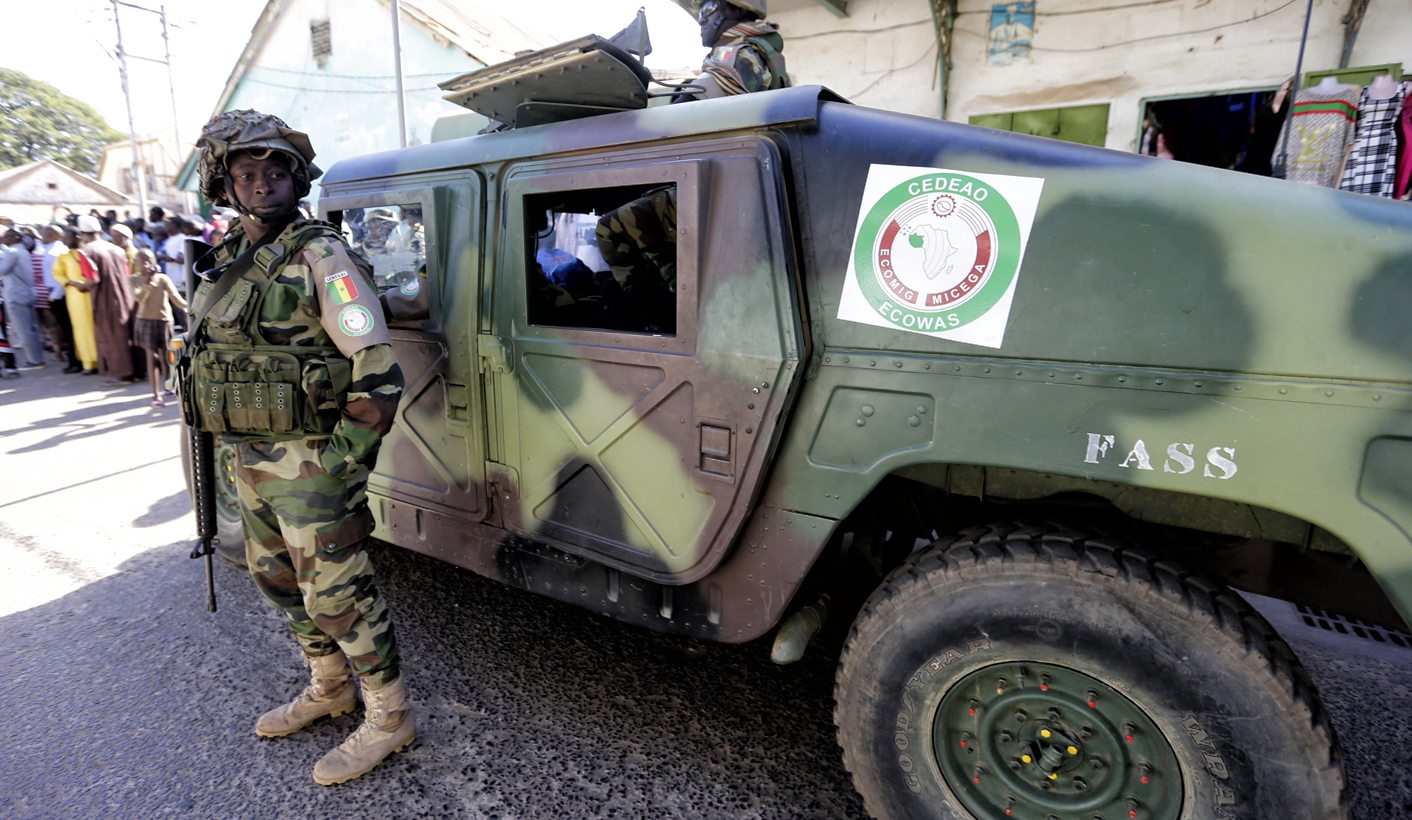 Although full-scale crisis seems to have been averted in the Gambia, many peace and security issues still need urgent discussion at the AU summit. By Ndubuisi Christian Ani for ISS TODAY.

For the African Union (AU) leaders attending the 28th AU Summit, the peaceful resolution of the Gambia’s electoral crisis by the Economic Community of West African States (ECOWAS) means they’ll be saved from having to mull over possible solutions when they meet on January 30 and 31.

The crisis started after former president Yahya Jammeh refused to accept the results of the Gambia’s December 2016 elections. Last week, on January 21, Jammeh finally agreed to step down and go into exile. This averted a possible military confrontation between the former president’s forces and ECOWAS.

The AU now needs to provide full support to ECOWAS and the new government of Adama Barrow to manage the fall-out of Jammeh’s dramatic exit.

ECOWAS, the AU and the United Nations (UN) will have to work closely with Barrow to meet the terms of the political agreement that led to Jammeh’s exit, and at the same time address the grievances of Gambians following Jammeh’s 22-year dictatorship.

Jammeh was guaranteed that he’d be protected from intimidation, harassment and any form of “witch-hunting” – with the same applying to his followers or former members of his regime.

The political agreement does not, however, provide any immunity from prosecution for the ex-president. Jammeh’s fate will therefore also depend on how committed Barrow, the international community and ordinary Gambians are to holding the former leader accountable for abuses during his term – while still upholding the “dignity, respect, security and rights” that he’d been promised.

Yet the situation in the Gambia is not the only burning issue on the continent that needs the AU’s urgent attention. Many other matters are expected to be addressed at the summit –whether in official discussions, or at meetings held on the side-lines. These include the conflict in South Sudan, tensions in the Democratic Republic of Congo (DRC), instability in Mali and the Sahel, turmoil in Libya and the war on al-Shabaab in Somalia.

Regarding the ongoing conflict in South Sudan, the AU has to work more closely with the UN regarding the deployment of a regional protection force, which had been mandated by the UN to prevent the violence from worsening. Kenya has already decided to pull its forces out of South Sudan due to rifts with the UN, thereby requiring mediation from the AU.

Progress also seems to have stagnated in the overall political process that was intended to restore peace and stability in South Sudan. The AU, UN and regional actors must urgently work to reach a common position on power-sharing and governance. This includes deciding on the fate of opposition leader Riek Machar, who is currently in South Africa. According to some analysts, there seems to be consensus among regional powers that stopping Machar from going back to South Sudan is key to preventing renewed fighting. But will maintaining the status quo in Juba lead to lasting peace?

Heads of state attending the summit will also be aware of the political tension resulting from President Joseph Kabila’s prolonged tenure in the DRC. The failure to hold elections in 2016 has led to violent political unrest in the country. A political accord, mediated by the AU, was reached on October 8 last year. The accord postponed the elections to April 2018, but failed to end the unrest and led to a new deal, which was signed by the governing party and the main opposition parties on December 31.

According to the new deal, which was brokered by the leadership of the Catholic Church in the DRC, Kabila agrees to hold elections in 2017 and then to step down as president. Some analysts, however, warn that such a move by Kabila could be a tactic to buy time, since the deal could falter as political parties wrangle for seats in a new government.

Terrorism and lingering conflicts in the Sahel are also extremely concerning for the AU. The AU is yet to decide on the proposed African force within the UN mission for Mali to combat worsening threats – both in that country and the Sahel more broadly. Various armed jihadist groups continue to take advantage of the limited presence of the government in the north to carry out attacks.

Armed jihadist groups have dealt a strong blow to peace efforts in Mali by attacking UN peacekeepers and signatories of the Agreement for Peace and Reconciliation. Al-Qaeda in the Islamic Maghreb reported that its close ally, al-Mourabitoun carried out an attack in a military camp in Gao, northern Mali, which killed over 60 people and wounded more than a 100 others on January 18.

The AU will have to push for a decisive solution to address the growing influence of terrorism in the region. The UN is already considering targeted sanctions in Mali.

Political instability and turmoil also continue to plague Libya. At the 27th AU Summit in Kigali, Rwanda, AU leaders resolved to convene a national dialogue for reconciliation in that country. However the AU has not yet outlined concrete steps on how to achieve this. National dialogue remains crucial to unite rival governments and leaders, including General Khalifa Haftar – who commands Libyan military forces in the eastern part of the country.

Finally, 2017 is a decisive year as the AU plans to commence its withdrawal of the African Mission for Somalia (AMISOM) by 2018, with an eventual complete exit planned for 2020. If AMISOM is to start pulling out by 2018, the AU has to work closely with the international community to intensify efforts in curbing al-Shabaab, and consolidate gains that have been made in state-building.

It remains doubtful whether a stronger military response could bring AMISOM any closer in its attempts to defeat al-Shabaab. The group has a strong ideological foundation that enjoys support among sections of the local population and other global extremist movements. A possible withdrawal of AMISOM would require reinforcing the state-building project with the buy-in of Somalis.

The success of the ongoing elections in Somalia is key in the state-building effort, but the electoral process has been marred by vote-buying and intimidation. This casts doubt over the maturity of Somalia’s democracy and statehood. For AMISOM to stay the course, the international donor community would have to regroup to empower AMISOM to attain its goals. DM

Ndubuisi Christian Ani is a researcher for ISS Addis Ababa.

Photo: ECOWAS Senegalese troops arrive to take charge of security at the presidential palace in Banjul, Gambia, 23 January 2017. According to an adviser of Gambia President Adama Barrow, over $11-million is missing from the Gambia’s state coffers following the departure of Yahya Jammeh. Ex president Yahya Jammeh flew out of the country into exile in Equatorial Guinea, according to regional group Ecowas. EPA/LEGNAN KOULA