Analysis: Can Germany be made to pay up for Namibian genocide? 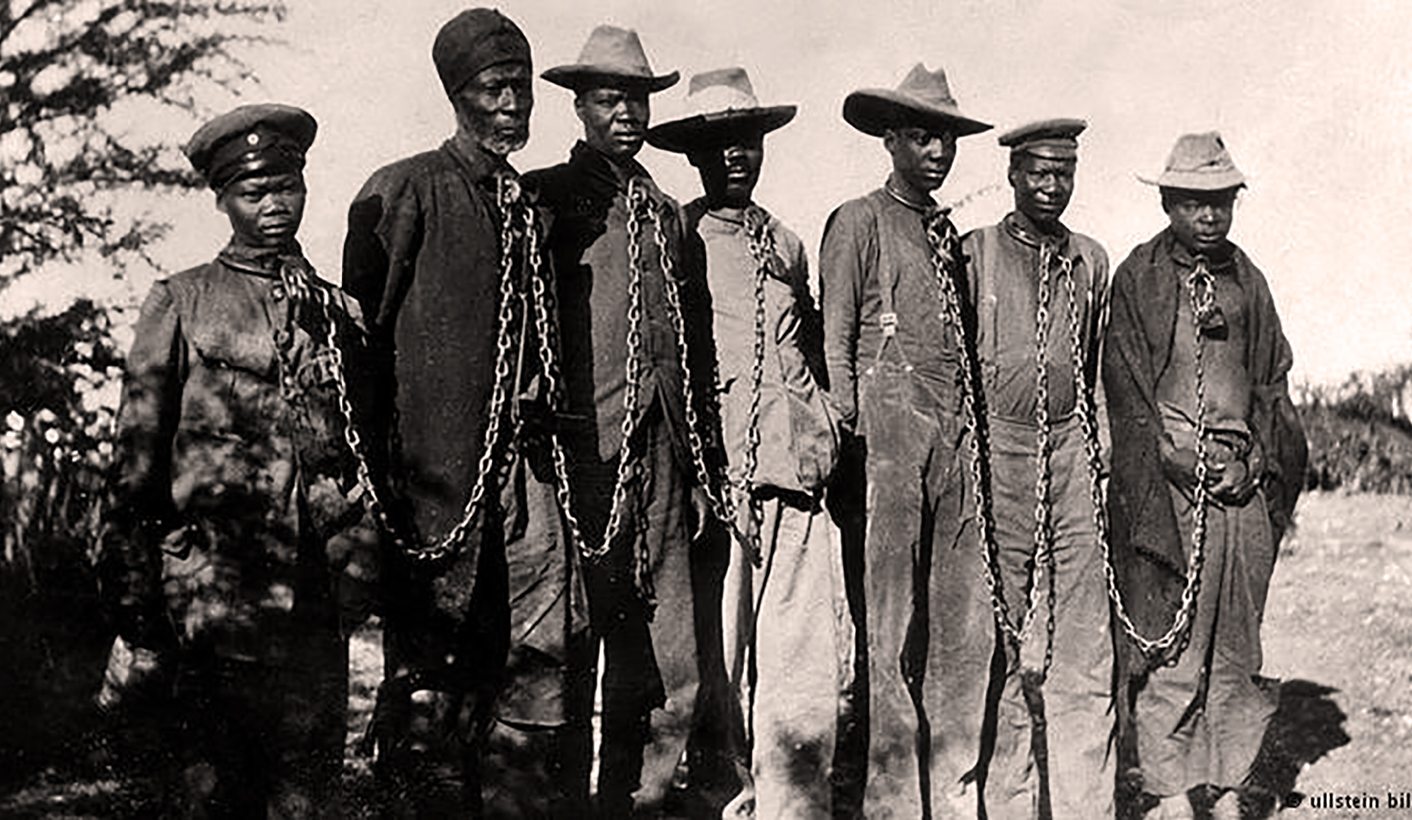 It’s known as the “first genocide of the 20th century”: the extermination of tens of thousands of Namibian people by the German Empire as punishment for a revolt against colonial rule. Now, their descendants say it’s payback time – but domestic and international politics are complicating matters. By REBECCA DAVIS.

That was the order given by German General Lothar von Trotha to his troops in current-day Namibia in 1905. “I do not accept women or children either: drive them back to their people or shoot them.”

A year earlier, the Herero people had attempted an uprising against the German colonial invasion of their land. The resulting fighting had left over 100 German citizens dead. German vengeance, when it arrived, was merciless. Over the course of the next four years, Herero and Nama people were raped, poisoned, shot, and forced into concentration camps. Thousands of their skulls were sent to Germany for racist experiments. An estimated 80% of Herero people were wiped out, together with half the Nama population.

Germany now acknowledges that what happened in Namibia between 1904 and 1908 was indeed “genocide”. But that has only been the case since July 2015, when the German foreign ministry issued a directive to that effect.

No such ambiguity has existed among the descendants of those affected by the genocide. For over 20 years, German leaders visiting their former colony have been met with demands for an apology and – more important – financial compensation. Though talks have been in progress between the German and Namibian governments for some time, no concrete agreements have been reached.

Now the matter has reached the New York courts, where descendants of the Herero and Nama people are suing Germany for damages. Their legal team is being led by attorney Kenneth McCallion, who has previously represented Holocaust survivors in successful claims against the German government.

Comparisons between German responses to the Holocaust and to the Namibian genocide are inevitable in this case. “The only difference is that the Jewish are white in colour and we are black,” Herero chief Sam Kambazembi told the New York Times recently.

Germany had paid an estimated $38.6-billion in reparations for World War II by 2000. Significantly, the country has paid reparations both to the state of Israel and to individual Jews, which is the precedent that the Namibian lawsuit will point to.

The case is being heard in New York because of a US law called the Alien Tort Statute. If that sounds familiar, it was the same law invoked by South Africa’s Khulumani group to file a case in 2002 in New York to sue multinational corporations for their role in supporting apartheid. That case dragged on for more than a decade, and ended in failure, beyond a small settlement from General Motors.

The death knell for the apartheid case was the outcome of a different suit brought by 12 Nigerians against Shell, arguing that the petrol company was instrumental in the Nigerian government’s crackdown against protesters from the Ogoni area – including noted activist and writer Ken Saro-Wiwa – in the early ‘90s. In April 2013, however, the US Supreme Court ruled that the Alien Tort Statute was inapplicable in that case because the mere fact that a business had a corporate presence in the US was not enough to justify the case being brought in the US.

At the time, it was held that the ruling in the Nigerian case would make it substantially harder for lawsuits involving offshore human rights abuses to be heard in New York.

The submission from the plaintiffs’ legal team cites the “incalculable damage” inflicted on the Herero and Nama people by Germany. This raises the question, however, of how one puts a price on something judged to be “incalculable”. The difficulty of calculating damages in this case could be one potential stumbling block. It’s not currently known what amount of money the plaintiffs are demanding, but back in the ‘90s, the figure being bandied around by Herero traditional leaders was $600-million.

Payouts for past injustices inflicted on a particular set of people have numerous precedents. $1.2-billion was paid post-World War II by the US government to Americans of Japanese descent who were interned during the war. More recently, the British government coughed up £2,500 for each of 5,000 Kenyans tortured or imprisoned during the 1950s’ Mau Mau rebellion. Other claims have failed, including one by Europe’s Roma people for compensation for their imprisonment and extermination.

In the Namibian situation, there have been two particular political impediments to a resolution. The first is Germany’s refusal to utter the ‘r’ word: reparations. The German government rejects the idea of reparations on the grounds that it maintains the 1948 United Nations Convention on Genocide cannot be applied retrospectively. As such, it has comprehensively ruled out the possibility of payments to individuals.

What Germany proposes instead is funding for various Namibian upliftment programmes and infrastructure projects. The “compensation”, in other words, would be dispensed through the Namibian government.

The Namibian government, perhaps unsurprisingly, seems on board with this notion. Namibian president Hage Geingob suggested, for instance, that German investment in wind farms might be one form of compensation – a notion which the actual descendants of Herero and Nama people dismiss angrily.

Namibia’s government has had an ambivalent attitude towards the genocide reparations push throughout. One issue is a fear of displeasing Germany, as a major trade and investment partner. Another sticking point is said to be a reluctance to publically back the case of the Herero and Nama people above other Namibian groups, on the grounds that all the indigenous people of Namibia were victimised by colonialism.

In October 2016, chairwoman of the Ovaherero Genocide Foundation Esther Muinjangue told an audience in Berlin that the Herero and Nama people had “no desire to get involved” with “purely bilateral negotiations between two sovereign states”.

History suggests that the Herero and Nama people are far more likely to win an even partial victory through a political solution rather than a legal one. Then again, the two are not unconnected.

“Political actions have a common history of being moved by extensive legal posturing, creating a powerful moral climate supporting reparations, and shaping public opinion,” legal scholar Sidney Harring wrote of the case over a decade ago. DM