Out for the count: ANC suspends  Marius Fransman

Out for the count: ANC suspends  Marius Fransman 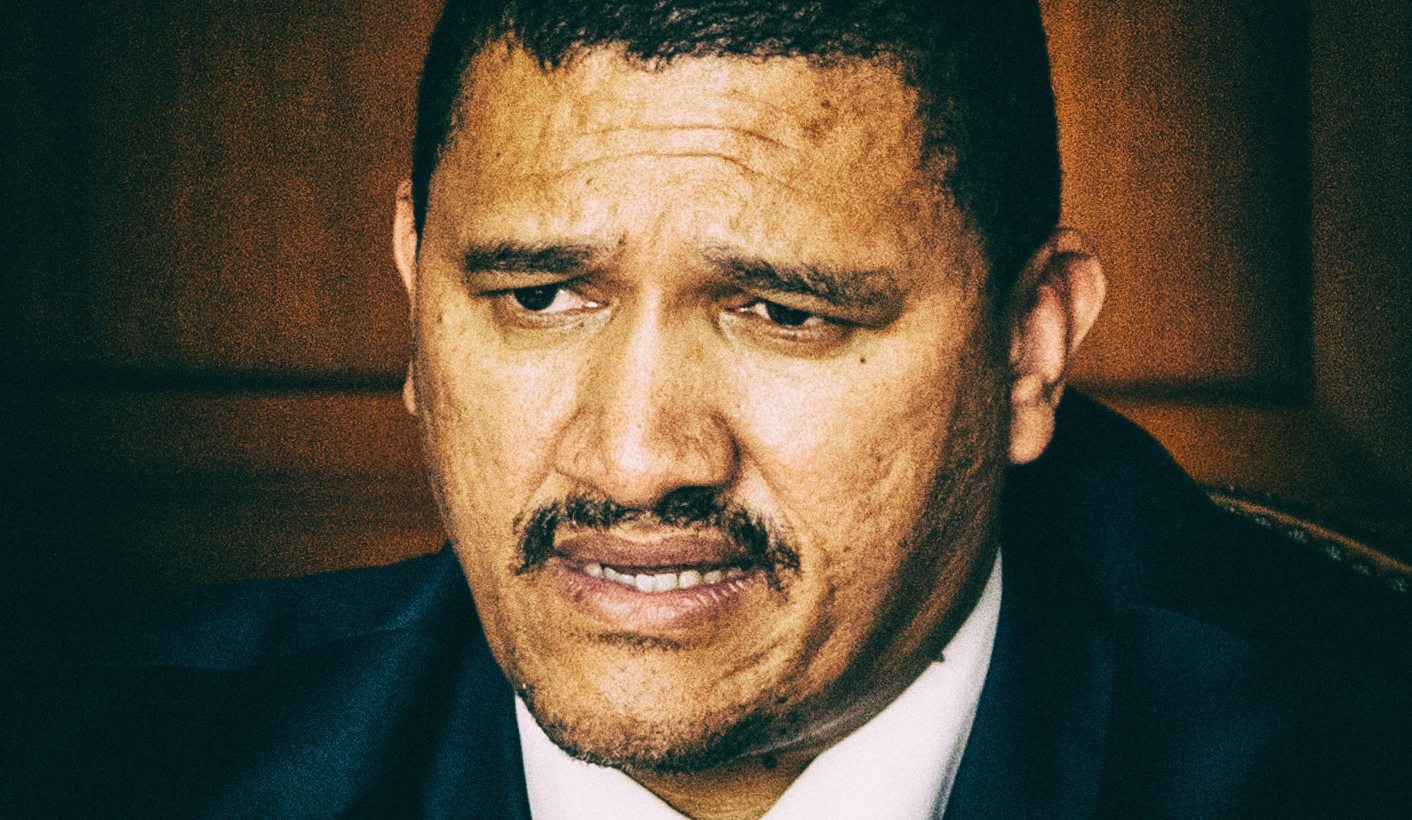 ANC Western Cape provincial chairperson Marius Fransman has been suspended by the party's National Disciplinary Committee for five years on two counts of misconduct including abusing his office for the purpose of attempting to obtain sexual favours. The decision marks the end of this career politician's divisive and controversial leadership in the region in which the ANC has steadily lost support. By MARIANNE THAMM.

Fransman went down fighting, refusing to attend the disciplinary hearing relating to charges that he had sexually assaulted the 21-year-old Louisa Wynand in January this year, charging that the entire process was a setup. Fransman had originally accused Wynand of being a “honey trap” set by his adversaries in the party, as well as blaming Tourism Minster Derek Hanekom and others in the ANC for orchestrating efforts to remove him.

However, in June this year Daily Maverick published a series of WhatsApps Fransman had sent to Wynand in the lead up to a journey to the ANC’s 104rd celebrations in Rustenburg and which indicated he had adopted an inappropriate flirtatious tone with a woman old enough to be his daughter and to whom he had allegedly just offered a job.

Wynand recounted her harrowing ordeal with Fransman in a hotel room in Kimberley only  after she had managed to escape from his group of fellow travellers once they had arrived at Sun City in Rustenburg near where the ANC’s January 8th celebration took place this year.

The SAPS too have dragged out the investigation shifting it around. The case remains with the NPA in the Northern Cape.

In a rather clumsily worded but well meaning statement, the ANC’s National Disciplinary Committee did not hold back saying Fransman had “showed no political understanding of one of the fundamental objectives of the ANC viz the support for and advancement of women’s emancipation. As provincial leader in the ANC he should have known about the triple oppression of South African women and the giant strides being made by the ANC to accord women their rights and to help them overcome their oppression”.

Fransman was found guilty on two counts of misconduct: “abusing his office for the purpose of attempting to obtain a sexual favour from Louisa Wynand and for making public statements which brought the ANC into disrepute.”

The NDC added that Fransman “deliberately misled the public when he said that he did not receive documents to enable him to prepare for his disciplinary hearing whereas in truth he was given all the relevant documents he needed to prepare his defence” and that “there is no room in the ANC for leaders and members, irrespective of position or seniority, who show scant regard for the values and objectives of the ANC and who consciously choose to define themselves outside the organisation in breach of their membership oath.”

Fransman, said the NDC, had not attended the meeting and had showed “no remorse for his misconduct.”

Fransman resigned as leader of the opposition in the Western Cape legislature in September, but not as a member of the ANC. This was shortly after the Western Cape High Court ruled against Fransman’s bid to not appear before the Provincial Legislature’s Standing Committee on Public Accounts (Scopa) in relation to mismanagement of irregular expenditure. This after the Auditor-General had investigated 31 contracts, including 20 from the Transport and Public Works Department finding that the Western Cape Health and Transport and Public Works Departments spent R9.2-million on consultants during the time Fransman was Public Works and Transport MEC. His colleague Pierre Uys had been MEC for health.

Fransman, an ally of President Zuma’s, came out of hiding in August surprising everyone out on the stump with Zuma during the President’s Western Cape walkabout in the Western Cape prior to the Local Government Elections.

Fransman is also known to be close to Western Cape underworld figure and alleged tax evader, Mark Lifman who was given a VIP invite to President Zuma’s birthday rally at Vygieskraal on April 12, 2014. Lifman was photographed backstage wearing an ANC t-shirt, chatting with Fransman.

Fransman, a teacher by profession was Mayor of Vredendal between 1995 and 1998 before being elected Provincial Secretary of the ANC in the Western Cape between 1997 and 2004.

In 1999 he became a Member of the Provincial Legislature for the ANC where he served as  MEC of Social Services and Poverty Alleviation. In 2004 he became MEC for Local Government and Housing in the province.

It was in his portfolio as MEC for Transport and Public Works, a position he took up in 2005, that Fransman is accused of mismanagement. In 2009 Fransman was appointed Parliamentary Chairperson for Higher Education and Training before being appointed in 2010 as Deputy Minister of International Relations and Co-operation.

While Fransman has enjoyed much support in rural areas it is his style of leadership which has been described as divisive and controlling that has severely corroded the unity of the ANC in the Western Cape. At present the party is more or less a spent force struggling to galvanise potential voters in the region.

Fransman’s departure will loosen the grip many feel he has continued to hold by proxies he has deployed in the party.

Louisa Wynand, the woman who was brave enough to speak out against a powerful ruling party member, found her life shattered afterwards. She had to cancel her 21st birthday party, alter her appearance and move out of her parental home in order to avoid intimidation and threats.

Daily Maverick was unable to reach Wynand for her response to Fransman’s suspension. Reports that Fransman would appeal the findings of the NDC could not be confirmed. DM