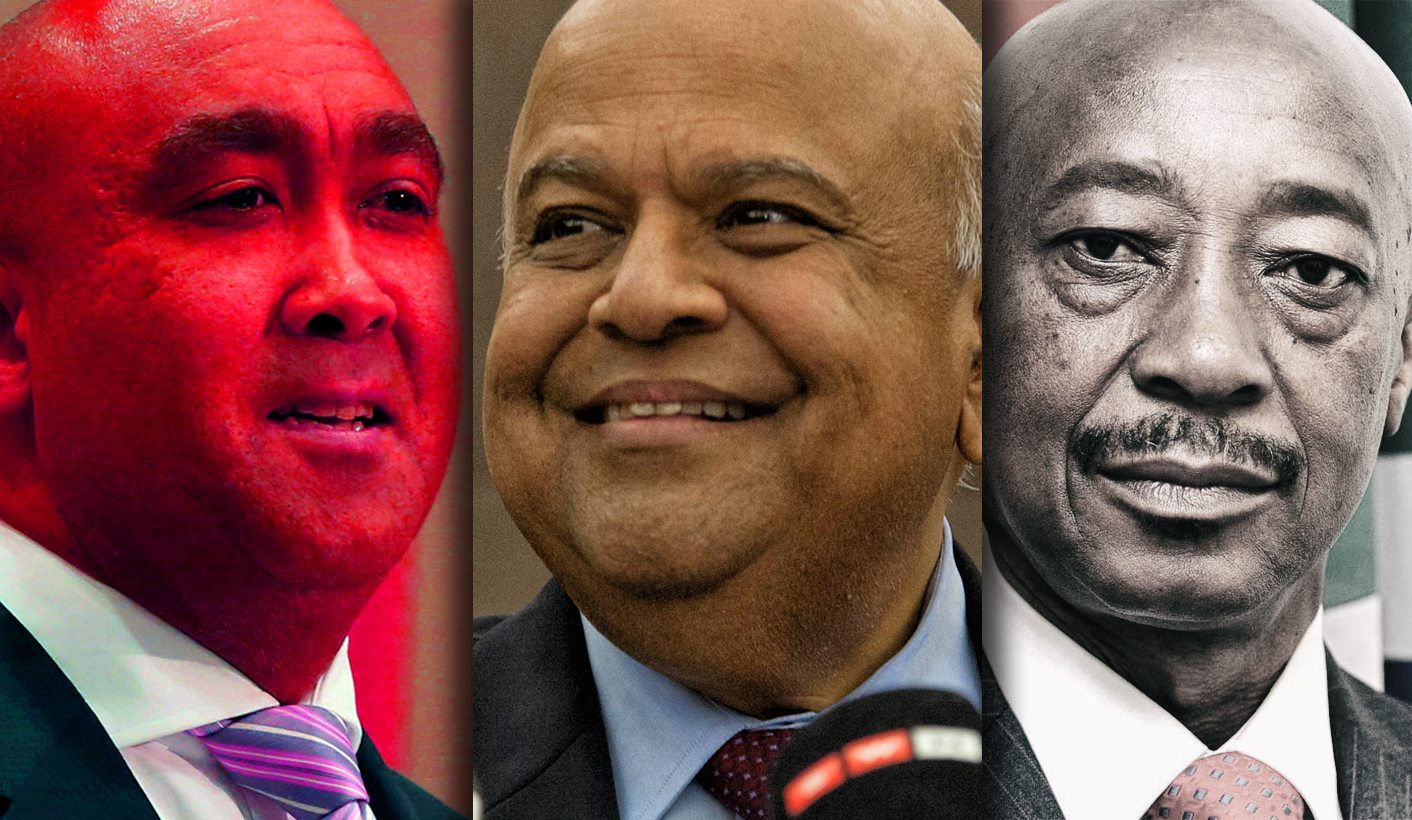 There is only one way forward for NPA head Shaun Abrahams after his announcement on Monday that charges of fraud and theft brought against the Minister of Finance Pravin Gordhan, former acting SARS Commissioner Ivan Pillay and Commissioner Oupa Magashula have been reviewed and withdrawn – the exit. If Abrahams would like the days of citizens, criminals and politicians alike disrespecting the NPA to be over then it must begin with his vacating the most important position in law enforcement in the country because of his own gross disrespect of the institution. By MARIANNE THAMM.

One thing about the constant and costly lawfare that has characterised the Presidency of Jacob Zuma – a man who entered the position with the threat of over 700 charges of corruption, fraud and racketeering hovering like a sword of damocles – it is that several precedents have been set, enabling the swift expediting of matters.

While NPA head Shaun Abrahams went to great lengths at his impromptu press briefing on Monday to explain that there had been, at first, enough evidence to pursue the charges  of fraud and theft with regard to the early retirement of acting Commissioner Ivan Pillay against Pillay, Minister Pravin Gordhan and former Commissioner Oupa Magashula – he has now decided to review and withdraw these.

Abrahams initially and coincidentally announced on October 11 that Gordhan, Pillay and Magashula would be charged with fraud and theft, a day after he had met with President Zuma, Minister of Justice Michael Masutha and others at the ANC headquarters at Luthuli House.

On Monday, in a clear attempt to minimise the massive political collateral damage and growing national discontent that has grown around the decision to charge Gordhan, Abrahams said that the reviewing of charges by his office “was not a rare occurrence”. And while that may well be the case, the hounding and charging of a sitting Minister of Finance with an ever-changing bouquet of charges, and using the same case number, certainly is.

The conduct of the NPA and the Hawks since the re-appointment of Pravin Gordhan to the Ministry after Zuma’s unexpected, sudden and unilateral firing of Nlhanla Nene in December, replacing him with regular Gupta family visitor Des Van Rooyen, can only be viewed as malicious, improper and politically motivated.

There is no doubt that opposition parties and various civil society organisations will now call for Abrahams to step down, resign or be removed from the position he has occupied since President Zuma appointed him in July 2015.

And a precedent has already been set. In 2012  Constitutional Court justice Zak Yacoob handed down a unanimous decision that President Zuma and then Justice Minister Jeff Radebe had both failed to consider evidence before them, including the findings of the Ginwala inquiry (into former NDPP Vusi Pikoli) when they had appointed Menzi Simelane to the position in 2009. Prior to this, Simelane had been a director general in the Justice Department.

Simelane’s conduct, said Ginwala, had been arrogant and she described his evidence as “contradictory and without fact or in law” and that his conduct had been irregular in relation to drafting a letter to then NPA head, Vusi Pikoli, to abort the imminent arrest of former police commissioner Jackie Selebi.

Zuma later appointed Simelane as NDPP, an appointment the Constitutional Court confirmed had been irrational.

On Monday, Abrahams conceded that the NPA had only learned of a crucial memorandum by SARS legal advisor, Vlok Symington, after the Helen Suzman Foundation and Freedom Under Law had filed an affidavit calling for the fraud and theft charges to be set aside.

It was this disclosure which led directly to the bizarre hostage drama at SARS headquarters on October 18 where HAWKS officers and Crimes against the State Head Brigadier Nyameka Xaba held Symington hostage as they attempted to retrieve an email by SARS lawyer David Maphakela to SARS Commissioner Tom Moyane that he could not be involved in the prosecution.

Abrahams finally passed the buck to the Hawks at the end of Monday’s briefing saying that the matter could easily “have been clarified” had there been “proper consultation with the Hawks”.

While it was Abrahams who had announced that it had been his decision to prosecute, he inexplicably played the hero on Monday and said it was he who decided to review the charges.