Analysis: Abrahams fumbles, Zuma blinks, but is Gordhan entirely off the hook? 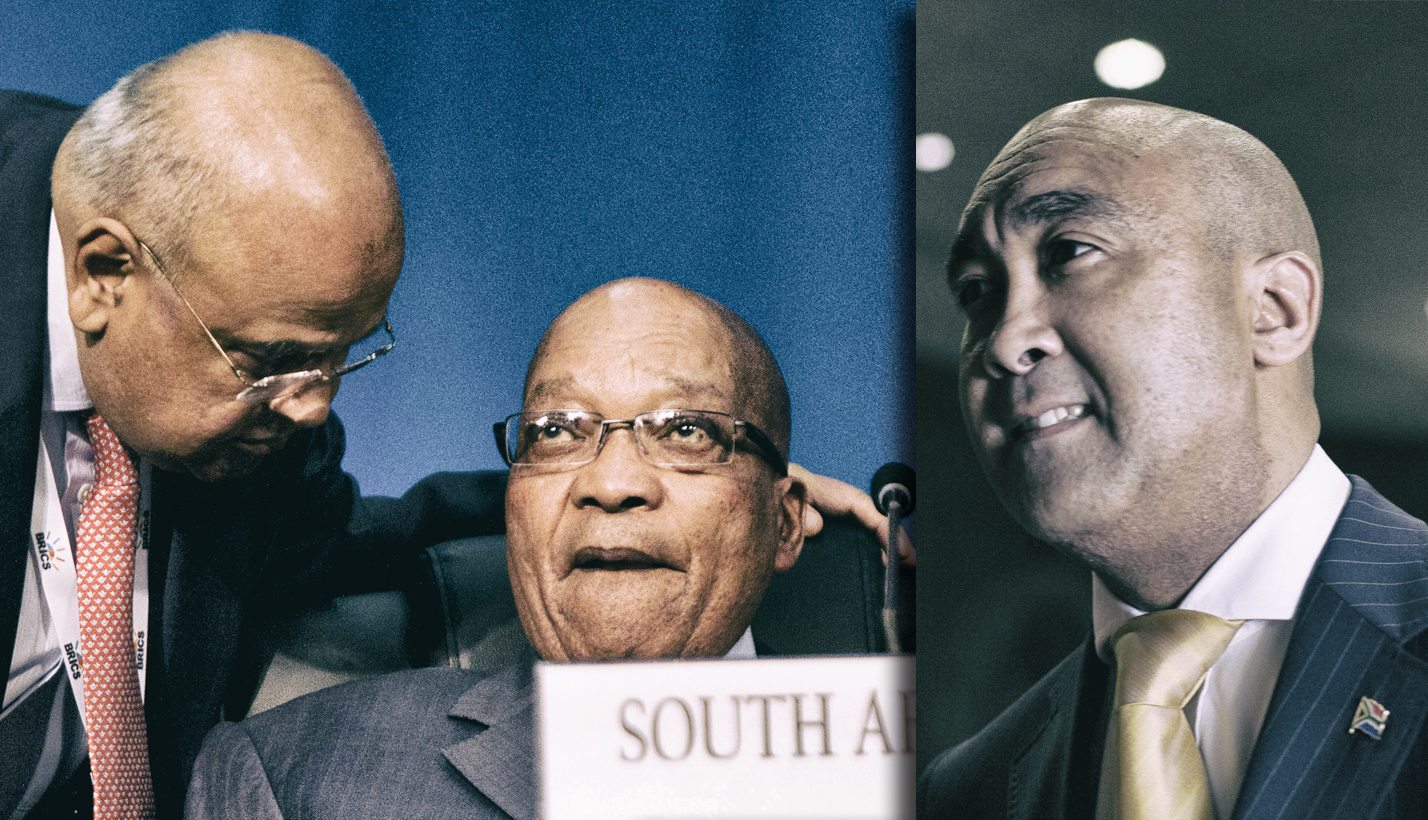 The announcement that the National Director of Public Prosecutions, Advocate Shaun Abrahams, had decided to discontinue the prosecution of Pravin Gordhan, Oupa Magashula and Ivan Pillay probably did not come as a surprise to close watchers of our political scene. The outcry from civil society was such that even he could not ignore it. For many people, this was literally the issue that would decide whether we would continue to resemble a functioning democracy or be downgraded to junk. But the real importance of this decision was for the ANC, as the charges against Gordhan threatened to split it down the middle. Abrahams blinked. President Jacob Zuma blinked. Gordhan looks safe in his position for now. And once again we have proof that Number One may be Number One, but he cannot do everything he wants to do. By STEPHEN GROOTES.

Shaun Abrahams may have hoped that his decision would prove that he is “independent” and doesn’t follow a political agenda. Unfortunately for him, all it did was prove that he is not competent. It simply beggars belief that the head of the NPA would actually hold a press conference to announce the charging of a sitting Minister of Finance, and not actually be sure that the charges would stick. And, he probably broke the law in this.

Every day you will read a newspaper about a person who has been charged with a crime, but cannot be named as they have not yet appeared in court. The reason for this is to give them an opportunity to remain anonymous in case the court quashes the charges immediately.

Why, Advocate Abrahams, was Gordhan not given the same treatment?

Any doubts about the conduct of Abrahams can also be laid to rest with this simple point; Abrahams did not apologise, or even think of apologising. Why not? If the agency you are responsible for mistakenly, and publicly, charges someone, causes the JSE to lose billions and the rand to totter, and if the person charged is a public person in high office, then surely you make some measure of atonement. A simple “As the NPA we would like to apologise” would have done it.

But no. Either it’s arrogance, incompetence or political instruction.

Abrahams will deny political instruction. But he still has not offered an adequate explanation for his presence at Luthuli House, and his meeting with Zuma the day before he announced the charges against Gordhan. This is something that should never have happened, cannot be explained away, and demonstrates that he cannot remain in office. You simply cannot, as the National Director of Public Prosecutions, go to the headquarters of a political party for a meeting. Any meeting, with anybody. And any explanation you offer is going to be met with what it deserves. Derision, disbelief, and possibly disbarment.

So then, to the next and most important question. Is Gordhan off the hook totally? Or will those charges relating to the controversial unit he set up now come back?

Legally, there could be quite a tussle over wha was done wrong here. But even if there is merit in the charges (and it seems unlikely that there is), it would surely be close to impossible for Abrahams to bring them. He, through his own conduct, is a busted flush. He will look even more like a political pawn than he does now. The various applications that will now be lodged to remove him or suspend him from his post, or to disbar him as an advocate, will suddenly have the legal impetus they need to be classed as “urgent”.

But there is another, more interesting reason why it seems unlikely Gordhan will now face any charges relating to that unit. It seems, at the moment anyway, that the ANC does not want him to. In the party’s statement “welcoming the decision” to drop the charges was this: “The ANC calls on the appointing authority to engage the NPA leadership to avoid a repeat of this and to protect the independence and integrity of the NPA.” As always with ANC statements around Gordhan, there may be more than one way to interpret that. But one of them must surely be that the party is telling Zuma to tell Abrahams to behave himself. Perhaps they are even going as far as to warn Zuma to leave Gordhan alone.

If so, this is more evidence of the clear blue water between Zuma and most of his party. Time and time again we see Zuma behaving in a certain way, and the party having to live with it. Time and time again a Faith Muthambi or a Mosebenzi Zwane or a Hlaudi Motsoeneng has done what they like. And the ANC has tried to call them to order, to no effect.

Luthuli House probably breathed a bigger sigh of relief than most on Monday. It was facing the prospect of Gordhan in court on Wednesday. And of Cabinet ministers and NEC members and provincial ANC leaders going to court to defend Gordhan against, basically, their own government. One can’t imagine a bigger and more important illustration of the differences between the ANC and Zuma than that. Gwede Mantashe had already tried the old tactic of “ordering available members of the NEC” to go to court to support Gordhan. Some may believe this shows the support he has. Actually, it’s just an attempt to paper over the cracks, to give the illusion of unity. It would provide cover for those who want to go, and give those who oppose Gordhan a chance to spin like hell when they’re there. It is the old stratagem the ANC uses from time to time of trying to get in front of the story, like it did by trying to get the ANC Youth League involved in the Higher Education protests.

Now that this case is off the table, the opposition parties and civil society movements and CEOs can march all they like. Immediately after Abrahams’s announcement, the SACP cancelled its march. There is just no way that it could march in the same area as the EFF, without the Gordhan case being under way at the time. This means this march is now reduced to a grouping of people opposed to Zuma. Significant, important, but not as damaging to the ANC. Tellingly, this was almost the first point Mantashe made when he spoke to 702’s Xolani Gwala, that there was no longer any need to march.

Then we need to examine the current balance of power between Gordhan and Zuma. It would appear that Zuma’s hand has been weakened. If you accept that there was a political motive behind the charging in the first place, then surely it was to weaken Gordhan and to remove him from the Cabinet. That failed. There was no momentum behind any calls for Gordhan to resign. In fact, Zuma’s failure to remove him during the period while he was charged may even be a sign of weakness – it shows he has not gained any strength since he was forced to appoint Gordhan in December last year.

But there is one advantage for Zuma and those whom he represents in this. Gordhan’s hand is now known too. Presumably the application by Gordhan asking the courts for a ruling that he could not as Finance Minister force the big banks to keep doing business with the Guptas, which in turn revealed their R6.8-billion worth of suspicious transactions, was a response to being charged. It was move by Zuma, countermove by Gordhan. And it was a well-prepared countermove that had clearly been plotted well in advance. Now Zuma knows what Gordhan’s hand is. It may be that he has other cards to play, but certainly this one has now been revealed.

Zuma will no doubt deny that he is in any conflict with the person he was forced to appoint as Finance Minister. Gordhan has won the day. It seems likely that there is more turbulence to come. Zuma has to try to achieve his aims without upsetting the ANC too much. And this is all going to continue winding down in its awful glory until the ANC’s leadership conference next year. With all the panache and poise of a slowly twisting painful arm-wrestling competition. DM