Onside/Offside: The sporting week that was October 9-16

Onside/Offside: The sporting week that was October 9-16 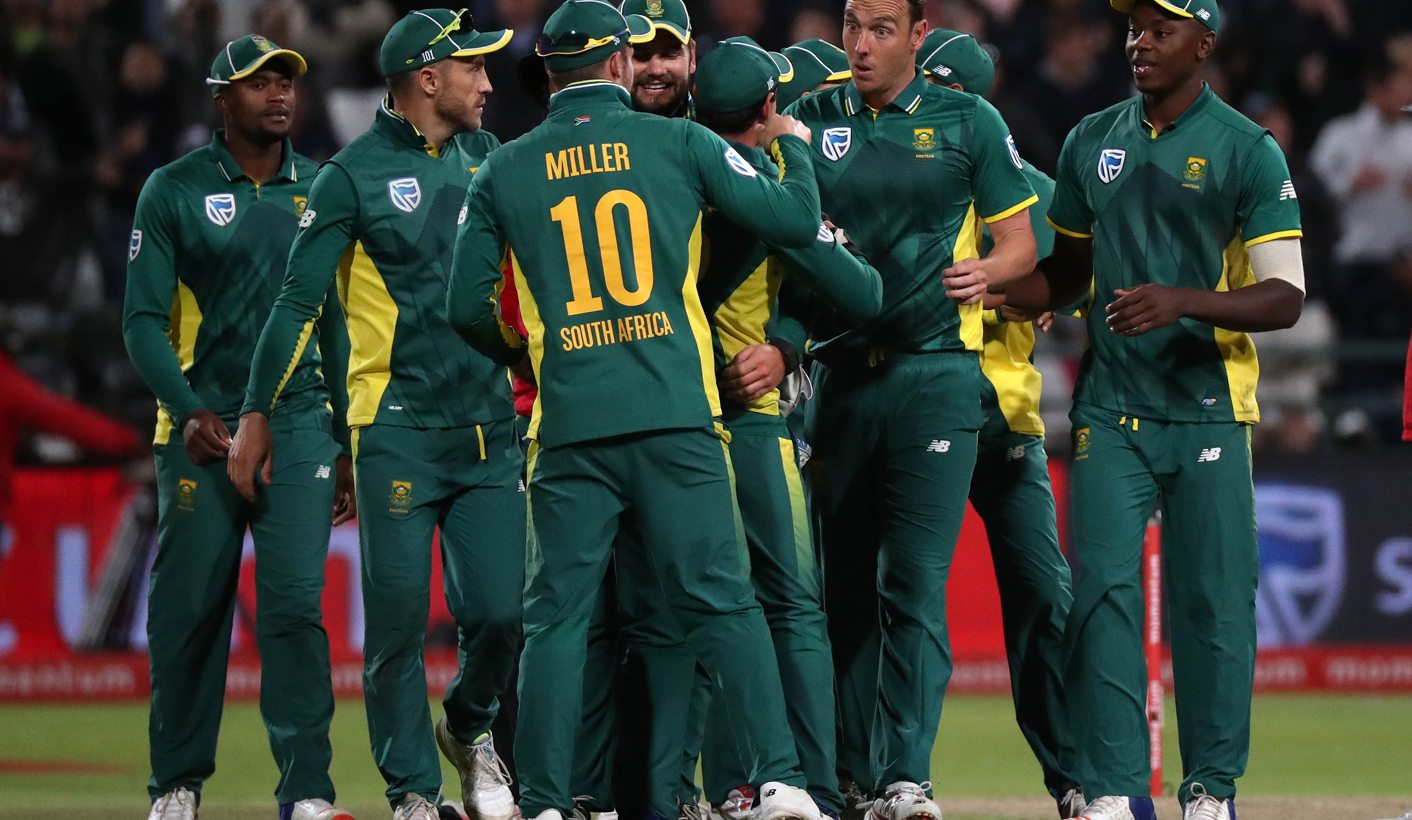 Missed any of the week’s big sports stories? Want to sound like you know what’s up around the braai fire this weekend? Fret not, we wrap up, dissect and digest all the action from the sporting week that was. By ANTOINETTE MULLER.

While we do our best to cover big things like historic whitewashes over Australia in-depth, there are news tidbits that sometimes slip through the cracks. But we’re all-seeing here at Daily Maverick and in this new weekly feature, published every Friday, we’ll bring you an overview of the good, the bad and the often bizarre news that you might have missed.

This week we look at the looming “coaching indaba”, Nick Kyrgios completely losing it on the court, fans who have started a petition against transformation in South African rugby (they want their racism back) and Sascoc’s defence of those hideous tracksuits, among other things.

South African rugby will host a conference next week where a group of middle-aged white men with giant egos will try to solve all that is wrong with the sport – both in the short and the long term. Excuse the hyperbole, but it is necessary for something seems so completely and utterly dumbfounding. Yes, South Africa can use a bit of a knowledge scrum right now, but surely nobody is completely surprised by the current state of rugby in the country? The whole system has been built on conservatism and elitism and that’s not going to suddenly go away because one team did all right in Super Rugby by playing a slightly more exciting brand than the skop, skiet en donner approach that worked for South Africa for years. If rugby is going to progress it needs innovative thinkers, not the same-old, same-old who have been there and done that and regurgitate the same things they’ve all been saying for years. Oh, to be a fly on the wall…

And for this week’s version of the whitest whites that ever whited, anonymous bloggers – insofar as hiding behind posts with no names, but not hiding their who is – have launched a petition in which they claim that quotas are absolutely everything that’s wrong with South African rugby and Allister Coetzee was be booted along with quotas. We’ll not warrant a link to their waffle here, but, in essence, quotas and transformation are apparently the sole reason for South African rugby’s decline. There’s no mention of the Heyneke Meyer era and the legacy that left behind for Allister Coetzee, but these same people will happily dismiss Pieter de Villiers’ relative success as being built on the foundations of the Jake White era. There’s also no mention of the fact that, you know, South Africa still isn’t tapping into the talent pool that exists in the country’s majority population.

Be gone with all your sportsmanship and good behaviour. Kyrgios did the human equivalent of the shrugging smiley by not bothering at all when he played world No 110 Mischa Zverev in the Shanghai Masters this week. At one point, he approached the umpire Ali Nili and asked: “Can you call time so I can finish this match and go home.” Kyrgios channelled his inner Cartman by, among other things, walking off the court before his opponent had returned the ball and made no attempt to return a serve. He also told a fan who asked him to “respect the game”: “You wanna come here and play? Sit down and shut up and watch”. If this were cricket, all sorts of words would be thrown around by now. Why then, you might be wondering, did this land up in the “onside” section? Well, because we are all constantly bemoaning how “boring” sports people are and all the “mundane” quotes we get from them. Kyrgios gets full marks for absolutely not giving a shit and ensuring that subs at least have something entertaining to read from the post-match presser for a change.

It’s not quite been “all change, please” over at Fifa, but one thing that new president Infantino is pushing for is to have a staggering 48 teams at the World Cup. While that sounds nice and fluffy in theory (expansion is a good thing), not everyone is so happy. Infantino is giving the plan until 2026 to unfold, by which time the Earth would probably have imploded under the lunacy that is currently unfolding all around us so critics who suggest that it will “dilute the competition” might not have too much to worry about. We’ll all be dead.

Yorkshire’s finest and one of Great Britain’s greatest athletes of all time has decided to stop over-achieving by taking part in almost every single track and field event and hang up her spikes. Jessica Ennis Hill did the modern-day thing and announced her retirement from athletics on Instagram. She’d hinted at retiring after winning silver at the Rio Olympics and said it was “one of the toughest decisions I’ve had to make”.

Out of all things that the South African Sports Confederation and Olympic Committee (Sascoc) has to answer for, it’s the Olympic tracksuits that raised the most ire during the Olympics. This week, Sascoc appeared before the Portfolio Committee on Sport and Recreation to talk about how Team SA fared at the recent Olympic Games. Obviously the tracksuits came up. After the Olympics, a few athletes mentioned how their sizes were never taken and how they had to pay out of their own pockets to have their tracksuits fitted. Gideon Sam justified this by saying the athletes “preferred” the baggy tracksuits, which is quite contrary to athletes forking out for a tailor. And while Sascoc claims that there’s no money to have tracksuits designed by “famous designers” and that brands like Puma and Nike failed to commit, the answers on how the R70-million in lottery funding was spent are not forthcoming. DM

Seen something you think should appear in next week’s Onside/Offside? E-mail [email protected]

Photo: Kyle Abbott of South Africa celebrates taking the wicket of Travis Head of Australia with teammates during the fifth One Day International cricket match between South Africa and Australia at Newlands Cricket Ground, Cape Town on 12 October 2016 ©Chris Ricco/BackpagePix