Whitewashed: Six things the series win over Oz tells us... 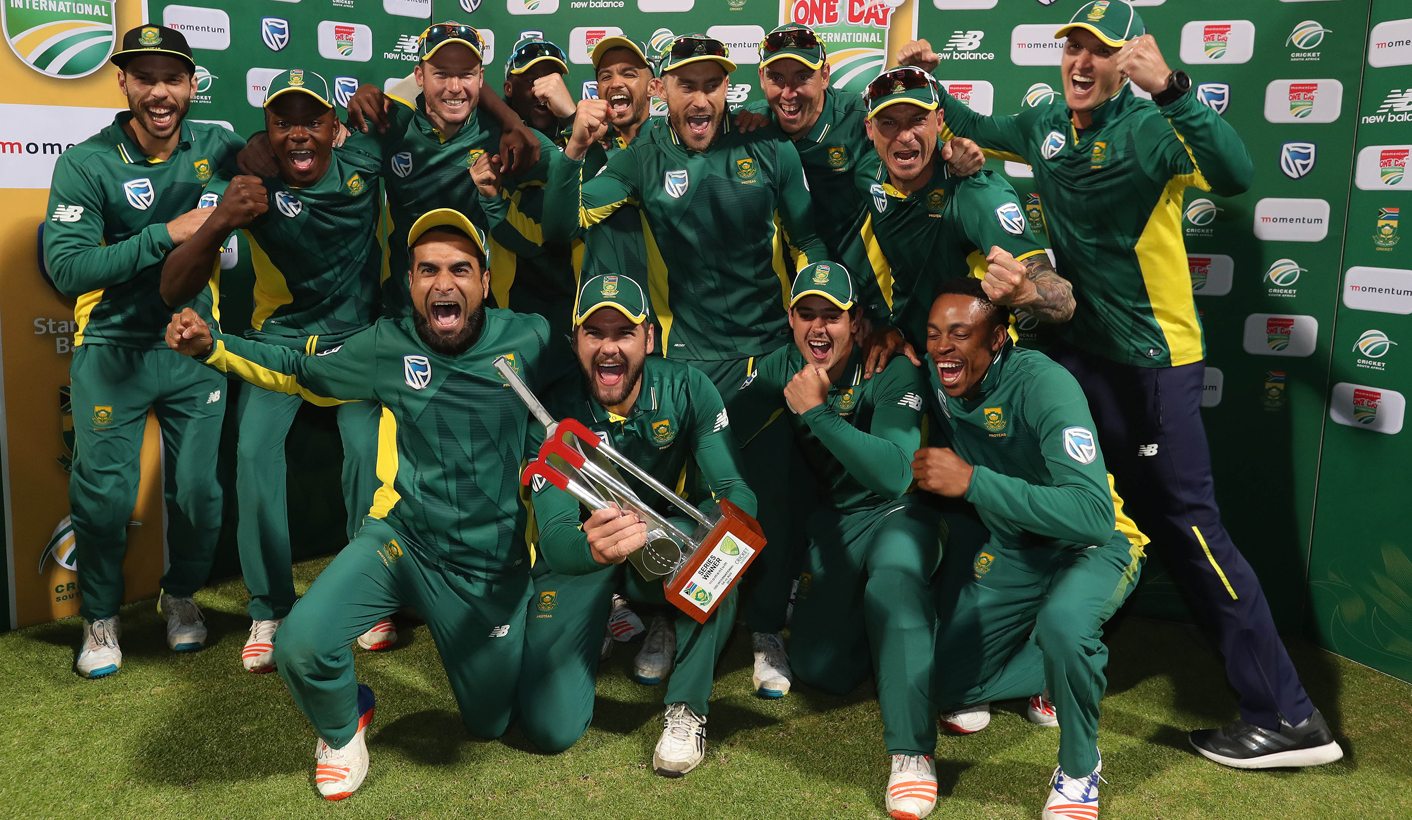 For the first time in a long time, the South African limited overs team actually makes you sit up and take notice. The Proteas completed a 5-0 series win over Australia after wrapping up the series at Newlands on Wednesday night – and if this series is anything to go by, the team has the potential to develop into a pretty exciting side. By ANTOINETTE MULLER.

It’s been a while since South African fans have had something to feel good about and while a whitewash against any old team would have been a sweet antidote to the woes of the past few months, having a whitewash come against the old Australian foes undoubtedly made that antidote just a little bit sweeter.

Faf du Plessis’s men became the first ever side (of all teams) to whitewash the Aussies in a one-day series, quite a feat considering they did not have their best batsman – AB de Villiers – to help them out. Over the course of the five matches, the Proteas were feisty, consistent and it never looked as though they were too reliant on a certain part of the team.

South Africa wrapped up the series with a 31-run win on Wednesday night, having won the toss and electing to bat first, setting an imposing target of 328, thanks to a fine century by Rilee Rossouw and a solid contribution from JP Duminy. And although David Warner tried his best to win the game for Australia all on his own, he couldn’t quite get his side over the line and South Africa clinched a 31-run victory.

Australian “B-team” or not, the South African limited overs squad have plenty of reasons to be positive. They have consistently improved as a unit and played an exciting and sometimes innovative brand of cricket. That’s not to say there aren’t areas which can’t be improved upon, but if there were any hangovers from the 2015 World Cup woes, those have surely now been obliterated.

It’s been mentioned on these pages before, but under Du Plessis, South Africa just seem to have an extra edge about them. It bodes well for what is sure to be a feisty Test series Down Under. The only slight concern is perhaps how quiet the close fielders – particularly Quinton – de Kock are. When Imran Tahir and David Warner were gobbing off at each other during Wednesday night’s ODI, De Kock was quiet as a mouse while the umpires and players were trying to calm things down. Let’s not kid ourselves, conduct on the cricket field is anything but gentlemanly and while this is by no means encouraging crudeness, being irksome is a trait worth having against cocky opposition like the Aussies.

Performing in a clutch game

The win that sealed the series in Durban was probably South Africa’s best result of this tour. So often in the last few months, the team has been too heavily reliant on either the top order or the bowlers. On this tour, every player has pulled his weight when it mattered and it was never more evident than in Durban. David Miller engineered a victory from the jaws of the defeat, finally living up to his domestic reputation as being a destructive “finisher” for any situation. Well supported by rookie Andile Phehlukwayo, South Africa pulled out the kind of under-pressure performance they’ll hope to replicate in an ICC tournament in the near future.

Andile Phehlukwayo, a chip off the Lance Klusener block

Out of all the young players South Africa has to be excited about, Phehlukwayo is the one that gets the blood pumping most. He’s only 20, but has already shown that he is mature beyond those years and can perform under pressure. Getting the kind of knock he had in Durban out of the way early in your career – and coming out at the other end unscathed – will go a long way in making him feel that he belongs in international cricket. The Dolphins player is cut from the Klusener cloth of old-school all-rounders – cheeky, destructive and super cool.

Rilee Rossouw is not as one-dimensional as once feared

Would you believe Rilee Rossouw has already played 36 ODIs for South Africa? At the start of his career, there were some concerns that Rossouw can only bat in a certain position, but he has now scored a century opening the batting and two batting in the middle order. He has averaged 45 or more in the last two calendar years and scored over 1,000 runs in that time – the fifth most of any South African. Clearly there’s more to Rossouw than the two ducks he made in his first two outings in coloured clothing.

It’s been written on these pages before, but it warrants another inch or two after Imran Tahir’s performance on Wednesday night. Tahir is still the best white ball bowler in the country – and definitely one of the best in the world – and he should almost always be the first spinner’s name that goes down on the team sheet. However, with Aaron Phangiso and Tabraiz Shamsi putting in impressive performances, it means that there’s no room for complacency and need to man the panic stations should Tahir get injured.

Much ado about transformation

When Cricket South Africa announced that they would be introducing targets at national level, the doomsayers who troll comment sections on the internet were convinced that this was the end of the cricketing world as we know it. Turns out, they were right. Gone is the inconsistency this team has had over the last few months and in is a competitive and ruthless edge. This is hyperbole, of course, and certainly does not mean that targets at the top level should be a means to an end or that implementing them at national level is necessarily the right thing. It’s just another reminder that transformation does not equate to mediocrity. It simply means access to opportunities. DM