amaBhungane: Jonas Makwakwa, then SARS No 2 executive, secured a job for his girlfriend 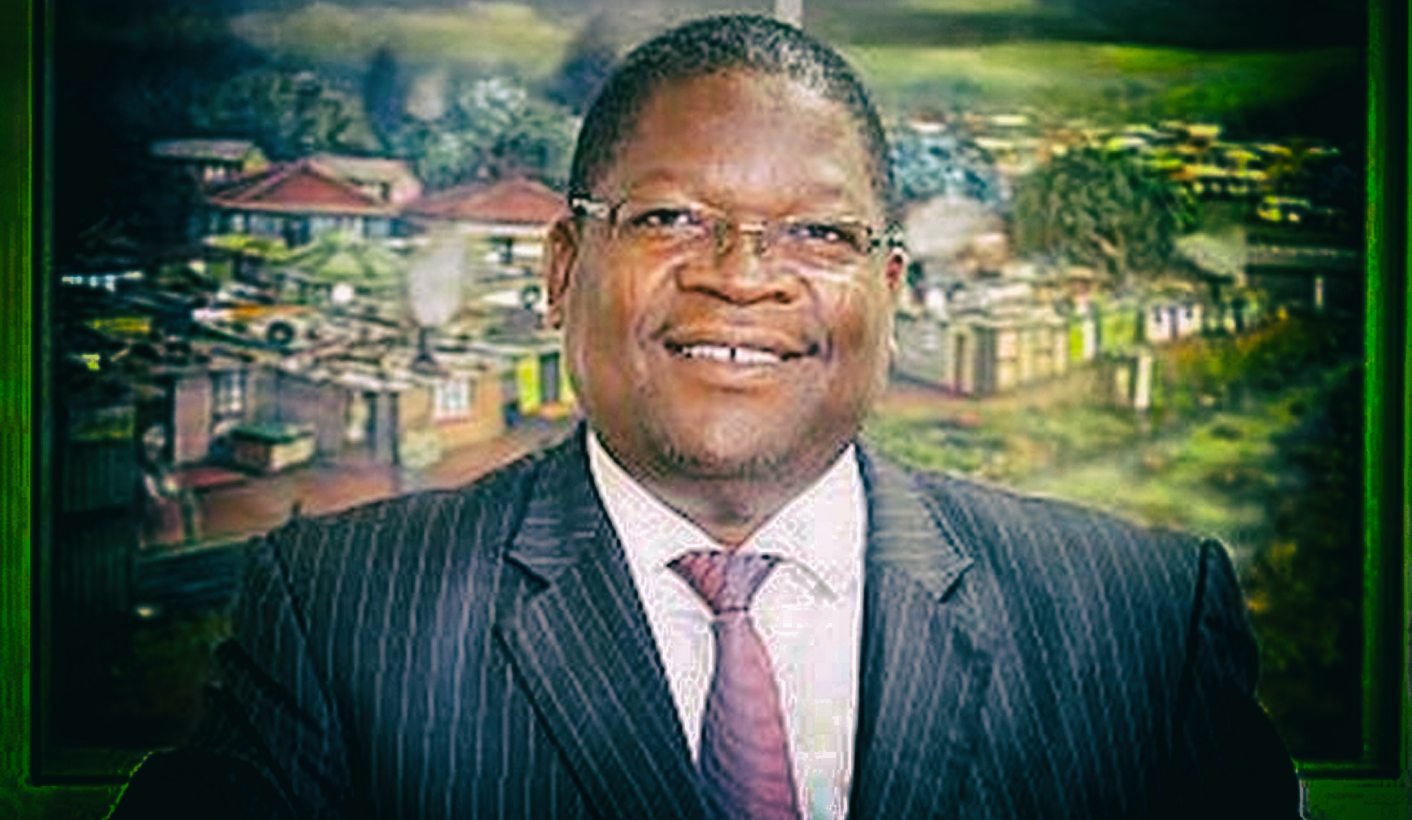 Suspended tax chief Jonas Makwakwa allegedly used his influence at the South African Revenue Services (SARS) to secure a position for his then-26-year-old girlfriend. Kelly-Ann Elskie was transferred from her position as a personal assistant in March last year, and given the title of junior consultant: legal and policy in SARS’s high court litigation unit, which deals with the tax authority’s most high-profile and sensitive cases. By Susan Comrie for AMABHUNGANE.

Makwakwa (47) and Elskie (now 28) were the focus of an amaBhungane exposé last month that revealed details of an explosive report by the Financial Intelligence Centre (FIC).

The report identified “suspicious and unusual” payments totaling R1.7-million that were paid into their bank accounts over a six-year period.

Among the payments red-flagged by the FIC were three large cash deposits – each of over R100,000 – made into Elskie’s bank account and a payment that Makwakwa made on a Mercedes Benz C220 Bluetec, allegedly given to Elskie as a 27th birthday present.

Makwakwa was placed on suspension on September 15, four days after amaBhungane and the Sunday Times broke the story.

“Ms Kelly-Anne Elksie has been suspended pending an investigation into allegation of suspicious deposits into her personal account and other related issues. SARS has appointed an independent and reputable international law firm, Hogan Lovells, to investigate the matter… SARS will not comment further until the investigation is completed.”

In March last year Elskie was transferred from SARS’s anti-corruption and security division (ACAS), where she was personal assistant to section head Clifford Collings, to the more prestigious position in the legal and policy division.

Several sources, who spoke to amaBhungane on condition of anonymity, allege that after Collings resigned from SARS, Makwakwa personally recommended Elskie for a position in the unit on grounds that she had the required legal training.

Makwakwa was not in charge of ACAS, but on January 14 he signed off on the transfer application as her line manager:

Documents also show that the proposal was to transfer Elskie “with post and budget”, making it unnecessary to create or advertise a new post.

At the time, Makwakwa held two senior positions at SARS, as group executive: audit, and acting chief operations officer. However, neither ACAS nor the legal and policy division fell under his jurisdiction.

SARS and Makwakwa declined to comment on why he involved himself in Elskie’s new appointment.

Both SARS and Makwakwa also declined to comment on allegations that he failed to disclose his relationship with Elskie when recommending her for the position.

Elskie is said to have boasted to colleagues about the powerful position her “husband” held in SARS, but many were unaware that she was referring to Makwakwa, who is still married to another SARS official.

Makwakwa and Elskie referred all amaBhungane’s questions to SARS, who declined to comment beyond confirming that Elskie had been suspended.

Sources allege that when Elskie joined the unit in March 2015, it soon became apparent that she was not qualified for the position.

She repeatedly clashed with colleagues in the unit, and would retaliate by warning them that her “husband” held a high-profile position in the revenue service. Makwakwa was never mentioned by name, but on at least one occasion sources say he intervened on her behalf with her line managers.

On her transfer application Elskie stated that she held several appropriate legal qualifications, including a BA Law degree from the University of Pretoria, a certificate in corporate forensic investigation and SARS training in “anti-corruption in the public sector”. She also indicated that she intended completing an LLB in 2015 and 2016.

However, numerous sources allege that Elskie’s claim to hold a law degree is false. When amaBhungane pressed her on this, she referred all questions to SARS’s human resources department.

AmaBhungane has filed a request to the University of Pretoria under the Promotion of Access to Information Act, asking whether any record of her qualification exists.

Elskie’s transfer to a unit involved in high-value tax disputes also heightens concerns about her role in receiving the cash deposits identified by the FIC report.

During her eight months in the High Court litigation division she would have gained an insight into SARS’s legal strategy in some of their most high-profile cases.

The types of cases dealt with by the high court litigation unit include SARS’ R541-million claim against Robert Huang’s Mpisi Trading.

Huang, a sometime ANC benefactor and associate of President Jacob Zuma’s family, has been accused in court papers of operating a network of front companies designed to avoid paying tax. Huang denies any wrongdoing.

The FIC report also does not identify any companies or individuals that they suspect of making payments to Elskie.

What the confidential report does say is that in December 2015, about a month after Elskie left the litigation division, allegedly after a dispute with a senior manager, three cash deposits totalling R450,200 were made into her bank account at three Absa branches.

The FIC noted that in two of the three cases, cameras were able to identify Elskie as the depositor.

It said: “The source of these funds is unknown and the value of these cash deposits is suspicious and unusual considering the financial profile of [Elskie].” DM

This article was produced by:

We are an independent, non-profit investigative journalism centre. Like this story? Be an   amaB supporter. Sign up for   our newsletter. Visit us at   amaBhungane.co.za.