Here\\\'s an illustration. Our role is to defend democracy. You don\\\'t need to read the news every day but we do need to report on it.

If you value the work we do (and we have a sneaky suspicion you do because you\\\'re here reading it) then help us continue our work by becoming a Maverick Insider member. 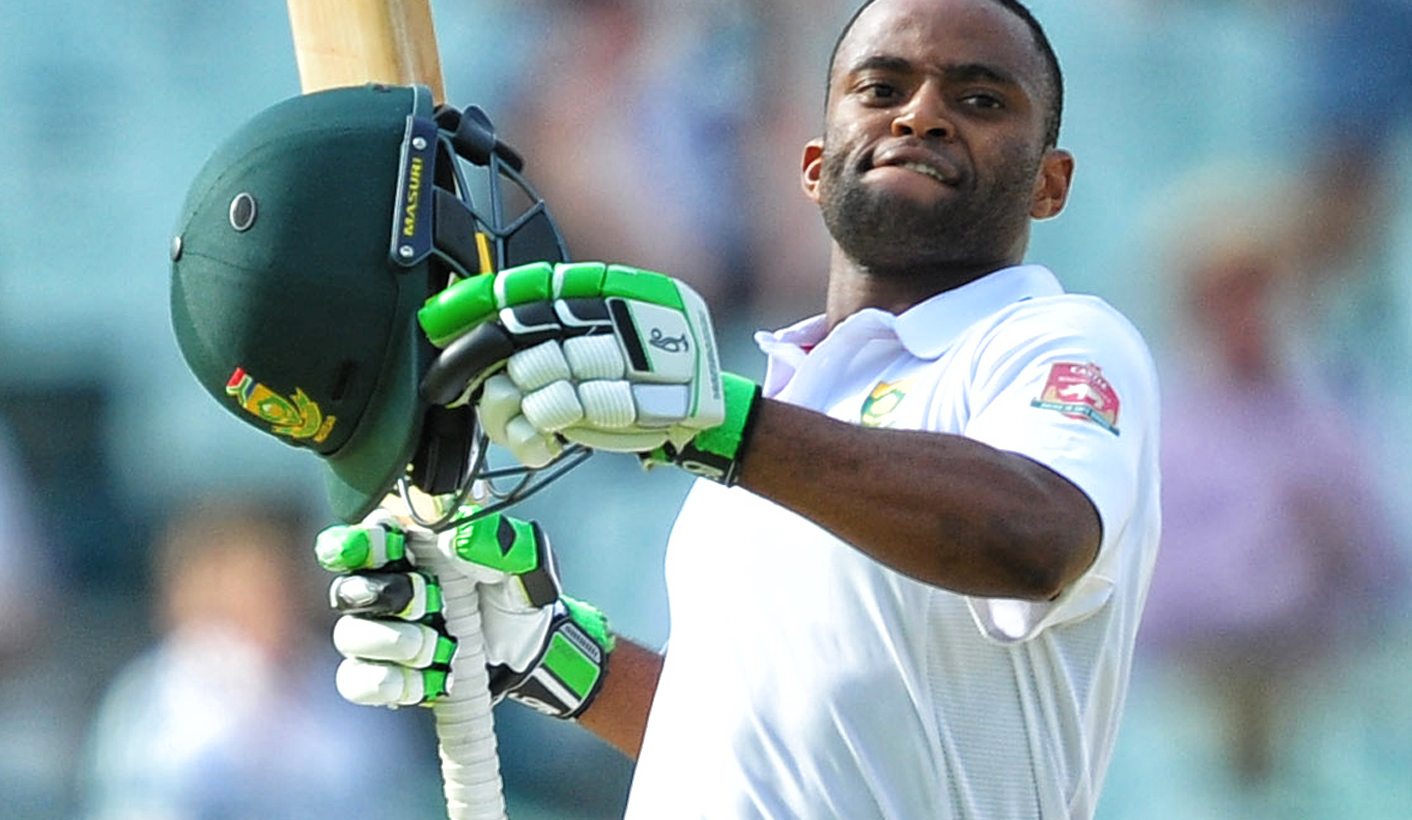 In his short international career, Temba Bavuma has done more for transformation than Fikile Mbalula has ever done with his Tweets. Bavamu continues to shatter glass ceilings and is playing an invaluable role in shifting perceptions around transformation. By ANTOINETTE MULLER.

For anyone who has kept an eye on Bavuma’s career, this has hardly been a surprise. Just a few weeks ago he scored a century in the Ekasi Challenge for the Lions and despite a modest List A average over the last few seasons, Bavuma has already proven that he has what it takes to cut it at international level.

The century was typically Bavuma: starting off cautiously, sometimes erring and eventually getting into a rhythm that is so irksome for bowlers who simply cannot adjust to his height. By the time he had reached triple figures, he was practically cruising.

It was a significant moment, both for Bavuma and in the current discourse of South African sport. And for all the bellowing that it was “only Ireland”, there are a few things to consider. Bavuma was on ODI debut and he had never opened the batting before. He was also only the second ever South African to manage the feat and the only batsman in the match to do so.

The batsmen who supported him deserve credit, too. Quinton de Kock was solid, JP Duminy and Farhaan Behardien added useful half centuries to bolster South Africa’s total. The bowlers were never going to struggle to defend that total and, unsurprisingly, South Africa won by a canter.

But while this fixture will largely be seen as a slightly insignificant “warm-up” before South Africa and Australia clash in a five-match ODI series, insignificant it is not that the biggest contribution to South Africa’s victory on Sunday came from players of colour or that Bavuma is the first black African to score an ODI century for South Africa.

Now that Cricket South Africa has committed to transformation targets at national level, players of colour will be under ever increasing scrutiny from the keyboard pundits. Indeed, when Bavuma was included in the squad for the fixture against Ireland, the word “quota” was bandied about, despite the player in question having proven his international credentials in the toughest format of the game.

One-day cricket might not be Bavuma’s preferred format, but lest we forget, there was a time when Hashim Amla was not considered a one-day player either. And therein lies the rub. Transformation, as previously written on these pages, is not about taking the game away from white people, it’s simply about giving players of colour an equal opportunity to succeed.

And that is precisely why Bavuma’s achievement on Sunday is so significant. Not only did he make history, but he continues to play an integral role in helping shift the thinking around what transformation actually means.

Because of quota systems being haphazardly managed previously, the word transformation for some carries a stigma with it. Some automatically assume that it means a compromise on quality or “settling for mediocrity”. These attitudes are not helped by people like Mbalula banging the top-down transformation drum because from the outside looking in; it looks like a shallow solution to a deep-rooted problem. Yet, CSA’s grassroot systems are growing steadily and are perhaps some of the most robust of any sport in the country.

That is why the performances of Bavuma and newly capped Andile Phehlukwayo are so critical and so important. While we should celebrate their performances as individual sportsmen, they will effortlessly help shift the discourse around transformation and with continued excellence unburden future generations from the stigma created by poor administration in years gone by. And there will not be a single shallow, pompous tweet in sight. DM