ANC and the looming 2019 Shadow: How to get the Elephant out of the Room? 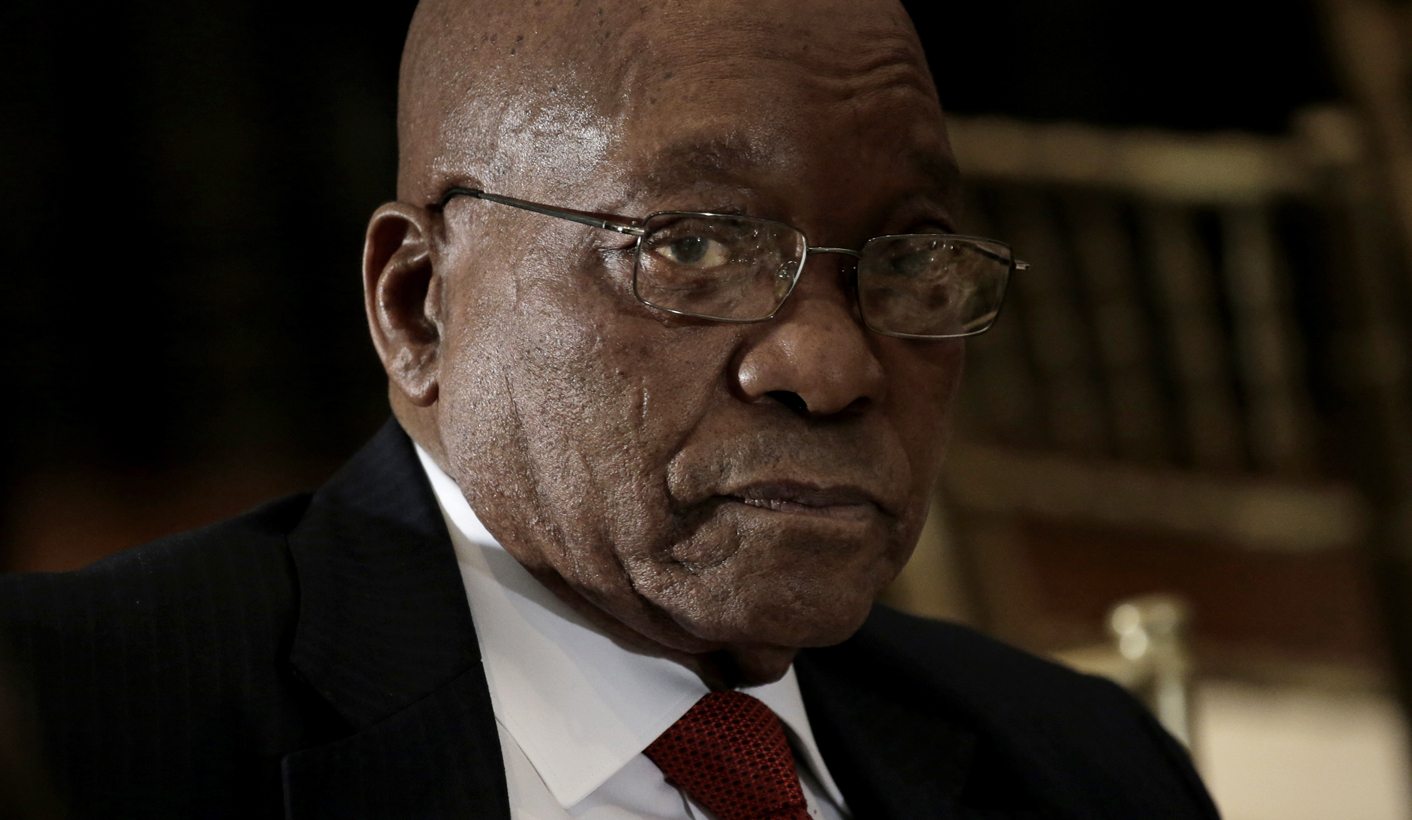 As the days and weeks continue to rush past us until the next general elections in 2019, it is becoming ever clearer that the various parts of the ANC are not, as yet, working hard to ensure the party does not lose power. The shock of the loss of not one, but three metros in the local government elections is still sinking in, and the party appears to be looking inward rather than working on its image. The longer this goes on, the harder it will be for the ANC to retain power in just three years’ time. It is now glaringly obvious that the big stumbling block, the big obstacle in the way, is the party's leader with all he represents. And yet, it is even more glaringly obvious that it is impossible to remove him, and all he represents. By STEPHEN GROOTES.

In the months before August’s there was much discussion about whether a bad result for the ANC would lead to President Jacob Zuma being removed from the Presidency. The elections have come and gone, and the results were about as bad as they could possibly have been. And yet the holding pattern that was in place before the elections not appear to have been altered in any way.

If anything, things became worse, and the image of the ANC has deteriorated. It was the SACP who first said that the Hawks’ latest move against Finance Minister Pravin Gordhan coming so soon after the elections deeply suspicious. It looked like it proved the point that people had been waiting for the polls to be over to reveal true intentions. At the same time, Zuma appears to have made a grab for more power over State-Owned Enterprises.

And while all of this is going on, Kebby Maphatsoe is refusing to accept the discipline ordered by the ANC’s National Working Committee, Faith Muthambi is refusing to implement ANC instructions with regard to the SABC, Mosebenzi Zwane has shown the middle finger to his own party, and Mzwanele is merrily self-destructing by claiming that a person calling for a political leader to step down is guilty of treason.

All in all, it shows that these are people who do not believe in democracy. They have also shown that they are beholden to only one constituency. The joint constituency of Zuma/Gupta.

When looking at the problems facing the ANC from an objective point of view (as far as a human being can possibly be objective) it is not hard to see what needs to be done. Voters have shown they are tired of corruption, tired of the arrogance of those who believe they have a divine right to be in power, and that they want good governance. Even the ANC itself has said this. As have the SACP, Cosatu, party stalwarts and just about everyone else.

But those are just pretty words. The deeds show that the parts of the party that appear to count at the moment simply don’t believe that.

It is, of course, a mistake to believe that removing Zuma will fix all of these problems. Perhaps the best and most honest critique of the ANC at the moment has come from Blade Nzimande. Speaking a couple of weeks before the polls, the SACP general secretary explained that it was all about factionalism, the way provinces gang up with each other, and how that was tied to the system of “slates” (or people running for leadership positions together, rather than on their own).

But at the same time, it must also be true that the ANC is very unlikely to be able to improve its prospects of winning back voters as long as Zuma is in charge. It is surely his and the perception that he is still Number One, that allows people like Maphatsoe, , Motsoeneng, Muthambi and to behave in the way they are. And make no mistake, voters are well aware of their and do not appear to approve.

However, it seems that the ANC has no easy options when it comes to attempts to remove Zuma.

The first, probably the biggest problem, is that he himself has become almost a hostage to power. Like Vladimir Putin in Russia, Zuma has much to fear from losing office. It is not just the corruption charges, it is the allegations of state capture and his relationship with the that he must surely fear.

On Wednesday it emerged that he was being asked in Parliament if he had met the Gupta family at their residence in Saxonwold on Sunday 20 September last year and whether that visit resulted in the appointment of to the Mineral Resources portfolio. In his reply, he doesn’t even bother to make a of answering the question, saying, “The Presidency was informed by the Public Protector that she has received complaints and requests that she should investigate this matter or related allegations. The Public Protector’s investigation is still continuing.”

It is obvious from this that Zuma doesn’t give a fig about us, voters, democracy, Parliament, or even his own party. If he did give a fig for the ANC, flying or otherwise, he would know that a response like this is damaging to the party he claims to lead.

Over the last few it became apparent that Zuma cannot leave office without some kind of assurance that he, his family, and his many associates, will be protected once he is out of power. As a measurement of the depth of Zuma’s unpopularity, it is entirely likely that the country would be prepared to live with it, that many, perhaps the majority, of voters would be happy just to see the Zuma era end, and at any costs.

That may be a political solution, but it is not necessarily workable: even if Zuma were to leave office early, there is still no guarantee that the ANC would win the next elections. And there is no way in hell the DA, or the EFF, would be willing to make any promise to honour any political deal involving Zuma. They would be . Frankly, the salesman who could convince Mmusi Maimane or Julius Malema to accept this type of deal hasn’t been born yet.

So it looks like Zuma cannot be tempted out of office, which inevitably means he would have to be forced out, which is much harder to do. One needs an incredibly large political bullet that simply cannot miss. Considering that so much ammunition has already been fired at Zuma, in the shape of the Nkandla ruling, the reinstatement of the corruption charges, the many claims around the Guptas, his general lack of interest in governance, miserable performance of his hand-picked government(s), the Central African catastrophe, it is hard to know what would work.

Zuma’s staying power indicates how powerful and deeply entrenched his support base is. It is an illustration of the scale of the patronage network that he has fostered that at a time when almost everyone can see what the ANC needs to do to reform and save itself, it still is not doing it. It also shows us that the “reformist” part of the ANC is not just outgunned, it’s also outnumbered and outplayed. And there is no indication yet of how this could actually change. At the moment, no one appears to be gaining momentum in a way that could challenge those who currently appear to benefit from Zuma’s style of non-governance.

There are some similarities here with how change has happened in other countries. At the end of the Cold War, for example, when the Berlin Wall came down, the crucial moment was not so much the announcement by the East German politburo that people could leave the country. It was the decision by the border guards to allow people through the border because they could not get instructions from their authorities. Those guards realised they would be on the wrong side of history if they used their guns. In a way, the guards were seeing past their current bosses and through to the other side.

It appears that that moment, the moment at which a majority in the ANC look past Zuma, has not yet come to pass. The longer it takes until that moment arrives, the worse the party is likely to do in 2019.

Because it is beginning to run out of time. DM