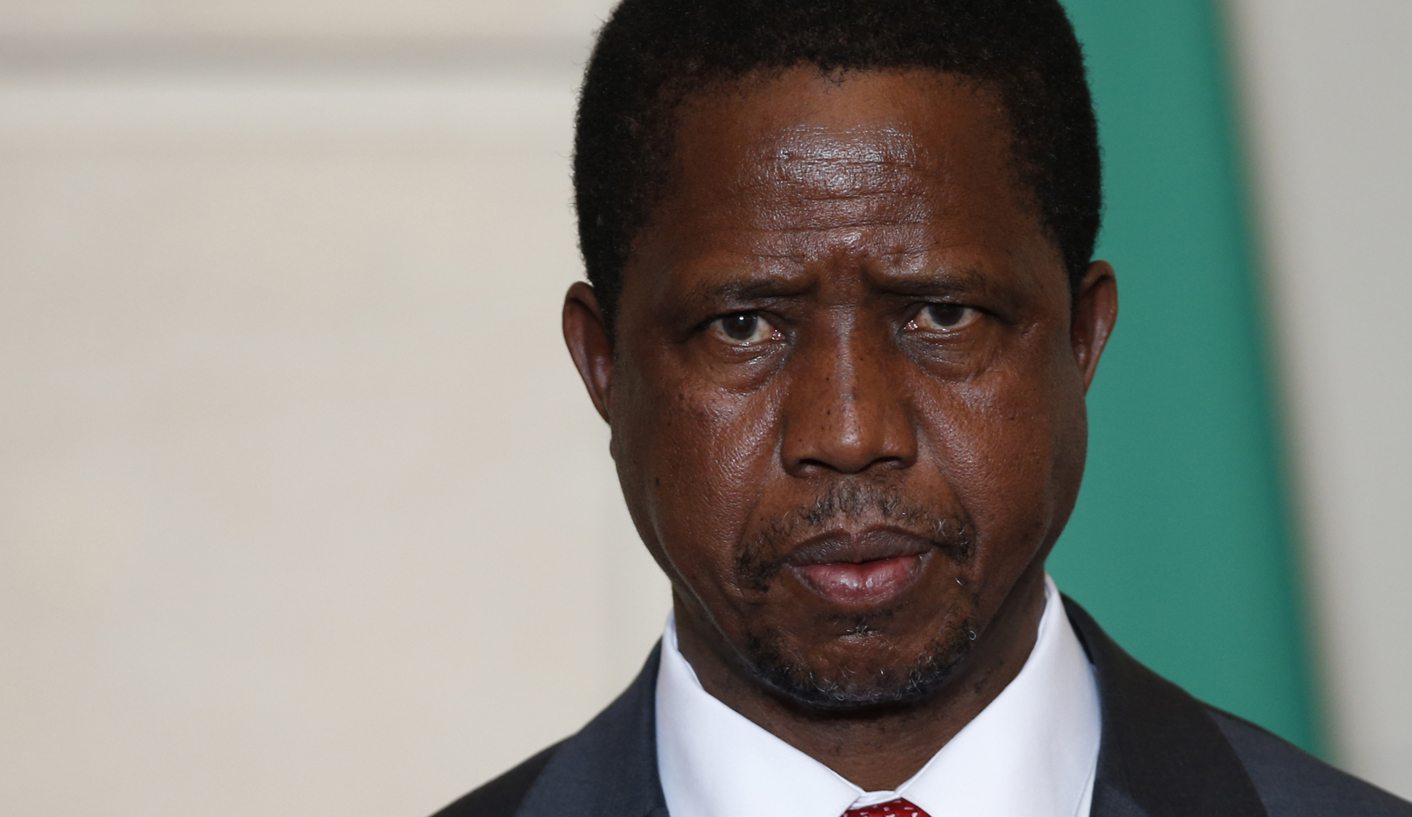 Edgar Lungu begins his first full term as Zambian president on Tuesday after the judiciary controversially refused to halt the inauguration ceremony. Having survived – by hook or by crook – a bruising election season, Lungu has plenty of work to do if he wants to rescue Zambia from its economic and political malaise. By SIMON ALLISON.

On Tuesday, Edgar Lungu will be inaugurated as President of the Republic of Zambia for the second time. His path to the Heroes’ Stadium in Lusaka, where the ceremony will take place, has been long and messy.

Lungu’s last 18 months in office – he won a snap election following the death in office of Michael Sata – have effectively been an audition for a full term in the top job, and it is safe to say that his performance divided audiences.

For some, Lungu is an able torchbearer for Sata’s legacy, a strong leader who builds roads and schools and puts workers’ rights ahead of corporate profits. For others, he’s corrupt and power-hungry, and has abused his position to sully Zambia’s proud democratic record.

The scale of this divide was perfectly illustrated by the August election results, which gave Lungu victory by the slimmest of margins: just 50.35% compared to challenger Hakainde Hichilema’s 47.63%. Hichilema has repeatedly claimed that these results were rigged, and that he is rightfully the next president.

Controversially, Zambia’s Constitutional Court did not agree. Amid accusations that their internal processes had also been rigged, a small bench of the court threw out the opposition’s petition to challenge Lungu’s victory, despite a previous ruling from a full bench to hear the petition. The Lusaka High Court subsequently dismissed another opposition petition to halt Lungu’s inauguration.

“That is illegal inauguration, it is against the constitution because we have not been heard,” said Hichilema.

Illegal or not, by Tuesday afternoon Lungu will be happily ensconced in State House again. Not that he can take too much time to reacquaint himself with the familiar surrounds. Zambia is in crisis – in crises – and it’s his job to fix everything.

Crisis number one: the drought

El Niño has not been kind to southern Africa, and Zambia is no exception. The paltry rains have spelled disaster for subsistence farmers, and increased the price of food in markets. To compound the problems, hydropower accounts for 95% of Zambia’s electricity – and without enough water, those turbines don’t turn. The country’s largest power plant, at Kariba Dam, is operating at just a quarter of its usual capacity. This has led to nationwide power shortages and blackouts, which has been bad news for industry – especially the power-hungry copper mines on which Zambia’s economy is so reliant.

This really was a nasty election season. Zambia has a well deserved reputation as one of the most peaceful countries in Africa, so to see political rivalries spill over into violence, and to see police respond with violence, was out of character. Equally disturbing was the crackdown on opposition media outlets by Lungu’s administration, in what can only be interpreted as a deliberate attempt to silence critics and undermine freedom of speech. Throw in the questions now surrounding the Constitutional Court and suddenly Zambia’s democratic foundations are looking shaky indeed.

It’s not looking good. Global copper prices are falling, and mines laid off 7,700 workers last year. GDP growth has halved to just 3%. Inflation is at 15%. The Kwacha was the world’s worst-performing currency in 2015, slumping 42% against the dollar. Things are so bad, in fact, that Zambia has been forced to approach the International Monetary Fund (IMF), cap in hand, to ask for a bailout worth in excess of $1.2-billion. The cash injection should shore up Zambia’s foreign reserves and top up the government budget, but will come with strings attached. In particular, the IMF wants Lungu to slash state subsidies on energy and agricultural inputs, which won’t be a popular move.

“Tough decisions will be made, some will be painful but necessary,” said Lungu last month. “I will take measures to grow the economy and control expenditure.”

In part, these multiple, interlinked crises are of Lungu’s own making. He can’t control the global copper prices, or the rains, but he has already had 18 months in which to implement a more prudent economic policy. Meanwhile, his below-the-belt campaigning was a major factor in provoking the unprecedented political instability.

It’s not too late for him to turn things around, however.

Lungu has, until now, seemed reluctant to really put his stamp on the presidency; he has looked, and sounded, like someone who unexpectedly inherited the position. Over the next five years, the best way to change that perception would be to steer Zambia successfully through the turbulent waters that lie ahead. DM