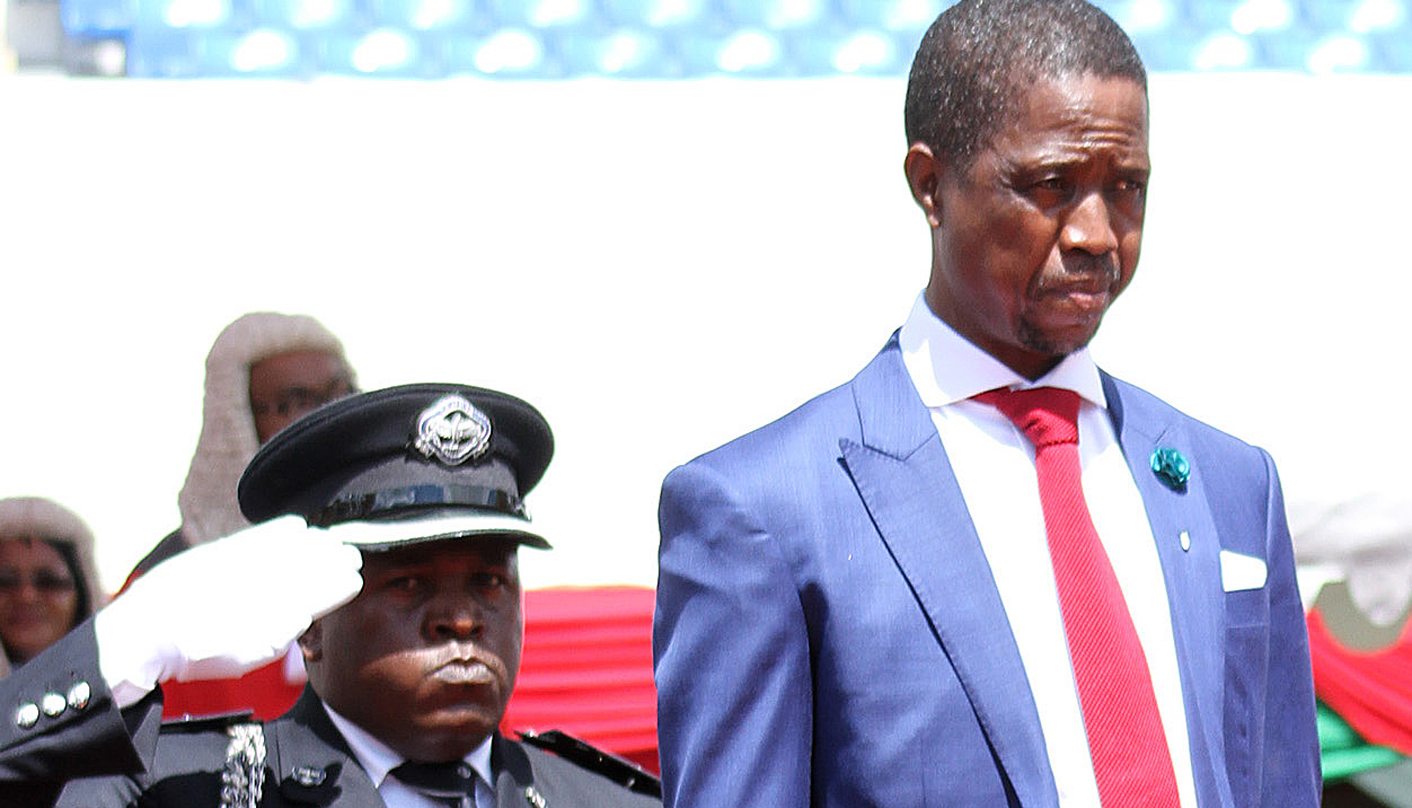 Lots of things went right in Zambia’s election last week, cementing the country’s reputation as one of the most peaceful on the continent. But it was still far from perfect. By SIMON ALLISON.

Let’s start with the good news from Zambia. Amid fears of electoral violence, last week’s election, and the announcement of the results, proceeded peacefully. Unrest in the build-up to the vote, including some fatalities, had threatened to tarnish Zambia’s reputation as one of Africa’s most established and peaceful democracies.

But once again, Zambia showed the continent how it’s done. It wasn’t perfect – authorities arrested 133 opposition party supporters, accusing them of destroying property – but it has not descended into the violent conflict that observers had been worried about, and so far shows little sign that it will.

Another major positive was the turnout. About 56.54% of registered voters cast their ballots in the presidential race, a sharp increase from the 2014 figure, which was just 32.36%. There’s no doubt that Zambians appreciated that this time the stakes were high, and that the margins of victory would be slim.

And so it proved: incumbent Edgar Lungu won with 50.35%, compared to challenger Hakainde Hichelema’s 47.63%. The difference between the two candidates was a little over 100,000 votes – and Hichelema, on the losing side for a fifth consecutive election, was not happy.

He said the counting process was fraudulent, and that the election had been stolen by Lungu and his party, the Patriotic Front (PF).

“The PF has effected a coup on Zambia’s democratic process,” Hichilema said in a statement. “We submitted evidence before the declaration of the results regarding the gross irregularities that have taken place. That is why we will not accept the result.”

But international observer missions did not agree with Hichilema. They gave the vote itself a unanimous thumbs-up.

“The AU concludes that the elections have been conducted in a peaceful atmosphere within the framework that satisfactorily meets the continental and regional principles of democratic elections,” said former Nigerian president Goodluck Jonathan, head of the African Union observer mission.

This is not necessarily a ringing endorsement, however. The African Union has come under intense criticism for rubber-stamping problematic votes in the past – think Zimbabwe in 2013, or Angola in 2012 – which suggests that “continental and regional principles of democratic elections” may not be as rigorous as they should be.

A more credible verdict came from the Electoral Institute of Southern Africa, which noted that the election may have been free, but it wasn’t fair.

“The elections were conducted in a context of open competition, where Zambians were given the opportunity to express their will freely, in a generally peaceful atmosphere, albeit on an unlevelled playing field,” it said.

This sentiment was echoed by Michael Gahler, a German member of the European Parliament and participant in the EU’s observer mission. “We have regrettably noted a huge bias by the state media, so by no means was there any level playing field,” he told German broadcaster DW.

Given the tiny margin of victory, it’s hard to overestimate the significance of that unlevelled playing field. In the run-up to the vote, Lungu harnessed the power of incumbency to support his campaign. This was most obvious in state media outlets, which functioned as one-sided amplifiers of his campaign messages. Meanwhile, pro-opposition publications were intimidated and harassed, most notably The Post, a widely read daily that was shut down for alleged tax offences.

While his tactics may have been dirty, they worked, and (barring a successful court challenge from Hichilema) Lungu must now turn his attention to the most urgent task in his inbox: rescuing Zambia’s struggling economy, which is grappling with a deadly triple threat of falling copper prices, a rapidly depreciating currency and an acute energy shortage.

The country’s likely saviour is the International Monetary Fund, which has already begun negotiations for a $1.2-billion loan. The deal is expected to be completed towards the end of this year, on condition that Zambia enacts some serious economic reform. First on the chopping block are the energy and agricultural subsidies which consume much of the government’s budget. Scrapping them is unlikely to be a popular move, and will probably raise difficult questions about who is really charting Zambia’s economic future: its elected president, or an unaccountable global institution?

As Africa business analyst Dianna Games observed in an excellent analysis of Zambia’s weak economic performance: “Last week’s election brought with it the hope of another chance for real change and a different future. In the end, it might not be the president, but the IMF, that takes the country down a different path.” DM