Op-Ed: Edna Molewa on my ‘newfound moral conscience’ – a response 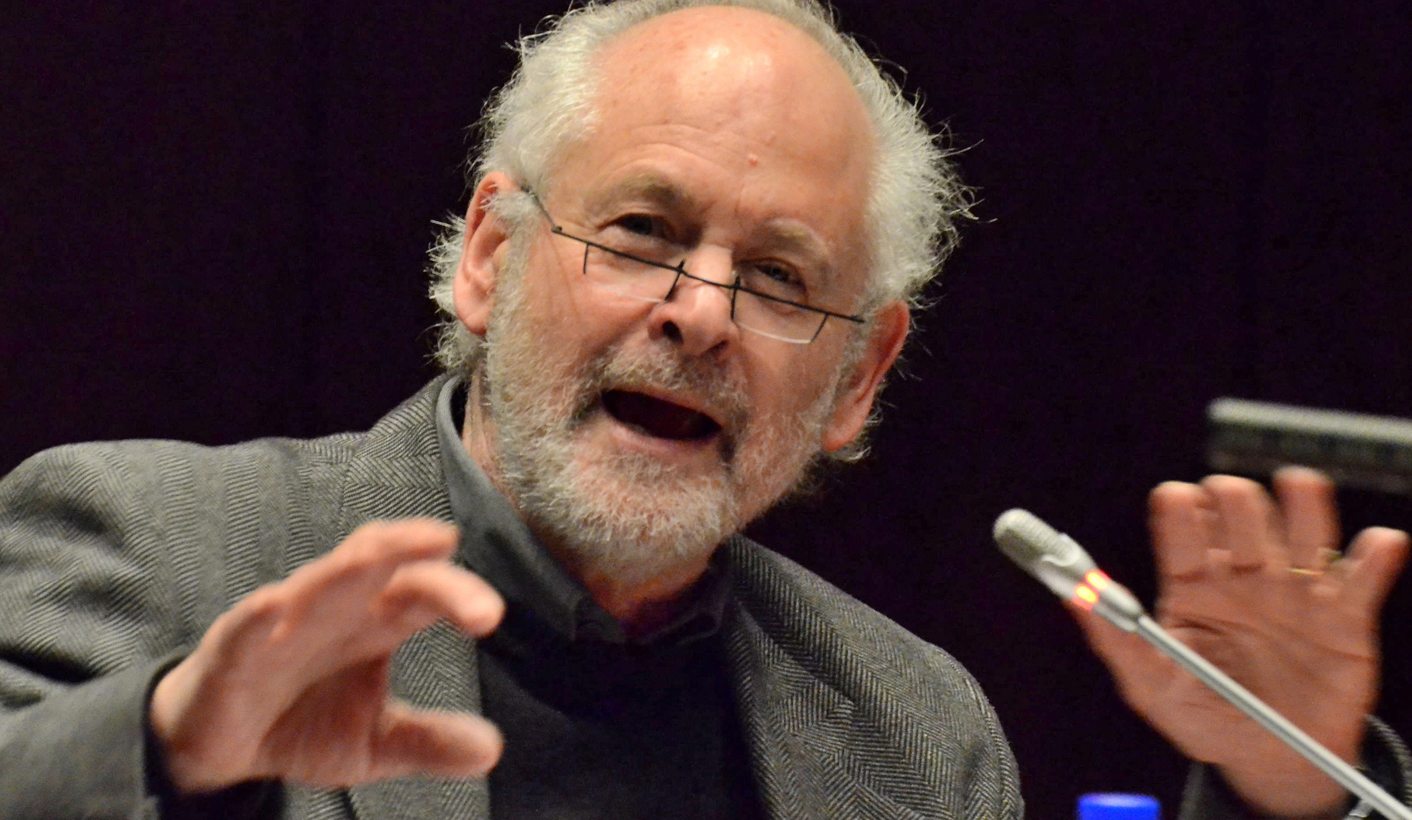 Edna Molewa devoted much of her letter to questioning my motives in criticising her actions when she was Minister of Water Affairs. It would have been better had she refuted the claims that government was callous in its reactions to the denial of water to communities. It was found necessary to litigate in order to secure the constitutional right to clean water for those living in Carolina, where the water had been polluted for many months, it appears through inadequate management of mine acid. By RAYMOND SUTTNER.

Edna Molewa takes issue with my characterisation of her role as then Minister of Water Affairs in Carolina in 2012, when communities were denied their constitutional right to clean water (“Letter to the Editor: Raymond Suttner’s newfound moral conscience”, Daily Maverick, 8 September 2016).

She claims that tests showed the water was clean. It is not possible to relate all the representations and legal actions taken. But the question is when the water was found to be clean and whether that claim went unchallenged. The state had to be hauled before the court where they were ordered to provide clean water, and when they failed to comply, further legal action was required.

The failure to provide clean water and communities having to drink water out of polluted streams was a regular feature of the period of Molewa’s incumbency, depicted on television screens and a range of media over this period. (For some reports on the water pollution in Carolina see, among others, those in the Mail & Guardian and Business Day in 2012 and 2013 and continuing to this day, in other areas).

Whatever Molewa’s interest in clearing her own name may be, she seems as concerned to depict me as lacking in integrity, hence the reference in the title to my having a “newfound moral conscience”. Thus she writes:

“His ‘moral conscience’ is also newly found. Where was this critical voice of his when he served as Member of Parliament under the previous administration – when millions of South Africans were dying of HIV/Aids because they weren’t offered the necessary treatment?”

Given her interest in my ethical reputation I would advise Ms Molewa to check whether there is any inconsistency between the quality of what I advance now and that which I did when I was an ANC MP and member of the leadership of the ANC up till 1997.

Molewa is free to question my “moral conscience” but she needs to use some fact checking facility in order to direct it to situations where I was present and had an opportunity to act. (If it was necessary to raise one’s voice over former president Thabo Mbeki’s stance on HIV/Aids as a public figure surely that is a question that Ms Molewa should be directing at herself since she held high office throughout this period?)

Molewa depicts me as obsessed with President Zuma and says “all Suttner, an academic, writes about is President Jacob Zuma…flogging his recycled wares to different publishing houses”.

If I were to write only about President Zuma, that would be quite legitimate, given the range of irregularity, illegality and acts of violence committed under his leadership or in some cases through his direct involvement (with the acquiescence of Cabinet members and MPs like Ms Molewa).

But the truth of the matter is that I write on a range of topics, as is evident if Ms Molewa or her back-up team were to google what I have written. The article to which she replies was aimed precisely at arguing that, however problematic the presidency of Zuma may be, the problem goes beyond him, given that the government is engaged in a range of practices entailing patronage or corrupt relationships with others. For this condition many people in Cabinet, Parliament, structures of the ANC and its allies, apart from President Zuma, bear responsibility.

As it happens, I submit my articles (“flogging his recycled wares”) almost exclusively to Creamer Media’s polity.org.za and these are generally reprinted in the Daily Maverick and a limited number of other outlets. But I do have a right to spread whatever I write wherever I can secure publication.

Ms Molewa devoted much of her letter to questioning my motives. It would have been better had she refuted the claims that government was callous in its reactions to the denial of water to communities. It was found necessary to litigate in order to secure the constitutional right to clean water for those living in Carolina, where the quality of the water had been polluted for many months, it appears through inadequate management of mine acid (primarily the responsibility of another government department).

Even after the North Gauteng High Court ordered the municipal authorities to provide clean water and declared it clean, the communities are reported to have contested this. I do not know the present status of the water in Carolina, but certainly, the pollution of 2012 was not treated with the level of urgency of a government that depicted itself as concerned with the poorest of the poor. Access to clean water remains elusive for many communities to this day. That is one of many scandals of the current ANC-led government. DM

Raymond Suttner is a scholar and political analyst. He is a former political prisoner for activities in the ANC-led liberation struggle. Currently he is a part-time Professor attached to Rhodes University and an Emeritus Professor at Unisa. His most recent book is Recovering Democracy in South Africa (Jacana and Lynne Rienner, 2015). He blogs at raymondsuttner.com and his twitter handle is @raymondsuttner