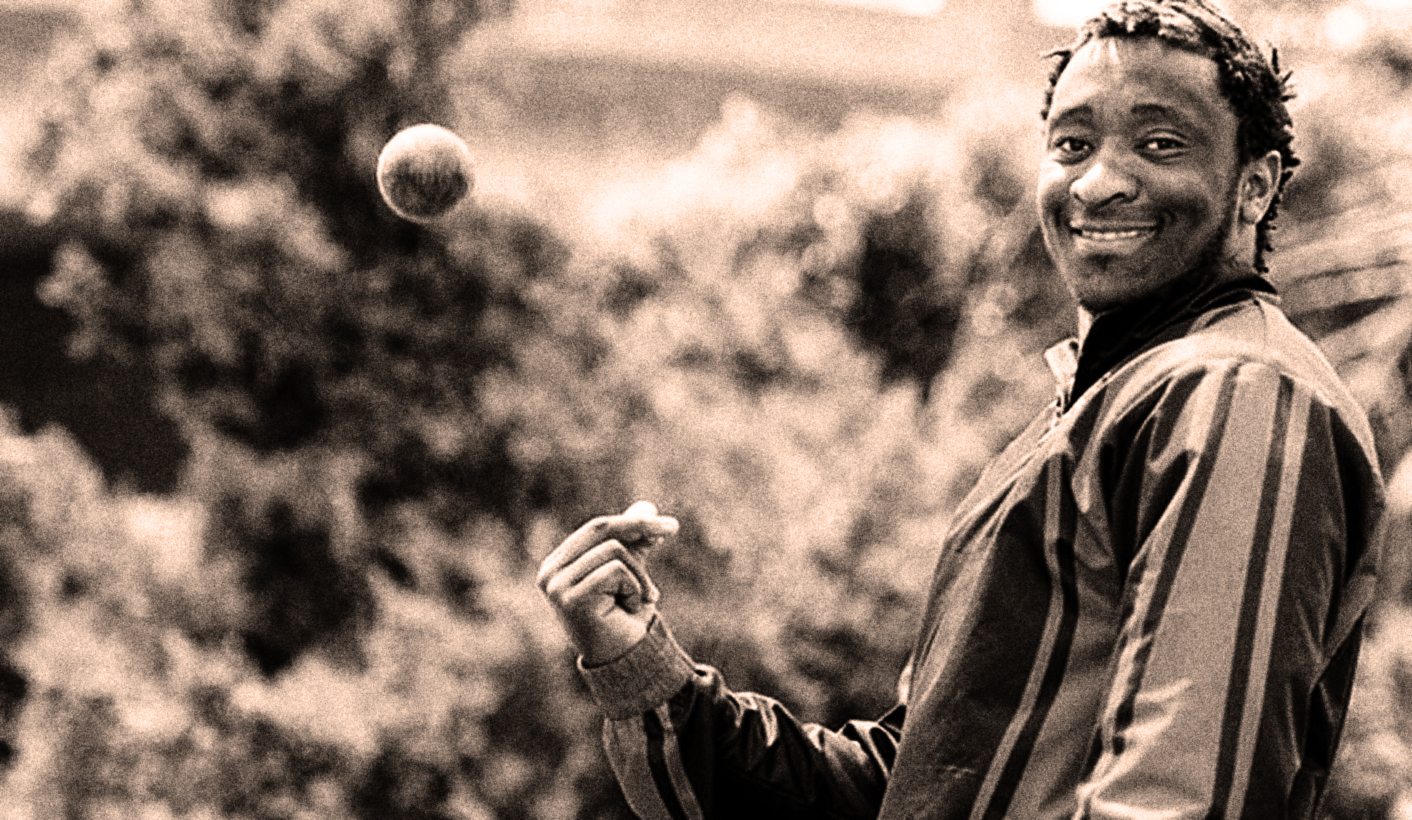 Over two years ago Daily Maverick published a story on a cricketer who was prone to telling tall tales. He has since resurfaced and has been sending death threats to our reporter. Caution: contains upsetting language. By ANTOINETTE MULLER.

A little over two years ago we ran a story about a little known cricketer called Siphe Mzaidume and his penchant for tall tales. Mzaidume, who had never played provincial cricket in South Africa, had somehow managed to sell himself as the poster child for cricket’s failure to transform. It quickly became apparent that not only was he an unremarkable cricketer, he was also prone to being economical with the truth. Far more economical than his bowling figures.

We thought little of it. Sporting cons weren’t exactly anything new. Mzaidume continued to exist in the lower lurches of the internet with “millions” of women “swooning over the most famous English cricketing heartthrob” on a daily basis. Yet, that “fame” never seemed to extend beyond the reaches of his own Facebook profile(s).

Until “Tanya Smit”. As has been so common throughout 2016, Smit had written a vile and racist post. Smit, apparently, was one of the “millions of women” who were seemingly in love with the “British heartthrob”.

Curiously, Smit had tagged Mzaidume in her racist post. This was a rather strange thing to do for someone who apparently detests black people. Only, this wasn’t the first time something like this had happened on his timeline. In the last two and a bit years, his Facebook page had been like a convention for apartheid-era sympathisers. Loads of (white) women were engaging with posts and insulting other (black) women over the “heartthrob” who will “never be theirs”. It was damn weird.

There is no doubt that people with some seriously backward views continue to exist and voice their opinions on the internet (just check the Facebook comments on some articles), but it seemed odd that they would all congregate on an unknown cricketer’s personal profile.

As “Tanya’s” name started to trend on social media, I tweeted that we should exercise caution hounding an account that has tagged a person known for tall tales in such a post. Then, a local blog was told by some other Facebook profiles (who knows, probably fake, too) that Smit was a fabrication allegedly created by Mzaidume. That same blog dug up our stories and quoted them. The whole verification process was dubious at best, but that’s the internet for you.

Still, there were enough reasons to be sceptical about this profile. Smit’s listed employers on Facebook also said that she had never worked for the company, and for many, that was the end of it.

Slowly but surely, the story simmered down, as things do on the internet.

But then came the death threats.

Mzaidume wasn’t exactly eloquent in his expression, perhaps using colourful language to make himself look big in the way than puny birds puff up their colourful feathers.

When we had initially published the story about Mzaidume’s fraudulent ways, he thanked me profusely for “all the publicity” I had given him and for “making him one of the most talked-about cricketers on the planet”.

He also promised to “make me famous like I made him famous”.

Now, I’m not one for fame, but I am yet to see paparazzi clamouring outside the Daily Maverick offices to get a snap of me for their pages.

Mzaidume, or rather “Cindy” from the “Chelsea Player’s Association” (which strangely uses an @live.com address for communication) also threatened to sue Daily Maverick to the tune of R10.7-million at the time of publication. As you might have guessed, we’re still waiting for our summons.

But while one death threat would have been easy to ignore and block out, I don’t really have room in my life for the toxicity that multiple such threats bring. After the initial threat, three more followed. This time, from his “brothers”. The first was a public threat which Facebook removed as soon as it was reported to them.

After that, two more arrived in my inbox within a few days of each other.

While I knew that if somebody was going to off you, they probably wouldn’t be so foolish as to give you a warning, I also didn’t need my social media polluted with such nonsense.

Considering female journalists receive more abuse than anyone else online, I wasn’t going to idly twiddle my thumbs and allow this to carry on. This was not just about somebody being upset about something that we wrote. This was soaked in misogyny.

The blogger who alleged that Smit was Mzaidume did not receive any death threats. But the man in question obviously had no qualms about not only threatening violence against a woman and referring to her in derogatory terms, and he was equally at ease with “others” doing the same.

Whatever he might go on to achieve in his cricketing career, it is desperately difficult to excuse giving somebody who holds women in such contempt any further airtime. Especially since, as it turns out, South Africa still has a lot of catching up to do when it comes to protecting women from such abuse.

“Somebody is sending me threatening messages… on the internet!”

As soon as I blurted those words out loud in Cape Town’s magistrate’s court, I realised how absurd they sounded. It felt like the adult equivalent of saying my imaginary friend had tripped me up. The internet and the things people say on it aren’t real, right? That’s what we’re constantly told. Oh it’s just a few trolls. It’s just a few people in the comments field. It’s just this, it’s just that.

Except, it’s not that simple, is it? As children, imaginary friends can cause harm or at least trick youngsters into doing harm to themselves. As adults, trolls can cause distress which can be severely harmful.

In a country where violence against women is a common everyday occurrence, perhaps the institutions that should protect us feel that they have more pressing matters to deal than some man-child behind his keyboard. But online abuse is serious.

In 2014, the Pew Research Centre found that 73% of adult internet users have seen someone harassed online and 40% personally experienced it. Pew’s research found that of those who had been harassed online, 45% suffered “severe” harassment. Two years on and it would not be a surprise if those figures have increased.

Yet the courts insist that unless you know at least some details about your abuser, such as an address, it’s a bit of a mission to serve a protection order.

I cannot imagine the trauma that women who have been physically abused by a partner and now receive online threats must go through if they want protection.

What’s worse, if your abuser uses a proxy to disguise his or her IP address as being from somewhere outside of SA or if they reside outside the country, the courts will flat out tell you: no dice, we don’t have jurisdiction. Your only other option is to go to the police and proceed with criminal charges. And that’s exactly where I’ll be off to next. DM