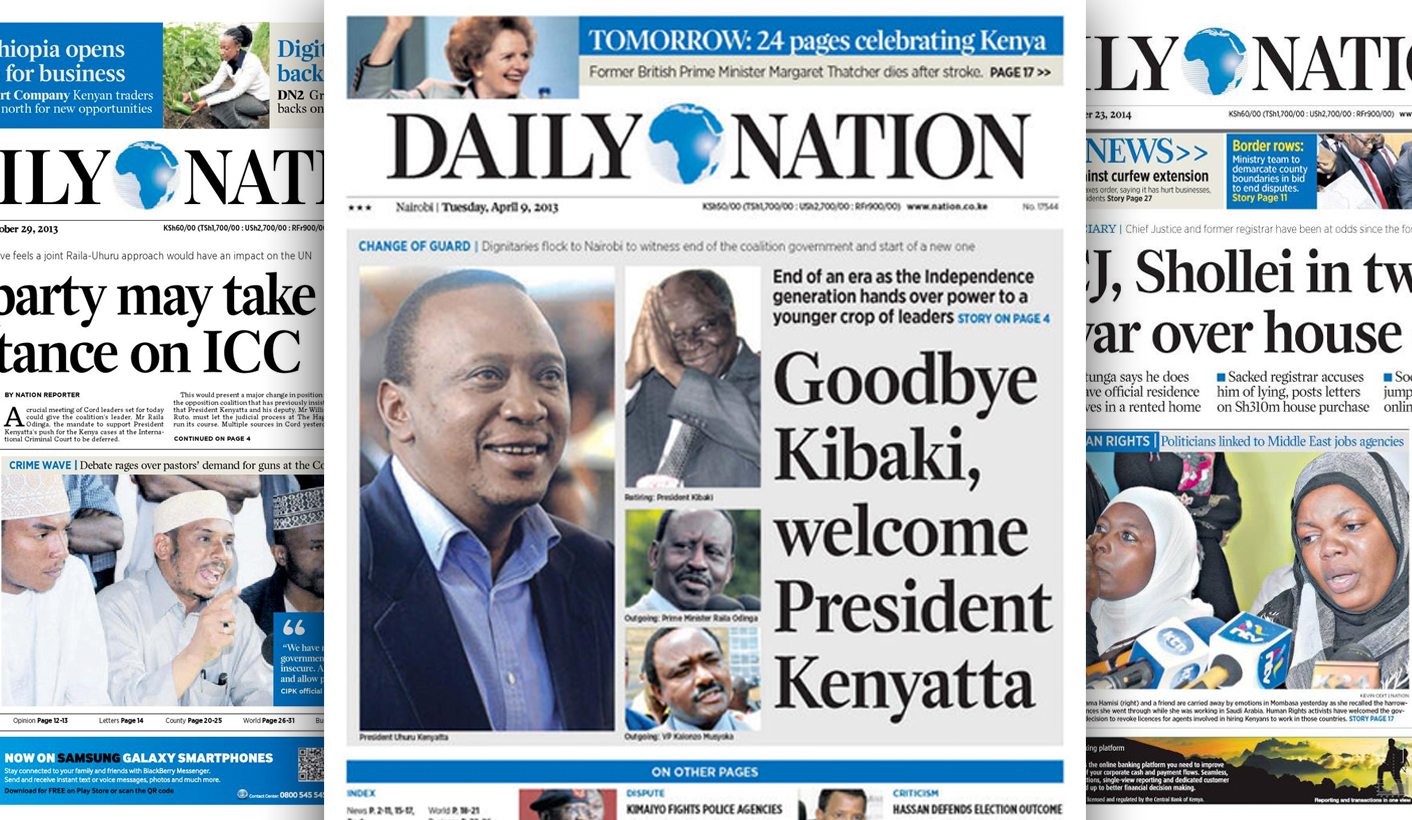 Nation Media Group is the largest independent publisher and broadcaster in East Africa, but all is not well at this icon of free media in Africa, which is struggling to stay in business and to remain independent while doing so. By NJERI KIMANI.

In recent weeks, Nation Media Group – one of the largest players in the media sphere in Kenya and East Africa – has gone on a firing spree, with more than 200 journalists losing their jobs.

Founded in 1959 by the Aga Khan, even his deep pockets are struggling to keep the media house afloat in the digital era. On 30 June, management ruthlessly shut down Nation FM, QFM and Rwanda FM, and merged its QTV Swahili Station with NTV, sending workers home.

In a statement, the group claimed that this would rationalise its broadcasting division, helping it to secure an increasingly fragile business position.

In the last two years, the company has fired more than 300 correspondents from its satellite bureaus including Nakuru, Kiambu and Mombasa. It is now heavily relying on interns, engaged for three months at a time, to supply news content.

It is also pushing a convergence model across its publications, where outlets share reporters and editors. More than 10 reporters have subsequently quit.

“NTV Kenya has been terminated because we received multiple third-party claims of copyright infringement regarding material the user posted,” YouTube said in a statement posted on the blocked channel.

Another blunder came in May, when a dummy version of the East African – the biggest regional paper – was published by mistake. On the front page, only the headlines were right, while the rest was just placeholder text. The humiliating mistake was blamed on under-staffing.

Eric Odour, the Secretary-General of the Kenya Union of Journalists, refutes claims that the company is struggling:

“We have been following up with the dismissal of the journalist and many were given the one month notice as is required by law. We were also able to negotiate with the company on the retirement package for the ones who were our members and many went home satisfied,” he said.

Odour claims that the company is now stronger than before as the restructuring is helping it retain the best of its talent.

But Nation Media Group’s woes are not limited to the economic milieu. With free media coming under increased pressure in Kenya, the group has been accused of bowing to political influence.

“They had always supported me despite some complaints from public officials. However, when the current President Uhuru Kenyatta and Deputy President William Ruto came to power in 2013, things changed. However, I cannot single out a caricature which led to my dismissal,” said Gado.

He had often portrayed the two statesmen with balls and chains attached to their ankles, a practice which his editors advised him to discontinue.

This January, another major scalp: Daily Nation editor Denis Galava was suspended and then sacked, allegedly for failing to follow due procedure in penning an editorial. But it just so happened that this editorial was critical of President Kenyatta, and Galava was under no doubt whatsoever that this was the real reason for his dismissal.

“My view is that the editor is taking instructions from State House [the seat of the president], and is now hiding behind procedure,” Galava told the Daily Maverick at the time.

A current Nation Media Group employee, speaking on condition of anonymity, told Daily Maverick that it has become taboo to criticise the government.

“Immediately after, anyone who criticised the county or national government became earmarked for sacking, with the company claiming that they are redundant. In reality they are sacking the most outspoken and greatest critics of the jubilee administration.” DM