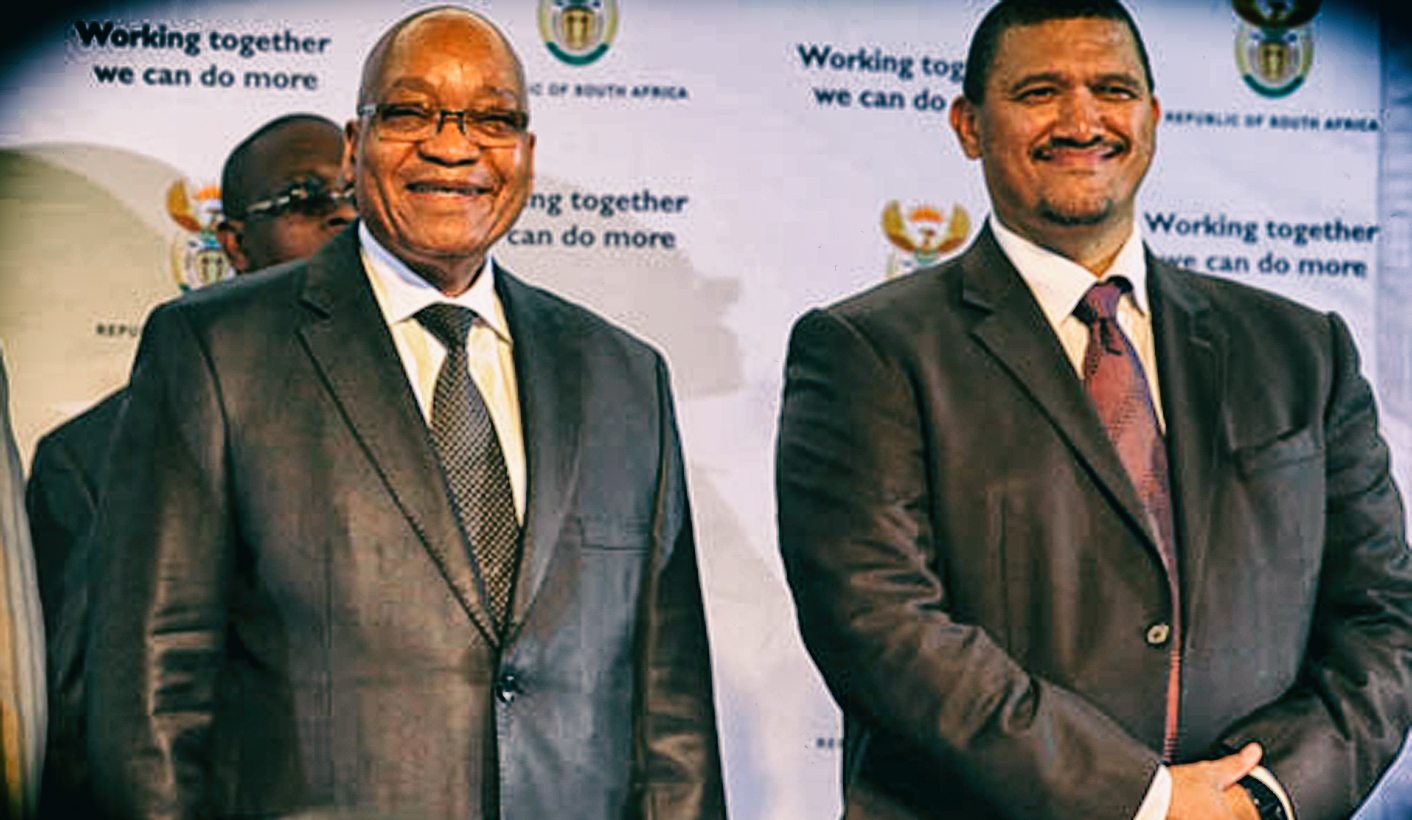 In January, shortly after news that a young woman had charged ANC Western Cape chairman Marius Fransman with sexual assault, ANC Secretary-General Gwede Mantashe was unequivocal about the party’s view on the matter: Fransman should step down until the matter had been resolved. That the Western Cape leader came in from the cold, bedecked in ANC colours, to campaign alongside President Zuma in Cape Town last week is emblematic of the low-intensity war between Luthuli House and an increasingly belligerent President Zuma and his supporters. By MARIANNE THAMM.

“Directives are not accepted. When the organisation decides, you take the directive. We have again reiterated – step aside, allow your case to continue. At the end of it, come back to work without any clouds,” Mantashe said in January.

But on Monday Mantashe hit back, reiterating that Fransman was NOT back in the saddle. Also matters had NOT been “resolved”, contrary to statements by ANC elections head Nomvula Mokonyane who, said Mantashe, had been “ill disciplined” to state otherwise.

“Marius was asked to step aside after [a] national working committee [meeting], so now the integrity commission has completed its work, it has recommended the case be given to the disciplinary committee. He hasn’t appeared before the committee yet. Until then, he can’t return to his position,” Mantashe said.

But what happened last week in Cape Town during President Zuma’s whirlwind tour of a province led by the DA since 2009, with Fransman beaming at his side, had nothing to do with the serious charges of sexual assault, the ANC and/or Fransman’s reputation (or lack of it) in the region or even Fransman’s position in the party.

Dragging Fransman around in a stiff, new black, green and yellow leather jacket is hardly likely to make a dent in the ANC’s dwindling support in the Western Cape. The province has been in “opposition” hands for as long as Zuma has been president of the country. The display of solidarity and support was about more than regional politics – it was about a longer-term national strategy.

It was a great big “up yours” to Luthuli House. Not as big, mind you, as SABC COO Hlaudi Motsoeneng’s or Minister of Communications Faith Muthambi’s or even SAA CEO Dudu Myeni’s, but it was an “up yours” nonetheless. What happened in Cape Town during Zuma’s pre-election visit was about 2017 and the ANC’s elective conference.

It was Fransman telling Mantashe and other senior leaders in the ANC that he dances to Zuma’s tune and will support his [Zuma’s] anointed future leader. He who pays the piper and all that. Fransman is a a staunch Zuma ally and as the 2017 conference approaches, and depending on how the ANC fares in the August election, President Zuma is going to need all the friends he can get (and it appears he has many who are strategically placed).

Daily Maverick has spoken to one senior ANC leader who confirmed that there have been behind-the-scenes discussions at Luthuli House with regard to a call for an early conference after the August elections in order to arrange an “exit strategy” for President Zuma who has become a liability to the 104-year-old former liberation movement.

In the meantime, it appears that Fransman might be adopting a similar strategy to former ANC chief whip, Mbulelo Goniwe, who was convicted in 2006 of attempting to use his position to obtain sexual favours from an ANC parliamentary employee.

In that case the ANC’s Chief National Presenter, Uriel Abrahamse, presented the party’s case against Goniwe at the disciplinary. Goniwe was found guilty of bringing the party into disrepute and expelled in 2007. However, he applied to the NEC for his case to be reviewed. The NEC found that the hearing had been “procedurally flawed”, reversed Goniwe’s sentence and reinstated his ANC membership. In 2011 Goniwe claimed R1.7-million in damages, for loss of income. There is no record of what happened to his accuser.

On Monday Fransman said he had approached the Western Cape High Court to access the report by the Integrity Committee which reportedly recommended his suspension and that he face a disciplinary hearing. He said his attempts at contacting Mantashe to view the document had been fruitless.

In a 13 July statement Fransman said, “I am saddened and injured by the procedural and assurance lapses of my beloved ANC in the management to date of the unsubstantiated sexual harassment accusation against me.”

But one way or another, Fransman will have to face the ANC disciplinary and it will happen soon.

Louisa Wynand, the 21-year-old woman to whom Fransman offered a job only a few days before departing for the ANC’s 104th anniversary celebration in January and whom he allegedly sexually assaulted, is expected to testify at the hearing.

Meanwhile, Phaladi Shuping, regional spokesman for the NPA in the Northern Cape, told Daily Maverick that the Fransman docket had been sent to police on 8 June for further investigation and that it had not yet been returned to the NPA for a decision.

This was the same date when Daily Maverick had forwarded to the NPA a series of incriminating WhatsApp messages Fransman had sent to Wynand prior to their journey. This prompted the re-opening of the case but Wynand said that she had still not been contacted by the new investigating officer and that her calls to him had gone unanswered.

In June, Fransman’s attorney, Mushtak Parker, said that if the DPP Northern Cape decided to prosecute Fransman, “it would be in the best interest of all concerned, and in particular our client, that the prosecution happens sooner rather than later as Mr Fransman’s life (and obviously that of the complainant) has been very adversely affected by these events and closure is as necessary for him as it is for the complainant”.

Wynand is determined to see the matter reach the courts. With no other justifiable reason for a delay, it is possible that the SAPS are dragging their feet waiting for the internal ANC process to be finalised.

Wynand’s boyfriend, her brother as well as veteran activist and columnist, Rhoda Kadalie, who has been counselling the young woman, told Daily Maverick that they had all received what they perceive as threatening phone calls, usually early in the morning.