The Untouchables: Is Marius Fransman back in the game? 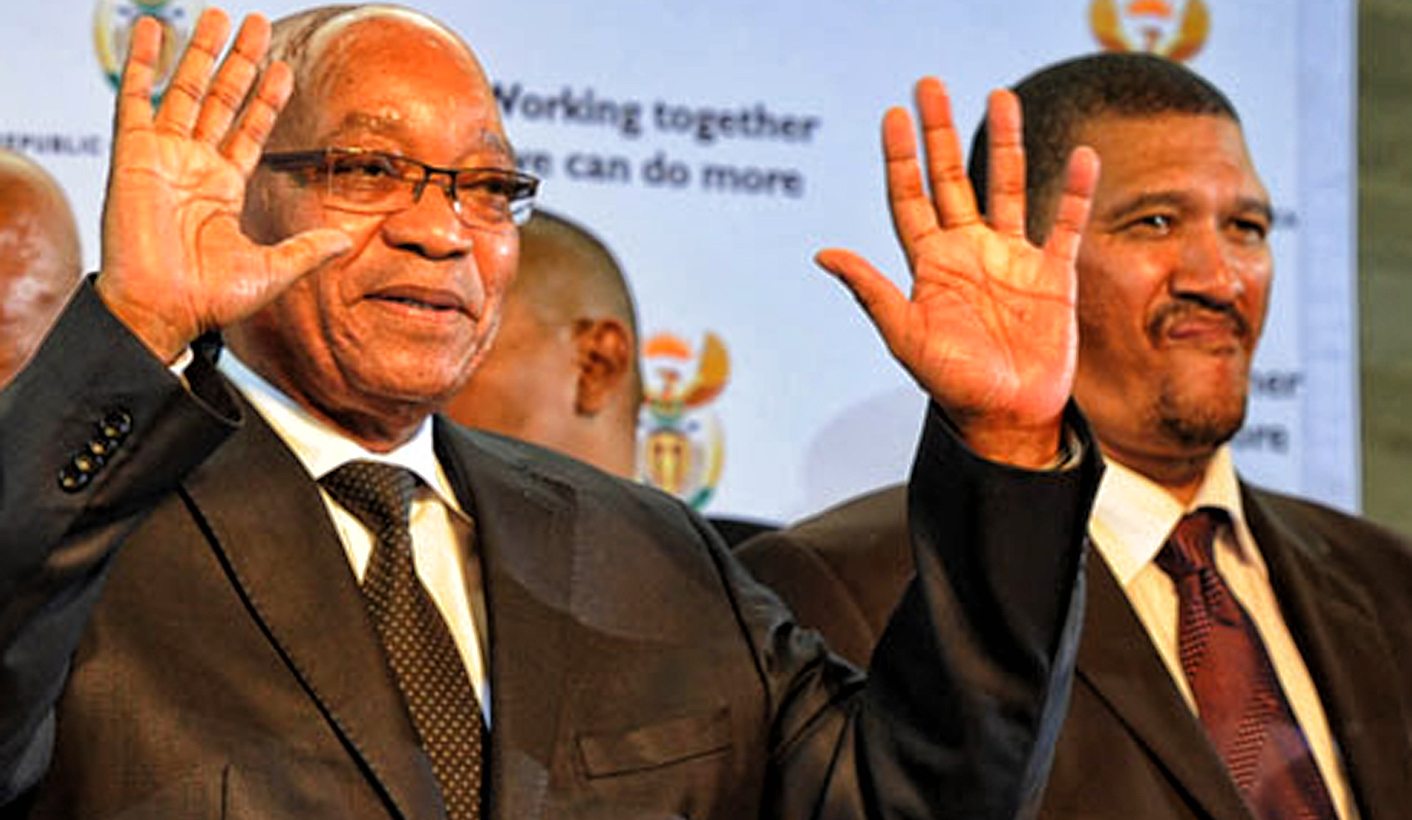 Many were surprised to see an embattled and yet beaming ANC Western Cape Chairperson Marius Fransman hitting the campaign trail in Philippi Cape Town alongside President Jacob Zuma on Thursday. ANC elections head, Nomvula Mokonyane, she who once vowed to use her buttocks to defend Jacob Zuma, told those gathered that the an ANC Integrity Commission investigation into charges of sexual assault against Fransman had been “resolved” and he was back in the family fold. But is he? By MARIANNE THAMM.

There is so much that walks and talks like a duck with regard to the Marius Fransman sexual assault scandal. The manner in which the young complainant, Louisa Wynand, was offered a job by Fransman and his two ANC colleagues, the flirtatious and adolescent WhatsApp messages the leader sent her before their road trip to Rustenburg in January. Then Wynand’s harrowing ordeal in a hotel room in Kimberley where she spent a night fighting off Fransman’s alleged advances.

Later there was to be more trauma when the Fransman entourage pulled into Rustenberg to attend the ANC’s 104th anniversary celebrations. First there was stop-over at the home of ANC North West MPL Hlomane Chauke where Fransman had originally planned on staying overnight. It was only later when Fransman decided to check into a hotel at Sun City that Wynand found her first opportunity to flee and ask police to protect her.

There she encountered SAPS officers who were more interested in protecting ANC delegates than taking a statement. In the end a terrified Wynand hid under a desk when Chauke arrived at the charge office looking for her. Later she was helped by a clerk (whose name is known to the Daily Maverick) to escape through a back window.

That was almost six months ago. Since then the ANC, SAPS and the NPA have dealt with the serious claim against a powerful regional leader who is close to the president with as much urgency as a Home Affairs official about to go on lunch.

There have been a few generic statements like ANC Women’s League leader, Babthabile Dlamini’s “Open Letter to ALL male leadership figures in business, politics and civil society” published in Daily Maverick a few weeks after reports of the alleged sexual assault surfaced. Wynand has been privately offered support but mostly the ANC tried to avoid stepping into the scandal.

Then at the weekend City Press published what the paper claimed was the final report of the ANC’s Integrity Commission which had recommended, the paper said, that Fransman be suspended and prevented from occupying any position as an elected official for two years.

Why someone would leak the report became evident the following day when ANC Secretary General, Gwede Mantashe, denied that this was the final report and that it was actually “false”.

With so much smoke and mirrors it might be safe to assume that someone on the Integrity Commission had wanted to get the report out into the public realm precisely because its recommendations might neutralise Fransman, one of Zuma’s favourite political sons and an extremely divisive figure in Western Cape.

Fransman, after the report had been leaked, hit back penning a soulful wail. The ANC leader said he had not been informed of the IC decision and had been “saddened and injured by the procedural and assurance lapses of my beloved ANC in the management to date of the unsubstantiated sexual harassment accusation against me. This matter had been managed in a manner that I believe to be unprocedural, insensitive, insulting, disrespectful, slow and tardy.”

Taking his cue in playing the victim from his mentor, President Jacob Zuma, Fransman continued “I believe that this process to date has been influenced, tainted, and marred by factionalist politics to unceremoniously and unconstitutionally neutralise me and ultimately remove me from the democratically elected position of provincial chairperson.”

Professor Njabulo Ndebele, imminent scholar, author and academic, hit back at Fransman in a Facebook post on Monday saying “Mr Marius Fransman complains that the ANC’s handling of his alleged sexual harassment of Ms Louisa Wynand had been ‘insensitive, insulting, disrespectful and tardy.’ There is irony in this. Ms Wynand could have written the same words in relation to how the South African Police Services dealt with her formal complaint against Mr Fransman.”

Professor Ndebele pointed out the obvious; “the power in the irony is in the different perspectives from which the same words could have been spoken. Ms Wynand was powerless against a powerful system that appeared to be mobilized against her, such that Mr. Fransman seemed to be a beneficiary of her disempowerment. On the other hand, Fransman, the apparent beneficiary of a public system that has behaved as if it has been manipulated for his benefit, at the same time that it violated the constitutional rights of Wynand, may have been expecting an additional benefit: a political benefit in addition to the benefits of a corrupted law enforcement system seemingly stacked in his favour.”

Professor Ndebele challenged Fransman who he said “has a decision of his life to make: apologize to Ms Wynand and retrieve moral life. Then some dignity might be recovered. Or, continue to yearn for affirmation from a declining political culture that offers the promise moral abyss and a public profile that could never be retrieved.”

Meanwhile Louisa Wynand and her family were preparing to attend her grandmother’s funeral on Friday.

“I am really not interested in what is going on out there at the moment. I have not been informed of anything and we are just focussing on the family right now,” she told Daily Maverick.

While Fransman might have tried to find traction in Jacob Zuma’s electioneering slipstream on Thursday, the fact remains that he still faces an ANC disciplinary hearing which will soon take place. Meanwhile, the NPA appears still to be investigating the charges (while NASA is still investigating life on Mars). Wynand has not heard from the new assigned investigating officer and a Daily Maverick email to the Northern Cape Deputy Director of Public Prosecutions had not been replied to at the time of publication.

As a beaming Fransman, decked out in ANC colours, moved about with President Zuma in Philippi on Thursday, Mokonyane told the media that Fransman was “back in the Chair” and that the issues around the sexual assault charges had been “resolved”. DM