Tipping point: Can Matthews’ resignation save a sinking SABC? 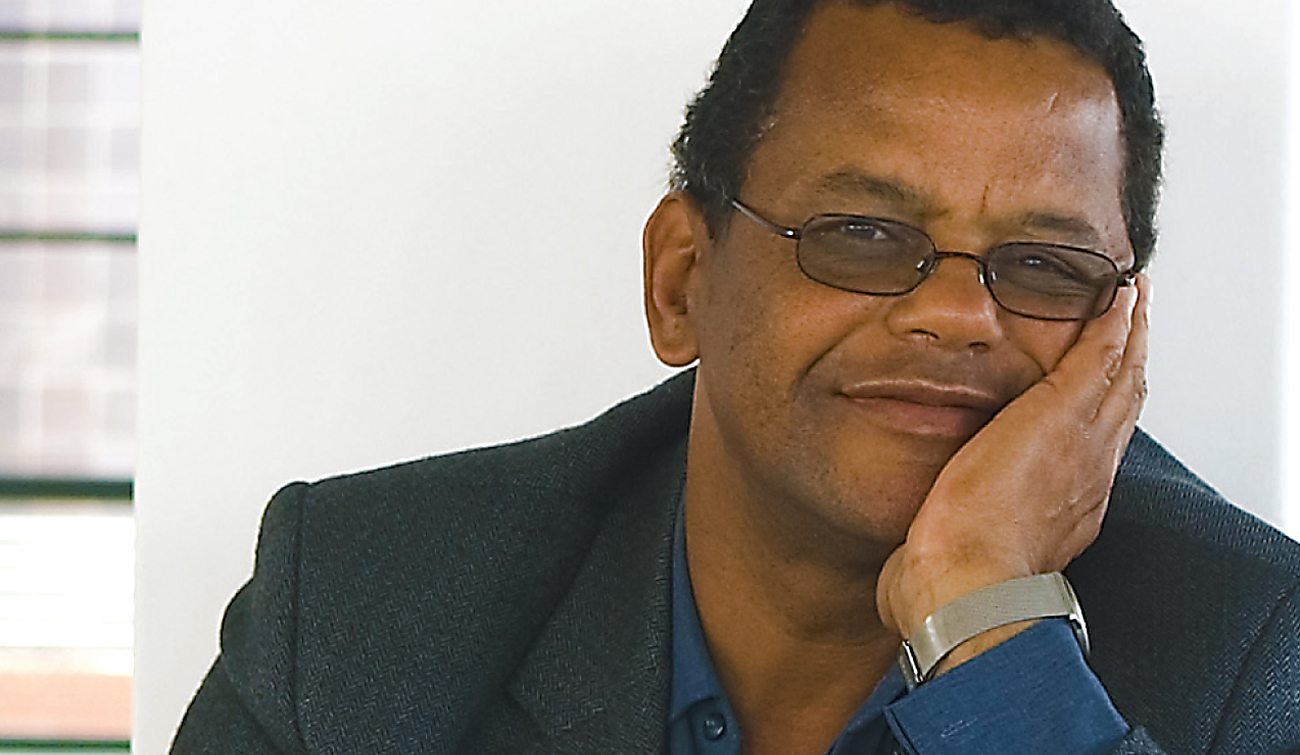 SABC acting CEO Jimi Matthews' resignation on Monday was hailed as a stance against censorship. While Matthews was part of the public broadcaster's recent decisions, he and other SABC staffers who are speaking out might start to turn around SABC policies that have been regressing for years. By GREG NICOLSON.

When Jimi Matthews returned to SABC in 2011 as head of television news, speaking to Daily Maverick, he was optimistic but realistic. He knew the public broadcaster, and the media in general, was open to manipulation. He’d experienced journalism during the 1980s and seen some of the best and worst of the South African media. He believed he could make a difference, speaking to the SABC’s huge audience and using its resources to reflect the realities South Africans faced.

Matthews has written on the shifts in the media and his aim to reflect the truth:

“Whereas in the 1970s the mainstream media could, in the main, under-report the mass protests that were brewing in the urban townships, the 80s was another story. Initially the apartheid security forces were able to restrict the protests to the townships and the rural villages. The events were poorly reported in the main newspapers and totally ignored by television. When asked why the newspapers were paying scant attention to what was going on in the surrounding townships, a prominent English-speaking editor opined that it was important not to discourage foreign investment with scare stories.”

While much has changed since the 1980s, the comments from Matthews, who also worked at eTV and Reuters, invite obvious irony. But the veteran newsman, who is viewed highly in media circles, came back to the SABC with realistic and noble goals before getting sucked into the maelstrom and becoming complicit in the public broadcaster’s political misdirection. It’s seen Matthews, who eventually rose to the position of acting CEO, not only perpetuate the journalism he has criticised, but defend it.

The SABC has long faced criticism in the democratic era, but the reign of chief operating officer Hlaudi Motsoeneng has seen its journalism reach new lows. According to the Public Protector, Motsoeneng lied to get his job, didn’t show remorse about it, then used the turmoil in SABC board to get his way, and gave himself highly questionable pay increases. Thuli Madonsela’s SABC report came out after the COO in 2013 had said 70 percent of stories the SABC reports must be positive. At the time, Matthews said Motsoeneng hadn’t attempted to influence the newsroom.

Over the years Motsoeneng has managed to expand his influence while continually appealing court challenges from the Democratic Alliance seeking to have him removed. In fact, this year a revised SABC editorial policy is reported to have given the COO powers even greater than the CEO and in the last month Motsoeneng has introduced sweeping changes, seemingly without notice or consultation. He announced radio stations would have to play 90 percent local music. Editors and journalists from rival publications were reportedly blacklisted. Images of violence during public protests were banned. Allegedly, negative news on President Jacob Zuma was to be disregarded. Hlaudi is even reported to have asked cameramen to be re-trained because he was upset that he looked short on TV.

“But Baba loves him, he loves him so much. We must support him,” the late SABC board member Hope Zinde was allegedly told by Communications Minister Faith Muthambi. Muthambi has backed Motsoeneng in his court challenges and flouted logical appointment processes according to a court judgment, when she named him permanent CEO.

Given what long-time SABC spokesperson Kaizer Kganyago calls an obsession in the media with Motsoeneng, it’s not always easy to know what’s true about the COO’s reign. But throughout his term, Matthews has been follower of Motsoeneng’s decisions. Matthews recently said in papers to the Supreme Court of Appeal that the SABC could “ill afford to lose a rare skill” such as Motsoeneng.

Responding to a complaint by Media Monitoring Africa to the Independent Communications Authority of South Africa (Icasa), Matthews submitted an affidavit last week defending the SABC’s decision to limit coverage of violent protests. He said the Broadcasting Code prevented displays of gratuitous violence that does not advance a plot, journalists should not be put in danger, and the police already collect footage of protests. During the Icasa hearing, Bantubonke Tokota, who was also a commissioner at the Marikana Commission of Inquiry, representing the SABC, claimed both the presence of media at protests and airing footage of violence can lead to more violence. It was also harming SA’s attractiveness as an investment option, he said. Tokota said there had not been time to produce evidence, but in the past Motsoeneng has said, “I don’t believe in scientific research. I believe in practicality.”

Given his defence of SABC practices that have long been criticised, Matthews’ Monday resignation letter is a difficult read. “It is with great sadness that I tender my resignation. For many months I have compromised the values that I hold dear under the mistaken belief that I could be more effective inside the SABC than outside, passing comment from the sidelines,” Matthews wrote to SABC chairman Professor Mbulaheni Maguvhe. He posted his resignation letter on Twitter, noting, “I have quit the SABC.”

“In the process the prevailing, corrosive atmosphere has impacted negatively on my moral judgement and has made me complicit in many decisions I am not proud of. I wish to apologise to the many people who I’ve let down by remaining silent when my voice needed to be heard. What is happening at the SABC is wrong and I can no longer be part of it.”

Matthews didn’t mention problems with Motsoeneng, the SABC board or the minister, but the usual round of commentators took the liberty of explaining his decision. Many referred to his past credentials and said was better late than never. The DA, the Congress of the People, and Right2Know linked it to alleged SABC attempts to project the ANC in a positive light. Yet Motsoeneng and Matthews have been accused of political bias for years. So why now?

In the last week, perhaps as election season ramps up, perhaps Motsoeneng is taking a stronger role as his court appeals continue to falter, problems at the SABC seemed to have intensified, affecting well-known and respected journalists. SABC economics editor Thandeka Gqubule‚ RSG executive producer Foeta Krige and Afrikaans news producer Suna Venter were served with suspensions last week reportedly for challenging a decision in an editorial meeting not to cover protests at the public broadcaster against censorship and the removal of Motsoeneng.

“Our newsroom has become a source of derision, despair and criticism from the people that we are fundamentally accountable to, the public at large,” they wrote. “In particular, the developments of the past week have heightened this sense of fear, lack of clarity about our journalistic responsibility and low staff morale permeating our newsrooms, because of what we consider to be normal editorial engagements and the usual contestation of ideas during a diary meeting.”

For years SABC staffers have been reluctant to publicly comment, but the suspensions could be the tipping point that leads them to pressure politicians to act.

On Monday, SABC parliamentary journalist Lukhanyo Calata reflected on the anniversary of his the death of his father, Fort Calata, murdered with the Cradock Four.

“Thirty-one years later, I now work as a news reporter, with the sole purpose of telling stories of my people with dedication, truth and freedom. A freedom that many like my father either died or were imprisoned for.

“It is therefore with great sadness that I am confronted with the disturbing direction being taken by my employers. A direction I believe flies in the face of what many have sacrificed. The decisions taken recently by the SABC cannot be described in any other way but them being a curbing of media freedom. A freedom to report ethically, truthfully and without bias.” DM