Clean sweep: Tshwane according to the SABC 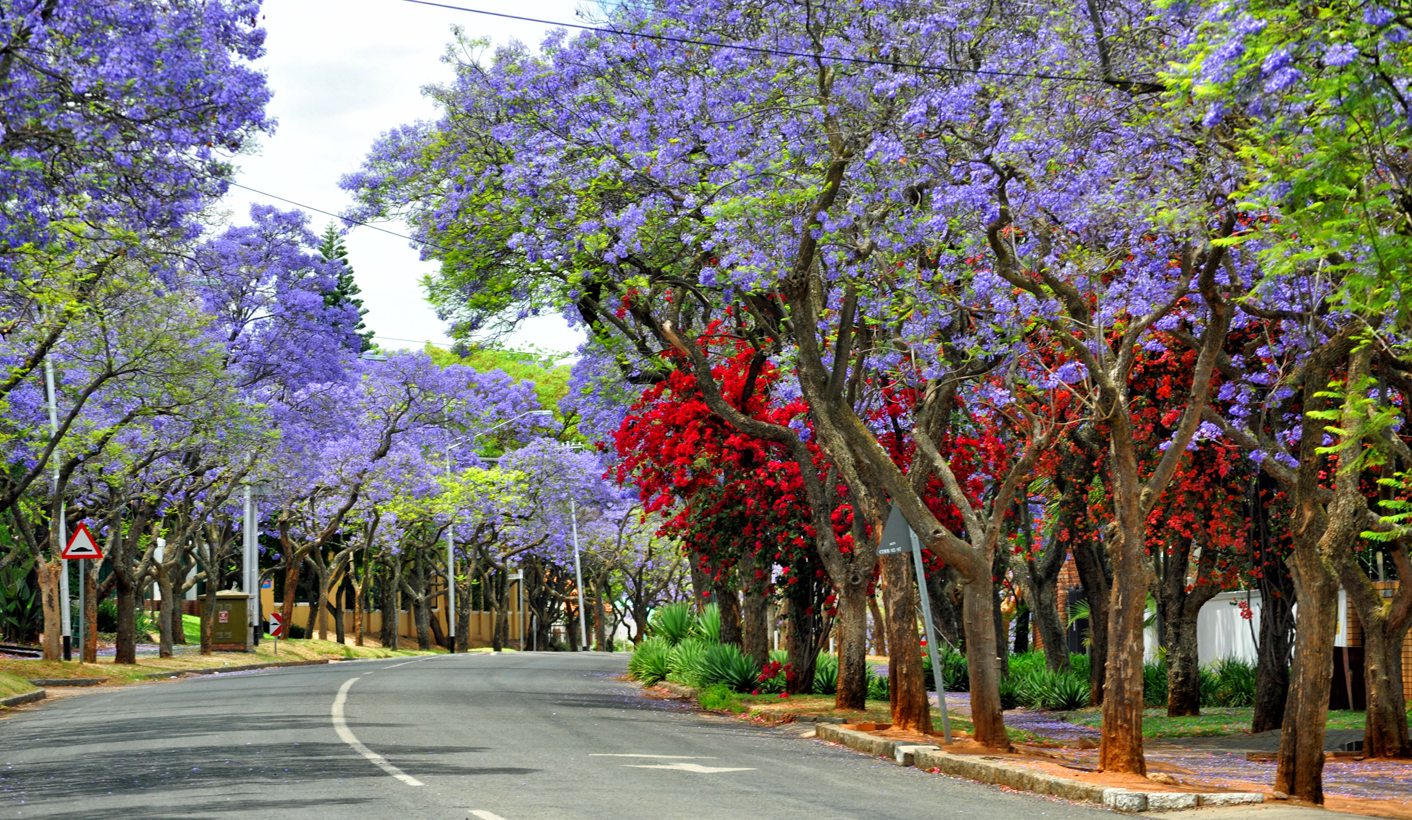 The SABC may be cancelling Days of our Lives, but our own version of the soapie is playing out on the broadcaster’s doorstep. As the SABC’s deadline to explain its sudden changes in editorial policy looms, it has come under fire for its coverage of violent protests around the capital. On the same day, its former CEO was listed as a missing person. In the chaos, the public broadcaster seemingly stuck to its guns and did not make public any footage of violence or destruction of property or infrastructure. But here and there were subtle indications that not all the stakeholders were ready to roll over. Now, say lobby groups, it’s a game of strategy, and we’ll know by the end of the week who’s winning this round. By MARELISE VAN DER MERWE.

Tuesday dawned to continuing protests in Tshwane. Monday night had seen at least 20 buses torched, with police being called in to Mamelodi, Garunkuwa, Hammanskraal and Atteridgeville.

The SABC, true to its promise, did (eventually) cover the protests. But the coverage itself drew the ire of the public, lobby groups and opposition political parties.

Monday had seen a notable absence of coverage via the SABC; while the majority of other media – print, online and broadcast – had either led with the protests or given them substantial coverage, the SABC had failed to do the same.

Media Monitoring Africa’s director, William Bird, wrote in a column for Daily Maverick on Monday: “I’m sure there are some at the SABC who are reporting it. There are, after all, 18 services at the SABC, and despite the iron-fisted techniques, some still fight to do their job. But when your flagship service doesn’t even mention what’s going on, we have a massive problem.”

Journalist Ferial Haffajee added via Twitter: “Nothing on SABC 1, 2 and 3 which are the really important channels. Maybe it’s a resource issue. Or skills to do lives. #TshwaneProtests.”

By Tuesday, the SABC upped its game, although at the time of writing no violent footage had been screened. During the course of the day, hints at the carnage slipped through, although the tone used at times was telling. Around 21:00, for example, a headline story on the SABC News website reported that residents had “resorted to” looting as protests continued. An earlier story on SABC Digital News (and tweeted) laboured that protesters would be “dealt with”. For the most part, however, there was an apparent increase in attention to the protests. And although no footage of actual violence was shown, the aftermath did make cameo appearances: an angry protester here, a burnt bus there.

Bird told Daily Maverick by phone on Tuesday that a slight shift to more coverage might have been a result of public pressure, but also “pushback” from within the SABC from journalists who opposed the changes in editorial policy.

“We have heard from quite a few journalists within the SABC who are not happy with the changes,” he said. Given that there is as yet little clarity on what the actual editorial policy is – it has only been issued via press release and the policies currently listed online are outdated – it is possible that journalists who wish to provide balanced coverage (or indeed any coverage) may, for now, be able to exploit this loophole.

This is the optimistic analysis. The majority of Tuesday’s coverage of the Tshwane protests did raise concerns for lobby groups, analysts and opposition parties. Moods across the country remained anxious, fuelled by the simultaneous news of former SABC CEO Solly Moketle’s alleged disappearance, which received scant attention by the SABC as well as the Department of Communications; the latter sent out a terse three-line press release.

It is not that the SABC is failing to cover the protests. The SABC did, after all, early on deliver a full broadcast of the media briefing in which Jessie Duarte explained the choice of mayoral candidate. And Tuesday morning’s coverage included an early Newsroom clip in which the primary question posed was what penalty should be given to protesters, as well as a one-liner appealing for calm and no destruction of property.

A statement by Cyril Ramaphosa, accessed via SABC Digital News, reiterated the condemnation of violence. In between, an interview with Nomvula Mokonyane introduced the angle of gender parity, with Mokonyane telling viewers that citizens “should appreciate what the ANC has done for the first time” in introducing a mayoral candidate early, and putting forward a woman to boot. A further edition of Newsroom laboured the point that reporters were scheduled to attend a press briefing, but were not able to, due to the violent protests that had made access impossible. The implication was clear: it was not the SABC that was restricting access to information, it was the protesters.

What is of concern is rather that the coverage given persistently fails to give voice to the protesters and gives disproportionate coverage via commentary by their critics. Where protest is the method of communication chosen by a people feeling disenfranchised, taking the editing scissors to scenes of protest is tantamount to deliberate silencing.

COPE’s Dennis Bloem slammed the SABC for failing to communicate the seriousness of the protests and attempting to keep citizens uninformed, saying: “The ANC acted criminally and violently in Tshwane on Monday. It left those who experienced it traumatised and shocked. Viewers of SABC would not have seen the mayhem… ANC cadres are demonstrating that fighting for positions and defeating each other and one another is far more important than the health and well-being of the people. It was a brutal and violent display of dog-eat-dog.”

Bloem added: “The N1 to Limpopo was closed for a long period. Public services were being put on hold. Businesses were disrupted and brand South Africa took blows to the head.”

Bird told Daily Maverick that he “seriously doubted” anyone relying on the SABC alone for news coverage would have a full understanding of what had been occurring in Tshwane specifically or the country at large.

The DA’s mayoral candidate for Tshwane, Solly Msimanga, speaking near his childhood home in Atteridgeville, spoke of the “destruction and chaos” left by ANC supporters who were enraged by the decision to put forward Thoko Didiza as mayoral candidate.

“These are the actions of a party that has presided over the decline of the capital and now they want to bring in an outsider, someone who does not know this city or its people, to try and clean it up,” Msimanga said. “But as Tshwane burns, the president at the root of this violence and the outsider he deployed to this city have remained silent.”

But will the objections have any effect? UKZN Academic Leader of Research specialising in media, Dr Nicola Jones, when asked whether it was likely the SABC would revise its editorial policies in view of pressure from lobby groups, simply responded: “No.”

Bird agreed; he told Daily Maverick that the ICASA hearing on Friday would probably play a role in the first steps toward reform in the SABC. Failing that, however, it would be a game of strategy, a matter of convincing the SABC that it was in fact counterproductive to continue to cut off the populace from crucial information. “The SABC used to be able to do interesting things,” he said.

And is Hlaudi Motsoeneng untouchable? Maybe, maybe not, says Bird. “The only way (Motsoeneng) will be removed is through a political shift. This has become an election issue; it’s the undermining of our Constitution,” he said. “That’s the sort of thing that might cause (his supporters) to say ‘this is causing us more damage than good’.” DM

Photo: The beautiful Tshwane, by John Karwoski via Flickr.