Report: After 23 years, Hani murderer gets his reprieve, but the pain he inflicted remains 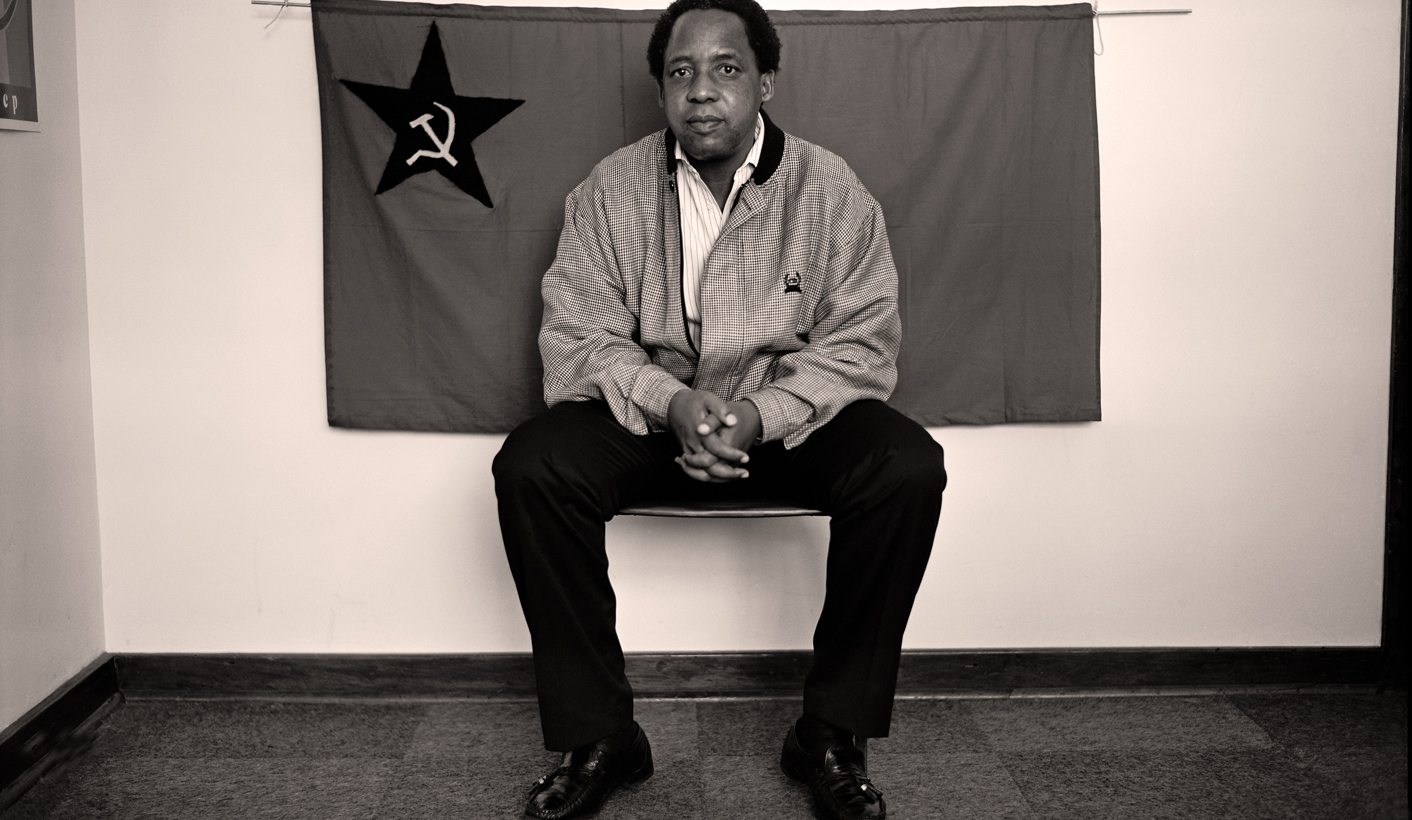 On Thursday the High Court in Pretoria made what could be the final legal order in the case of the murder of Chris Hani. It said Janusz Walus must be released. It means that Clive Derby-Lewis, who arranged the killing, and the man who actually pulled the trigger, are now going to be (relatively) free men. But we are still no closer to knowing what actually happened, why they did what they did, and if they had outside help. And old wounds, in our politics, the SACP, and for Limpho Hani, keep festering. And while the rule of law may have prevailed, most South Africans won’t feel happy about it. By STEPHEN GROOTES.

Janusz Walus is something of a cypher, what Donald Rumsfeld would call a “known-unknown”. He is someone whose name we know. But almost every image you see of him shows those translation headphones he wore at the Truth Commission. We know he joined right-wing political parties when he came to South Africa from Poland in 1981. But we still don’t really know why he committed the heinous crime. Contrast that with the history of Derby-Lewis, once the Conservative Party’s Mayor of Bedfordview, who once phoned into John Robbie’s programme on Radio 702 to complain about his treatment in prison.

This means it’s hard to humanise someone like Walus. Should we even try? After all, he committed a crime that brought us as close as we’ve ever come to an open long-term racial conflict. He committed the murder when negotiations were in a particularly awkward phase; he killed Hani “during a delicate time in a dangerous year”.

What is abundantly clear is that the government, the SACP and the Hani family do not want Walus to be released. The Minister of Justice and Correctional Services had previously received an application for him to be released on parole and sat on it for 18 months. And then simply refused the application. The SACP has said many many times that he and Derby-Lewis should not be freed. And of course, who cannot but sympathise with Limpho Hani, a widow now for 23 years, who still feels the pain today.

She told 702’s Redi Thlabi just after the ruling that the judge was wrong, that she had not properly taken into account how the Hani family felt, and that “she had played God… she told me and my family to move on, so this judgment is not a surprise”. She went further, saying the judge is “nothing but a racist. To her black lives dont matter”.

Despite the emotion of the moment, those are powerful sentiments. And they may well play into a currently swirling narrative about the power of judges and race.

Judges, of course, must rule on law. Their identity is not supposed to matter. In our current situation, for many, racial identity matters in everything. Generally speaking, the process of appointing judges to cases is supposed to be fairly random, it depends on which cases are coming up, and which judges are available. That said, Judges President and Deputy Judges President generally decide. Or, as one senior advocate has put it, “in the real truth, you never really know” how cases are allocated.

One of the comments Limpho Hani is referring to is a moment during the application hearing where she says the judge told her to simply “get over it” with regard to her husband’s murder. That’s how it’s been portrayed, and how the SACP has viewed it. But Julian Knight, the attorney representing Walus, has a different recollection. He says the judge’s question was to ask if it was “not healthy after all these years to harbour hatred… if you hate somebody it will destroy you”, before saying the trauma of losing someone in that way must take a very long time to recover from.

It’s certainly a different version of events, and another indication of how different comments and situations can be understood by people in different positions. If you are grieving the loss of your life partner through a political assassination, what looks like a fairly academic point by a judge must be felt in a different way.

Before we look at the judgment, a brief moment on one of those quirks in our system. The application is brought under what you could call “new” law, under the Promotion of Access to Justice Act. It’s the law that came after our constitution; it allows you to have a judge review the outcome of any process. But the actual parole application is judged under the parole legislation that was in force at the time he was sentenced. That was in 1993, so it’s a new law being used to judge old law. Or the other way around. Confused?

So then, why has the judge ruled in the way she did?

In a 17-page ruling Judge Nicolene Janse van Nieuwenhuisen starts off by explaining the factual background. Perhaps most fascinating is the reminder that the first sentence imposed on Walus was in fact death. He and Derby-Lewis were convicted in 1993 (murder trials happened more quickly in those days, no worries about human rights or a constitution back then), and were told they would be hanged. But the death penalty was put on hold by former president FW de Klerk, and then the entire penalty itself was judged unconstitutional. Which meant eventually the sentence was commuted to life in prison. Which means, in a way, that the fact Walus is alive at all is thanks to the commitment of the ANC and the SACP to human rights.

Janse van Nieuwenhuisen points out that parole is “still a form of punishment” and that strict conditions are imposed on people who are granted parole. In this case, she says, Walus will “serve his sentence until death”.

She also explains how the Hani family “refuse to accept an apology from the applicant and further refuse to meet with him. Their stance is simply that they will not forgive the applicant. The Hani family’s decision in this regard must be respected”.

But the Hani family are not judging this case. If they and the SACP believe Walus cannot be released simply because the Hani family don’t forgive him, they are giving the family the powers given to the judge. And there are very few jurisdictions in the world in which a family member of a victim would be given that power. It would remove the need for judges in the first place. And probably lead to trials even quicker than those heard in 1993.

Janse van Nieuwenhuisen goes through a letter from Walus addressed to the Hani family in which he seeks forgiveness, and apologises. This is the documentary evidence a judge needs in a case like this to prove remorse. She says it’s difficult to grasp why the minister took the issue so seriously. Walus, she says, had no control over whether they forgave him or not, and it is “disconcerting that the minister attaches so much weight to this issue whilst it is not, in terms of the applicable policies, a factor to be considered when evaluating the application for parole”. Is it just me, or is there a rebuke in there somewhere?

She says sending the decision back to the minister would result in an “undue delay” as he took almost 18 months to come to his original decision. If Michael Masutha was not feeling rebuked already, he certainly should now.

The SACP is furious, saying the only way Walus and Derby-Lewis could show true remorse is if they told the whole truth about why they carried out the Hani assassination. There have been constant rumours and speculation that they had help, that perhaps some of Hani’s rivals in the ANC made this happen. But that seems unlikely, particularly as there was a risk of a huge conflict that could have undone everything just as they were about to take political power.

We don’t know what South Africa would have been like if Hani had not been killed. But we do know that, 23 years later, he is still mourned by his family, his comrades and all freedom-loving South Africans. DM