Women’s Cricket: The name of the media game is Inequality 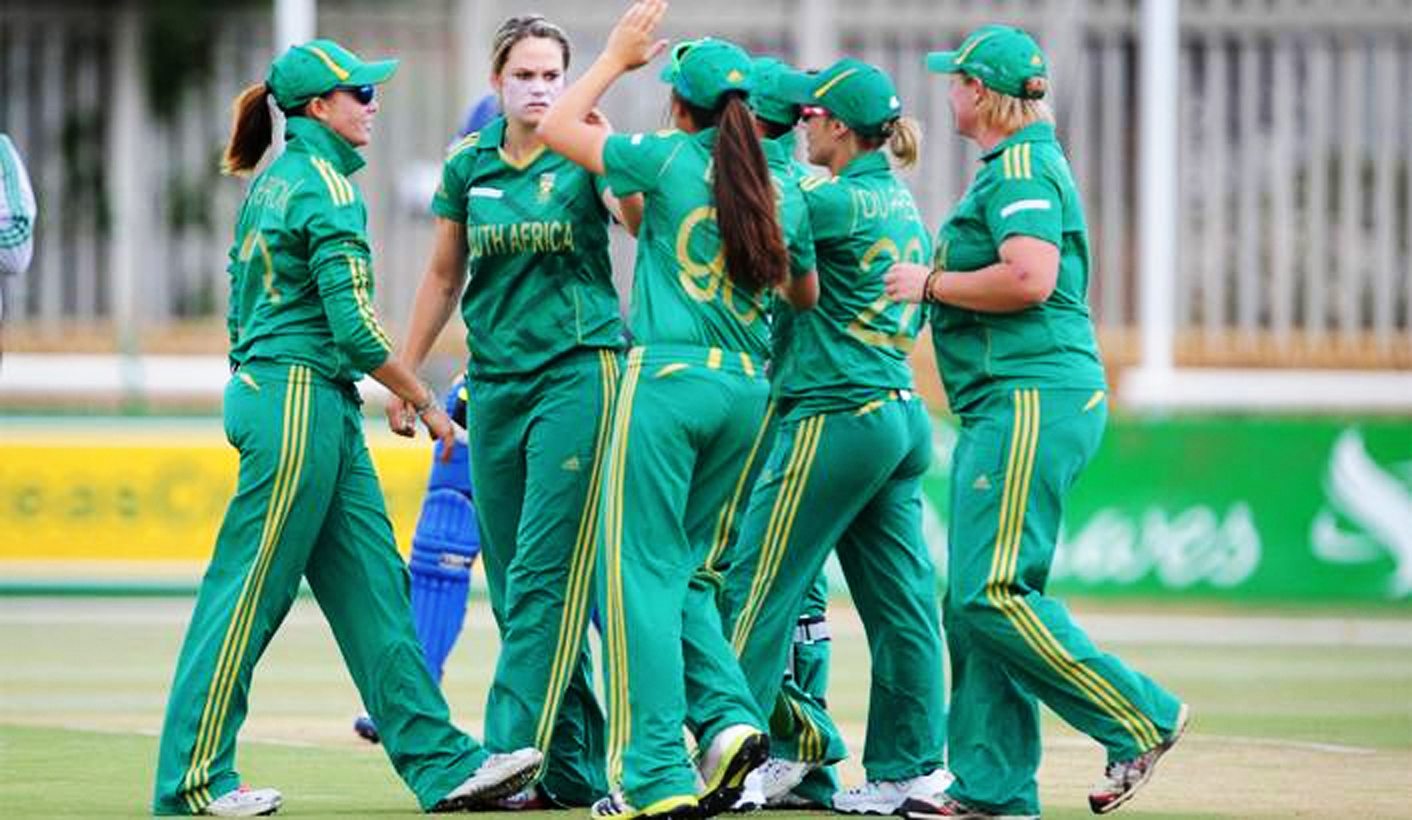 On Friday night, South Africa completed a historic feat. For the first time they beat England in a T20. It was a significant achievement for a side which had just turned professional two years ago. Yet, you wouldn’t know that the match had even happened if you glanced at mainstream media. Of course, we are not talking about the men here: South Africa has a women’s cricket team that’s making strides but you would never know.

South Africa won by 17 runs on the Duckworth-Lewis method with England having posted 156-6 in their 20 overs. South Africa responded with 145-3 in 17.2 overs with Dane van Niekerk’s 63 off 43, Captain Mignon du Preez’s 47 off 41 and Marizanne Kapp’s cameo of 31 off 13 all contributing to the total. Twice the match was interrupted by rain, before eventually being called off.

On both occasions, South Africa was well ahead.

It was a significant moment in the evolution of this side, who only turned professional two years ago. Considering there is a World T20 just around the corner, this win, even if they would go on to lose the series, was a milestone and deserved to be covered as such. And yet, news outlets cared little for it.

Despite the match being televised before the men’s feature that was played at the same venue, few, if any local publications bothered to write their own copy for it. Sure, we live in a time where budgets are tight and resources are limited, but it’s difficult to find an excuse for ignoring the women’s game quite so blatantly. For some mainstream publications, it took until the next morning to republish a press release instead of writing up a match report.

It is not a problem exclusive to South Africa, however. From the UK publications, only The Guardian and The Independent had written a report. The problem is indeed global and studies show that women’s sporting events only get about three percent of sport coverage. Some will argue that it is because women’s sport, particularly in what is considered “traditionally male” sports, is considered to be of lesser quality and the resources simply aren’t there to cover them. But if very little extra effort is required for resources to make that coverage possible – as in the case of the women’s fixtures being played ahead of the men’s – what exactly is the excuse? Do all South Africa’s national teams not deserve equal coverage, especially when the fixtures they are playing are building up towards a World Cup?

For a team that has progressed in leaps and bounds in the last two years, it must be immensely frustrating to constantly have to have conversations about the struggles they face. Having only gone fully professional (being able to just focus on playing cricket instead of working a second job to supplement their income) in 2014, South Africa has come a long way. They made the semi-finals of the previous edition of the World T20 despite these obstacles – an immense achievement for any side.

Yet, speaking to the players, they all feel as if the media simply does not care about them and glancing over the coverage, they have every right to feel frustrated. Prior to their T20 win over England, they had also beaten England in an ODI for the first time in 12 years with a 16-year old hitting her debut century. Once again, coverage was limited.

The perception the media creates about women’s sport is vital for the future of it. Not only does it encourage young girls growing up to believe that they can be strong, confident and skilled, it also helps shape their dreams and aspirations. Knowing that you can have a career as sportsperson is something that almost seems ordinary for boys. For young girls, their options seem to centre on either tennis or athletics. Boys know they can play sport and are almost expected to do so. Girls, on the other hand, are not constantly sent this message which is why equal coverage of men and women’s sport is so vital.

The media also plays a vital role in informing the public about fixtures and you only had to glance at the empty stands for the women’s fixtures to realise how badly both the media and the marketing department of Cricket South Africa has failed in promoting the women’s game to the public.

Many fans did not even know that their ticket for the men’s fixture allowed them access to the women’s match, or that there even was one. The Big Bash in Australia has recently showed that it can be done with record attendances and record TV viewership. The excuse that “people aren’t interested” simply does not wash. That two out of their three fixtures was on TV is a good start. A further three matches, against the West Indies in March and played before the men’s T20s against Australia, will be on TV, too, but there is a long way to go to get on equal footing with the men.

None of this is an attempt to gloss over the fact that there is much to improve on in the women’s game. During this series, the fielding, particularly from England, has been woeful. The bowling has been dubious in parts, but it does not define the format. Women’s cricket might have existed for centuries, but it has only started to find a commercial place in the last few years so it’s no surprise that it suffers from an identity crisis. It doesn’t mean the coverage have to suffer from the same. DM