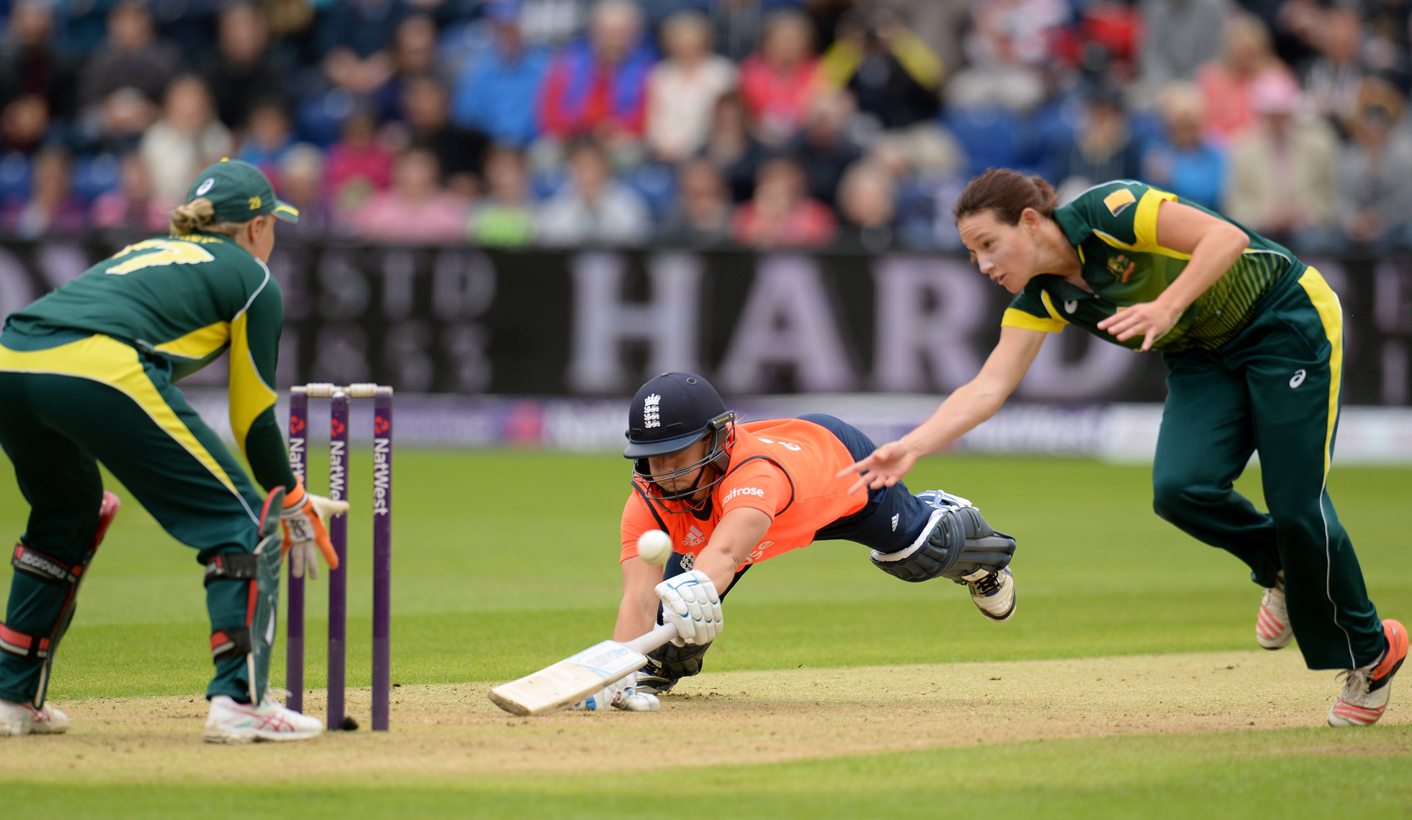 The inaugural season of the Women’s Big Bash in Australia exceeded expectations in every way. But while the women’s game is becoming increasingly professional Down Under and across the pond, it still lags behind in South Africa. The weakening rand, which so threatens the men’s game, could now also endanger the women’s game if the governing body doesn’t box clever. By ANTOINETTE MULLER.

As little as five years ago, it was hard for women in South Africa who played cricket to believe that it was a viable career option. While league structures existed and the country had a national team, sponsors weren’t exactly flocking in and the team was still considered to be amateur. There were no professional contracts and the women who represented South Africa’s national side had to work full-time jobs alongside playing cricket.

Now, everything has changed. South Africa’s women’s team is contracted, although at a reduced rate compared to the men’s, and, more importantly, they have supplementary income opportunities outside of South Africa which means, for the first time, women who are good at cricket can simply focus on just playing cricket.

For Marizanne Kapp, one of South Africa’s best bowlers, it was something she never thought would happen.

“When I was in matric, by mother wasn’t too happy with about me playing cricket because there was just no money in it. Never in my wildest dreams did I think I would be able to earn a living playing cricket,” Kapp told Daily Maverick.

Kapp was one of three South African women who were contracted during the inaugural season of the Women’s Big Bash in Australia. Her team, the Sydney Sixers, finished runners-up to the tournament and Kapp finished as second-highest wicket-taker for her side, taking 17 scalps at an average of 14.35. The publicity garnered by the Big Bash was extraordinary and for the first time in her career, she was recognised in the street.

The tournament exceeded expectations in every way possible. There were crowds of over 10,000 at some matches, TV viewers of above 400,000 and the matches were at the top of the TV ratings for their slots. The quality was mostly good and Kapp said that she was stunned that some of the women playing in the competition weren’t even close to the Australian national team.

It slightly contradicts the age old excuse that people “aren’t interested in women’s cricket” and “won’t watch it”. While women’s cricket is still struggling to carve its own identity in South Africa, it’s slowly becoming a business in its own right in Australia and England, all thanks to boxing clever and giving sponsors’ value for money. England will launch its own Women’s T20 Super League in the English summer with big contracts up for grabs for the women who participate.

The weakening rand means that South Africa’s players could be tempted by offers from all over the world to earn their income. Cricket careers are short and injuries can curtail a blossoming cricketer at any time. Earning as much money as possible in such a short space of time is something all professional sports people consider. While pride of playing for your country is always there, it won’t foot the bills later on in life.

As with the booming of T20 leagues for men, the rise of T20 leagues for women also pose the risk of giving up international cricket. Big Bash contracts are currently set at retainers of between $3,000 and $10,000 – sums that will only increase as the commercial value of the tournament does.

These contracts also offer talented cricketers the opportunity to only play cricket. In South Africa, women on A-level contracts, like Kapp, have the luxury of just focussing on sport, but those on B and C level contracts often have to supplement their income with either coaching or an actual job to earn a decent living.

“The desire to represent your country will always be there, but if we play in the Big Bash and the Super League we can earn more money than we do playing for South Africa in a year, it’s something we would like to see improve in the years to come. Our careers are short and we have to plan for our future,” explains Kapp.

The newly launched Super League in England will clash with the South African women’s tour to Ireland this year which does mean that there is a risk that Cricket South Africa will turn down players like Kapp’s no-objection certificates (NOC). These certificates are submitted to the governing body once a player receives an offer and contracted players are then either refused or denied permission to play fixtures alongside their national contracts.

In South Africa, one of the biggest struggles remains drawing sponsorship as well as crowds to the women’s games in order to increase revenue. Although the team does have a title sponsor, they are not nearly as well marketed as the men’s and Kapp believes that small changes can make a big difference.

“Australia was so good with their marketing of the women’s game. When you speak to most people in South Africa, they do not even know that a women’s team exists. But it takes something as simple as putting a few posters up or simply advertising the women’s fixtures at a Test match,” Kapp says.

There is hope, however. This summer, Cricket South Africa will, for the first time, host televised double headers with the women playing before the men.

The women will play a three-match ODI series against England beginning on 7 February followed by three T20s. Two of those fixtures – Johannesburg and Cape Town – will be played as curtain raisers to the men’s T20s against England at the same venues. West Indies women will then visit South Africa for the same schedule of fixtures (three ODIs and three T20s) with all three T20s being played as curtain-raisers to the men’s T20s against Australia.

It’s a step in the right direction, but it does not come without its challenges. Most of the grounds in South Africa only have one set of change rooms. Allowing enough change-over time (for the women to pack up and the men to set up) means that the time between the two matches can be lengthy and unpractical for many fans who stick around at the ground. While this is far from ideal, for now, this will have to do. DM