Analysis: More than just a farm in Africa, Nkandla is a tipping point 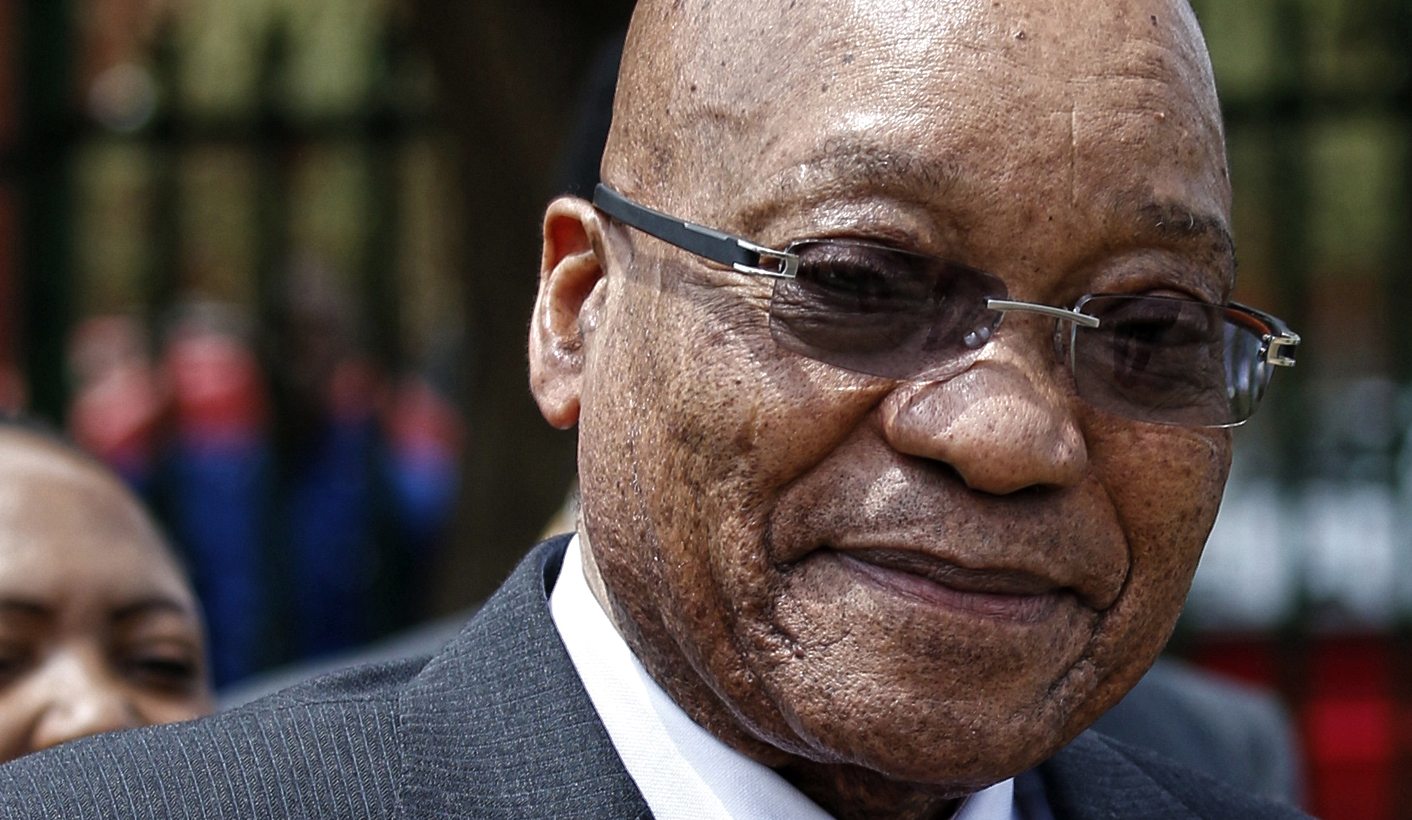 Nkandla has become a symbol of broken politics. Nothing can convey the political havoc wrought by the Nkandla scandal than the sight of lawyers for the President, the EFF, the DA, the National Assembly, the Police Minister, the Public Protector and Corruption Watch all arguing in front of a bench. The judgment, when it comes, is likely to have deep significance. Perhaps we're reaching a tipping-point. By STEPHEN GROOTES.

As the Constitutional Court hearing continued through Tuesday afternoon the Twitter discussion started to turn to sympathy for the advocates for the National Assembly and the President. It can often be difficult to feel sorry for someone as sharp and confident as Advocate Jeremy Gauntlett or as gifted as Advocate Linda Nkosi-Thomas. Both, as it happens, earn more per hour than most of us do in a month.

But the fact that it happened was an illumination of the weakness of Zuma’s case. Concession appeared to follow concession; yes the Public Protector has the power, yes her remedial actions are binding…

It was probably as close as we’ll ever get to Zuma himself standing in a dock and answering questions under oath about what really happened at Nkandla. Suddenly, the bluster and the hyperbole of “Nka-aaaandla” were laid bare for all to see.

There has been no doubt of course. Long before the insult that was that operatic video produced by Nkosinathi Nhleko we’d all known it. Zuma had used public money, state money, money for schools, hospitals and power stations to build his own town. We’d known it ever since our friend and colleague, the late Mandy Roussouw had first stumbled across it, all those years ago.

But to see it, once again, in the Constitutional Court, with all the arms of state represented, was to see how low we’ve sunk. How Nhleko and the Police Ministry were abused, how Nhleko didn’t even question, he just did what his bosses asked. How the National Assembly, under the management of Baleka Mbete simply abrogated its responsibility. The body that we elected, and asked to represent us, simply looked the other way for the sake of political expediency.

And then the judges, once again, against their will, called into resolve what is at least partly, a political dispute. They, of course, were brilliant. Probing when necessarily, gracious when needed. But ultimately, not letting a thing slip past them.

Based on what we saw on Tuesday, it seems very likely that they will find that the remedial action of the Public Protector is binding on the President. This means Zuma has to pay back the money. Which means that he has failed to live up to his oath to uphold the Constitution.

It is surely important that Gauntlett, acting for Zuma, kept coming back to the point that the judges should not be pushed into a finding that could be used to then impeach him. In other words, find that the Public Protector has the powers if you must, make him pay back the money if you must, but don’t find he breached his oath of office.

It would all seem to suggest that Zuma is actually getting quite nervous. Why?

Of course no President wants to go through an impeachment proceeding under any circumstances. But in our case, there is surely no way it would be successful in Parliament with the ANC enjoying the dominant position that it does. So there would be no reason for him to be nervous. The ANC would protect him.

Unless something has shifted. Unless the lock on power that he had just six months ago is dissipating, fast. We’ve said before that Zuma is now entering the most dangerous phase of his Presidency, as his power of patronage is waning, while the number of enemies has increased through the natural course of being in power, and through his supernatural powers of attracting negative reactions.

But, if we’ve always known that Nkandla was a scam, will it really matter if the Constitutional Court makes a finding that it was? Surely it must.

Politics is often about symbols, and the symbol of someone who has been found to break his oath of office as a leader could well be finally more than the ANC could actually bear. Imagine this ruling coming just three days before polling in the local government elections… Unlikely, of course, but just imagine. Would it not just send everything into a massive tailspin? The ANC would not just be suffering from the perceptions of wrong-doing, but a Constitutional Court finding, on the part of its main symbol. Imagine trying to defend that? It would simply be impossible.

And imagine the situation in Luthuli House, the arguing about what to do, Gwede Mantashe and David Makhura realising Joburg and Tshwane are going the way of Nelson Mandela Bay while those in the Premier League do their utmost to keep things as they are now. The panic, the indecision, the unbearable knowledge that your opponents have been right all along.

It is, of course, unlikely to play out like that, but should this kind of finding come, something similar is likely to be seen in a corridor somewhere. It would be inescapable.

Zuma is about much more than one home at Nkandla. His presidency has been important for many reasons. Life expectancy has gone up dramatically since he took over. Crime went down but is now creeping up again. Many more people have been educated, treated in hospitals and helped by government. But, like Richard Nixon and Watergate, Nkandla is going to the only real symbol that endures from his Presidency. DM