Op-Ed: It is all about political capital 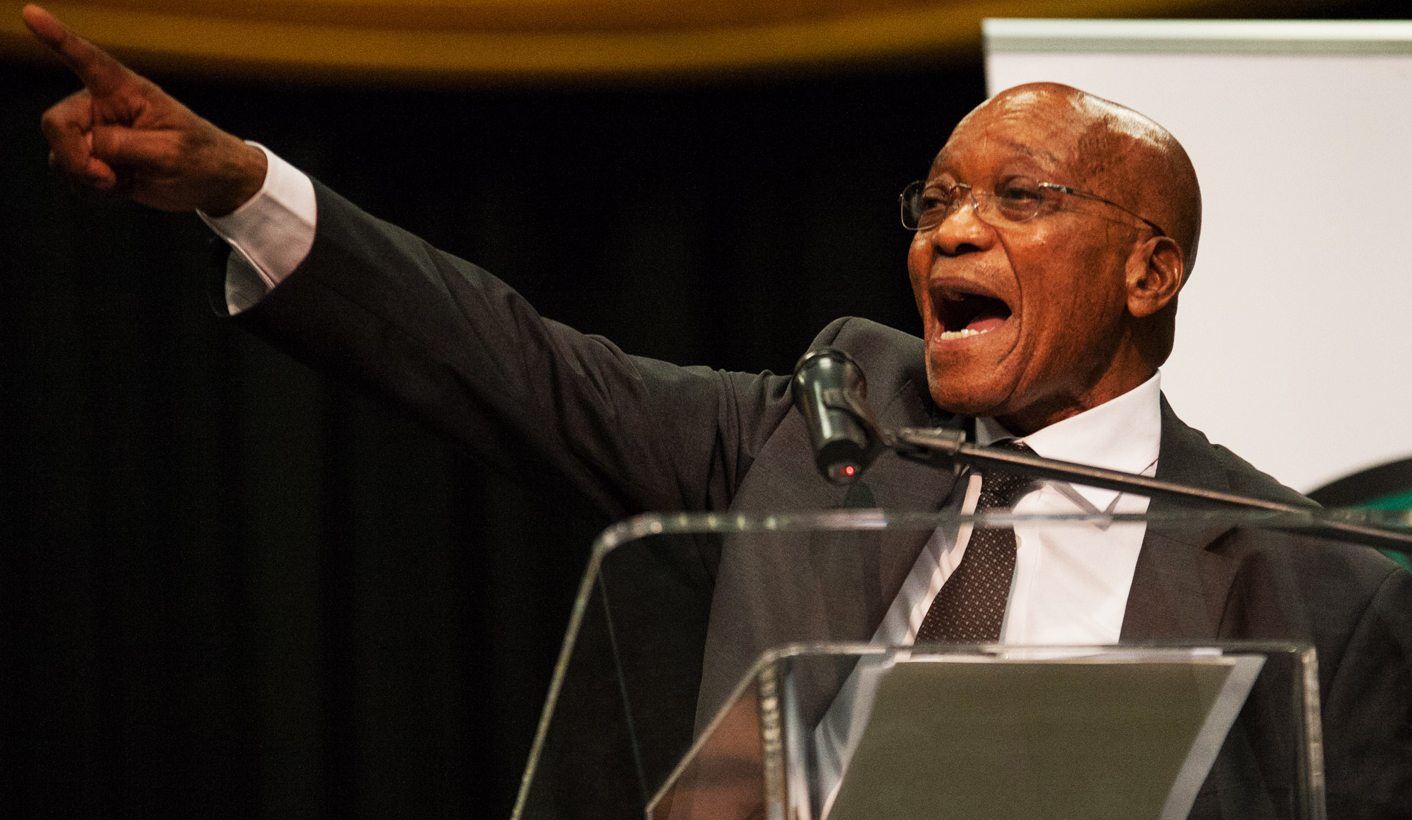 President Jacob Zuma might be forgiven for wondering what has happened in the last two months. A short while ago he was on top of the world. Now he faces the Constitutional Court on Tuesday and Malema in Parliament on Thursday. While Zuma has faced problems before and somehow he has always recovered, this time it may not be so easy. By STEPHEN GROOTES.

Time and time again people have asked the question: “Will Zuma finish his term?” They were always assured that he would. His lock on the party would ensure it. Now that things have changed, that question is being asked again. The phrase “this week is a crucial week for Zuma” has been said and written so many times that you could be forgiven if it’s really fair to make the claim again.

This time it is, because of the issue of political capital.

Political capital is a funny thing. It’s amorphous, yet people immediately know if you have it or not. It can be difficult to understand; some unlikely people have managed to have a big influence on certain issues just because they happened to have political capital at a crucial time. But sometimes, suddenly it’s gone.

Think of President Thabo Mbeki. At the start of his term as ANC leader, no one would dare question his political capital. Then came the “Coup Plot” of 2001, his naming of Cyril Ramaphosa, Tokyo Sexwale and Mathews Phosa as people attempting to change the president through “incorrect means”. Swiftly thereafter there was the AIDS/Virodene lunacy.

When the end came, in 2007/08, it happened suddenly. But what had really happened was that Mbeki had started to run out of political capital and his enemies had amassed more than he had. It was a long process in the making, but when the balance suddenly shifted months before Polokwane, events moved quickly.

When Zuma came to power in December 2007, he had enough political capital to recall Mbeki. Perhaps more importantly, he, and the people around him, also had enough to ensure that no real damage was done to the party when Cope was formed. It was impressive. It wasn’t just his political capital – it was also about the political capital of those who had come into power with him. They were a team, and one that at the time appeared united. One shouldn’t underestimate the sheer energy and time that people like Gwede Mantashe and Zwelinzima Vavi put into it all. Either way, it paid off.

But things have changed since 2007/08. The reason people in the ANC are whispering their criticism of Zuma now, the reason that the “struggle stalwarts”, those with glorious pasts but no political future to worry about, have started to voice their concerns publicly, is because Zuma’s political capital is ebbing.

When the Gupta’s used Waterkloof Air Force Base as a wedding present, such was the capital of Zuma that no one was punished for it. It would be unlikely for them to dare do it now.

Still it was always a mistake to write-off Zuma. Those with memories that span just six years may remember his SONA that year. Ten days before, the Sunday Times had splashed on the front page the unedifying fact that he had had a love-child with Sonono Khoza, the daughter of Irwin Khoza.

This meant that Zuma had had biblical relations with someone at least a generation younger than he.

The ANC was embarrassed beyond belief. Then came the speech itself. And the moment when he said “ABSA” instead of “DBSA”.

At the time people spoke of him not finishing his term. There were dark mutterings about special conferences.

But Zuma was able to do what he has done so many times in the past. He was able to gather his people together and wrest the power back, dominating the 2010 NGC.

One of the main reasons he was able to do this was that he still had seven years left in power in the ANC. The other reason was that he knew he had the full backing of KwaZulu-Natal. Nothing he could do would shake that.

Now he has neither.

He is, in terms of real political power, about to leave office. Everyone knows once someone else takes over at Luthuli House in 2017, Zuma will have much less power than he does now. Those who like to think they’re in the know are already beginning to jump ship.

You don’t make millions as a tenderpreneur by betting on the person of the past. The Gupta’s didn’t put their money on Mbeki back in 2005.

The ANC in KZN is not what it was. As a political force the long-running problems in its Ethekwini region (where a conferences was cancelled or annulled, not once, not twice, but three times) have meant it simply doesn’t have the power to make or break ANC leaders. While it is still numerically the most important, a province that battles to have a conference is going to find it harder to run the table during a leadership election.

Another aspect of Zuma’s decline in political power is that the formidable machine he built has started to come unglued. At the ANC’s 2010 National General Council Mantashe and Zuma operated as a single machine; where one’s speech ended, the other’s began. Blade Nzimande had actual power in the SACP. Zwelinzima Vavi was still riding the tsunami (a phrase he coined). A young man from Limpopo was making wild statements about the acts of violence he would perform for Zuma.

None of these people are still prepared to “kill for Zuma”. Instead, they are alienated, thinking of other things, planning their own future. Some of them have actively turned against Zuma, and haven’t been replaced.

All this would surely make it much harder for Zuma to do what he did in 2010. He would appear to have none of the political capital, the future of his time in power, the allies, and perhaps even the energy to do it.

Thus, on balance, his medium-term future is probably one of watching power simply ebbing away.

This is dangerous for him.

Such are the problems of the country – and so little is the progress that’s been made in fixing them – that people are angry.

It is the nature of mankind to want a symbol of that anger and someone on which to vent their fury.

After the firing of Nhanhla Nene, the concession around Nkandla and general frustration, Zuma is the most likely person to feel that wrath. Already urban middle-class voters have expressed it. The ANC was barely able to hang on to Gauteng in 2014.

This is surely not unnoticed by Luthuli House. They must have polling data and someone must have asked the question about Zuma and whether he is trusted or not. Add to that the prospect of the Constitutional Court giving its judgment on the Nkandla case right in the middle of the election campaign and things could be pretty bad for Zuma.

There was a time when some people said they didn’t like Zuma but voted for the ANC anyway. Those people, perhaps a crucial number in some municipalities, may decide to simply stay away from the polling booth this time around.

But, as so often in politics, the real question is not whether someone should stay or should they go but rather who would take over if they did leave. Those who support Nkosazana Dlamini-Zuma would simply not accept Zuma leaving now, if that meant Ramaphosa would be gifted the Union Buildings.

So perhaps the real question right now is how long it will take for either of the groups to amass enough political capital of their own to resolve that problem first.

Thus, in the end, Zuma may well stay in office for more time than his own political capital could buy him. And that could mean more damage at the polls for the ANC. DM