Grade RR: Priority or pie in the sky? 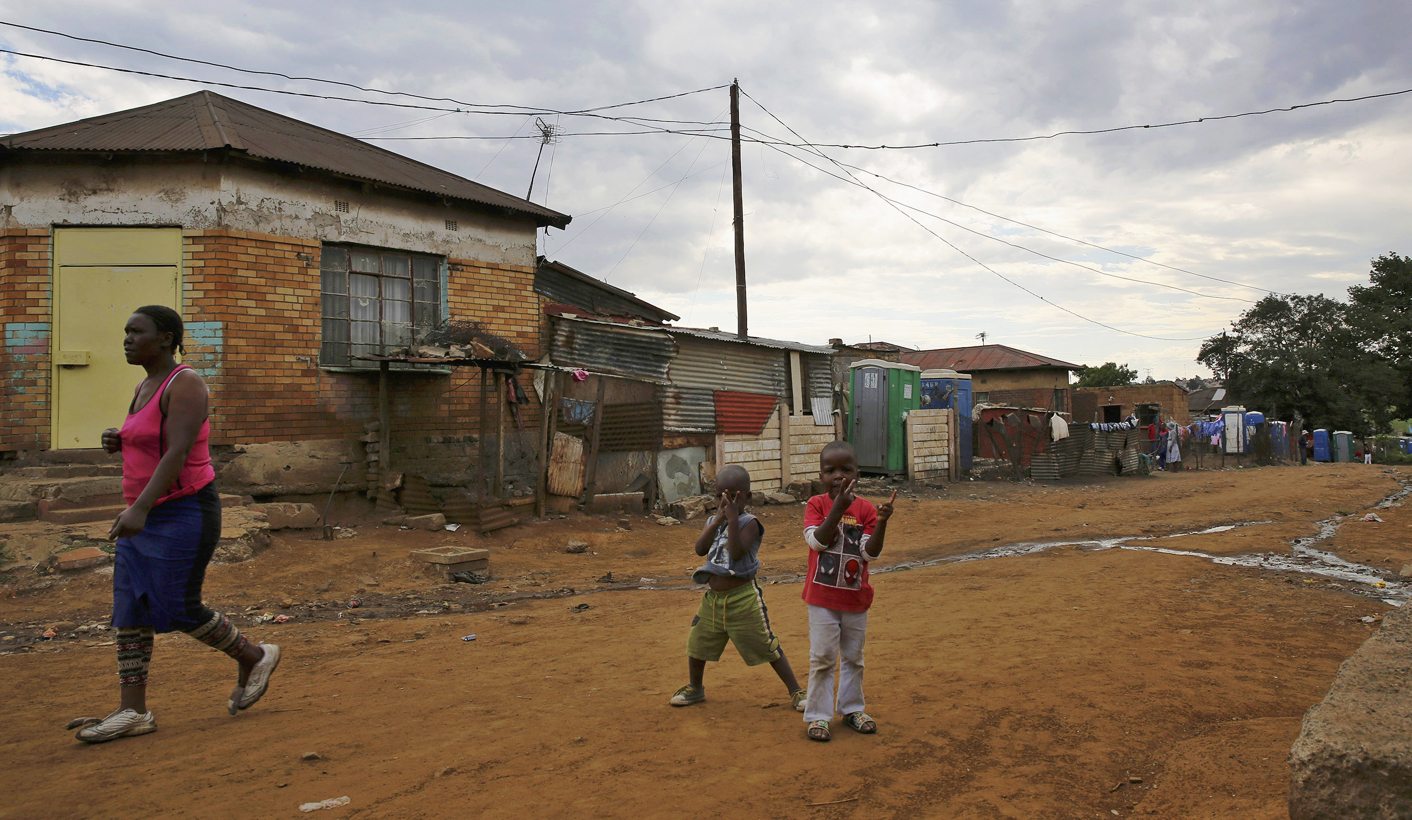 Last year, reports emerged that South Africa was not ready to roll out a high-quality early learning programme for all its children. The potential in this investment, should it work, is huge: studies show that investments in education tend to be money better spent earlier on. But research showed that there were significant gaps in the quality that would be on offer. Now, experts have added that the quality cannot be improved unless there are tools available to measure the effectiveness of ECD programmes. MARELISE VAN DER MERWE investigates.

The National Development Plan (NDP) called early childhood development a “top priority”, and the rollout of Grade R has, in numbers, largely been successful. But the goal is to have all children attend two years of pre-school education, and if researchers are to be believed, we are a long way from achieving this.

“South Africa is not ready to roll out high-quality pre-Grade R (Grade RR) education for all children. The potential of this early learning investment by the government – to narrow the gap between impoverished and affluent children – can be realised only if pre-Grade R education is of high quality,” journalist Leanne Jansen wrote in The Mercury last year.

Jansen was citing research by by Janeli Kotzé of the Research on Socio-Economic Policy (ReSEP) unit at Stellenbosch University, which was investigating whether the country’s embattled education system would be equipped to meet the NDP’s goal. Unfortunately, believes Kotzé, despite the good intentions outlined in the NDP, the introduction of Grade R has led to little improvement in the education system nationally. Kotzé’s paper, entitled “The Readiness of The South African Education System for a Pre-Grade R Year”, quotes Servaas van den Berg, who credits Grade R with “virtually no measurable impact for the poorest three school quintiles”. Currently, there is little to suggest that adequate resources are in place for the introduction of Grade RR.

Existing Early Childhood Development (ECD) centres are in trouble, and worse, we don’t really know the extent of the trouble. We can measure infrastructural problems, but have little understanding of access or effectiveness of ECD programmes. And rolling out Grade RR will create more of the same, say ECD experts.

Speaking to Daily Maverick, Executive Director of NGO Ilifa Labantwana, Sonja Giese said that a primary problem was a lack of reliable data coming from ECD centres. “The introduction of an ‘additional year of schooling’ will not improve learning outcomes in SA any more than the introduction of Grade R has,” she said. “This will continue to be the case unless we, as a country, pay closer attention to the quality of the interaction between ECD practitioners and children, including the training of the practitioner and the environment in which we they operate.”

Kotzé points out that existing measures are somewhat unreliable: one multiple choice test, for example, does not have the option “did not attend ECD centre”. For researchers trying to ascertain the reach of ECD centres, this presents an appreciable problem.

The Department of Social Development Audit of ECD Centres, used to inform the ReSEP research, is useful, Giese believes. “However, the data and information systems around ECD in South Africa are far from sufficient in order to plan and monitor the delivery of quality ECD services at scale to children occupying the lower income brackets – that is, the children who need quality ECD the most. We need quality, useful, regular data on young children’s health and development. This data needs to be available readily to government departments which are delivering ECD, and these departments need to be trained on how to use this data for a population-based planning approach to ECD services.

“Only a population-based planning approach will ensure that all children receive the services they need. Once we have better quality data informing planning, we can set targets for ourselves as a country.” Ilifa is, currently, in partnership with respected academics, Andrew Dawes and Linda Biersteker, working on a tool called ELOM, the Early Learning Outcomes Measure, which will go some way to eliminating the data problem. It is the first tool of its kind in South Africa.

Jane Evans, Director at the Ntataise Network Support Program, recommended that existing ECD centres be given a helping hand first and foremost, although she said the goal of introducing an extra year of pre-school education was “laudable”. “[Kotzé’s] research points to some of the major problems facing ECD centres in disadvantaged communities in South Africa,” she said. “I would strongly recommend that the quality of existing ECD centres be greatly improved.

“In the first instance, all practitioners should be trained to at least level four, if not level five and beyond. Most of this training has in the past been carried out by NGOs such as Ntataise and other, similar organisations.”

NGOs should still be empowered to do this, she said. “Government has stated that funding for training will be made to TVET colleges and no longer to NGOs through the learnership process. This is disturbing for various reasons. Many of the TVET colleges are not yet in a position to offer this training and are certainly not in a position to offer vital and regular on-site support to the ECD centres.”

Evans added that trained practitioners need intensive on-site support, which in the experience of Ntataise worked well and had a marked effect on the quality of children’s learning. “I would strongly suggest that government develop a solid core of such mentors and trainers,” she said.

“A major challenge for government is reaching the vast numbers of children who are not in an ECD centre… It is from our perspective vital to understand that many of the current ECD centre-based programmes still need significant amounts of help. Because an ECD centre exists does not mean it is fully resourced and is making the difference it can make.”

There’s no debating that the NDP is on the right track in aiming for two pre-school education years. Writes Kotzé, “Research in the fields of nutrition, health, neuroscience, psychology, cognition and education unequivocally agree that cognitive and non-cognitive stimulation in early life is critical to the development of a person’s full potential. Early childhood is the time where key brain pathways are established which are necessary for subsequent skill development, lifelong learning and long-term capabilities.

In this critical period of a child’s development, some abilities are produced more effectively than they would during other life periods. Leading researcher James Heckman has argued that early investment in education gives greater returns to society than investments later in life; Daily Maverick has explained this previously. Conversely, a lack of investment during this foundational period can mean that certain critical skills are not learnt, resulting in a need for remedial attention later – which can be costly and, often, ineffective.

“The appeal for public investment in early childhood education therefore lies in that it is more effective for a government to equalise initial endowments through ECD programmes than to compensate for differences in outcomes later in life,” writes Kotzé.

There are other compelling reasons for investing in ECD. The inequalities in the South African education system mean that ability gaps between children from different socio-economic backgrounds already themselves early. By September in Grade 1 the performance gap between children attending Quintile 5 schools and children attending Quintile 1 to 3 schools in the 2014 Annual National Assessments (ANAs) was 0.52 standard deviations in mathematics, and 0.64 standard deviations in home language – which equates to a gap of about a year and a half’s learning.

This, however, does not mean that the practical challenges are easily overcome. A closer look at early learning facilities paints a grim picture for the country’s four- and five-year-olds. Just one out of every 10 ECD practitioners has a qualification above matric, and only one quarter have received some training in early childhood development.

Over and above the infrastructural challenges, one in every four is overcrowded. Many lack some of the most basic resources and equipment. Regardless of the employee’s qualifications or position at an ECD centre, on average their monthly salary ranges between R1,400 and R2,000.

“Although qualifications are not mandatory for quality teaching, it is critical to ensure that practitioners are aware of the importance and complexity of both cognitive and non-cognitive stimulation for the development of young children,” writes Kotzé. “In order to implement an effective pre-Grade R, an entire teaching force will need to be trained.”

Kotzé argues that it does not matter whether the rollout of Grade RR is implemented within schools or ECD centres (which has not yet been finalised by the Department of Education). The country needs a capable teaching force, as well as a policy space that reflects the importance of this sector for development and implementation.

“Implementing an additional year of ECCE will not have the expected (and much needed) impact if it will only be of the same quality as current Grade R provision,” she argues. “ECD first has to become a core function within government, and resources (both financial and human capital) and authority structures need to reflect this at national, provincial and district levels.”

The Department of Basic Education has said that it is committed to the next phase of early childhood development implementation. Department spokesman, Elijah Mhlanga, however, said last year that there was no deadline, because the department was still considering the implications of implementing the policy. Evans believes that implementing quality ECD will only be possible as a “joint effort between government, NGOs, communities themselves and the funders who support us.”

“Let us not spread ourselves too thinly, but work systematically in developing good quality programmes, both Centre and non-Centre-based, that will make the difference to three-, four- and five-year-olds until we reach every child in this age group,” she says. DM