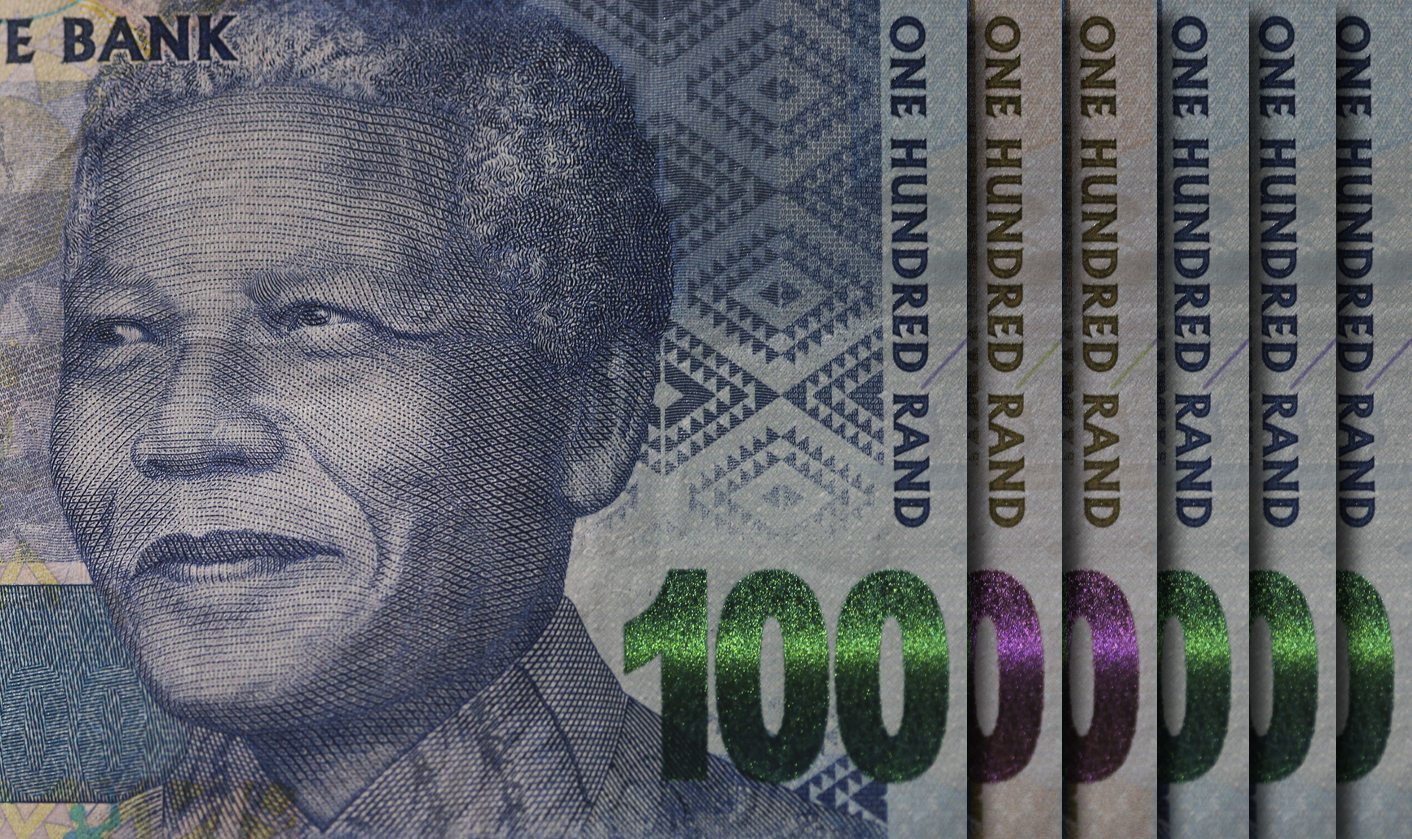 Over the last month or so, an old debate about whether or not to impose a wealth tax has resurfaced within the African National Congress (ANC). The issue was discussed at the ANC's national general council three weeks ago, and it was raised again this week by Higher Education Minister Blade Nzimande as part of his solution to the funding crisis in tertiary education. At the moment, it seems the ANC is not sure what form wealth taxation would take. However, it needs to answer two much more fundamental questions before addressing the really complicated matters: What would be the purpose of such a tax? And who, exactly, are the wealthy? By STEPHEN GROOTES.

Higher Education Minister Blade Nzimande spoke in Parliament on Tuesday, seemingly aware that he was not alone in the crisis that currently besets the ruling party. On the ANC’s website, Home Affairs Minister Malusi Gigaba, had published an opinion piece, perhaps as an attempt to forget recent losses, in which he said the time had come to impose a wealth tax. Their comments come after the chairperson of the ANC’s Economic Transformation Commission, Enoch Godongwana, said at the end of the party’s national general council that the movement had resolved that “consideration shall be given to a wealth tax”.

So far, there is almost nothing new in this debate. It has been raised many times in South Africa and in other countries. India has had a wealth tax since the 1950s, and it may be scrapped soon. France first imposed a ‘wealth tax’ under Francois Mitterrand in 1981, and it has gone through various revisions as the political pendulum swung from left to right in that country. It remains a contentious issue in France. A certain French economist, who is in vogue at the moment, has been selling millions of copies of his book which trumpets the value of redistribution and the evils of inequality. When the ANC came to power, many people thought such a tax was a fait accompli. In reality it may already be. There is a progressive tax system in the country, with the rich already paying more tax on what they earn than the poor. In many ways higher taxation starts to look very much like a punitive tax on the rich, rather than a tax based on income. This brings us to our first problem: What is the motivation for any new taxes? How will it be decided? How will it be implemented?

If the motivation for the tax is simply to fund a particular project, such as higher education, the first question would be whether or not the government can actually fund it without a tax hike. The Institute of Race Relations believe it can be done. There is also the view that the government can fund higher education if it stops wasting money. In 2013, the auditor-general estimated that the government had wasted more than R30-billion. In 2014 the amount spent irregularly by municipalities alone amounted to R21-billion. That was money which, according to the law, was spent irregularly. It does not include, say, the almost continuous bail-out of South African Airways, or the money wasted by PetroSA (R14-billion was lost this last financial year), or, dare we say, the millions spent on VIP security. Not to mention the vast sums of money spent on a certain residence. So, if higher education is so important, a simple alternative to raising taxes would be to simply re-prioritise government spending, and cut down on wasteful expenditure.

If the government’s motivation is simply to increase the amount of money it has available, why can other other taxes not be increased? How about a hike in value-added tax, or corporation taxes, or an increased tax on petrol? All of these have other implications. They would have an impact on economic activity in general. These increases would be more effective and bring in more revenue than a wealth tax.

Then there is the question of whether people who are rich have a moral duty to pay extra tax – beyond their normal rates. In this case, they would simply be taxed because they are rich. The problem is this: Who defines ‘rich’? Nzimande, with his luxury automobiles would surely qualify. What about a middle-class person who is paying off a R2-million home loan? What if that home actually houses 10 people? What if it is registered in the name of a person but is really owned by a bank? Who decides what wealth really is; what looks rich to a street-cleaner may look like poverty to a Rupert or an Oppenheimer.

The complications mount. If you decide to tax the rich specifically, do you decide to do it to some more than others? If, say, some rich people benefitted from apartheid, do they pay more tax? Surely it would seem unfair to tax Herman Mashaba or Richard Maponya, who both made their own money, at the same level as an Oppenheimer or a Rupert, who inherited their wealth? And if you tax people based on their race, how do you define that? Is it just white people? What about coloured or Indian people? What about the children of black people who benefitted from being elites in the homelands (such as they were); are they exempted because they are a different race? What about white people who only came to this country say in 1990? What if they arrived in 1994? What then? Should those families who arrived in 1652 pay more than those who arrived in 1820? How do you decide? What, then, is the measure of ‘wealth’ and how do you establish just how wealthy someone is?

On Wednesday’s Radio 702 Midday Report, Nascence Research Insights economist Xhanti Payi said that if the government imposed a wealth tax, the state would have to start by “doing an audit on the whole country”, in order to work out what every individual actually owns or how wealthy they are. Of course, you can trust the rich to misstate their wealth. And if they were really wealthy, they may just leave the country and take their movable wealth with them. That is even before any political considerations enter the frame.

We’ve pointed out before that the real reason that this is very unlikely to happen is that it would result in the ANC being squeezed between the Economic Freedom Fighters (EFF) on the left and the Democratic Alliance (DA) on the right. If the ANC proposed a wealth tax of 1%, the EFF would campaign on a figure of 10%, or even 50%. The DA would, in turn, oppose a wealth tax, which could win them votes in the suburbs where they are currently struggling to make gains. The people the ANC would lose are those whose support they are currently courting, the black middle class. While some people may well pay an increased tax willingly, others might feel that they have worked for their money and have managed to get their families in a good place after apartheid, and are now being punished for their hard work. This could push them into arms of the blue brigade quicker than any other intervention.

There is strong evidence that those at the top of the ANC are good election strategists. They would certainly work this out for themselves, and realise that they may be setting a trap for themselves. Of course, there is a way around all this. You could institute a wealth tax and simply call it something else. But what would be the point of that? Why do it in the first place, if you are not able to call it what it really is?

All of this means that it appears unlikely that any kind of wealth tax will be imposed now. The longer this debate goes on, however, the weaker the case for a tax-as-punishment or reparation for apartheid will become – and the bigger the black middle class will grow. This means that this week’s comments by Gigaba and Nzimande may just be a bid to distract us all from what is really happening in the country at the moment. DM