Unite Against Corruption: Beta version of the march goes ahead on Wednesday 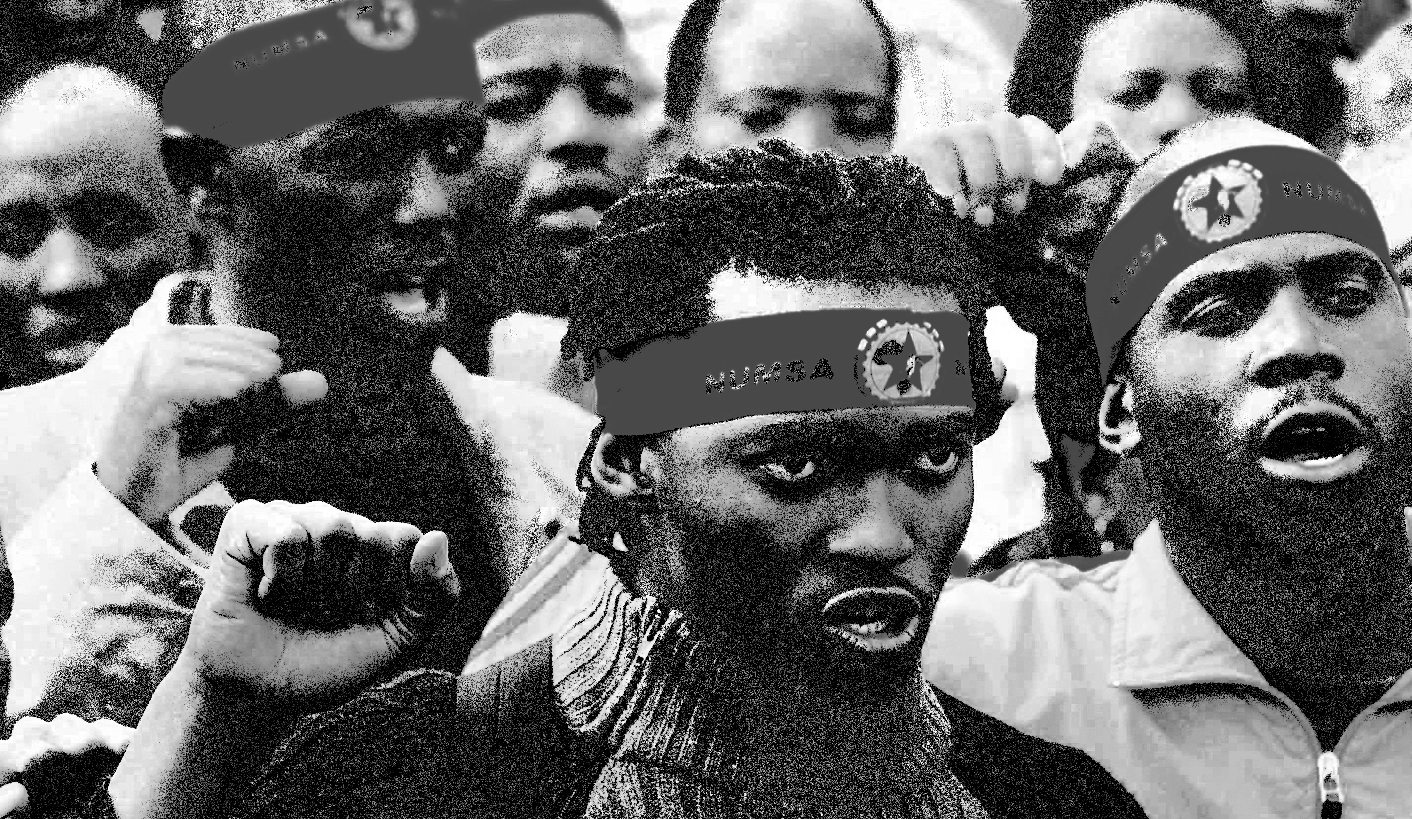 Two days ago, the luminaries behind Unite Against Corruption, who have scheduled mass marches for Cape Town and Pretoria on Wednesday, hit a big roadblock. Their application for a strike with Nedlac was delayed by two weeks. Instead of bumping back the date (again), they’ve come up with a plan: a “phased launch.” If you’re a corruption hater, your calendar is filling up. By RICHARD POPLAK

Call it a “rebranding.”

On Monday afternoon, the intrepid folks behind Unite Against Corruption (UAC)—a “broad consortium of organisations and individuals from academia, civil society, faith-based institutions, the private sector and trade unions”—invited the media to a press conference. They promised some new information regarding the Great March Against Corruption, scheduled for Cape Town and Pretoria on Wednesday, September 30.

And so into the Braamfontein offices of the civil society outfit Section 27 we filed. On a wall, a whiteboard filled with the scribbled intricacies of the “greatest mass march in South Africa since apartheid”—which is how this caper was originally pitched. Alongside that, a sign that read “Hoot if you’re gatvol of corruption.” At the microphones, when they finally arrived, were Ntsiki Mpulo, representing Section 27; Aids activist Sibongile Tshabalala from the Treatment Action Campaign; union boss Irvin Jim from the National Union of Metalworkers SA (Numsa); Mbali Donna Khumalo from Students for Law and Social Justice; Rev Moss Ntlha from the Evangelical Alliance of South Africa; and John Appolis of the United Front. Zwelinzima Vavi, ex-Secretary General of Cosatu sat among rabble, aiming a giant SLR at the proceedings. If so mighty a personage has been reduced to practicing mere journalism, then the UAC was clearly in trouble.

We should probably back up a bit. The UAC, ballasted by the institutions mentioned above and more, some months ago conceived of a big walk that would express the frustration that all South Africans apparently feel toward their leaders. Think of it: hundreds of thousands of people, united in a cause that no one—regardless of their class, race, gender, ethnicity, religion, or phone plan—could conceivably ignore. Under our butts sat printed copies of the UAC’s long list of demands, which basically amount to “we want a clean government.”

A no-brainer. This all made complete sense. What could possibly go wrong?

Well, it turns out the government would rather not be marched against, a fact that nonetheless appears to have taken the UAC by surprise. According to the statement read out by Section 27’s Ntsiki Mpulo, the National Economic Development and Labour Council (Nedlac) decided not to grant the right to have a protected strike for September 30, a tidy little chess move that ensured that no one in the ANC need break a sweat in order to undermine the event.

What this amounts to is that the Hugest March Ever was organised without the unions bearing a certificate from the relevant government body. So, what to do? UAC, we were told, had a plan. “Numsa has taken all steps necessary to inform its members of the situation,” Mbali Donna Khumalo informed us, “and will call on all those who will not be working—on night shift and so on—to join the marches on September 30. The union has today issued a strike notice and the national strike against corruption will now take place on 14 October 2015.”

In other words, the September 30 marches would represent a sort of beta test. The new software will properly go online come 14 October, when we migrate South Africa from a messy PC to a minimalist Apple, and enjoy a future without the need for anti-virus updates every three seconds.

“Workers must learn that they don’t have a protected action on the 30th,” Jim reminded us. “Only such employers that are progressive can help in this regard. Many have said that Numsa jumped the gun—we did not jump, [Nedlac] did. We followed protocol.”

How was such naiveté possible among grown men and women? Impossible to know. But the only man who doesn’t underestimate the ruling party’s cynicism—a certain beret-wearing economic freedom lover—was not a presence at this presser, physically or spiritually. When asked whether Julius Malema and his band of bros would be marching, we were told by Ntsiki Mpulo that, “He has not formally committed”, but the march was anyway not meant for politicians, “but for civil society and the unions.” Meanwhile, the Public Protector Thuli Madonsela has come out in support of the march, without actually saying she would march. No one at the presser would offer numbers, but insisted that, “Many thousands of people would come.”

But it’s not about September 30 anymore, is it? This is now the “phased launch” of a vast and lengthy campaign, of which Wednesday’s excursion to the executive and legislative branches of government will be but an amuse bouche.

“The 14 of October,” promised Irvin Jim, “will be the Mother of All Battles.”

Saddam Hussein quotes aside, the UAC first must prove that it has a modicum of organisational chops. The soft launch is an act of expediency. If they’re lucky and get a decent-ish turn out, it plays in their favour. If no one shows, October 14 is a battle lost before the first shot is fired. DM