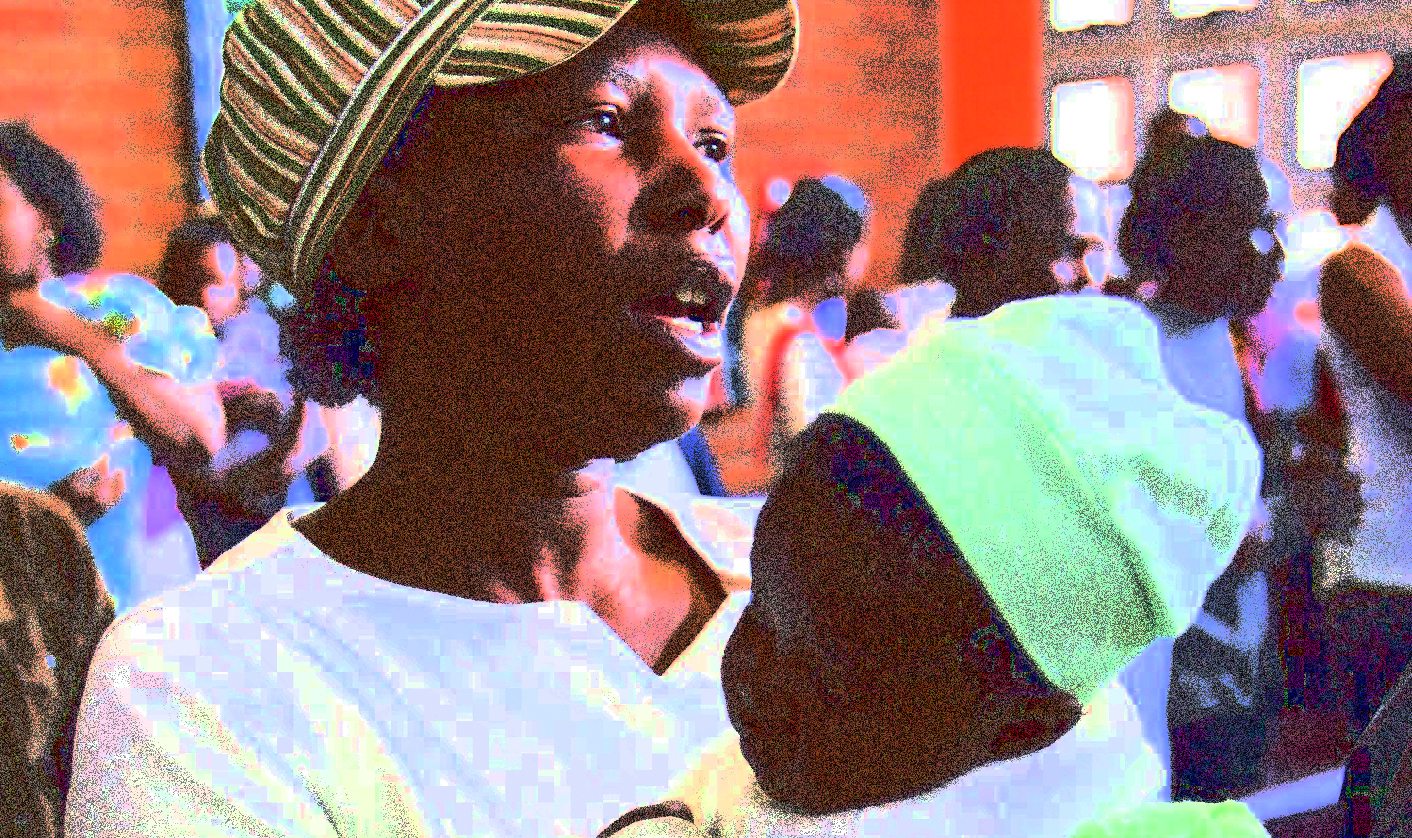 Last week, Amnesty International presented the sobering outcome of 18 months of fieldwork in the area of maternal healthcare to the Third World Social Sciences Forum in Durban. Lack of access, lack of privacy and lack of knowledge remain the great barriers to maternal and child health, and as a result, thousands of preventable deaths occur each year. But there is some light at the end of the tunnel. By MARELISE VAN DER MERWE.

Amnesty International researcher Louise Carmody, asked which stories stick out for her all these months after the release of the research report entitled Struggles for Maternal Health: Barriers to Antenatal Care in South Africa, pauses for a moment. The first, she says, was a grandmother who supported a household of 10 on wages of around R400 per month plus a small grant. When her daughter needed to get to the hospital, she had to pay R700 to get her there because there was no access to an ambulance or other emergency vehicle. For the next month, with a new baby in the house, the entire household had to survive on one bag of pap.

The second, she says, was a girl of 17 who was pregnant, and so victimised at the clinic for her teenage pregnancy that she refused to return for any check-ups until she was in labour.

And the third was a microbiology student whose pregnancy was “planned and cherished”, as Carmody describes it, but who was terrified she would go into labour, in case the poor facilities placed her child’s life in danger.

“I believe that if women were less strong, on the whole,” says Carmody, “this issue would be receiving a lot more attention.”

The issue Carmody is referring to is the fact that 60% of maternal deaths in South Africa are preventable; occurring due to a lack of access to quality healthcare. Carmody and her colleagues spent 18 months working on the abovementioned report, interviewing pregnant women, mothers and healthcare workers in KwaZulu-Natal and Mpumalanga. The primary problems identified were, put simply, a lack of access to facilities, a lack of privacy and dignity within facilities, and a lack of knowledge and education among both staff and patients.

The fact that nearly a third of pregnant women in South Africa are HIV positive does not help matters either.

Currently, lack of access is a significant problem. According to the United Nations Children’s Fund (Unicef), in addition to the large number of preventable maternal deaths, 20,000 babies are stillborn annually and another 23,000 die in their first month of life. In total, 75,000 children do not make it to their fifth birthday. Unicef puts it bluntly, attributing these deaths as well as the maternal mortality rate squarely to “avoidable factors related to failures of the health system”.

These failures are corroborated by the report. Amnesty International’s researchers encountered patients who were subtly ‘outed’ as HIV-positive patients by having two vials of blood taken in a public area, while HIV-negative patients only had one vial taken; others who heard via the grapevine about their own abortions due to gossiping staff members; and one woman who delivered in a sugarcane field and cut the umbilical cord with her teeth.

“Improving the quality of health services at the primary care level, with timely referral of patients to higher levels of the health system when necessary, is a priority,” Unicef writes.

Carmody is careful to point out that the issue is not as simple as merely hauling out the numbers and bashing the government, however. Many of the news reports covering Carmody’s presentation focused on the shocking statistics; speaking to Daily Maverick, however, Carmody emphasised that there had been significant positive developments, too. “My presentation highlighted the fact that there have been some very concrete, strong efforts from government to reduce maternal and infant mortality although South Africa is still not on track to meet the Millenium Development Goals (MDGs) by the end of the year,” she said.

Carmody is right about the latter – the MDGs aimed to have achieved a maternal mortality rate of 38 per 100,000 live births by the end of 2015, and the country’s current statistics stand at 269 deaths per 100,000 live births. There was a dramatic increase in the maternal mortality rate after the year 2000. But, says Carmody, a number of improved health policies mean that rate is finally beginning to decrease. Currently, antenatal care is free and nearly all women in the country attend an antenatal clinic at least once during their pregnancy.

“The South Africa government has taken [sic] commendable efforts to prioritise the need to reduce maternal deaths in recent years through key health policies. These policies recognise the importance of early and continued antenatal care,” the report reads.

Unfortunately, however, the rate of improvement is not as rapid as it could be. National policy has been slow to filter through to provincial level and implementation is a major challenge. Mothers and babies remain the casualties of a number of subtly interlinked factors that work to their disadvantage. Meanwhile, the government’s stated goal is for around two-thirds of pregnant women and girls to access antenatal care before 20 weeks of pregnancy by 2016 – during the critical time. But one of the key problems identified by the report is that too many women are only accessing healthcare late in their pregnancies, which is linked to nearly a quarter of avoidable maternal deaths. Often, this is either due to a lack of access or a fear of prejudicial treatment.

So why the gap between good policies and poor implementation? Carmody is hesitant to state a theory, offering instead a perspective on the process. “Speaking as a researcher, what we found in terms of the qualitative data – which was linked with quantitative data from government and other, larger research projects, which made it more nationally relevant – was a disjuncture between national policy and implementation at provincial level,” she says. “We observed a lack of set standards, for example in implementation of the way HIV testing was being done. Some provinces did 11 days of training, some did 16, some were working with NGOs, some were working with government. There was not a uniform process. That’s one of the issues we highlighted as problematic.”

Another problem is slow uptake of researchers’ recommendations – although, Carmody says, the current report has resulted in visits to the areas investigated by the Department of Health, with a commitment to intervention. This is not always the outcome, however. “In terms of implementation of emergency transport, that came up as a critical intervention,” she says. “The risks and the key intervention that has been highlighted in the most recent report has been highlighted in the last five. They [the researchers] continue to make the same recommendations.”

A further key challenge is that solving the problem of a high maternal mortality rate doesn’t simply involve improving healthcare systems. Although there has been improvement, making a real change is going to involve tackling the root issues, one of which is inequality and another of which is a lack of understanding of patients’ basic rights among healthcare workers. For Carmody, maternal mortality is often “the end of the trajectory”, where previously there has been a failure to address any number of problems, ranging from a lack of empowerment around contraception to a lack of access to transportation.

“We are recommending a more interdepartmental approach to maternal health,” she says. “We have seen really strong leadership from the Department of Health, but they can’t do it alone.

“The Department of Education, the Department of Social Development and the Department of Education are coming together to take a pragmatic approach.” However, there is still some distance to go, she adds, and there has been a disappointing response from the Inter-ministerial Task Team on Service Delivery, led by Pravin Gordhan. “We have unfortunately been writing to Minister Gordhan since the end of last year,” says Carmody. This has been part of Amnesty International’s Write for Rights campaign, intended to draw attention to the need for improved maternal healthcare facilities.

“These are not just medical needs – the trajectory is very much related to gender equality,” Carmody says. “Without addressing those deeply rooted issues, significant progress will not be made. The challenge of addressing mortality is not going to be met by health interventions alone.”

Unfortunately, the report notes, poor management has also made its mark on healthcare globally, and this includes maternal healthcare.

The good news is that some major changes can be achieved with reasonably small interventions. For example, in the area of privacy and confidentiality, or the lack thereof, interventions can be made that are not particularly resource intensive, requiring a change in mind-set more than anything else.

“It’s more about an awareness of how the marginalisation of certain people can affect access, as well as an understanding of the specific situation of adolescents,” says Carmody. “For instance, in some facilities there was the use of distinct folders for patients with HIV. Policy around this has changed, but it had not filtered down to the clinics. We had a meeting with the district health team in May and they have committed to changing this, which is great to hear.”

Other examples included asking a facility manager simply to use a screen in the waiting area, because certain tests were performed there. At another clinic, a transport service was introduced once a week which benefited all patients, not just mothers. “It’s a mind shift,” says Carmody. “A straightforward intervention with far-reaching benefits.

“Quite often, what’s needed is part of the plan, but the implementation is rarely there. It’s nice to see that what we are doing is having an impact.” DM

Photo: An HIV-positive woman holds her baby as she sings the Lord’s Prayer ahead of treatment at the Perinatal HIV Research Unit clinic at the Chris Hani Baragwanath Hospital in Soweto, 04 October 2004. EPA/JON HRUSA