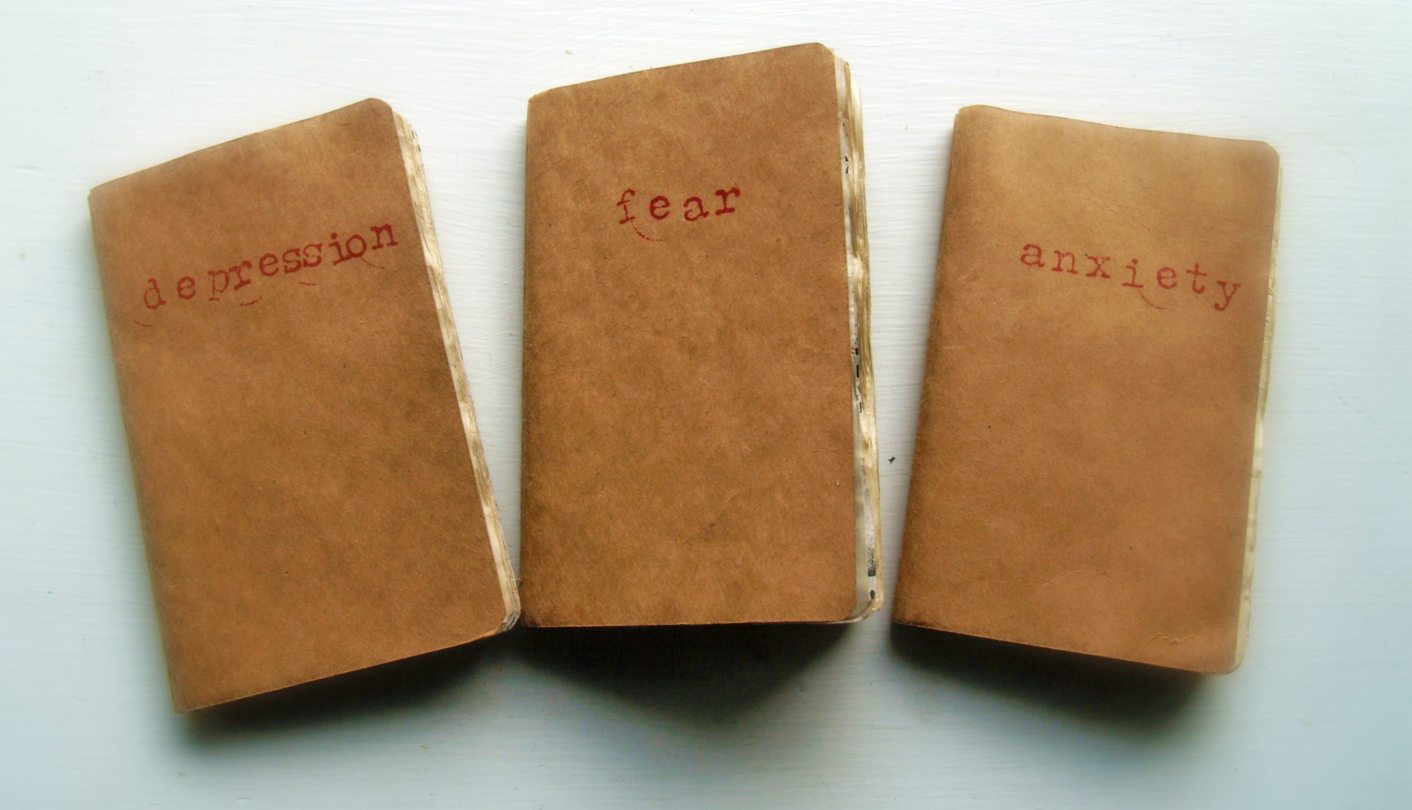 Last week, 14-year-old Klara Göttert jumped to her death from Northgate Mall in what is believed to have been a suicide. Just months ago, a 16-year-old boy’s body was found hanging from a tree at St Stithians College in Bryanston. South Africa’s suicide rates are among the highest in the world, and our teens are particularly at risk. MARELISE VAN DER MERWE took a look at the problem.

“It’s the second morning that I have to face this world without my little girl,” mother Liesl Göttert wrote on Facebook. “I never knew that a human body could produce so many tears … The pain is unbearable. I would gladly have given my life for her to have lived. They could have amputated both my legs, my arms, taken out my heart … I would have given it all just to see her live a full life.”

Göttert is expressing the pain of countless parents. In South Africa, there is a suicide nearly every hour, and there are 20 attempts for every death. According to the World Health Organisation, we have the eighth highest suicide rate in the world. Suicide is the third-greatest cause of unnatural death in the country. And the South African Depression and Anxiety Group (Sadag) says suicide rates among teens aged 10–14 have nearly doubled in the last 15 years.

For adolescents, the suicide risk is very real. Emeritus professor of behavioural medicine at the University of KwaZulu-Natal Lourens Schlebusch said during a presentation on youth suicide in South Africa that children as young as four were at risk of suicide attempts, with the risk peaking at nine years old. Fatalities occur at as young as 10. “Ten years ago, the elderly were most at risk of committing suicide. Nowadays, younger people are committing or attempting suicide,” Schlebusch pointed out. He noted that 10% of teen deaths were suicides, and up to one-third of non-fatal suicides (suicide attempts) involved children and adolescents.

When Schlebusch released his research in 2011, Sadag’s Cassey Chambers said that teenage suicide was an entirely “preventable tragedy” that could be solved only through education.

In a radio interview, a heartbroken Göttert told listeners to pay close attention to their loved ones. “The smallest little cue can be the difference between life and death,” she said. “There are no second chances.”

Apart from her personal tragedy, Göttert has reason for concern. Earlier this year, it came to light that a fifth of South African teenagers had suicidal thoughts and a third of them had attempted suicide and needed medical treatment. The socioeconomic circumstances of many of the country’s youths do not help. A pilot study of Soweto schoolchildren, for instance, revealed that a disturbing number of the participants had felt hopeless and wanted to give up on life. “The results suggest a whole series of tragedies waiting to unfold,” project leader Gerald Williamson said at the time. The root, it appeared, was often trauma: 60 of the 160 children participating had witnessed a shooting, knife attack or someone being burned. But nearly two-thirds of suicidal children do not have access to the help they need.

Sadag says the major risk factors for youth suicide are:

The highest number of fatal suicides occur in the 15–19 group, says Schlebusch, and predominantly among girls aged 10–19. Fatal suicides are almost as high among youth as among adults. A high proportion, also, are black youths under the age of 18.

“The socio-economic context has significant bearing on the prevalence of suicide in South Africa: with high unemployment rates and thus high levels of poverty, South African youths are confronted with significant educational and socio-economic demands – an experience that can feel both overwhelming and paralysing, most especially when one is attempting to negotiate the significant and already challenging transitions and adjustments that adolescence and early adulthood can bring,” explains the University of Cape Town Student Health Centre’s counselling guide.

Of course, it’s not all down to the politics. Klara Göttert’s mother, for instance, is an executive with a postgraduate qualification, and previously acted as a spokesperson for President Jacob Zuma. Depression and anxiety can strike in all strata of society, and nobody is immune. It’s also true that the stigma attached to mental disorders can apply to anyone; secrets can be kept in any family.

“Stigma is a major problem. Many don’t speak out or get help due to the stigma attached, or in fear of being judged, being discriminated against or even not being taken seriously,” says Sadag spokesperson Meryl da Costa. “We need to inform, educate and support those who are affected by mental health issues by educating them on teen depression and suicide, and empowering them with information and tools on how they can talk to their loved ones and reach out for help if they are feeling depressed, while also encouraging loved ones to pick up on the warning signs.”

However, in South Africa, although mental disorders can strike anybody, tackling them is undoubtedly complicated by the country’s social context. One major challenge is that private facilities are simply too costly for most – even middle-class and upper middle-class earners – but state facilities are too stretched to accommodate everyone. Ultimately, psychiatric care is largely out of reach except for the wealthy. Additionally, there is a dearth of adolescent facilities overall.

Daily Maverick previously reported that an estimated 20% of children suffer from some kind of mental disorder. However, there is a ratio of approximately 33,000 patients per private psychiatrist and about 440,000 people per state psychiatrist. Sadag, meanwhile, tells Daily Maverick that there has been a 7.7% reduction in mental health bed allocations in hospitals across all provinces. South Africa is in the bottom four countries in the provision of mental health treatment. And here’s the kicker: per 100,000 members of the population, there are 2,8 in-patient beds in hospitals reserved for mental health. And despite our frightening child mental health statistics, 1% – one percent – of those beds go to adolescents.

Young people, therefore, are without a doubt grabbing the short straw when it comes to mental health in South Africa. In an already bad situation, their circumstances are the worst. A study by Lund et al (2009) showed a great deal more needed to be spent on child and adolescent mental health, not just in South Africa, but in other lower- and middle-income countries, if the situation of young patients were to be improved. “Children and adolescents with mental health problems have poor service cover in low-and middle-income countries. Little is known about the resources that would be required to provide child and adolescent mental health services (CAMHS) in these countries,” the authors wrote. Using a nominal total population of 100,000 (with 43,170 being children and adolescents under 20) the authors calculated that roughly $21.50 and $5.99 per child or adolescent was needed per year for full coverage and minimum coverage scenarios respectively. “When comparing the results of this model with current realities in South Africa, there remains a substantial shortfall in existing levels of CAMHS provision,” they wrote.

$5.99 per child per year? To provide adequate mental health services, it perhaps seems unexpectedly little. Yet state facilities remain problematic. (Only 4% of the national budget goes to mental healthcare.) But on the bright side, at least until state facilities improve, Sadag continues to provide its service. “Sadag visits numerous schools across the country in all nine provinces to help educate and inform teens, parents and teachers on what the warning signs of teen depression and suicide are, how you can help your friend or teen, and what you should do or say to help them and also where to get help,” says Da Costa. “Sadag has the only suicide crisis helpline in the country where we support, assist, help and provide information to those who are affected.

“It is important to know that if you are feeling depressed or suicidal, you are not alone. There are people who care about you, even if it is a classmate, friend, favourite teacher, principal, family member or even a counsellor at Sadag – we are here to help. Remember that suicide is a permanent solution to a temporary problem. You can get help.” DM