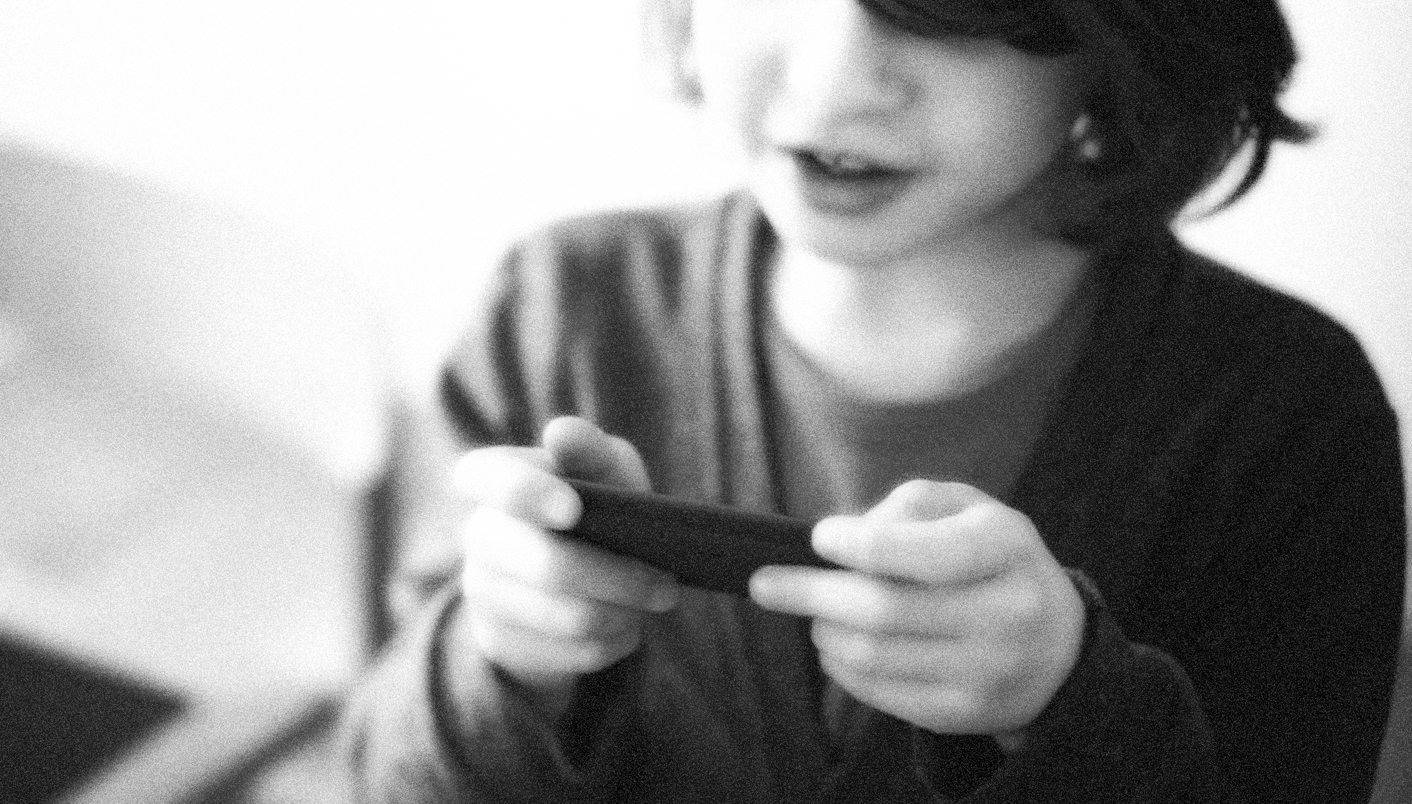 A few weeks ago, Daily Maverick reported on the increased attention that Early Childhood Development (ECD) was receiving in South Africa. This is not limited to the work of NGOs and the government, however. Education has been moving into the mobile sphere for some years. Recently, ECD started taking steps into this area too. By MARELISE VAN DER MERWE.

By 2014, media as far afield as the BBC  recognised that education in South Africa – and the rest of the continent, for that matter – was getting an “e-learning digital makeover”, in which “old-fashioned, dusty textbooks (were) gradually being replaced by tablets, computers and mobile phones”. The reasoning was that where there was restricted access to books, and where budgetary restraints meant that there were chronic difficulties in education continent-wide, the increasing access to internet would gradually mean that mobile education applications (apps) and e-books would be able to fill crucial gaps.

Times Higher Education  put it thus: “Driven by falling costs and a lack of fixed phone line connections, mobile phone ownership in Africa is booming, and is transforming everything from banking and healthcare (with text messages used to transfer money and send health advice), to agriculture and politics (farmers can receive guidance, weather forecasts and market reports, while communications technology has played a key role in recent uprisings) – so why not education?”

With this in mind, just over a year ago, entrepreneur Sibella Knott-Craig launched Slimkop, an educational app for children under the age of seven. Previously a chartered accountant, Knott-Craig noticed the dearth of educational support in the early learning area when she had her own children (she has three, aged two, four and seven, who are her primary product testers). “I saw the homework they do and the help they need. My kids can speak English, but I noticed that all the good stuff is only in English. There is nothing available in Xhosa, Zulu or Swahili, for example, and little available in Afrikaans.” So Knott-Craig decided to work on developing a series of apps that would support early childhood development, and ensure that they were available in as many languages as possible.

Currently the apps – via Tribage App Studio  – are available in Afrikaans, Xhosa, Zulu and Swahili, and Knott-Craig’s team is aiming for Sotho next. The apps can be used on iPads and iPhones, as well as Android devices.

“In terms of language, we would like to cover the majority of the population,” she says. “We would like to expand into East Africa next. The idea is for everyone to have access to the apps in the end.”

The cost is currently R36,99 per app, or apps can be bought in bundles. For Mandela Day – which also happened to be the design’s anniversary – apps could be downloaded for free; there were 2,000 downloads during the allotted time.

The team is small. It currently comprises just Knott-Craig, a full-time marketer and a part-time blogger and social media manager, plus one main developer and an illustrator. Between them, they have now completed 21 apps.

The team does work in consultation with a number of teachers and tech experts, however, as well as a speech therapist.

South Africa’s mobile market has laid a solid foundation for initiatives such as Knott-Craig’s, particularly in the area of education for older learners. The BBC’s abovementioned report highlighted the work of Via Afrika, which has been publishing textbooks for decades and has moved into the publication of e-textbooks. Prior to that, a number of companies had already been working on a wide range of educational apps for both primary and high school learners, aimed at providing support tailored to the South African curriculum.

The Intel Explore and Learn Marketplace apps had been providing access to free and low-cost digital textbooks since 2013. “We’re well aware of the challenges our education system faces. Through this solution, we’re aiming to empower the youth, learners and students of South Africa to improve their knowledge and build skills, and in the process, change their lives,” Cigdem Ertem, Intel Turkey, Middle East and Africa business manager, said at the time.

There are also numerous well-received educational apps and resources aimed at learners in both high school and primary school, supporting learners at all levels. For tablets, Vodacom e-school is aimed at learners from grade 10 to matric, is free, and is zero-rated (ie doesn’t incur data charges) for Vodacom customers. ZABooks allows learners to make their own notes in the (virtual) margins. Thinkahead has come up with perhaps the handiest resource – a PDF document listing iPad apps by subject and grade.

For younger learners, Toca Lab addresses the country’s concerning science results, giving children aged seven and up an interactive tool to help them learn about the periodic table and even figure out their own virtual lab experiments. EveryCircuit, which has a free and paid-for option, offers the same kind of tool to teach learners about electric circuits. Then there’s the somewhat bizarre IQTest Preparation app – which despite its apparently paradoxical name has earned itself some very positive reviews, possibly because it does give learners of all ages the opportunity to practise brainteasers, language skills and lateral thinking. There are also a number of apps that tackle literacy, which are desperately needed.

The Good Work Foundation in 2014 reviewed a further five educational apps that supported not only school-going and pre-school learners, but also adult learners who needed support learning English for English-medium tuition. For young minds, they made particular mention of the Math Bingo app, which according to them made a great difference in basic numeracy skills.

In terms of early learning, though, there is virtually – no pun intended – a desert. Comparatively few apps exist for under-sevens, and according to Knott-Craig, those that do are not up to standard. “The apps that are available are not high quality,” she says. “Right now we just want to raise the standard.”

As ECD’s importance is increasingly recognised, the landscape is set to develop. Last month, local nongovernmental organisation (NGO) the South African Education and Environment Project (SAEP) won R10,000 to develop an app which would help parents choose crèches for their children. SAEP had submitted its idea to the  Innovation Edge Fund.

The NGO, which works from Philippi in Cape Town, wants to design an app that will allow parents to compare crèches so they can make informed decisions rather than leaving their children at the nearest facility. Centre manager Kayin Scholtz said: “The app would create a platform for parents to compare and comment on the quality of crèches in the area. Parents would also be able to read the comment of other parents and come to a conclusion as to where they would like to send their child.”

Although these developments are encouraging for the field of education in general and early learning in particular, the first and most obvious hurdle is access. South Africa’s internet penetration has increased dramatically and was, as at 2014,  just shy of 52%. This does not, however, mean that the children most in need of apps such as these will necessarily be able to download and use them. Marketers globally are indeed getting excited about the South African mobile space, but back up a bit: in 2014 only 5% of the population had tablets, and according to the All Media and Products Survey, some 48% of adults use data on their phones. Some 13.2-million actually own smartphones (although, as the referenced Memeburn article points out, the definition of a smartphone is open to debate). But that’s out of a population of roughly 54-million. So although access is improving, there’s still some way to go.

In the meantime, Knott-Craig and her team, who work within the holding company Ever Africa Group, are focusing on the same challenges faced by many other start-ups: growth and securing the financial stability to keep moving forward. But to tackle the access problem, they have made provision for donations. “We have built donations to day care centres who need it into our budget,” she says.

Until then, the focus is on continuing to build products and market them. “We’ve had positive feedback on the apps so far,” she says. “There have been a few glitches, but if that happens we find out what’s wrong and sort it out as soon as possible. We try to perform very thorough testing.

“Eventually we would like to finish an ‘African Tales’ story app; we currently have one story, namely the Ugly Duckling. But we have enough apps now that it is worth the time to go and show to schools.”

It’s certainly growth from humble beginnings; to complete the first apps, Knott-Craig used the voices of her children’s friends. “That’s how I started,” she says. “With the voices of my kids’ friends, in the back of my car, during play-dates.” DM

Disclosure: Sibella Knott-Craig is married to Alan-Knott-Craig, who was an early investor in Daily Maverick.