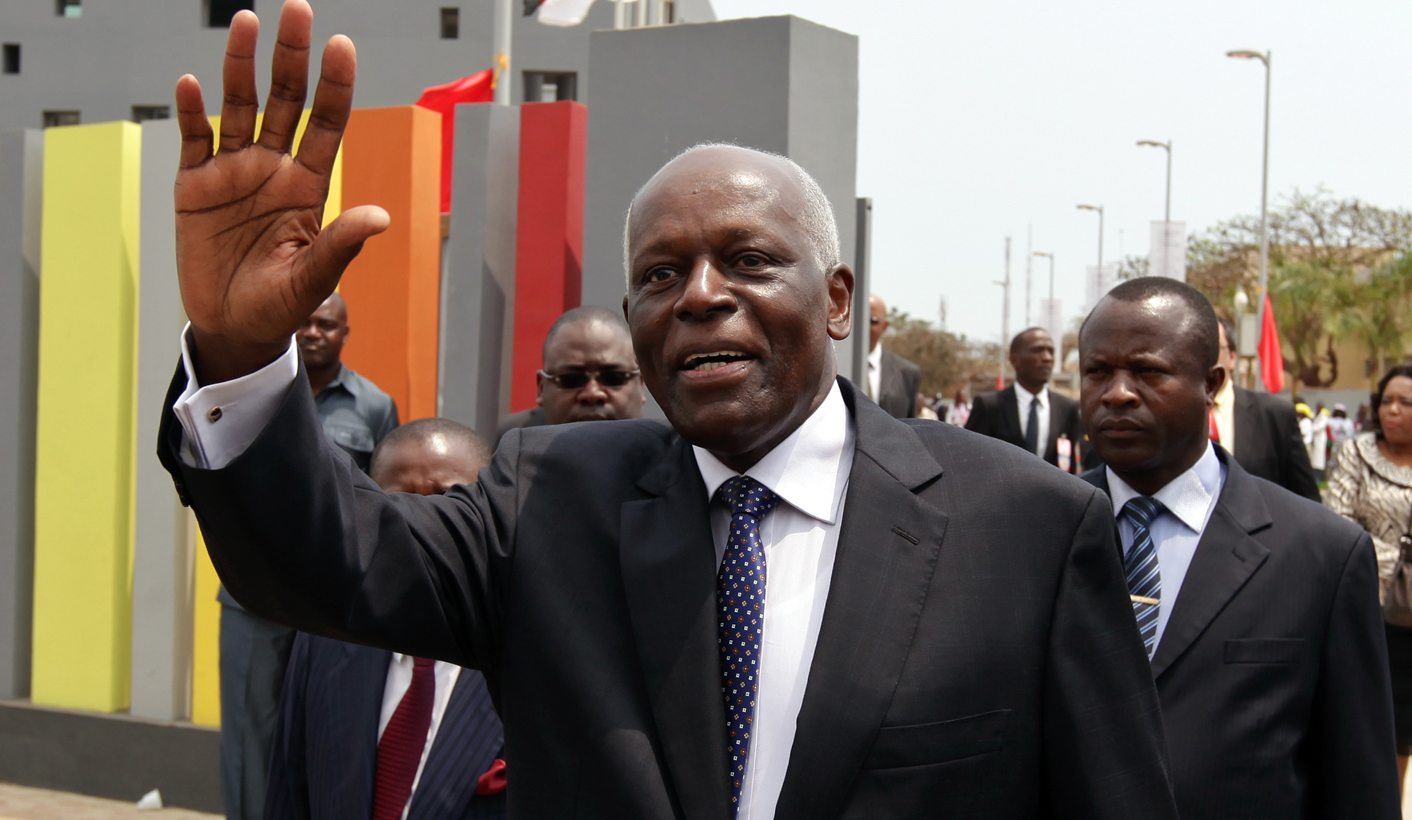 Another peaceful protest in Luanda, and another brutal response from Angolan police. This time, the target was the mothers of the 15 activists locked up in June for participating in a “revolutionary” book club. Far from a show of strength, the paranoid response shows us that the regime is getting more confused, and more nervous, by the day. By SIMON ALLISON.

In June, the Daily Maverick reported on the arrest of 15 young activists in Luanda, Angola. Their crime was to participate in a book club. It was an edgy, political book club – their first text was Gene Sharp’s seminal From Dictatorship to Democracy: A Conceptual Framework for Liberation, which outlines strategies of nonviolent resistance to authoritarian regimes – but it was just a book club nonetheless. The students were eventually charged with planning an attempted coup. These charges were revealing: if a book club is really an existential threat to the Dos Santos regime, then it must be a lot weaker than we thought.

At the time, we concluded: “As much as it will try, the state can’t intimidate its way into legitimacy forever. At some point, the number of people who must be repressed for the system to remain intact will outnumber the people who think they benefit from that system. And then the system must collapse. With an economic crisis looming, that point may be closer than anyone thinks.”

In this context, news of another vicious crackdown by state security on a peaceful protest in Luanda comes as no surprise.

As always, details of what happened come from investigative journalist Rafael Marques de Morais’s award-winning website Maka Angola – one of a tiny handful of independent, reliable sources of news from Angola. Marques himself was only recently cleared of criminal defamation charges, relating to his exposé of human rights violations committed by Angolan generals involved in illegal diamond-smuggling operations.

On Saturday, activists organised a demonstration to demand the release of the 15 detainees. It was a small demonstration, a little more than 50 people. Participating were the mothers of some of these detainees, although neither their status nor their age would protect them.

“On Avenida Comandante Valódia, just over a kilometre from the starting point, the police and security service officers present at the scene ordered the police to charge at the demonstrators. The mothers were not spared,” reported Maka Angola.

Police attacked with batons and dogs, leaving a number of participants injured. Activist David Salei is in a particularly fragile condition; he’s in hospital after being kicked in the ribs and abdomen and punched repeatedly. A fellow activist said that Salei can’t talk properly, and that one of his legs is paralysed. Other people were bitten by dogs, or beaten with batons. The whereabouts of several participants is currently unknown.

“The police have reached the limit. By mistreating the mothers, they show the situation is much more serious. This is unacceptable. How can this be justified? The mothers will now attract much more solidarity, and any day, with the economic crisis, more people will take to the streets,” said Justice, Peace and Democracy Association president Lúcia Silveira.

Marques himself was caught up in the violence, although his international stature clearly posed a headache for authorities. “A senior officer, who emerged from a black car with tinted windows, signalled to the police not to detain Rafael Marques de Morais but only to confiscate his camera. There was then a succession of orders and counter-orders, during which police confiscated the camera and returned it three times. Then the order came to take the journalist and his camera to the Third Police Station, and the counter-order to take the equipment and for the journalist to be ‘accompanied on foot’. Following yet another order, the journalist found himself in a police car being threatened with a beating if he continued to ‘complain’.

“A few minutes later there was a new order to set him free and return his equipment. Meanwhile a police officer continued to threaten him: ‘You must go towards Rangel (the opposite direction from where he lives), if you try to go towards the city you will feel our powers of coercion.’ The journalist refused to obey the order, and reminded the police of how activists had been kidnapped, with police in cahoots with the security services.”

The confusion surrounding Marques is symptomatic of deeper problems at the heart of President Eduardo dos Santos’s regime. The orders and the counter-orders reveal competing centres of power, and internal disagreement over how to handle public protest. On the one hand, this may be an encouraging sign, indicating that moderates exist within the hard-line government. On the other hand, it’s scary: if the ruling party really is fracturing, then things are likely to become even messier – and the prospect of reform move even further away.

Either way, once again, the regime’s paranoid response has revealed its frailties. If it is spooked by a few mothers protesting in the street, then it must be a lot weaker than we thought. DM