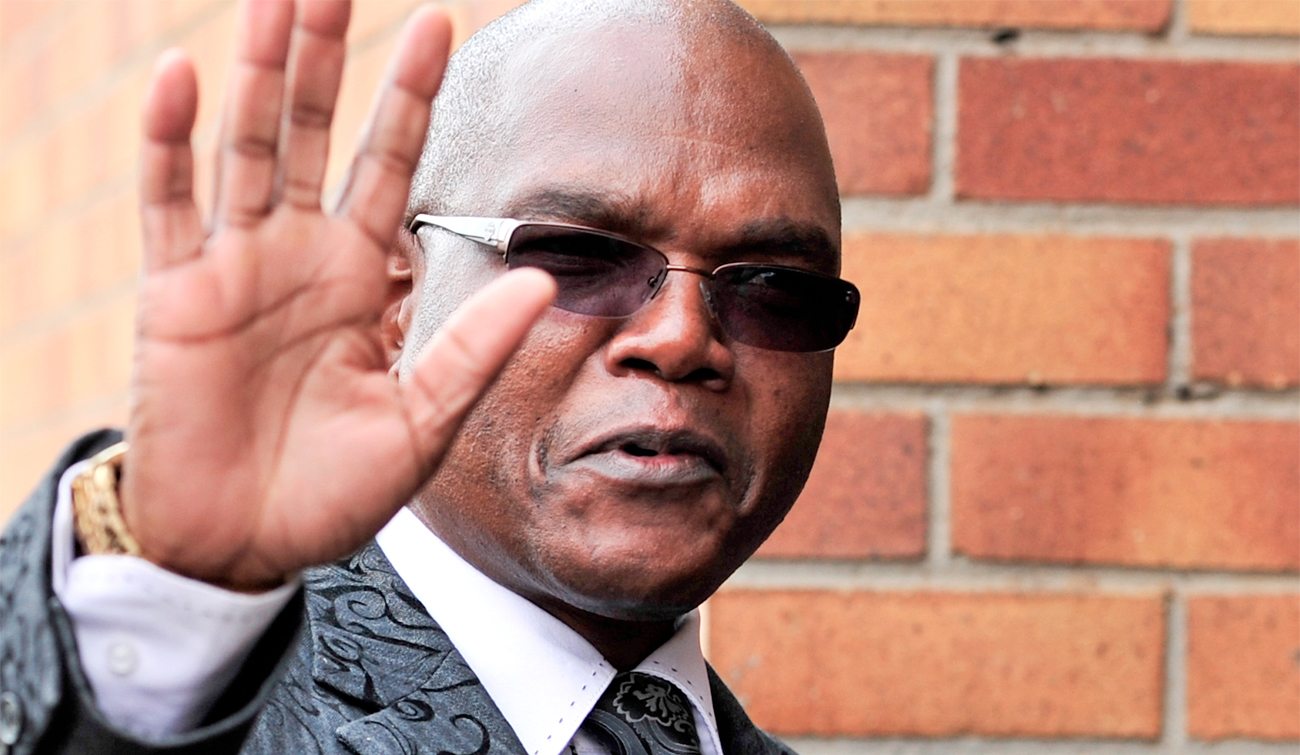 Of all the names that have come to symbolise that particular symbiosis between President Jacob Zuma and people who seem to either do his dirty work, or are owed favours, that of Richard Mdluli reigns supreme. While Michael Hulley may do all the legal legwork, it's Mdluli that seems to have some kind of hold over Zuma, who is protected, who could be considered royal game. On Monday, once again, we were given a demonstration of how this particular relationship works, and of how it is polluting the police, the National Prosecuting Authority, and the entire justice system. By STEPHEN GROOTES.

On Monday, in the Commercial Crimes Court in Pretoria, a magistrate ruled that the case against Richard Mdluli, Solly Lazarus and Hein Barnard must be withdrawn. The case against them is complex, but essentially the three are accused of looting the Police Crime Intelligence Unit’s slush fund while Mdluli was running it. Lazarus was the financial head of the unit at the time, and Barnard was his deputy. The reason the magistrate ruled that the case cannot continue is that some of the evidence necessary for him to make a ruling has been classified. Prosecutors have asked for it to be declassified. The police, in the person of National Commissioner General Riah Phiyega, have simply not complied. Which means that the magistrate would have to be concerned about whether he can really make a proper determination of the guilt or innocence of Mdluli and his co-accused.

On some levels, this almost doesn’t matter. As the magistrate pointed out, this doesn’t mean Mdluli and co are off the hook. This is a little matter of paperwork that be sorted out, the charges can be reinstated, and justice can continue. And of course, there are several other cases that Mdluli faces anyway. They are still underway, and some of them, like murder, are far more serious than this. And besides, mistakes like this happen all the time.

But if we look at the context, we can see that this is really something different. We have to remember Mdluli’s backstory.

The fact is that at one point he was facing incredibly serious charges relating to the murder of the husband of his then-girlfriend. The person investigating the case for the NPA, the prosecutor, was Glynnis Breytenbach. Just as the case was beginning to build momentum, she was suddenly accused of wrongdoing in another case. And her recommendation that Mdluli be formally charged was overruled by the head of the Commercialised Crimes Unit at the NPA, Advocate Lawrence Mrwebi.

Eventually, Freedom Under Law went to court, and the Supreme Court of Appeal eventually ruled that the behaviour of Mrwebi, and deputy NPA head Nomgcobo Jiba, was wrong. In fact, the judges went unusually far in their criticism of the decision to withdraw these charges.

In the meantime, Breytenbach’s disciplinary hearing for those misconduct charges saw her eventually being cleared. Which showed exactly what those charges were in the first place, a smokescreen.

Then there are the claims about Mdluli, about how all of this could have happened around him. It was widely believed by many politicians within the ANC, but opposed to Zuma, that he was listening to their phone calls. This was in 2012: the road to Mangaung, it appears, was taped. At the time, opposition to Zuma was beginning to grow. People like Fikile Mbalula and others like him said in public they believed their phones conversations were being recorded. It was obvious to all and sundry that Mdluli was the person making this happen.

At one point it seemed that Mdluli was actually going to be put in charge of the VIP Protection Unit. That would mean he would be able to literally access the diaries and records of movement of all of Cabinet. Which would be a little disconcerting for those plotting against Zuma.

Eventually, public pressure forced then Police Minister Nathi Mthethwa to suspend Mdluli. But not before Ronald Lamola uttered his only useful sound bite as ANC Youth League leader, that when it came to Mdluli, “you can see the blood of Eugene de Kock runs through him”. In case there is any doubt as to how the power system actually worked here, let us remind you that for the moment, Jiba is seen as Zuma’s source of power within the NPA. It is she who did not hand over the Zuma Spy Tapes to the DA (for which she was again criticised by the SCA), and it is she whose husband had his criminal record expunged. And despite now facing criminal charges herself, Zuma has failed to act against her, despite being the only person with the legal power to do so.

It is not certain exactly what Mdluli did to first ingratiate himself with Zuma so effectively. Although there has been pretty intense, and very probably correct speculation, that he was the person who gave the Zuma Spy Tapes to Zuma in the first place.

This backstory surely shows that when the police simply do not act on a request involving his prosecution, it is not just a bureaucratic snafu, it’s not a simple ‘paper getting lost in the system’ story. It is surely deliberate inaction. This is the typical case of a Zuma appointee, this time Phiyega, playing for time and hoping for the best, because there is no other option.

This development reveals several interesting aspects. Firstly it surely shows that Phiyega will do the bidding of Zuma. What he wants, he gets. It reveals that she is not her own person while performing her duties. Which on its own, could be grounds for removal from office as National Police Commissioner. (One presumes that the Marikana issue is going to get to her first.)

But secondly, it shows that Mdluli still has power. This is someone who has not held formal high office in the police for over two years. What possible levers could he still have? He could have friends in high places in the police service sure, but this high? The only way that this could happen, particularly since the NPA has communicated directly with Phiyega, is if Zuma told her what to do. There is surely no other way.

Zuma has not necessarily always shown loyalty to those who helped him in the past, but could do nothing for him in the future. It would be bad politics for him to do that anyway, and he is simply a very, very good politician. This must mean he either believes Mdluli currently has some leverage, or that he will be useful some time in the future. The most likely option is that Mdluli does have leverage, that he must know something, that Zuma must be worried about him spilling the beans on something.

Which would suggest that all the concern and worry about him in the first place was very well placed indeed. DM

Stephen Grootes is the host of The Midday Report and anEyewitness News reporter. Follow him at @stephengrootes.