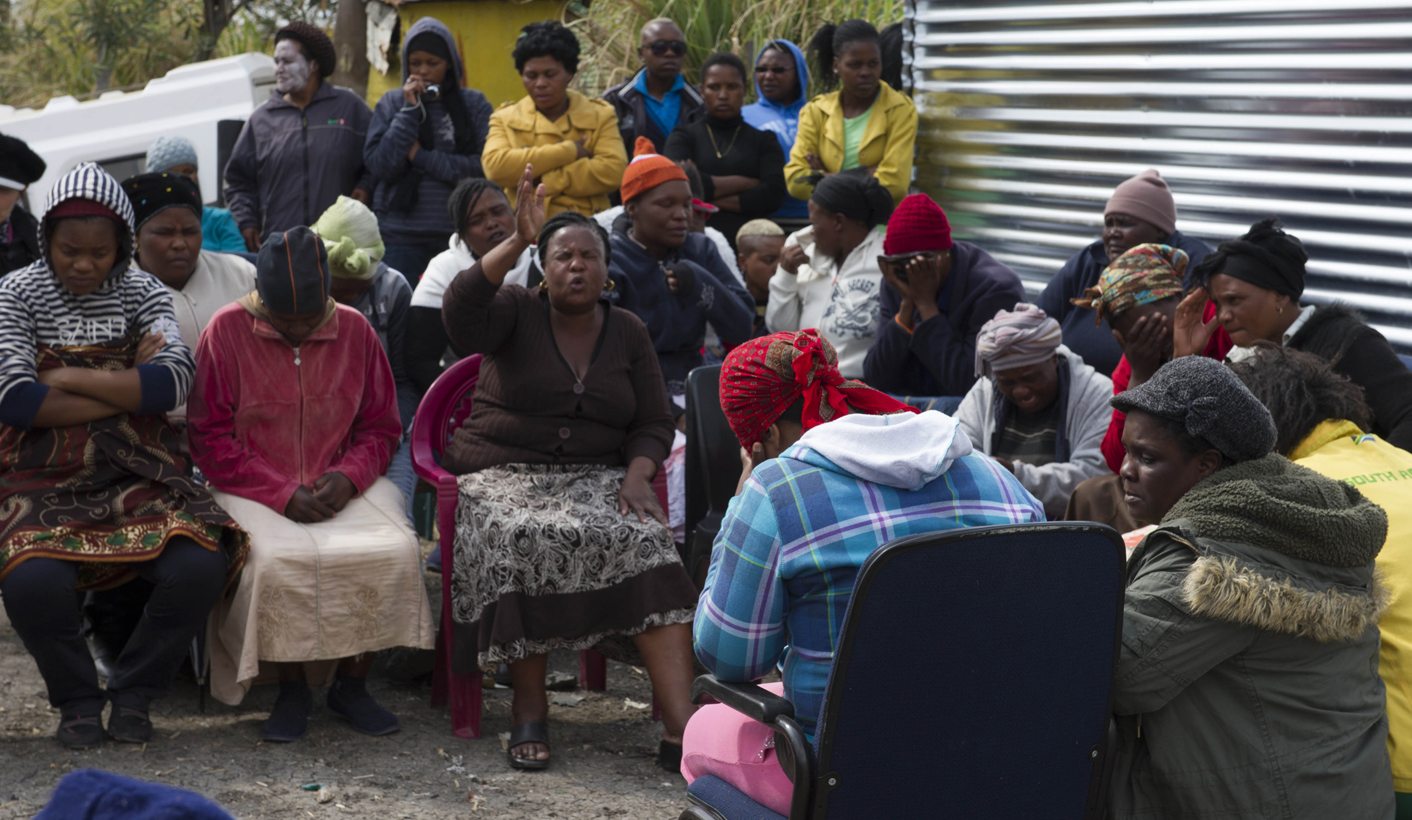 The Marikana Report may have exonerated top government figures, but platinum producer Lonmin did not come out unscathed. On top of the report’s findings that Lonmin did not do enough to secure the safety of its employees, there’s potentially more trouble on the horizon. The World Bank has agreed to investigate whether Lonmin fulfilled its social and economic responsibilities to the Marikana community after receiving a generous investment earmarked for just that. By REBECCA DAVIS.

Men have dominated the story of from the start: unionists, mining executives and striking workers. A name like Paulina Masuhlo remains virtually unknown.

Masuhlo was an ANC councillor in Marikana who died four days after being hit by rubber bullets during a protest, after police raided shacks in Nkaneng some weeks after the massacre and opened fire indiscriminately. The municipality twice refused permission for the women of Marikana to march to the Marikana police station in the wake of her death, until a legal challenge helped them prevail.

Now the women of Marikana have taken action again. In association with the Wits Centre for Applied Legal Studies (CALS), they have laid a complaint with the World Bank’s investment ombudsman over Lonmin’s failure to uplift the wider community in the way it pledged.

In 2007, the International Finance Corporation (IFC) – the World Bank’s investment arm – ploughed money into Lonmin that was intended to support the people living around Lonmin’s platinum mines.

Here’s Mining Weekly’s report at the time: [Lonmin CEO Brad] Mills’ vision is to create “thriving comfortably-middle-class communities”, whose well-educated children will have “good well-paying jobs” and who will have a future that “outlives” Lonmin’s long-life mines in the North West and Limpopo provinces.

Mills says that when the mines finally run out of ore and close in 50 years, Lonmin wants the community to have “fond nostalgic memories” of those mines, but “no real adverse impact” from their closure.

Eight years on, that vision remains a pipe dream.

In a video produced by CALS last year, the women of Marikana laid out their concerns about the environment in which they live. “It hurts a lot,” says one woman. “We don’t have toilets, no electricity, no water. We go to the veld in order to relieve ourselves.”

“The problem of women is that we can see that a lot of things are not going right since the strike,” says another. “Firstly children do not go to school. No food coming in. No food being put on the table.”

The picture is a far cry from that of the “middle class communities” sketched by the former Lonmin CEO.

The IFC’s $50 million investment in Lonmin was intended to support the fulfillment of its social and labour plan (SLP) – the blueprint mining houses have to submit in order to show how their operations will contribute to socio-economic development in the areas around the mines. Communities are often kept in the dark about what exactly the mine has pledged to do for them in order to win the mining rights.

“The majority of SLPs are very poor,” CALS director Bonita Meyersfeld told the Daily Maverick on Monday. One problem is a lack of specific figures: “Some speak about trying to educate ‘as many people as possible’,” Meyersfeld cites as an example. The result of such vagueness is that it’s often hard to hold mining houses to account.

In the case of Lonmin, a promise was made that the company would build 5,000 houses. The shortfall is 4,997: it has built three. This aspect came in for criticism in the Marikana Report, with Farlam finding that “Lonmin’s failure to comply with the housing obligations under the Social and Labour Plans should be drawn to the attention of the department of mineral resources”.

The report also specified that the government department should “enforce the performance of these obligations”.

The complaint to the World Bank’s ombudsman from the women of Marikana and CALS suggests further that the IFC itself should also have enforced those obligations. Meyersfeld says the IFC has played the role of an “absentee landlord”, relying on the annual reports of the company.

“The IFC should have been more vigilant around their investment, but at least they have a mechanism to receive complaints,” Meyersfeld says.

It is not just in terms of housing that Lonmin is accused of not having fulfilled its obligations in Marikana. The complaint charges Lonmin with having spent only just over half of the R23 million the company said it would devote to water and sanitation problems. Lonmin did not respond to the Daily Maverick’s request for comment before deadline.

Meyersfeld says the reason it is women in Marikana who are leading the complaint is because women and children remain hardest hit by poverty. What they want, she says, is for Lonmin executives to listen to them. “The women of Marikana have said to us that they want an audience.”

The World Bank’s complaints ombudsman, the Compliance Advisor/Ombudsman (CAO), has confirmed that it will be looking into the matter. Meyersfeld says what should follow next is an investigation, and then, hopefully, the establishment of some kind of dialogue between the affected parties.

For some women in Marikana, there’s cynicism about whether anything is likely to improve. While the DA’s Mmusi Maimane visited Marikana on Monday, the Daily Maverick’s Greg Nicolson reported two young women asking from the sidelines what change the political attention could possibly bring. Could a World Bank intervention do better? DM