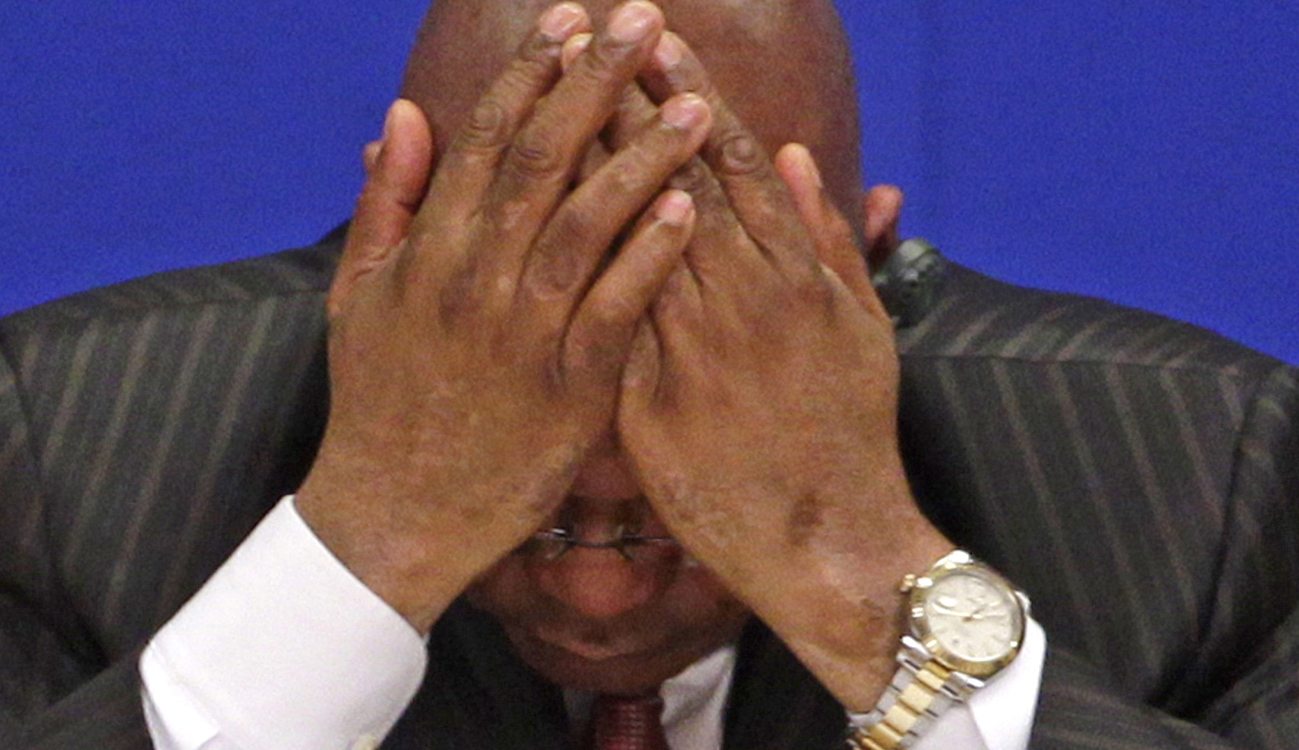 If all goes according to plan, the DA hopes that the ongoing saga of the “spy tapes” and the party’s court challenge of Mokotedi Mpshe’s decision to withdraw 783 charges of corruption, racketeering and fraud against Jacob Zuma in 2009 will be finalised before the end of next year. The DA also aims to approach the Constitutional Court to prevent any further delays. By MARIANNE THAMM.

At a press briefing in Cape Town on Wednesday, essentially to keep the media abreast of a process “that is even a little confusing for me”, James Selfe, Chair of the DA Federal Executive, set out the possible legal trajectory of a matter that has been dragging on (and out), like a cheap soap opera, for over six years in the country’s courts.

Last week, Advocate Billy Downer, who led the NPA Bumiputera team investigating the charges against Zuma, threw his weight behind the DA court challenge, offering a confirmatory affidavit contradicting that of Advocate Willie Hofmeyr, who claimed that it was DSO head Leonard McCarthy and not Mpshe who had decided on the timing of the serving of the indictment on Zuma.

Selfe yesterday said that the party’s legal team were awaiting the heads of argument from the NPA and President Zuma (to be filed on 22 June) after which the Deputy Judge President of the Gauteng North High Court would be approached with a request for an expedited court date for the review of the application to set aside the decision to discontinue the prosecution of Zuma, made by Mpshe on 6 April 2009. This decision, the DA maintains, was irrational and unlawful and was made for political purposes rather than based on sound legal argument.

Mpshe’s decision was reached, in part, as a result of supposed evidence obtained from secret recordings made by the NIA of conversations between the NPA’s Directorate for Special Operations, Leonard McCarthy, and former NDPP, Bulelani Ngcuka, and which Mpshe suggested had proved that the decision to hold back Zuma’s indictment until after the ANC’S Polokwane conference in 2007 suited former President Thabo Mbeki. (Zuma was contesting Mbeki for the position of ANC President.)

In his affidavit, Downer claimed that decisions were Mpshe’s alone to make while Hofmeyr, in his sworn statement, has claimed it was McCarthy – who had been tainted after the release of the “spy tapes” to Zuma’s legal team – who had made the call.

Last month President Zuma filed his opposing affidavit in the review application but statements, suggested Selfe, relied primarily “on conjecture, speculation and uncorroborated hearsay regarding every scandal and involving the NPA at the time”.

Selfe said the President’s sworn statement was based on the notion of a “conspiracy” and did not address the “central issue” which is “if there was a conspiracy, why could a competent judge not determine that this justified a permanent stay of execution, rather than the acting NDPP, Mpshe, taking the decision to discontinue on the basis that Mr Zuma was being maliciously prosecuted?”

The President and his legal team said Selfe “is trying to run two defences for the price of one”.

With regard to the current legal challenge, Selfe said that the DA hoped that the court would hear the case before recess at the end of this month.

“We do want the date determined and the judges allocated. It is possible, because of its seriousness and because of the nature of the challenge, it may be heard by a full bench,” said Selfe.

If a full bench of three judges were to be allocated to the case, he added, it would take slightly longer “to get the diary cleared but we are hoping that this matter will be dealt with during the third term of the court, which would take us through to the end of September.”

Whoever won or lost the case, said Selfe, would “want to take the matter to another court because that has characterised the way this litigation has been handled”. The DA would explore whether “it is not possible to get direct access to the Constitutional Court to prevent still further delays in a matter that has already been subject to litigation for six and a half years”.

He added, “It is entirely possible, if not likely” that the matter would be finalised by the end of next year.

DA MP and Shadow Minister of Justice, Advocate Glynnis Breytenbach, who co-hosted the briefing with Selfe, said that the finality of the matter, relied, in part, on an independent NDPP in “the pursuance of justice” which is why the “engineered departure” of Mxolisi Nxasana is “extremely disappointing”.

“He brought much-needed stability and direction to an NPA that has been largely leaderless for some years now,” she said.

“The last thing he wants is a strong, independent NDPP in the position when decisions have to be made, in the near future, regarding whether or not he should be prosecuted. It would serve President Zuma’s ends to have someone who is pliable in charge of such an important decision,” Breytenbach said.

Selfe said the desired outcome of the current challenge would be for a judge to set aside Mpshe’s decision on the grounds that it was irrational. Breytenbach said it was unlikely that the passage of time would affect the evidence collected by the NPA or new trial for President Zuma, if and when this was decided on.

“It has always been our belief,” said Breytenbach, “that the President may indeed not be guilty of corruption but must, like any other citizen, have his day in court. The notion is critical to our justice system and the President, as one of the custodians of our democracy, should give meaning to this principle.” DM