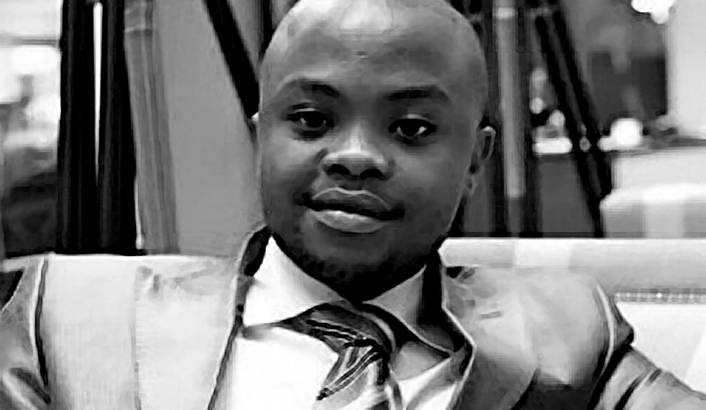 A KwaZulu Natal lobby group has decided that South African politicians and elected representatives are not sufficiently accessible to the public. Its solution? They are printing out and distributing flyers with the cellphone numbers of top government officials – including, allegedly, the President’s. Genius idea to hold politicians accountable, or a clear breach of privacy? By REBECCA DAVIS.

Phumlani Mfeka, spokesperson for Injeje yamaNguni, preferred to carry out an interview with the Daily Maverick via email rather than telephone. Some might say that’s slightly rich, since Mfeka’s group is making it their mission to ensure that politicians can be reached by anyone on their personal numbers. Then again, Mfeka’s not a politician. (See Daily Maverick’s earlier stories on Mfeka here, here and here)

Injeje yamaNguni is the “United Council of the Nguni Youth”, and their mandate is “to restore and preserve the dignity of the Nguni nations and also be the voice of the nation,” Mfeka says.

At the moment, they think the nation is clear on what it wants: to be able to phone its leaders.

On 25th May, the group released its first batch of numbers. The list contained political party heads like Gwede Mantashe, Mmusi Maimane and Julius Malema. Then there were union leaders: Zwelinzima Vavi, NUMSA’s Irvin Jim, and NUM’s Frans Baleni. Assorted ministers were on there, including the ministers of Home Affairs, Sport, Social Development and Health. Figures who hold important positions in KZN also featured, including the Premier of the province and a number of MECs. Finally, the list included the numbers of a handful of mayors.

The Daily Maverick immediately phoned this number, but received an automated voicemail message informing us that the maibox was full.

These lists were printed out and distributed to taxi ranks, bus depots, train stations, schools and other public areas. It was also circulated on social media. “It is the people themselves who lead the distribution process,” says Mfeka. “Ours is to gather the requested numbers and send to them.”

How do they get the numbers? “From family members of the public servants,” Mfeka says.

“Our people seem to be particularly in need of interacting with them,” Mfeka explains. “We are currently in search of their cell numbers and are confident that we’ll inevitably find them. They are also called upon to offer them to the public.”

The response from the politicians whose numbers have been exposed has thus far been mixed.

EFF leader Julius Malema was one of those who didn’t have a problem with it, telling Media 24: “My number is all over; it is not an issue for me.”

Deputy agriculture, forestry and fisheries minister Bheki Cele seemed to give the idea a rousing endorsement: “If you are paid by the government at the end of every month, then you must have a public number”.

On the other hand, KZN Premier Senzo Mchunu told Media 24 that he was unhappy with the group releasing his number without his permission. Home Affairs minister Malusi Gigaba told the group he was worried about women hounding him. DA leader Mmusi Maimane also expressed skepticism, saying: “There is always a risk of people abusing our numbers”.

“We trust the maturity of our people and have no reason to expect [the politicians] to be threatened,” he says. “On what basis would they be threatened? We are not aware of any wrong that they might have done to warrant threats.”

He also dismissed the idea that it might not be the best use of a politician’s time to be answering calls the whole day, when there are assistants employed for that purpose in their offices.

“How can serving the public be a waste of time?” Mfeka scoffed.

There’s one category of leader in South Africa, however, which looks set to be spared Injeje yamaNguni’s focus.

“We have received no request to release and distribute the cell numbers of our monarchs and traditional leaders primarily because our people find our royalty to be very accessible,” Mfeka told the Daily Maverick.

That absence from the list shouldn’t be surprising. In early May, the group tweeted: “Our Monarchs are the essence of our existence as the Nguni people. They are our gateway to Heavens and thus they shall remain supreme!” DM