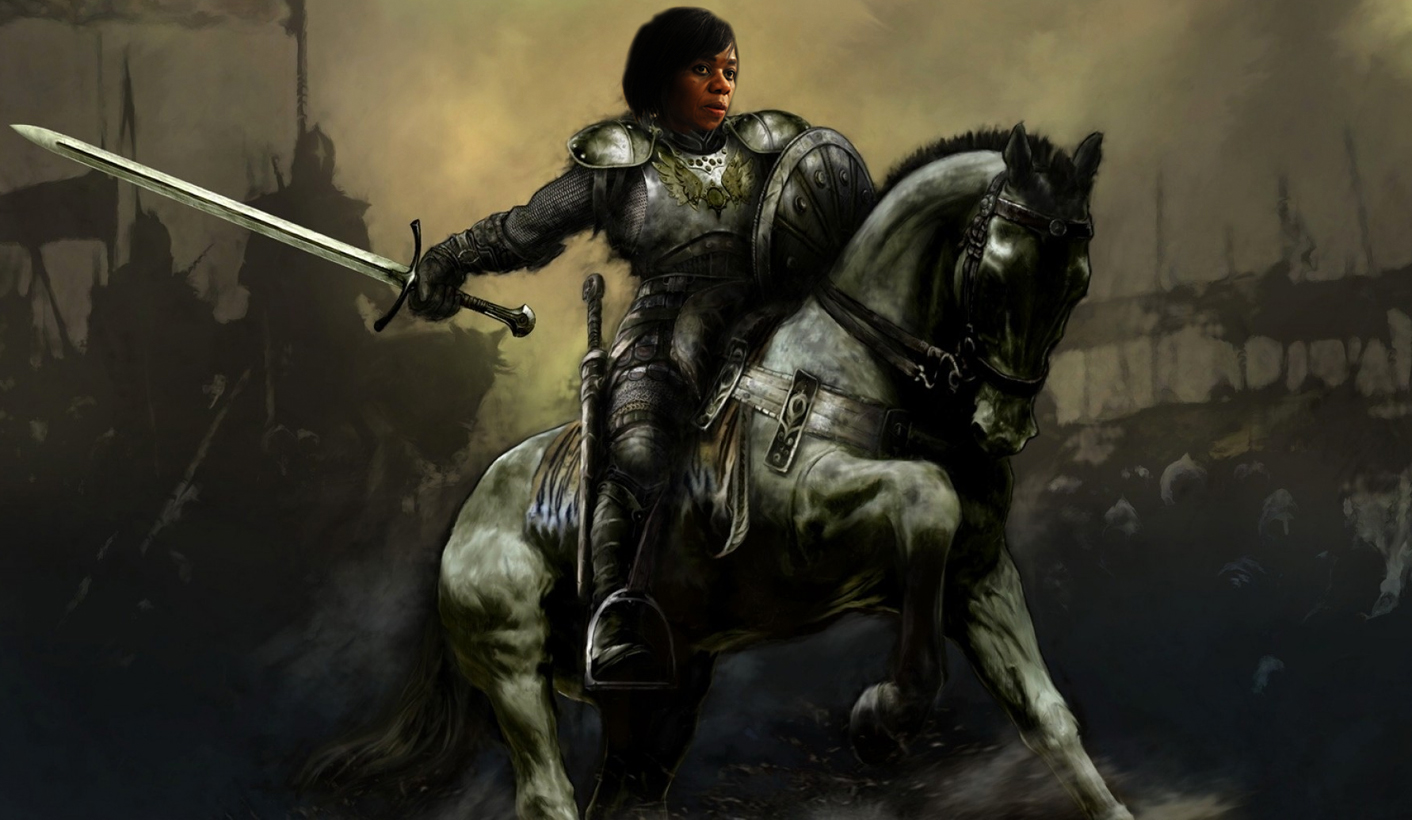 Two weeks ago the State Security Agency released a statement that it was going to investigate claims that Public Protector Thuli Madonsela, Amcu leader Joseph Mathunjwa, former DA MP Lindiwe Mazibuko and EFF leader Julius Malema were spies for the CIA. The agency said it had to investigate these claims because they had been published on an obscure blog. All four are people that could be described as being opponents of President Jacob Zuma. And while all four have hit back in some way, Thuli Madonsela is actually going to do something about it. By STEPHEN GROOTES.

On Tuesday Madonsela agreed to an interview that was broadcast on the Midday Report. In it, the soft-spoken advocate was asked if she thought this probe into her was a “political hit”. After demurring at first, she then explained that it appeared the State Security Agency (SSA) had been tweeting her repeatedly. She believed this was an attempt to get her to ask for an investigation.

Her next comment firmed this up: she pointed out that this investigation could be used as a pretext for the agency to tap her phones, she wanted to know if the judge who authorises phone taps had been asked for a warrant to listen to her calls. She said this would amount to undermining her office, as she obviously needed to engage in confidential communications as part of her investigations.

Just for the record, her comment here directly contradicts the public statement by the SSA’s spokesperson Brian Dube that her office had asked the agency to investigate. So obviously someone is lying. (And most of us who’ve had our phones jammed in Parliament, and don’t believe that it was to create a drone no-fly zone, may be too biased to make a neutral finding.)

Madonsela’s comments show that she is ready, willing and able to take this all head on. She said she was preparing to communicate with the agency in written form, and then to go to court to stop this investigation if she needed to.

For her, this is an existential threat. She cannot operate in the current climate; people who want to lodge complaints at her office now know her lines of communication may be tapped, and she may fear being suspended by Zuma at any time. But also, for her perhaps more than anyone else, the court of public opinion really matters. While the courts are still deciding if her findings and recommendations are binding, she really does rely on public support to have them enforced. With this claim hanging over her, her image of a public player of consequence is going to take a battering.

Her suggestions that this may be an attempt to tap her phones or suspend her also provide a motive for the release of the statement by the SSA in the first place. While it was met with concern in some circles, cynicism in others and derision by most, no one had really ascribed a proper motive apart from a broad brushstrokes claim about spies being used for politics by other means. Now that she has provided a specific claim, it will always hang around the probe.

Faced with such a clear and precise counter-attack by Madonsela, the SSA is going to be on the back foot. It has to find another motive as it certainly cannot rely on the claim that it was asked to investigate by Madonsela, unless it can produce documentary evidence. Which seems unlikely. And considering its public profile at the moment, it’s going to be tough for the agency to win any battles with the commentariat at the moment.

Of course, the other main effect of her statement is that it makes it impossible for Zuma to now suspend her, should he try to. It would suddenly be all too obvious that the entire action by the agency was a “political hit” on Madonsela. For Madonsela, this pre-emptive strike is one way of making sure she stays in office.

Madonsela’s comments also help the chips fall into the right places. When the statement was first released, it was hard to know if all four of these people were targets of a political hit, or if it was really aimed at one person. It’s an old trick to appear to attack a group of people at the same time to make it harder to see who the real target is. Clearly, Madonsela believes she may now be the real target, with the others being collateral damage

If we look at it from the point of view of a president with extensive experience of intelligence, who may feel personally hurt over one issue, i.e. Nkandla, which would make sense. Zuma’s public utterances on Nkandla recently, and his lecture in Parliament last week to the DA’s Mmusi Maimane, (where he, in fit of anger, failed to heed the request of the Speaker to stop talking) do appear to show he feels personally aggrieved on this matter. And the courts are currently examining a case (involving the SABC and Hlaudi Motsoneng no less) that may see a final ruling on whether the public protector’s findings on Nkandla do have to be obeyed. Thus, if you were the public protector, you may feel that you are wearing a bullseye on your back.

For the moment, Madonsela obviously wants to stay in office. Her comments in the interview are likely to once again rally her supporters: civil society, agenda setters, opinion-makers, people in communities are all likely to rise to protect her. Her comments may also ignite parts of the commentariat, to make sure that their audiences are aware of what is going on. All of this will make it difficult for Zuma to act against her, should he choose to do so. (Unless there’s a new avenue, of course.)

And now our spies, derided, laughed at, and possibly even abused, have to find a way to respond. (They failed to respond to Daily Maverick’s calls on Tuesday.) For them now, probably the best option is to publicly announce that their probe is over, that no evidence is found, and possibly even to admit they should never have started it at all. Just like they shouldn’t have tried to jam our phones in the first place. DM