The Libyan weapons paradox: To arm, or not to arm?

The Libyan weapons paradox: To arm, or not to arm? 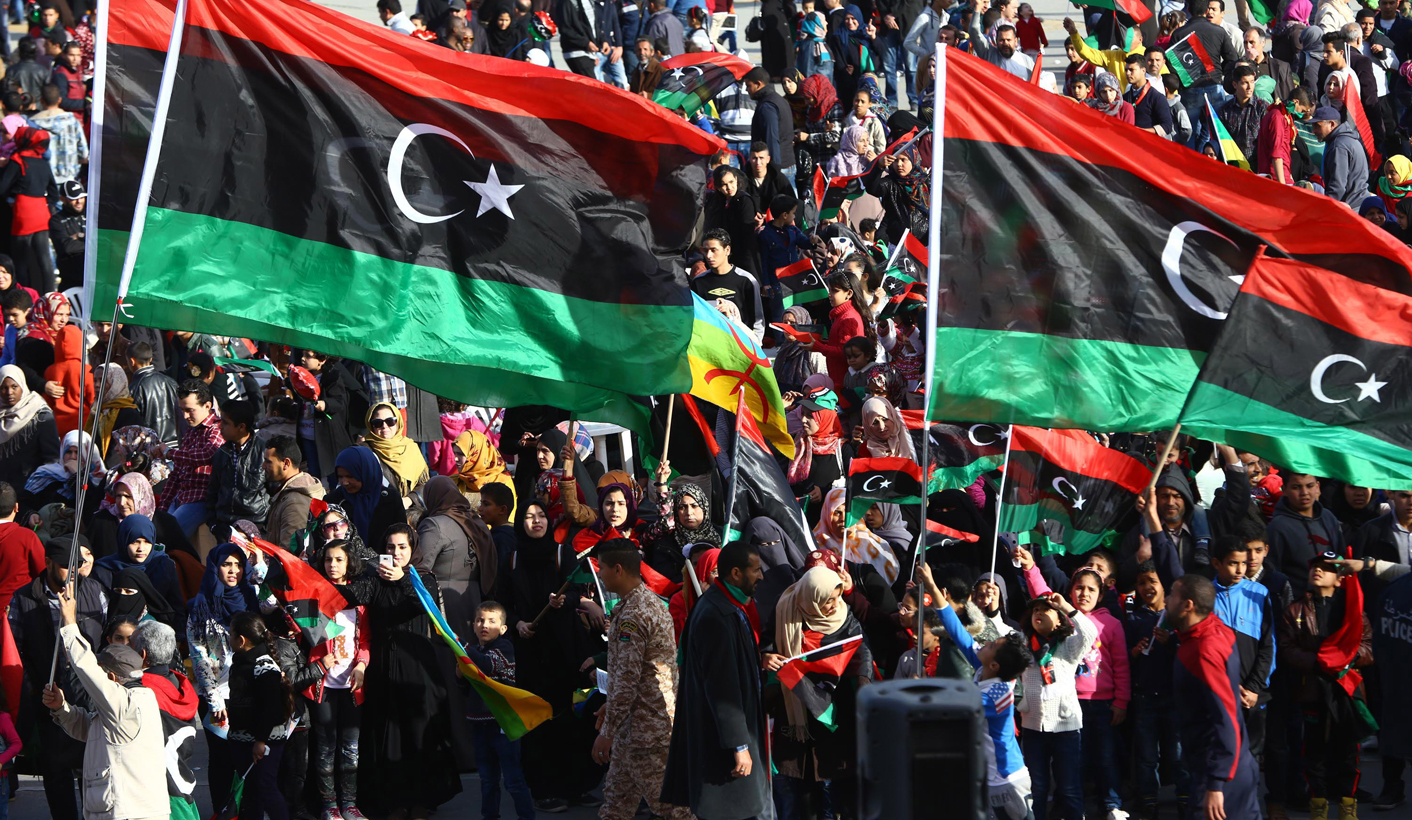 The Libyan government – what remains of it – wants more weapons to fight off various militant groups and install some semblance of stability in the country. But the United Nations won’t lift the arms embargo until some form of stability is already achieved. It’s a paradox that suggests that everyone is asking the wrong questions. By SIMON ALLISON.

There was a time when the Libyan government had enough weapons and ammunition of its own – more than enough. In fact, when arch-dictator Muammar Gaddafi was booted out of office, and all semblance of arms control with him, those weapons flooded into the hands of militia groups and rebels, in both Libya and surrounding countries, and caused havoc wherever they appeared.

In April 2013, a United Nations report concluded that Libyan weapons were fuelling conflict in the region, particularly in Mali, and were even stoking the fires as far away as Syria.

Now, in a strange but inevitable irony, it’s the Libyan government that needs new weapons, while the rebels control most of the firepower.

“Libya needs a decisive stance from the international community to help us build or national army’s capacity and this would come through a lifting of the embargo on weapons…so as to deal with this rampant terrorism,” said foreign minister Mohamed Dayri last week. He was speaking to the United Nations Security Council, where Libya – backed by neighbours Egypt – were petitioning for the arms embargo to be scrapped. “If we fail to have arms provided to us, this can only play into the hands of extremists.”

It’s not an entirely unreasonable request. In most countries, the government is supposed to have a monopoly on the use of force, which gives them the necessary security and stability to govern. The Libyans government has no such monopoly. It’s not even the best-armed group in the country. Actually, it’s not even the only government in the country, where several groups are vying for control, including a rival administration in the capital Tripoli and an Islamic State franchise operation.

If the Libyan government – that is, the one recognised by the international community, based out of the eastern city of Tobruk because anywhere else is just too dangerous – wants to assert its legitimacy, surely it needs the means to do so?

Not so fast. “The problem is that there isn’t a government in Libya that is effective and in control of its territory. There isn’t a Libyan military which the international community can effectively support…simply pouring weapons into one faction or the other, which is essentially what has been proposed, is not to bring us to a resolution to the crisis in Libya, and is not going to make Europe safer, is going to make it more at risk,” said British foreign secretary Philip Hammond, referring to the state of near-anarchy which in Libya which has replaced Gaddafi’s iron fist.

The USA concurred, and the arms embargo won’t be lifted any time soon. A sensible position given the international community’s record being burnt time and time again by arming the wrong people. Much of the Islamic State’s weapons cache in Iraq, for example, comes from US-sponsored stock captured from the Iraqi army.

Not that this helps any of the would-be Libyan governments, who are locked in a dangerous civil war where no one has the overwhelming might perhaps necessary to install a single, stable government. Still, more weapons in anyone’s hands wouldn’t necessarily help. “Arming Libya now would be adding only more fuel to the fire of the current security crises facing the little government that exists…any advanced weapons won’t just magically become silver bullets able to cure Libya’s strategic woes” said John Stupart, editor of the African Defence Review.

And Libya is not the only country looking for an armaments upgrade. Nigeria too is desperate for more firepower in its bid to combat Boko Haram, but is meeting with similar results – despite having a long-established and well-funded military, and a democratically-elected government. Last year, both South Africa and the USA rebuffed Nigerian attempts to purchase arms, largely as a result of the Nigerian military’s notoriously poor human rights record (let’s ignore, for the moment, the US army’s own poor human rights record, particularly when it comes to drone strikes).

In an interview on Radio France International, former US Assistant Secretary of State for Africa Johnnie Carson explained, stumbling over his words in an effort to be diplomatic: “The US has, however, been reluctant to provide, as I understand it, some lethal equipment to Nigeria because of the apprehension and fear that this equipment will be used, not only in the effort to defeat Boko Haram, but also misused and abusing human rights. There have been cases that have been documented by a number of international organisations of human rights abuses by the Nigerian military. I think that is the issue that is of greatest concern to probably some who are looking at the issue of assistance.”

Another paradox: at the root of the Nigerians military’s poor reputation is poor training and poor equipment, problems that it claims it can’t fix without an injection of new resources. Yet the US can’t give them more resources until they’ve fixed these problems.

This catch-22 is an issue that the international community has yet to resolve satisfactorily: which comes first, the chicken or the egg? The functional army or the weapons and resources needed to create one? The lack of a clear answer, however, is perhaps an indication that the answer lies elsewhere – in political, rather than military, solutions, and in less arms rather than more. DM

Photo: Libyans wave national flags as they celebrate the fourth anniversary of the uprising at Martyrs square, in Tripoli, Libya, 17 February 2015. Libyans are marking the anniversary of the 17 February 2011 revolution, that ended the rule of Muammar Gaddafi, amid division and violence after an Islamist-led militia seized the capital Tripoli in recent months, forcing the elected parliament and its government to relocate to the far eastern city of Tobruk. EPA/STR