Ivanhoe’s Platreef mine: Doing business in a complica...

Ivanhoe’s Platreef mine: Doing business in a complicated country 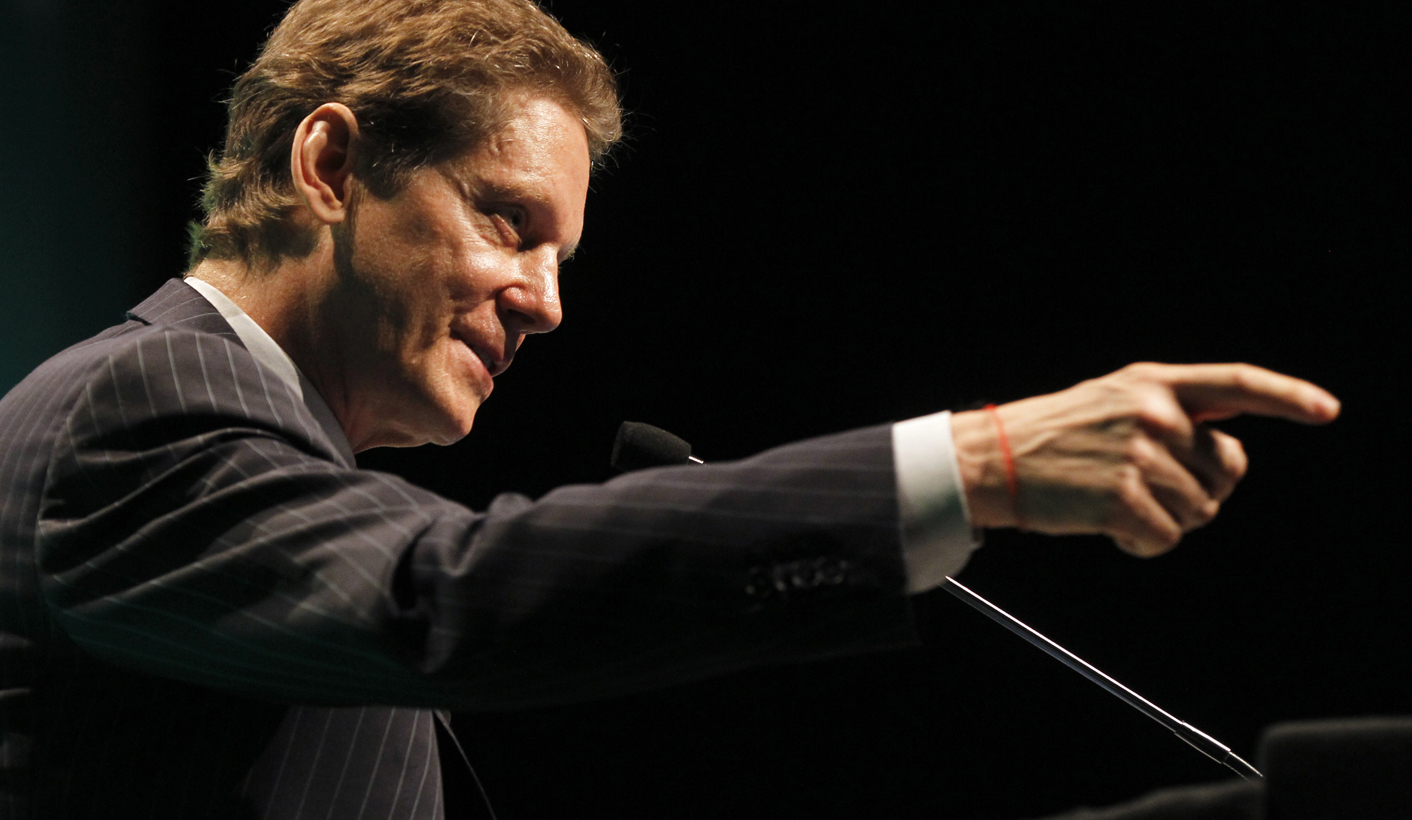 Last week, Canadian newspaper The Globe and Mail published an extraordinary investigation by their South African correspondent, Geoffrey York, into the practices of Canadian mining company Ivanhoe in South Africa. The article paints an ugly picture of goings-on around the company’s Platreef mine in Limpopo, alleging that villagers were coerced into surrendering the use of agricultural land for drilling thanks to strategic gifts and stipends given to local leaders. REBECCA DAVIS takes a look.

It seemed like a much-needed good news story for mining. Canadian mining company Ivanhoe would launch a platinum project in one of South Africa’s poorest areas. Through its local subsidiary Ivanplats it would create thousands of jobs, paying well above the normal wage for South African miners, but also ensuring sufficient mechanisation to make the job safer and easier. Living conditions for the miners would be better than is usual on South African mines.

Best of all: ordinary people living around the mine would be some of the biggest beneficiaries of the project. Ivanhoe would fulfil its BBBEE obligations by giving a 26% stake in the project – potentially valued at billions – to local community members and employees. In addition, it would contribute an annual amount of R11 million to the community.

Much of this has happened, or is happening. As far as mining goes in South Africa, it sounds like a rosy tale – but dissenting voices have been making themselves heard over the last few months.

Last November, the Department of Mineral Resources gave Ivanhoe the final stamp of approval towards building the Platreef mine near Mokopane in Limpopo and running it for 30 years, with the possibility of a license renewal thereafter. Ivanhoe founder Robert Friedland, who has previously struck it big with nickel, copper and gold projects in Canada and Asia, maintains Platreef will be one of the world’s biggest and most profitable platinum mines.

In September 2014 the deal with the local community was announced. Ivanhoe would have a 64% stake in the mine; the community owns 26%, and a Japanese consortium 10%.

At the time, local chief Vaaltyn Kekana was quoted as saying: “Today marks a new beginning for our villages and for Mokopane as a whole. I am indeed pleased with the final BBBEE structure as I believe it will truly benefit the communities hosting the Platreef project.”

But will it? A month later, community activists complained to Bloomberg that the terms of the deal were unclear and had not been agreed to by the community. They also claimed that elections to the trust which has been set up to defend community interests were rigged to ensure that only the mine’s supporters got on board.

Ivanplats told Bloomberg at the time that the company had held more than 150 meetings over 18 months with community members to discuss the deal.

The company subsequently released a statement declaring that there was support for the Platreef development from “an overwhelming majority of the communities in the Mokopane area”.

Activists were trouble-makers without a broader mandate from the community, Ivanplats insinuated.

“A tiny minority of individuals led by activists pursuing their own self-serving agendas still are demanding unwarranted preferential treatment,” the company said.

In December last year, Daily Maverick columnist Niki Moore wrote about the dysfunction plaguing the Mogalakwena local government – under which falls Mokopane and the mine site.

Moore wanted to investigate the question of why Mayor Tlhalefi Mashamaite and his cronies received such steadfast support from provincial and national government, when there was overwhelming evidence that they were implicated in serious corruption and mismanagement. Mashamaite, for instance, hired 30 personal bodyguards at the expense of the council, to the tune of over R1 million.

“It’s all because of the mine,” community activist Percy Nketi told Moore. Nketi was talking about Platreef.

Moore writes: “The Mogalakwena municipality recently undertook to supply the mine with grey water for 30c per kilolitre for the next 30 years, the proviso being that if the grey water is insufficient for the mine’s needs, it will be supplemented by the town’s drinking water. This means that taps in Mokopane might run dry while the mine enjoys preferential access to resources. Nketi is quite outspoken about the names of all the people benefiting from a ‘generally corrupt relationship’ with the mine. There is money to be made, and if that means subverting the democratic process, that’s just too bad for the people of Mogalakwena.”

Ivanplats flatly denied that any such water agreement existed with the mine. Moore’s column, the company said in a statement subsequently published by the Daily Maverick, “wrongly implicates the Company’s Platreef mine development project in the municipality’s troubles and is grossly irresponsible, given that very serious allegations are being made against the project without any substance whatsoever”.

But claims that the mine project enjoys an overly cosy relationship with local authorities of various kinds seemingly won’t go away.

The Globe and Mail’s investigation focuses on the techniques used to pave the way towards drilling at the Platreef site. It makes a number of claims:

Ivanhoe denies some parts of these allegations but essentially confirms others. Communicating with the Daily Maverick on Monday via email, company spokesperson Jeremy Michaels said, with regards to the pension allegation, “The company has no knowledge of the use of any such alleged pressure tactics and never would condone any such improper conduct.”

When it comes to the payments made to Chief Kekana, however, the company confirms: “Kekana has been paid reasonable remuneration for time rendered to the company and spent on company activities.” Village headmen also received payments: “The small gifts and donations referred to are in line with traditional cultural customs that have been observed on special occasions.”

The role of the chief, Ivanplats says, was “to hold meetings with his community and facilitate arrangements that in turn would enable the company to exercise its legal rights. It also is important to note that the chief does not have extraordinary powers to direct community members to take a particular position; community members are well aware of their rights in South Africa’s democratic dispensation”.

This is a portrayal quite at odds with that of the Globe and Mail piece, which describes one elderly villager as “illiterate” and “fearful”.

Michaels also says that there is “absolutely no truth to the claim that drilling is taking place close to ancestral graves”, and that to the company’s knowledge, “no community members ever have been blocked from grave and/or heritage sites”.

In certain circles, Ivanhoe’s founder Robert Friedland is known as “Toxic Bob” – a nickname earned after two of his companies spilled massive amounts of cyanide into rivers in the US and Guyana in separate incidents.

Friedland was a former mentor to Apple founder Steve Jobs, until things soured. South African columnist Alec Hogg pointed out in November 2013 that Friedland gets several unflattering mentions in Walter Isaacson’s biography of Jobs, described variously as a “charlatan” and a “con man”.

The Globe & Mail investigation into Platreef is not the only negative publicity that Ivanhoe has attracted over the last month. The Sunday Times reported last week that the South African wife of Ivanhoe CEO Lars-Eric Johansson is facing criminal charges in Canada for having allegedly assaulted an Air Canada flight attendant.

Nomantangwa Babhekile Johansson, 30, allegedly caused a flight from London to Toronto to be diverted to Nova Scotia due to behaviour on the flight for which she now faces six charges. One of the conditions of her bail is that she not take drugs or drink alcohol.

“Mrs Johansson does not represent the company in any business capacity,” spokesman Michaels told the newspaper. DM