Africa for Optimists: 2014 in review 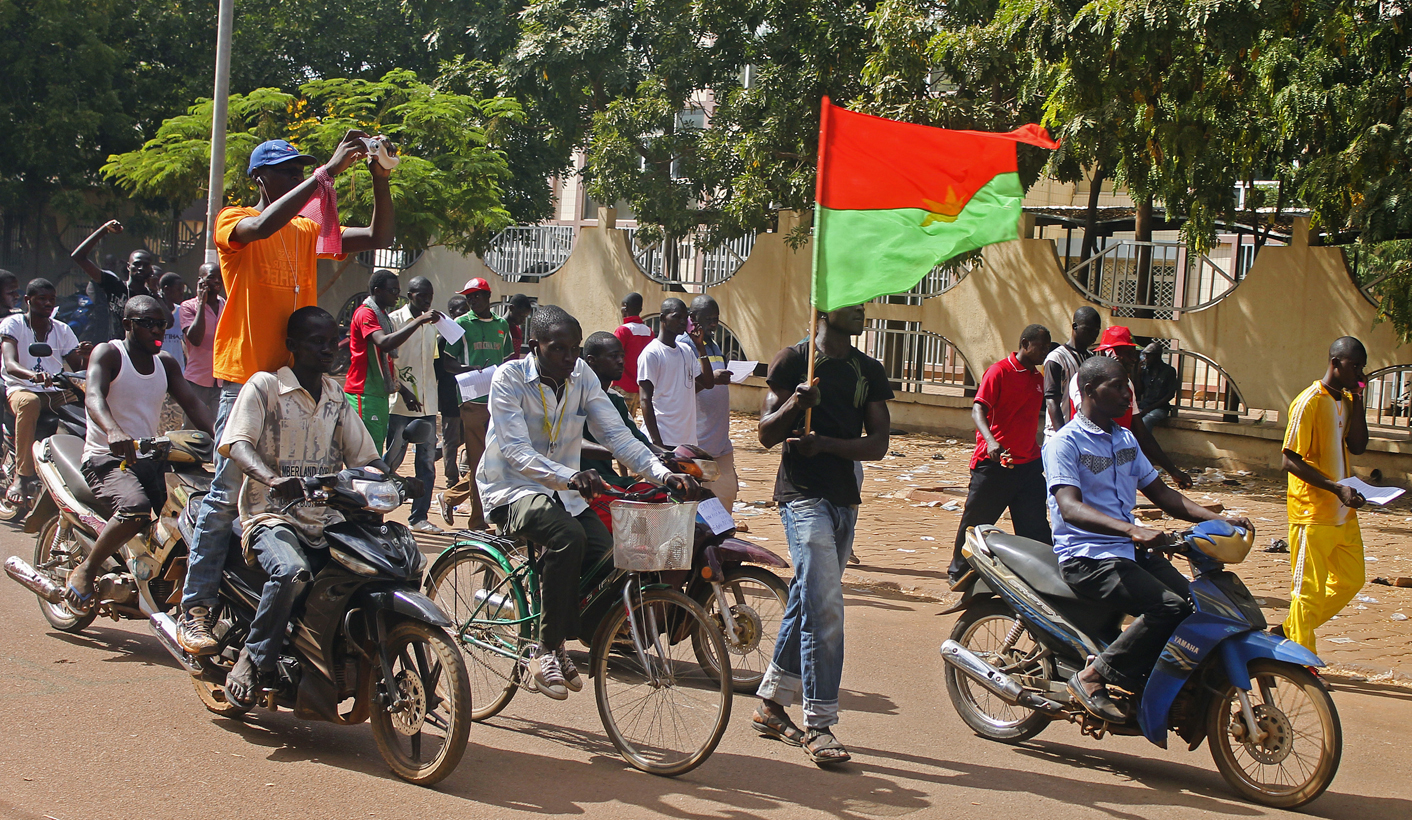 Now for the good news. While Ebola and civil war may have dominated the headlines, there have also been plenty of encouraging stories on the continent this year. By SIMON ALLISON.

Nigeria gets its financial house in order

This was the year that Nigeria finally lived up to all its potential and became the largest economy in Africa – and by quite some distance too. As of April this year, Nigeria’s GDP was worth $510 billion, an astonishing 89% increase on the year before. In contrast, South Africa, last year’s number one, trails far behind at just $370 billion.

It’s not that the Nigerian economy fundamentally changed overnight. It’s just that, for the first time in two decades, the country’s statisticians calculated its size correctly (or, at least, more correctly – the trouble with African statistics is that even the best of them are unreliable). By failing to rebase the GDP calculation since 1990 – i.e. failing to update the basket of goods and costs from which it is extrapolated – the country had worked with a grossly distorted picture of its economy for far too long.

That’s not to say the new figure, larger though it may be, is proof that the economy is healthy. It is far too reliant on oil, and taking a pummeling from the drop in global oil prices.

Still, it’s progress. Now, at least, the Nigerian government and investors know what they are dealing with. The new figure does cement Nigeria’s reputation as the most attractive investment destination on the continent, and also give it a huge diplomatic advantage: as Africa’s largest economy, Nigeria can make a compelling argument for continental leadership positions such as membership of BRICS and a permanent seat on the UN Security Council, should UN reform ever happen.

Over the course of a couple of days in late October, an awe-inspiring display of people power in Burkina Faso forced President Blaise Compaore to scuttle into exile, his tail firmly between his legs. It was a humiliating exit for the man who had ruled Burkina Faso since 1987, and was angling for even more time in the presidential palace.

It was this manoeuvering – Compaore wanted to change the constitution to allow himself to run for yet another term – that proved to be the final straw. Spontaneous protests erupted on the streets of Ouagadougou, and, crucially, the army rallied to the people’s side.

In a continent where dictators and presidents-for-life are all too common, with devastating consequences for the countries they rule, this was a magnificent example that power is not immutable; that people can be in control of their own destinies.

The big question, though, is what happens next. It’s a question that Egypt and Libya – who went through a similar political upheaval – are largely failing to answer (Tunisia might be a better model).

At the moment, there’s an interim government in place that is largely dominated by military men. They are promising a democratic transition. It remains to be seen, however, if they can be trusted.

Read Burkina Faso: Is the cure more dangerous than the disease?

It was a busy, busy year for election monitors from the Southern African Development Community (SADC) with no less than six presidential polls in the region.

Southern Africa is getting the hang of this democracy thing.

This record is even more impressive given that some of these elections were seriously contentious, with potential to go wrong. Malawi, for instance, was voting for the first time since the death of Bingu wa Mutharika, pitting incumbent Joyce Banda against Mutharika’s brother Peter; while by voting day Mozambique had only just concluded a peace deal with RENAMO, the opposition movement which had threatened to reignite the country’s civil war.

Interestingly, at least four of these six countries returned the incumbent president or party into office – Botswana, Mozambique, Namibia and South Africa. It’s notable that all those countries have only ever had one party in power since their respective independences, suggesting that electorates put a large premium on stability over change. Not necessarily a bad thing: as this successful round of elections confirms, southern Africa is the continent’s most stable region.

By the time the continent and the world finally took notice of Doctors Without Borders’ increasingly frantic appeals to deal with the Ebola situation, it was too late to prevent the outbreak in Guinea, Libera and Sierra Leone. Those three countries have been devastated by the disease.

But, remarkably, Ebola has not spread further in West Africa. This was a real danger. With the region’s porous borders, poor health systems and dense populations, all the conditions for a region-wide epidemic were present. That it didn’t happen reflects very well on the various governments and international organisations involved.

It was a close thing. Perhaps the biggest scare came in Lagos, Africa’s largest city, when a man infected with Ebola arrived at the airport from Liberia. He died a few days later, but infected several others before he did so. The Nigerian government reacted swiftly: they traced and quarantined anyone the man had come into contact with, and launched a nation-wide publicity blitz urging people to avoid physical contact. It worked. The virus was contained.

The danger isn’t over yet. Mali is currently battling a small outbreak in the capital Bamako, just weeks after declaring the country Ebola-free. The early signs suggest though that West African governments have learnt from the failures in Guinea, Liberia and Sierra Leone, and are taking rapid and effective action.

While it’s easy to get lost in the gory details of viruses and civil wars, it’s also important to remember the big picture, especially when it comes to Africa’s very encouraging economic prospects.

According to Forbes, sub-Saharan Africa will experience economic growth of around 6% in 2014, which is slightly higher than last year. The continent as a whole is also home to seven of the world’s ten fastest growing economies, and has a collective GDP in excess of $2,000 billion.

Real income, meanwhile, has risen by more than 30% over the last ten years. This means more and more people escaping poverty. It is no coincidence that this economic progress has been coupled with serious improvements in health issues (Ebola excepting). Malaria is a particularly striking example: since 2000, the number of deaths from malaria in Africa has declined by 54%, saving hundreds of thousands of lives in the process.

The numbers don’t lie: this is a continent that’s only moving in one direction, and it’s a very positive one. DM

For a less encouraging take, read Africa for Pessimists: 2014 in Review

Photo: Men from Burkina Faso cheer and wave flags in the capital Ouagadougou following the resignation of the president of Burkina Faso in Ouagadougou, Burkina Faso, 31 October 2014. Burkina Faso army chief Honore Traore announced Friday he had taken power after president Blaise Compaore gave in to pressure from tens of thousands of demonstrators and resigned. EPA/STR