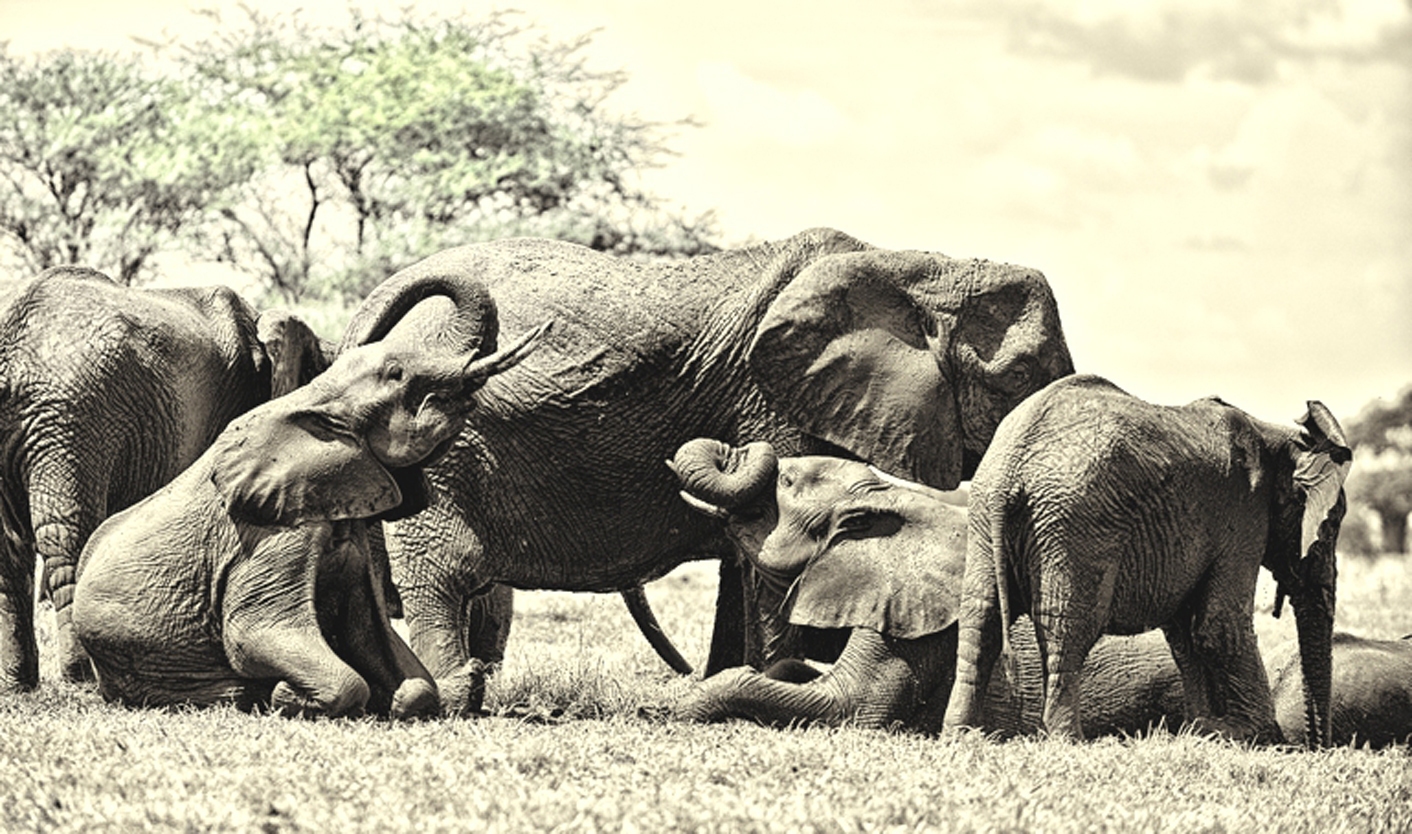 Elephant welfare is inextricably bound up with elephant management. This seems like common sense: it would be impossible to create sensible rules for managing elephants without considering the fact that they are highly intelligent, social beings with strong welfare needs – yet this is what the department of environmental affairs wants to do. DAVID BILCHITZ and MEGHAN FINN debunk the department’s argument.

In a recent article in the Daily Maverick and a press release, the department of environmental affairs (DEA) would have us believe it can regulate the management of elephants by passing a set of norms and without addressing welfare concerns. This is absurd.

The key argument of the DEA is that it lacks a legislative mandate to address welfare concerns when enacting standards for elephant management. Its concern emerges from the fact that its powers are sourced in the Biodiversity Act. The Act empowers the DEA to issue norms and standards for the “management and conservation of South Africa’s biological diversity and its components”. The DEA understands this to exclude welfare considerations and claims that a Supreme Court of Appeal judgment (SA Predator Breeders Association v Minister of Environmental Affairs and Tourism) supports its view.

It is indeed a shame that the government in its generally progressive environmental legislation did not expressly include provisions relating to animal welfare. However, even in their absence, the approach of DEA is fundamentally misguided. Attempting to pass norms and standards for elephants without addressing their welfare concerns is like attempting to regulate tobacco without considering its effects on human health. It is well established in law that if something is incidental to – or necessarily accompanies – the proper performance of an authorised legal power, then it, too, is legally authorised. It would simply be irrational to proceed as the DEA proposes.

Our government, in the environmental sphere, issues some of the most progressive regulations precisely because they recognise this point. Their Guiding Principles recognise that any person who carries out an activity relating to an elephant must have regard to the fact that “elephants are intelligent, have strong family bonds and operate within highly socialised groups and unnecessary disruption of these groups by human intervention should be minimised”. Recognising the cognitive, emotional and physical needs of elephants is crucial to most of the regulations that then follow.

Another provision severely limits the possibility of capturing elephants from the wild. This is for good reason to prohibit the traumatic separation of female elephants from their young. The baby elephants are sometimes captured in this way for a life of captivity in zoos or for elephant-backed safaris. How could one pass a provision such as this without recognising the deep connections between elephants and their young?

The norms and standards also cover subjects such as the need to ensure sedation of elephants is not performed repeatedly; limits to the number of times elephants can be translocated, requiring this to occur in family units; the manipulation of ranges of elephants; and limits to the use of culling, which should only be employed as a last resort. These are all measures that provide significant protection for elephants – and are founded on recognition that they are sentient creatures with strong welfare and social needs.

The DEA contends that the department of agriculture should regulate welfare matters as it has the responsibility to give effect to the Animal Protection Act that criminalises cruelty to animals. However, the Animal Protection Act only covers animals in captivity (or under the control of any person) and thus does not protect all wild animals. Free-roaming elephants, too, must be managed in a manner that takes account of their welfare.

Moreover, the mere fact that another department must also address questions of animal welfare does not relieve the DEA of its obligations in that regard. It only indicates that both departments have these duties. The Animal Protection Act criminalises cruelty to animals and should be seen as a complementary piece of legislation; it in no way prevents the DEA from enacting proactive regulations to manage elephant populations and address their welfare needs.

Finally, the DEA’s reliance on the Predator Breeders Association case is misplaced. The case dealt with regulations that sought to restrict the practice of canned lion hunting (shooting domesticated lions). Those regulations were made under a different, and more restrictive, empowering provision. Moreover, the focus of the SCA in striking down the regulations lay in that fact that the minister was said to have misinterpreted recommendations made by a panel of experts, and did not have a strong evidentiary base for elements of the regulation. Nowhere did the judgment suggest that, when welfare considerations are present – or, indeed, bound up with the management of animals – regulating them falls outside the minister’s mandate. In fact, the court stated expressly that “[n]o doubt the minister was entitled to take account of the strong opposition and even revulsion expressed by a substantial body of public opinion to the hunting of captive-bred lions”.

The DEA is both permitted and obligated to build in welfare concerns when regulating the national management of elephants. We do not believe there is justification to effect any major changes to the current norms and standards, which were passed after a long process of consultation and considering both the best available science and ethical thinking. In making any changes, the DEA should recognise its mandate to engage with all relevant elements of the environment, one of them being that elephants have welfare and social needs that deserve strong protection. DM

David Bilchitz is a Professor at the University of Johannesburg and director of the South African Institute for Advanced Constitutional, Public, Human Rights and International Law (SAIFAC); Meghan Finn is a researcher at SAIFAC.