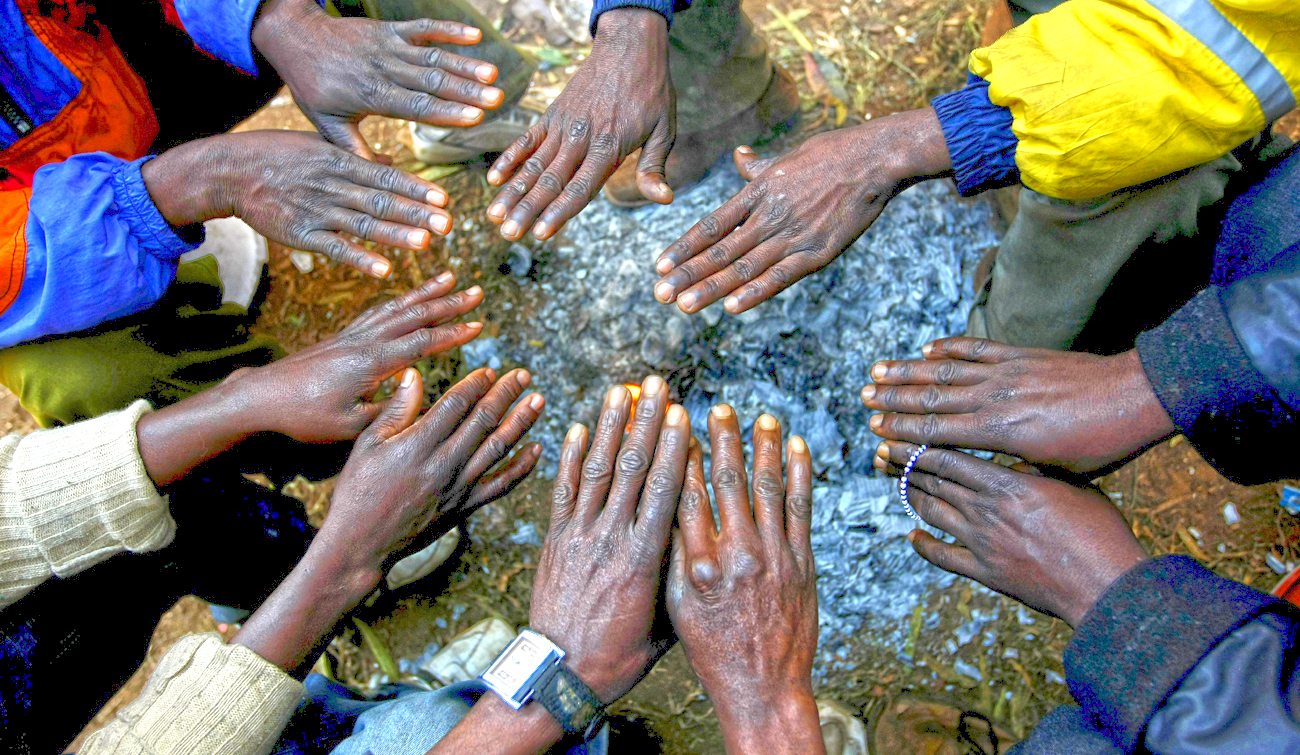 Parliament’s whirlwind week continues, stacking budget vote debates atop media briefings from morning till night. So many “good stories”, so little time to tell them in. We’re getting there, though: we’re now more than halfway through government ministries telling us about their plans for the year. To help you keep up, REBECCA DAVIS again summarises the choice bits from Wednesday’s Parliamentary frenzy.

There are fewer criminals behind bars than ten years ago. Minimum sentencing regulations led to an explosion in inmate numbers, so the Department of Correctional Services introduced alternative sentencing, built additional bed spaces and took better management of the parole system. This reduced the inmate population by 31,000 between 2004 and 2014. As of March 2014 there were 157,170 inmates in South African jails, which still keeps things pretty cosy.

Eugene de Kock’s victims’ families were not alone in not being consulted about his parole. At present, victims are participating in less than 5% of parole hearings. But Correctional Services Minister Michael Masutha says the department is taking steps to fix this. As of November this year, they aim to introduce video-conferencing in all parole board offices, to allow people to participate in parole hearings even if there are barriers of language and distance.

The Women Empowerment and Gender Equality Bill has not been scrapped. Minister of Women in the Presidency Susan Shabangu was at pains to correct reports that the bill, which would oblige companies to achieve 50% representation of women in top management, had been binned. It’s just been withdrawn for further consultation because it lapsed at the end of the last Parliamentary term. “I have never said we’re withdrawing it,” Shabangu said. “It’s dead, it lapsed.” Shabangu said that this time around, they want to hear a wider range of submissions on the matter.

The EFF wants the government to give women free sanitary pads. Speaking at the budget vote debate for the Department of Women, EFF MP Elsabe Louw had a simple case to make, based on the number of school days missed by menstruating girls who can’t afford sanitary products. “The government continues to give condoms for free. But sex is a choice. Why can we not give sanitary pads for free?” Louw asked. She was later smacked down (metaphorically) by ANC MP Patricia Chueu, who told her this wasn’t an original EFF idea and claimed the government was already distributing sanitary pads in schools.

Parliament is an example of patriarchal architecture at work. This idea was advanced by Chueu, who said it was clear that a man designed the Parliament buildings. “You walk around, you slip, and you can even break your leg,” Chueu said. “It’s as simple as that. If we say women must be part of Parliament, we must also change our floors. Because we walk around here, we break our heels. Because the paving there, you can’t walk on that paving.”

Responsibility for combating gender-based violence seems to have largely moved to Social Development. Women’s Minister Shabangu’s speech was low on mentions of gender-based violence, though she did tell journalists beforehand that the Oscar Pistorius murder trial was “reflective of a society which continues to abuse women”. Social Development Minister Bathabile Dlamini, on the other hand, announced the establishment of a national Gender-Based Violence Command Centre which will operate 24 hours a day with 75 qualified social workers.

Women’s advocacy campaign Shukumisa complained in response that this service duplicates the existing national “Stop Gender-Based Violence” helpline, run by Lifeline since 1999 at a fraction of the cost.

Tourism > mining. Tourism Minister Derek Hanekom pointed out that tourism now directly and indirectly accounts for about 10% of the total South African workforce, “far more than the number of people employed in the mining sector”.

SAA is buying new planes. SAA Chief Executive Officer Monwabisi Kalawe, who was present at the Public Enterprises pre-budget debate briefing, told journalists that they aimed to complete the acquisition by the end of the year. They might need to tweak the budget to include the repairs to the SAA Airbus A340-300, which was reportedly damaged when it hit turbulence over Kuala Lumpur on Wednesday, injuring 20.

Medupi will be producing power by the end of the year. Public Enterprises Minister Lynne Brown said that the latest strike by the National Union of Metalworkers (NUM) would not delay the completion of the new coal-fired power station in Limpopo. Well, to be accurate, what Brown said was: “I am not told these strikes will delay Medupi”.

When you get made Public Enterprises Minister, everyone wants you to change their lightbulb. Brown said that “minutes” after Zuma had made the announcement, the first call she got was to tell her that the lights were off in a street in her old neighbourhood. The second call was from “an old aunt” asking Brown if she knew that the price of electricity was about to go up.

Funny story…The Department of Public Works has been paying rent to the tune of R5 million per month for 108 properties that were actually empty all the time! Good thing we don’t have a massive housing problem, or some people might get bitter thinking about that. It also turns out that the department was accidentally paying the rent for non-governmental tenants in 12 properties, costing another R1 million per month. We’ve all been there.

It could be worse: you could be in Europe. Deputy Public Works Minister Jeremy Cronin pointed out that the youth unemployment rate in Spain and in Greece is worse than ours. Consequently, he says there’s a lot of international interest in our public works programmes, which aims to create 6 million work opportunities in the next five years.

Did you steal a government property during the transition to democracy? Public Works is coming after you. Minister Thulas Nxesi said that the department is launching “Operation Bring Back”, which aims to reclaim government property and land stolen during the transition. It was a particular problem affecting state properties in the former homelands, Nxesi said, where proper records weren’t kept when the homelands got invited back into the republic. Some of the people living in state-owned houses are “very rich”, and some are using them as B&Bs. At the least, they should expect some sniffy TripAdvisor reviews coming their way.

There is no Nkandla cover-up. President Jacob Zuma was supposed to respond to Parliament on the Public Protector’s report by Wednesday, but it seems he’s too busy in Brazil. Nxesi, meanwhile, got a bit tetchy when the N-word was mentioned. “There is no cover-up at all. We’re dealing with those issues,” he told the media briefing. Cronin, for his part, quipped that when journalists brought up a prickly Public Works issue, “I thought for sure you were talking about collusion in the construction sector.”

Government is considering the introduction of a national minimum wage. This is something President Zuma mentioned in his State of the Nation address, and Labour Minister Mildred Oliphant confirmed on Wednesday that government was exploring the option. She said they were looking at countries like China and Brazil for inspiration, though China doesn’t actually have a unified minimum wage. Cosatu has been lobbying for a national minimum wage for some time, though some economists have called it “wholly unaffordable”.

Hunger is down, but it’s not because of farming. Minister of Agriculture, Forestry and Fisheries Senzeni Zokwana admitted that a decrease of 16% between 2002 and 2013 in households which experienced hunger was mainly because of social grants, not the vibrancy of the agricultural sector.

The new Fisheries Minister is trying to fix the old one’s mess. Zokwana said that he is consulting with the state’s lawyers to “institute corrective measures” to the fishing rights allocation process of 2013. This follows ex-Minister Tina Joemat-Pettersson’s bungling of the process, which saw commercial fishermen go to court when faced with losing their livelihood.

China is thirsty for our wine. China is a “growing market for our agricultural produce,” Zokwana said, and the Department of Trade and Industry is helping local wine producers get their tipple into Chinese trade fairs.

SA will meet the digital migration deadline. Allegedly. South Africa told the UN that we would have completed the migration from analogue TV to digital by June 2015. Experts say it’s unlikely we’ll meet the deadline, but Telecommunications and Postal Services Minister Siyabonga Cwele said the deadline “looms before us, and we dare not let our people down”. Cwele said they’ll be publishing the migration policy in the next two weeks, and they’ll give a date for the digital switcheroo within three months. Expect an increased number of TV channels, though many of us would settle for the same number of TV channels with some decent programming.

High communications costs have been awesome for the telecoms sector and terrible for the rest of us. Telecommunications revenues are expected to grow to R187 billion by 2016. That’s nice, except it’s us paying for that. Cwele conceded that the high cost of communicating in South Africa “remains an impediment” and a disincentive to investment. Government hopes to bring these down by forcing operators to publish more transparent pricing information, and by studying exactly how much these operators should actually be charging.

Public Works Minister wins “most creative metaphor” of the day. In 2012, Thulas Nxesi said his department was like a patient in ICU. In 2013 he said the bleeding had stopped. Now he says the “patient is fully stabilised and responding well to medication”. But he still hasn’t told us what ails the patient. It must be something pretty serious if the patient is still in hospital three years later. DM