Analysis: Kenyatta escapes the ICC, and shows others how it’s done 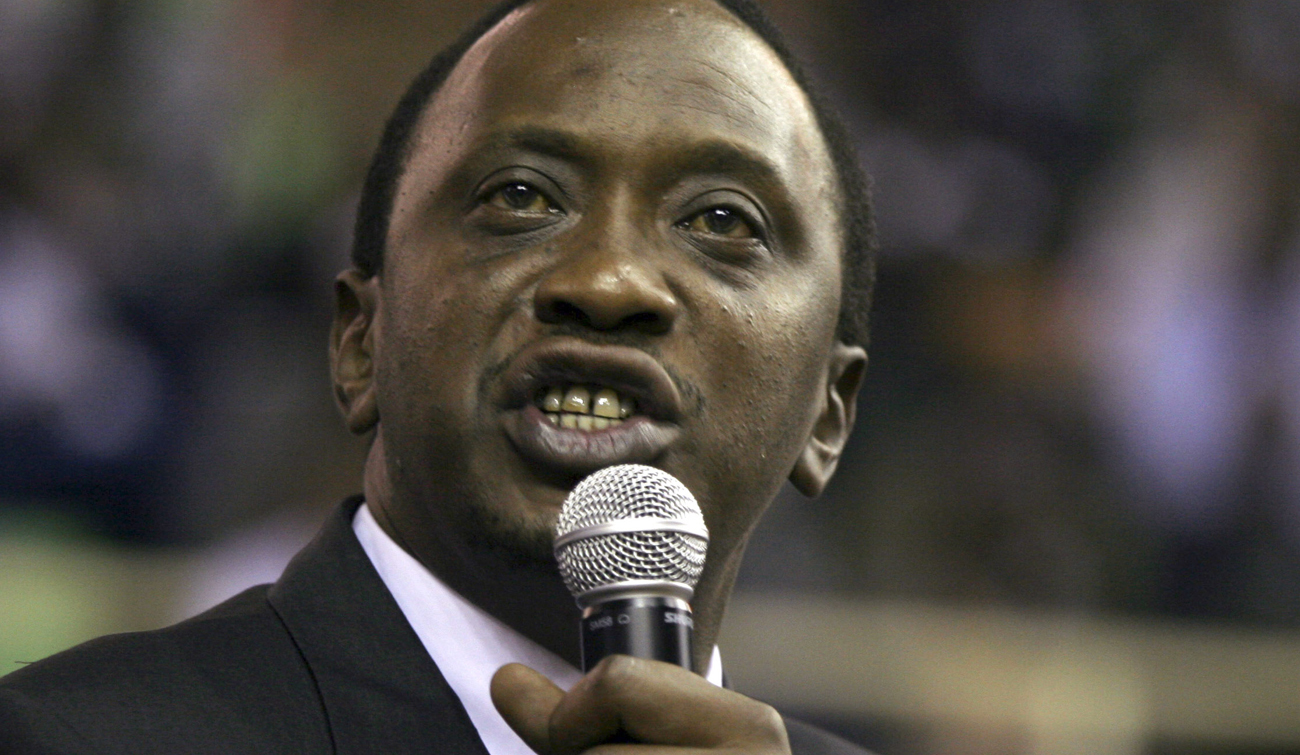 Question: what’s the best way to escape international justice? Answer: Get yourself elected president, of course. At least that was Uhuru Kenyatta’s solution, and it worked. By SIMON ALLISON.

It’s all over bar the shouting, and a few more tedious court proceedings. Unless something drastic changes, Uhuru Kenyatta will not face trial at the International Criminal Court – and the thousands of victims of Kenya’s 2007/2008 post-election violence will be denied their chance to see justice done.

Wednesday was supposed to be the first day of his trial, in which he would defend himself against charges of indirect complicity in crimes against humanity for his alleged role in inciting, organising and funding the violence. It was also going to be a milestone in international justice: the first time that a sitting head of state faced an international court on charges of this severity.

But Kenyatta didn’t show. He didn’t need to. The prosecution case had already unravelled to such an extent that instead of arguing for and against his innocence, the lawyers present were squabbling about whether the case should go ahead at all. There was one thing they could all agree on, however: with the current collection of evidence, there’s no way that Kenyatta’s guilt can be proved.

“The prosecution has realised that its case has collapsed,” defence lawyer Stephen Kay told the judges. “We have come to a stage where the case presented reveals that it is not a case; it is a case with allegations based upon falsity and the prosecution knows that. The problem is now though that having taken two sides to go into a trial, a political problem emerges. But the politics of this matter should not be a consideration.”

Of course, the defence would say that. But the prosecution’s verdict on its own case is just as damning. On Wednesday, it was reduced to pleading with the judge for more time, and for the court to get involved in the collection of documents from the Kenyan government. Specifically, prosecutors want access to Kenyatta’s financial records from the time, hoping that these will show that he funnelled money to perpetrators of the violence. But the Kenyan government isn’t being particularly helpful.

“It is nearly two years since we asked for this material,” said prosecution lawyer Ben Gumpert. “Of all the leads available to us, we have exhausted all reasonable prospects. But we are under a duty to pursue our investigations…We characterise the position of the government of Kenya as one of pure obstructionism.”

Of the investigation as a whole, Gumpert glumly concluded: “The stones that remain to be turned are getting less and less promising.”

So what went wrong? How did the case against Kenyatta – once promised to be rock solid – collapse so spectacularly?

At a micro level, the prosecution has been badly damaged by the withdrawal of a number of key witnesses. In an open letter, the ICC’s Chief Prosecutor Fatou Bensouda explained that there were two witnesses in particular who the prosecution was relying on. When they withdrew in late 2013, the prosecution case no longer satisfied “the high evidentiary standards required at trial”. In court filings, prosecutors have said that their witnesses were blackmailed, bribed and intimidated into withdrawing, and blamed the government of Kenya for creating a “climate of fear”.

Kenyatta’s lawyers dismissed this, describing the prosecution’s complaints as an attempt to cover up their own failings. “It is a blame-shifting exercise onto the government of Kenya,” said Kay. This is disingenuous.

Zoom out of the nitty-gritty of the court proceedings, and there’s an obvious explanation for all the prosecution’s woes (the witness withdrawals, the Kenyan government obstructionism, and the climate of fear): Kenyatta is the head of state, and as such it is his privilege to direct the resources of state. Why would the Kenyan government offer documents which might, in essence, incriminate itself? What Kenyan witness would be prepared to risk defying Kenyatta, in the full knowledge that the organs of state which are designed to protect him – the police, the courts, even the media – answer either partly or wholly to the same man. Even if Kenyatta did not deliberately set out to create a climate of fear, one exists purely by virtue of his position.

This, of course, was the intention. Kenyatta was not president when he was indicted by the ICC. The successful presidential bid came later, a barely-disguised attempt to secure himself a get-out-of-jail-free card. That it worked is not just an indictment of Kenyatta, but of Kenyan voters too. Kenyatta gambled that the irresistible power of the president’s office would be enough to get him out of trouble – so far, the gamble has paid off magnificently.

Is Kenyatta guilty? I don’t know. That’s for the judges to decide. But that’s not the point. By taking office, Kenyatta ensured that witnesses would not speak against him, that documents would not incriminate him and, ultimately, that justice – whether it convicted or exonerated him – would be unable to be served.

Perhaps the most disturbing element of the Kenyatta case is not even the specifics of his situation, but what his strategy means for others who are facing or will face international justice in the future. Will Kenyatta’s example warrants encourage war lords and genocidaires to seek more power rather than less when threatened with international arrest warrants? Will the ICC process actually incentivise its targets to seek office, rather than acting as a deterrent? On this issue, the ongoing trial of Kenyan Vice-President William Ruto (allied with Kenyatta now, but on the opposite side of the post-election violence) may offer a few clues.

In The Hague on Wednesday, the judges delayed ruling on the prosecution’s request for more time to gather evidence on Kenyatta. For the sake of international justice, let’s hope the prosecutors get what they want, and that they are able to use the time to find some evidence that sticks – enough to at least force Kenyatta to stand trial in person. This would give Kenyatta the chance to convince the world he is innocent, if he is; and perhaps persuade others that assuming the presidency is not quite the get-out-of-jail-free-card it’s cracked up to be. DM