Analysis: Oh Kenya, what have you done?

Analysis: Oh Kenya, what have you done? 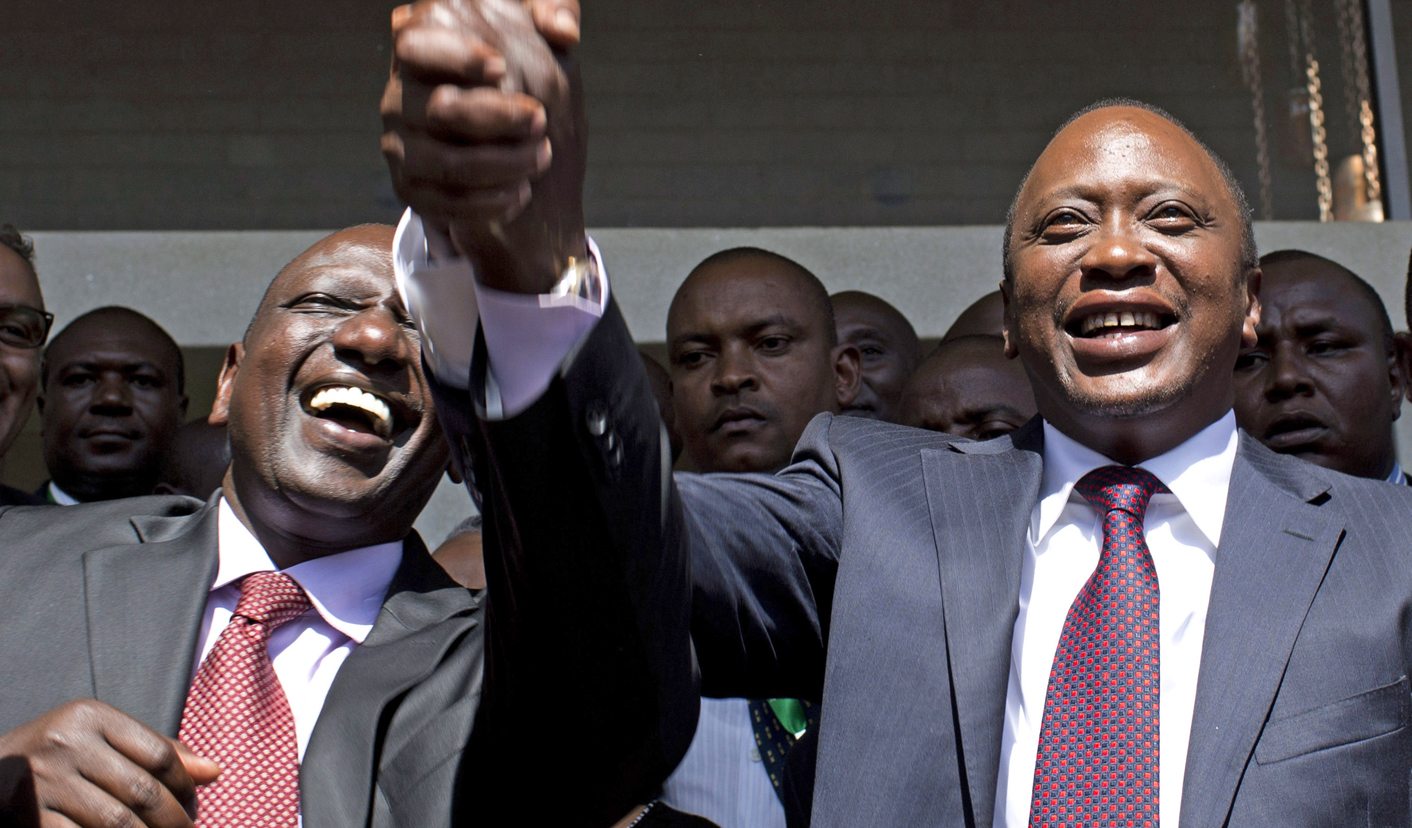 The voters of Kenya have spoken, and it turns out that more than half of them want to be led by a man accused of crimes against humanity, with a dodgy track record in government. Well, it’s their choice, and they’ll have to live the consequences, but SIMON ALLISON is not impressed.

The wait was longer than anyone in Kenya expected. After voting concluded on Monday evening, a fancy new electronic reporting system was supposed to tally up the ballots and provide the results in super-quick time. We’d know by Tuesday morning, the optimists said, Wednesday at the very latest. But it was not until Saturday that the head of Kenya’s Independent Electoral Commission, Issack Hassan, was able to definitively tell the nation who would lead them for the next five years.

“The candidate who has been duly elected president of Kenya, in the election held on March 4 2013, is Uhuru Kenyatta,” said Hassan. For Kenyans, whether they voted for him or not, this is the worst possible outcome.

There are two main problems with Kenyatta’s victory: who he is and how he did it.

Let’s start with the man himself. Uhuru Kenyatta is the son of Jomo Kenyatta, Kenya’s founding father. It was Jomo that led his country to independence, and there is no greater symbol of that independence than Jomo’s son, named Uhuru – “freedom” in Swahili. Kenyatta junior was born with the hopes and dreams of a nation on his birth certificate, and it is perhaps inevitable that he was drawn into politics and high office. There’s nothing wrong with this, per se, except to observe that without his heritage there is little to no chance that Uhuru would have got anywhere near the presidency. This, admittedly, is true of his main rival in these elections, Raila Odinga, who is the son of another great liberation hero. In Kenya (like in much of the world) a little nepotism goes a long way.

But it’s not Kenyatta’s past that’s the problem; it’s his future. As every report on the Kenyan election has mentioned, Kenyatta has been accused by the International Criminal Court (ICC) of organising crimes against humanity, committed in the post-election violence which followed the last polls. Kenyatta wasn’t running for president then, but he was the chief lieutenant of Mwai Kibaki, who was; and when the results got too close to call and the knives came out, the ICC prosecutors believe that it was Kenyatta directing the operations of his side’s thugs. And the ICC judges, having looked at the evidence, have confirmed the charge, meaning that Kenyatta does have a case to answer.

Yes, I know: innocent until proven guilty and all that. But that’s not the point. Kenyatta is about to become president of a country, which, believe it or not, is a full time job requiring 100% concentration. In electing Kenyatta, Kenyans have chosen a man who they know will spend a significant portion of his time defending himself against very serious criminal charges. He will not be fully focused on governing Kenya. And what happens if he is found guilty? Suddenly, Kenya’s president could be spending the rest of his life behind bars in a foreign jail. He definitely won’t be able to govern much from there.

And then there are the diplomatic complications. The Guardian’s Simon Jenkins explains the problem from Britain’s perspective. “Britain has indicated officials will avoid any but essential contact with him. If London sticks to this approach, a diplomatic rift may be unavoidable… Once Kenyatta is in office, British diplomats may face a Robert Mugabe-style dilemma over whether to meet him, shake his hand, or even sit down in the same room.” Every country that deals with Kenya will face similar questions over how closely it wants to be involved with Kenyatta, unnaturally distorting Kenya’s foreign policy and quite possibly creating enemies where none were before.

South Africa has already congratulated Kenyatta and praised the conduct of Kenya’s elections, indicating that for the moment there will be no change in our policy. This is probably the right approach, but our diplomats will have a few tough decisions to make once the ICC case gets more serious (it is still in the very initial stages). One outcome, nervously predicted by many analysts, is that Kenyatta uses the historical precedent of presidential immunity to avoid any potential sentence, in effect using his newly-won office to shield himself from jail. What do we do then?

In short, Kenyatta’s victory has guaranteed that Kenya’s leadership will be chaotic, controversial and distracted; hardly a recipe for good governance.

Kenyatta’s campaign was much the same. Actually, that’s not completely fair. It wasn’t chaotic. It was a clever, well-conceived and well-executed campaign that ultimately gave him the top prize. It was controversial, however, especially in Kenyatta’s choice of running mate. Not coincidentally, William Ruto also happens to be up on similar charges before the ICC. UhuRuto, as the alliance was informally known, was a coalition of the accused, made all the more galling because they were on opposite sides of the 2007-2008 election violence, fighting against each other. Now they’re in the dock together, however, and probably their best hope of staying out of jail rests with that presidential immunity mentioned earlier, these differences, which were important enough to kill for, are suddenly not so important.

Instead, Kenyan voters went for business as usual, rewarding politicians who use ethnic tensions as an electoral strategy and have a track record of putting their personal political considerations ahead of the country as a whole. It’s a democracy, so it’s their right to do exactly that, but I can’t say I’m not disappointed.

On the plus side, the election passed off peacefully, for the most part (although 19 people died on the eve of the vote, it’s a substantial improvement on the 1,000-plus who died last time round). But vigilance is still required: Odinga’s coalition has indicated it will challenge the result in court, and the relatively narrow margin by which Kenyatta avoided a run-off means that only 8,000 votes need to be rejected for the situation to change. If Kenya does manage to avoid a repeat of the 2007-2008 post-election violence, as is looking likely, than this is an achievement which all involved – including Kenyatta – can be proud of. DM

Photo: President-elect Uhuru Kenyatta (R) greets his supporters with his running mate, former cabinet minister William Ruto after attending a news conference in Nairobi March 9, 2013. Kenyatta, indicted for crimes against humanity, was declared winner of Kenya’s presidential election on Saturday with a tiny margin, just enough to avoid a run-off after a race that has divided the nation along tribal lines. REUTERS/Siegfried Modola