Mothutlung: Where death is delivered faster than service 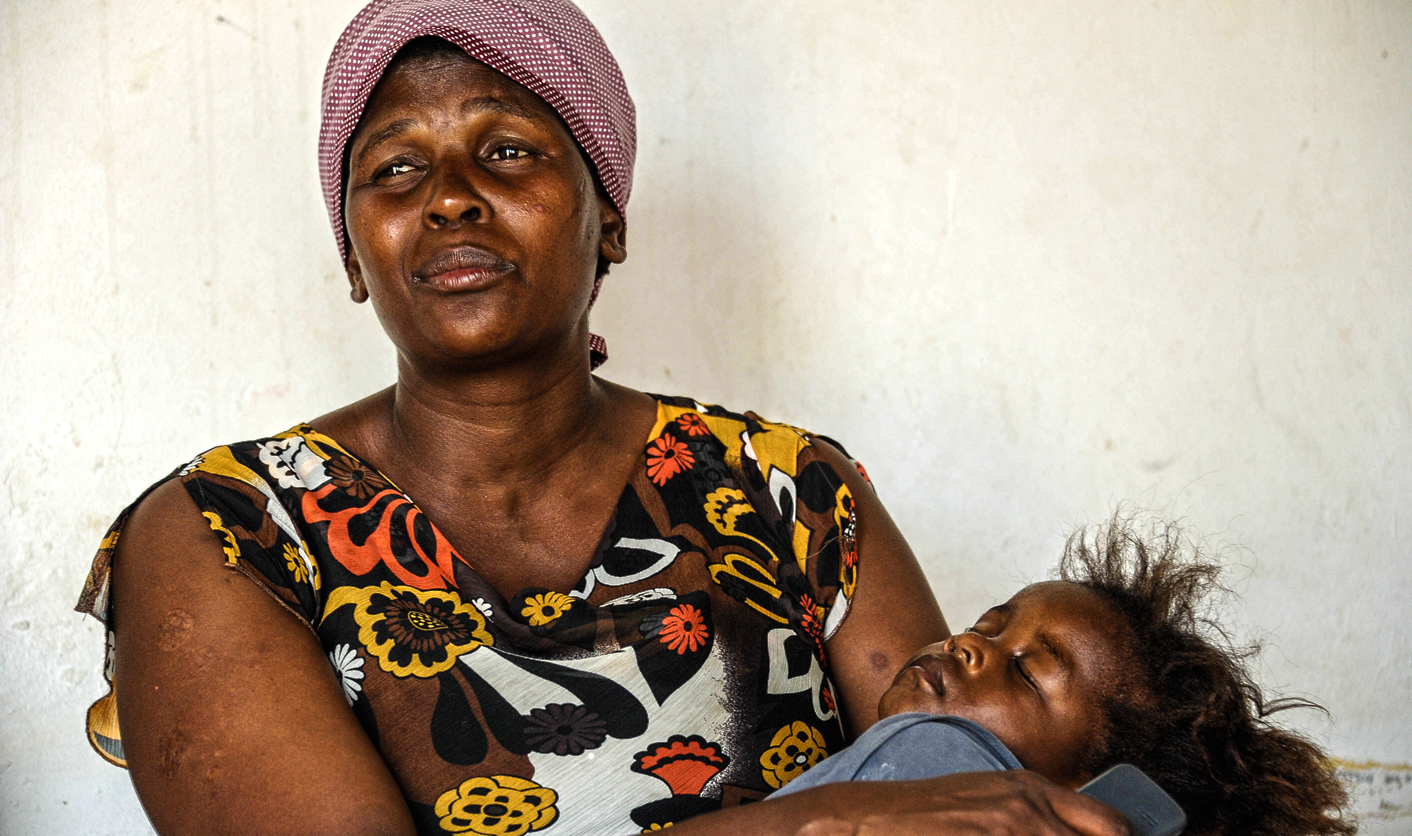 Lerato Seema died in the early hours of Wednesday, the third fatality since the community of Mothutlung, North West, started protesting for their right to water on Sunday. The community blames the deaths on brutal tactics from the police. The streets are now calm and Audrey Seema, Lerato's mother, tells GREG NICOLSON the story of her son and her pain. Photos by THAPELO LEKGOWA.

Sitting in her living room in Mothutlung, Audrey Seema is breast-feeding her two-year-old daughter Atlegang. The little girl, the youngest of seven children, lies under a black veil. The room is bare except for a few plastic chairs. The couches are piled outside against the fading walls where the neighbourhood kids test the stack for sturdiness.

Audrey recalls Saturday. Her oldest son Lerato, 27, who loved comedy, brought The Hangover 3 for the whole family to watch. Then they watched cartoons and played boardgames. “He was a cheater when playing!” laughs Audrey. Lerato was a born-again Christian and had his own relationship with God. So on Sunday, even though the area had been without water for days, he squeezed every last drop from the tap to bathe before church. He had to be looking fresh. “He was a bourgeoisie,” smiles his mother.

Lerato Seema was the third person to die since protesters began facing off with police in Mothutlung to demand water on Sunday. The three pumps that purify water in the area all broke last week. Locals Osia Rahube and “Bra Mike” were reported to have died on Monday after being shot by the police. The Independent Police Investigative Directorate (IPID) has been tight-lipped on what might have happened. Bra Mike, who rode an old bicycle around town, was the local photographer, always there on family occasions. His family, already getting ready for the funeral, declined to speak to the media on Wednesday.

But it’s the brutal circumstances around Lerato Seema’s death and his family’s openness that has encapsulated the plight of Mothutlung and communities with service delivery problems across the country.

“You’ll see Mothutlung when you get to the RDP houses,” says the petrol attendant offering directions from Brits, about 15 kilometres away. Rows of homes in shades of camel, terracotta and peach line the road. Four men sit on a log, buckets at their feet waiting to be filled by the water tanker offering temporary relief. The bitumen is scarred with the remains of burnt tires. Fire and water – the blood of service delivery protests.

Lerato was a naughty boy growing up. He would steal 50c to play foosball, says his mother. He didn’t like to do chores, especially washing dishes. But he would reason, says a family friend offering support to Audrey.

He was a good student. “Such a clever boy,” says his mother.

“A genius,” says her friend. He scored two As in matric and made it to his final year of electrical engineering at the Tshwane University of Technology when he died. Two local boys remember him at school. He was conscientious, religious and studious, they say. The boys have since become nyaope fiends. Lerato was nicknamed “Wapo” but they can’t remember why.

“He was a gentleman,” says his mother. She remembers when he bought a guitar and spent two years strumming random chords around the house while teaching himself to play. Eventually, he was able to play at church.

Little Atlegang couldn’t sleep the night Lerato died. She kept asking for her brother. “He was their hero,” says Audrey. Because of him, the other six kids all had library cards. They did their chores because he taught them to. When Lerato came back from varsity, he would use his pocket money to buy clothes for his brothers and sisters. “The kids are destroyed, hurt, all that you can think of,” says Audrey, her body slumping and her eyes drifting away from the conversation.

Police Minister Nathi Mthethwa wants the matter urgently investigated by IPID. Water Minister Edna Molewa says the water will be back on Friday and she will find out why the pumps stopped.

Photo: Young man heading into Mothutlung after getting 5litres of water from the truck. (Thapelo Lekgowa)

Police say that Seema’s injuries happened when he jumped off a moving Nyala after being arrested for public disturbance. He was following another person who was arrested and escaped from the Nyala, they say, but Lerato wasn’t as lucky.

According to his friends and family, he was caught in the crossfire. Before the protests, Lerato attended a meeting to discuss the water problem and reasoned that the issue could be discussed more before protesting. Others disagreed, said his mother. He didn’t want to go to the protest and didn’t want to see those whom he disagreed with, but he went to see if the colleagues he worked with as a community liaison for Eskom were okay. They weren’t from the area, says Audrey.

Lerato and his friend Ngwako Baloyi were standing near debris from the protests when both were arrested. Baloyi, who tells EyeWitness News he was the first to jump from the Nyala, says they were wrongfully arrested and Lerato couldn’t have also escaped. “The first time that we got into that van, they were talking about teaching us a lesson because they were saying we are still young. Nobody ever provoked those guys. What they did, they did intentionally. That’s what I know,” he says. Supporting allegations that Lerato was pushed out of the moving vehicle, there are also suggestions that police left him on the ground, passing him for a long period without offering assistance.

Photo: People queued around the water truck, after it arrived. (Thapelo Lekgowa)

Audrey arrived at the hospital at 9:00 on Tuesday. Lerato was in a coma and on life support. He was foaming at the mouth. Blood was coming out of his nose, ears, “even his penis”. He was drowsy. At 2:00 the next morning she had – she turns to her friend for the English word – “a premonition”. She could hear Lerato calling her. She ran to his bedside. All the vital signs showed that he had died. He passed away from brain trauma and internal bleeding. She was alone in the hospital for the next three hours “knowing that he was dead”.

“I’m too sad to fight,” she says in her small living room. “I thought they were just waiting for water and boom, he’s gone.” DM