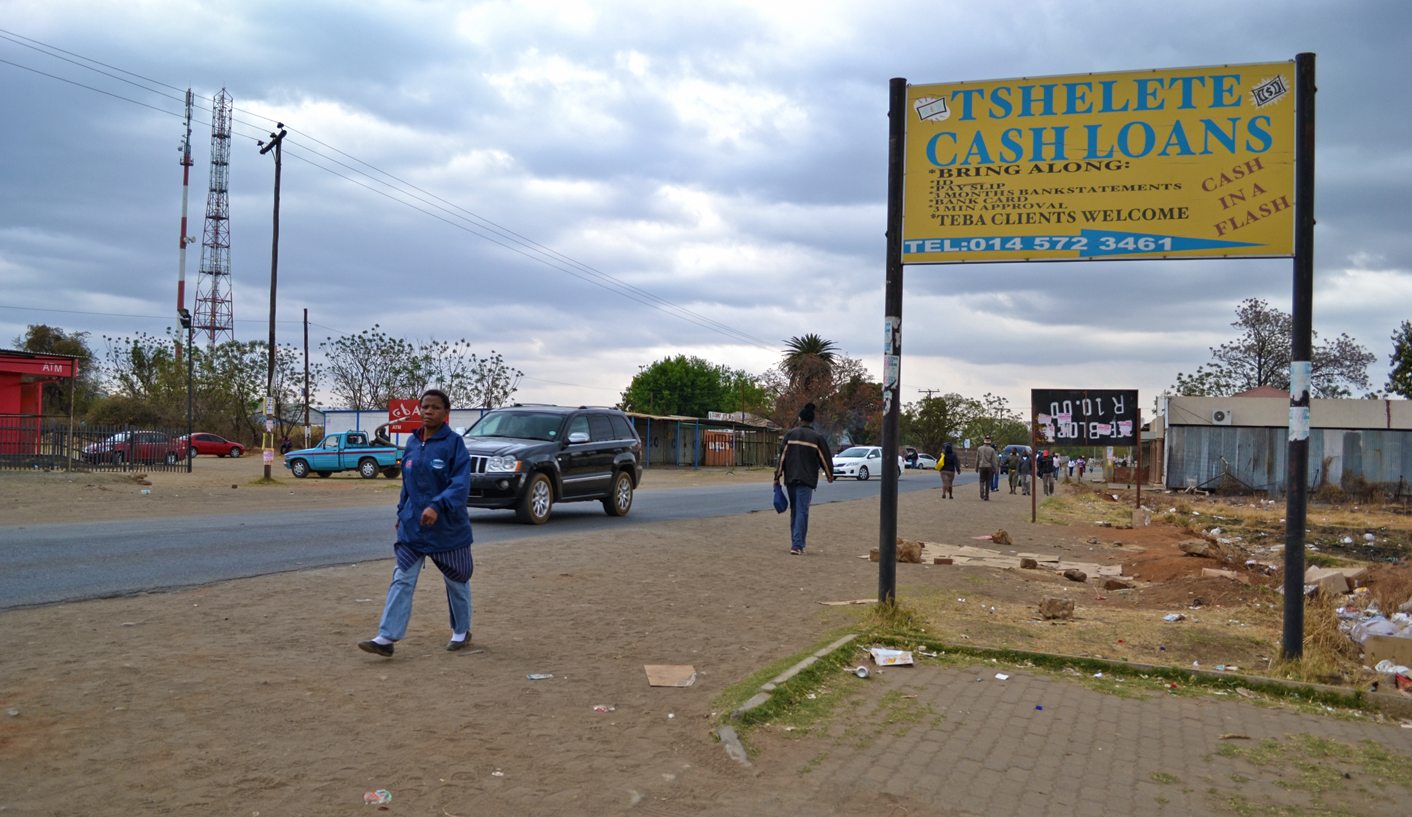 On Tuesday, Atlas Finance denied allegations of wrongdoing raised by Summit Garnishee Solutions, claiming it has already been “vindicated”. Still, there are simply too many unanswered questions. The garnishee system appears to be used against the people that need help the most, this country's poor. By KHADIJA PATEL.

On Tuesday micro lender Atlas Finance refuted allegations raised in the Daily Maverick that it was “stealing from unsuspecting consumers with inflated balances, excessive collection costs and even fraudulent court orders”.

“This is a vicious and baseless allegation, which surfaced fourteen months ago. Had you done an accurate investigation, you would have learned from the Krugersdorp Senior Magistrate that Atlas Finance has been vindicated. The legal process against Summit has not stopped in spite of Gardner’s denial. Our clients are welcome as always to discuss with us directly any concerns regarding their accounts, however we will not deal with any unauthorised third parties. Alternatively, clients are reminded of their rights to report any complaints to the relevant governing bodies, whose numbers we will gladly forward.

As this matter is sub judice, we will not make any further comment.”

Summit Garnishee Solutions, the company that raised the allegations, however, says the Atlas response still fails to directly counter the allegations raised against the micro lender.

“What do they mean that Atlas Finance has been vindicated?” asked Summit CEO Clark Gardner. “Does that mean they have found all the 400 case files in both Krugersdorp and Randburg, or has merely one been found or have they justified their judgment balance against the loan statement balance?”

“If they have found all 400 of the court files and justified their judgment debt balance where exceeding the loan statement balance then they have been ‘vindicated’… if not, then unfortunately they have failed to prove our allegations incorrect again.”

And though Atlas claims it has been “vindicated” by the Krugersdorp Senior Magistrate, an employee of another court at the centre of the controversy says pointedly in an affidavit that case numbers used to execute garnishee orders on behalf of Atlas at that court were “not genuine”.

“Where a file with one of the above [processed Atlas garnishee orders] case numbers can be found, it involves different parties.”

In the affidavit, the official also claims to have never come across Atlas cases in that court.

“I work with court files all day and every day. But I cannot recall ever seeing one involving Atlas Finance (Pty) Limited.”

And it is these assertions that Atlas has not tackled at all in its response to Daily Maverick.

So too, Gardener says that when all these allegations were previously presented directly to Atlas, the micro lender never fulfilled its commitment to respond with balance calculations and case files.

While the controversy moves on from the boardrooms to the courtroom, with Atlas repeating that it is pursuing legal action Summit for these allegations, garnishee orders in South Africa are under intense scrutiny. There is a general perception that these court orders, which are essentially a debt recovery mechanism, lock South Africans in an endless cycle of debt.

“It is not the job of the employer to collect somebody else’s credit,” he said in an interview with Bloomberg.

“The extender of credit should do his own work in collecting. I do not think it’s in principle the job of the employer to collect somebody else’s credit, deducted at the source.”

Earlier this year, Godsell is reported to have said if he were a mine manager he would simply refuse to deduct garnishees.

Frans Haupt, the director of the University of Pretoria Law Clinic however says Godsell’s comments reveal an ignorance of the mechanics of garnishee orders.

The way garnishee orders are only supposed to be issued after debtors have defaulted and other “soft” measures to recover the debt have been exhausted. The reality, however, is that that are frequent reports of abuses of garnishee orders.

Atlas Finance is not the only South African credit provider alleged to be misusing the court-sanctioned debt recovery mechanisms. Other companies are said to tie debtors into a garnishee order at the very beginning of the debt agreement – reaching into their salaries from the very first repayment, when this should be the last resort of credit providers.

Other companies are said to use courts in other provinces to process the garnishee orders, excluding the debtor from ever attending the hearing.

And it is allegations such as these that has cast the use of garnishee orders among South African credit providers in a harsh light, leading some to question whether its continued use is actually in the best interests of South Africa and the economy.

While Atlas says its clients are welcome to discuss with them directly any concerns regarding their accounts, Haupt says the avenues of redress for South Africans who suspect they have been defrauded by their lenders are actually narrow.

Legal recourse is far too expensive for consumers who are already drowning in debt.

Gardner asserts that despite the current scrutiny on garnishee orders, his company has been waging a solitary battle against alleged abuses of the garnishee system.

“There has been much talk about the problem over the past few months but we seem to be standing alone in court challenging garnishee irregularities or announcing breaches of specific lenders or collectors as a name and shame awareness campaign,” he said.

Gardner says Summit stands ready to audit all Atlas Finance garnishee orders, whether received individually from the consumer or in bulk from the employer, at no cost to anyone.

While this may sound like a fight between high-powered men in suits, the consequences of this tussle is felt by the legions of ordinary South Africans who struggling to lift themselves out of the vicious cycle of debt. This space needs to be carefully watched. DM