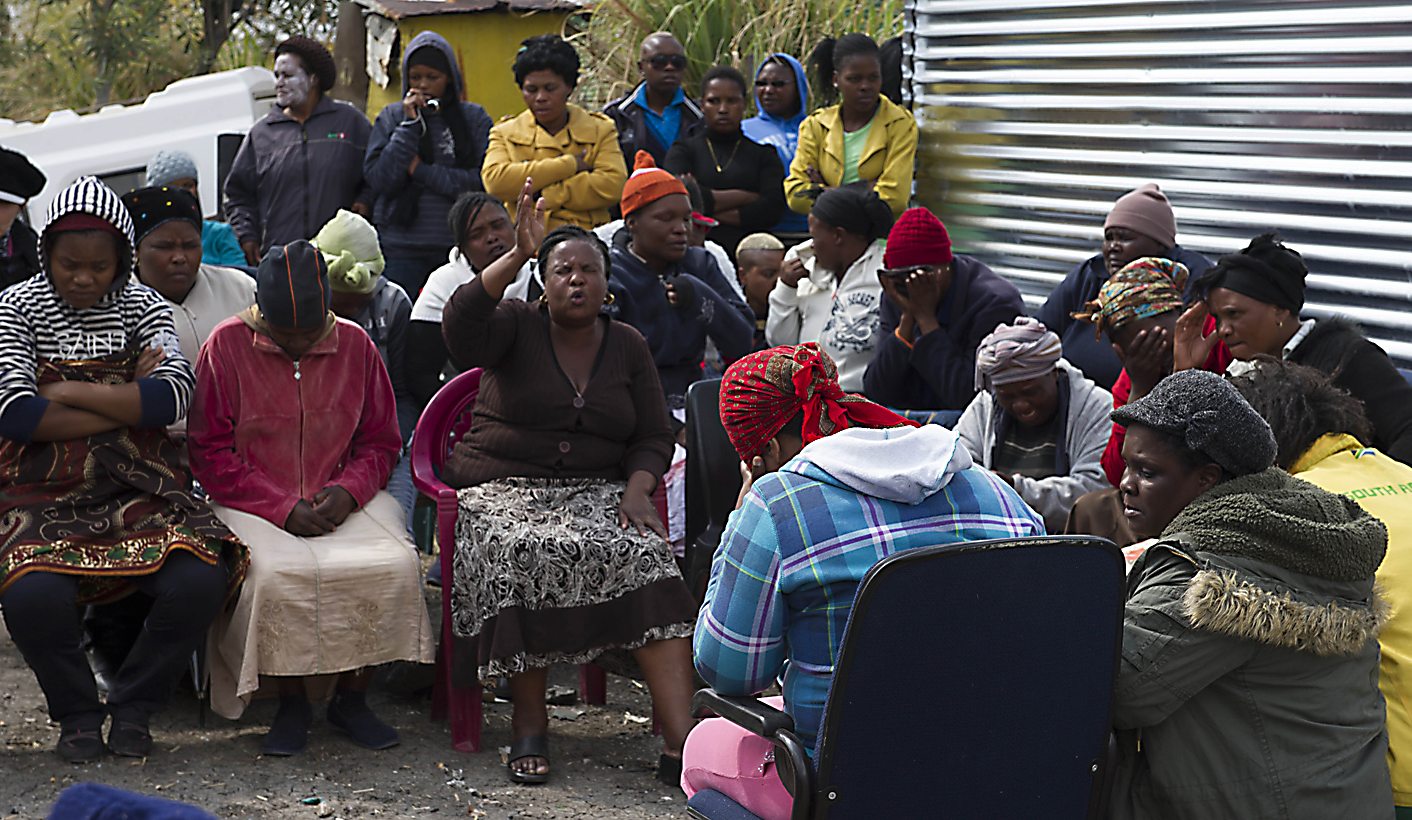 Summit Garnishee Solutions has once more accused Atlas Finance and its debt-collecting arm, Syndicated Debt Collectors, of “stealing from unsuspecting consumers with inflated balances, excessive collection costs and even fraudulent court orders”. The details that emerged are indeed not pretty. By KHADIJA PATEL.

During the strike at Lonmin’s mine in Marikana last year, a handwritten sign outside a furniture store beckoned would-be customers with this promise, “Buy now, pay in January 2013.” Inside, the store was desolate except for a solitary man signing up for that January 2013 deal. The strike was certainly not the best time to be in business in Marikana.

And while the furniture store seemed to be plying a lonely trade, it was the moneylenders of the town that appeared to be best off.

It was the Marikana strike, and the massacre that captured global attention, that revealed the crippling effects of debt on ordinary South Africans.

Shortly after the August massacre that claimed the lives of 34 people on 16 August 2012, the National Credit Regulator raided the micro-lenders operating in Marikana and found major irregularities. And while we’re still waiting for the Marikana Commission of Inquiry under Judge Ian Farlam to ascertain what exactly happened that fateful day, many agree that it was the severity of the debt in which many Marikana miners found themselves, that led them to hold out stubbornly, even in the face of live fire.

Now, one company that works with Lonmin (among others) has accused a South African moneylender of criminally exploiting its debtors.

Summit Garnishee Solutions said in a statement released on Monday that Atlas Finance and its debt-collecting arm, Syndicated Debt Collectors, “are stealing from unsuspecting consumers with inflated balances, excessive collection costs and even fraudulent court orders”.

“What happens is [that] we get a garnishee order and then we verify it. Part of that verification is going to court to obtain the court file that order actually exists and was processed by the court,” Clarke Gardner, the CEO of Summit, says.

Over the years, Summit claims to have processed garnishee orders from Syndicated Debt Collectors with growing suspicion that some of these orders may be irregular.

Gardner says a former Atlas employee, who is now employed by his company, revealed that the debt collecting arm of Atlas, Syndicated, had created their own court stamps and had certain employees come in after hours and on weekends to create false court orders by forging the signature of the clerk of the court.

“When we went to the Krugersdorp Magistrates Court we couldn’t find any of the files for Atlas. When we looked further… we got to 116 or so case files for which only one case file was found,” he says.

Summit said what they found strongly corroborated the claims of the whistleblower. “We believe Atlas has fraudulent garnishees out there,” Gardner said.

A representative of Atlas Finance declined to comment on the allegations, saying Atlas CEO Jack Halfon was not available. Atlas have promised to respond to the allegations on Tuesday and Daily Maverick will run a follow-up once their response is received.

It is not the first time these allegations against Atlas Finance and Syndicated Debt Collectors have surfaced.

Atlas has since brought extortion and corruption charges against Charles Gilbert, a key source featured in the e.tv exposé.

Gardner says: “They’ve charged us with extortion and defamation and all sorts of things which have fallen through subsequent to that but they have never, ever come out and said, ‘Here’s the court files.’ Or, ‘here’s the case number at the Krugersdorp court.’ So, they’ve never, ever engaged.

“They’ve never shown or proven us to be incorrect.”

Summit’s work is done when debtors default and some lenders go directly to their debtors’ employers and take the unpaid money straight out of their salary before it is paid.

“One of our tasks as a company, one of the solutions we provide, is that companies outsource their garnishee deductions to us. And our role is two-fold. One is to remove the administrative burden for employers to manage the calls from collectors and employees, etc. And the second and most important role is to make sure that accurate and affordable deductions take place,” Gardner says.

“We take the employer’s admin fee, so the more garnishee orders that are being deducted, the more money we would ordinarily make. However, that’s not part of our DNA and [for] all our clients, including Angloplats and Lonmin, Sasol and Sappi, our work always resolves to reduce the number of garnishee deductions.”

Manie van Schalkwyk, from the Credit Ombud, told FA News last February that garnishee orders are a favoured method for credit providers to get their money back because the process is time- and cost-effective and easy to implement. He added, however, that there appears to be widespread abuse of the system.

“The current practice is unsustainable and its continuation will have a significant socio-economic impact on our country,” Van Schalkwyk said.

And of course it’s not just Marikana where the mashonisas – and their creative debt collection strategies – reign supreme.

According to the National Credit Regulator’s 2012/2013 annual credit report, personal debt in the country amounts R1.44 trillion – consider that only 13,6 million South Africans are employed, yet somehow the country has 20.8 million credit-active consumers.

And in Marikana we have an idea of exactly the kind of tinderbox these numbers make up.

Lungisile Nogwanya, a mine worker in Marikana who lives in Nkaneng informal settlement, says, “The main reasons we go to the mashonisas is to try to balance life, as there in not enough money for one to survive.”

“Mashonisas operate in different ways, depending on the market. They keep IDs [or] bank cards [if debtors default].”

The more sophisticated mashonisas, of course, opt for garnishee orders.

With consumers that are fundamentally uneducated about the perils of debt, the lenders’ business is brisk and easy, and often on the wrong side of the law. But with so many people driven to desperation, how many more Marikanas lurk in SA’s future?

With additional reporting by Thapelo Lekgowa.