Marwan Barghouti: The most influential man in Palestinian politics 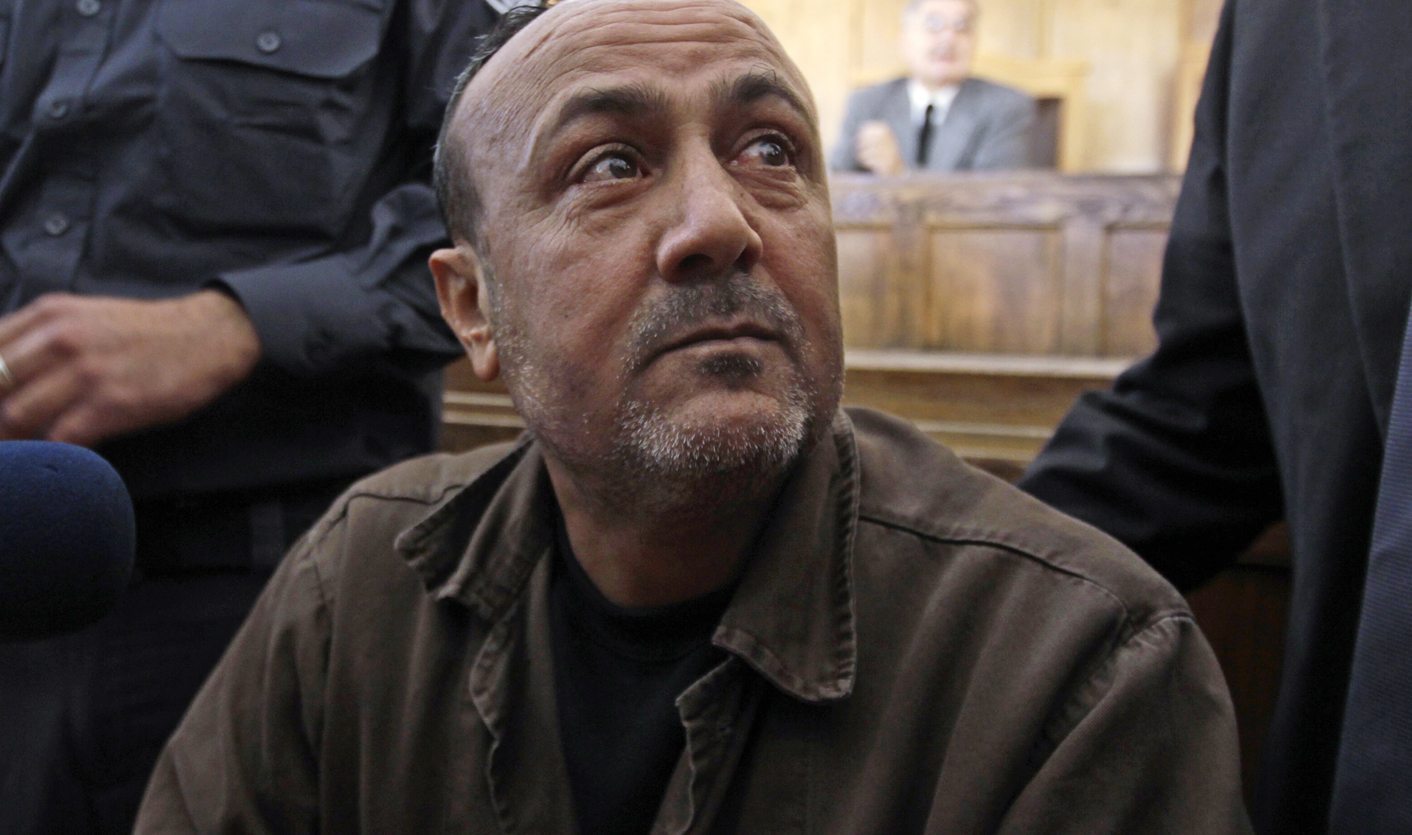 The Ahmed Kathrada Foundation this weekend launched an international campaign lobbying for the release of Marwan Barghouti and other Palestinian political prisoners. Barghouti however is the face of the campaign and his freedom, its rallying cry. By KHADIJA PATEL

Back in 2002, when Barghouti was captured by Israeli forces from deep within the West Bank, Johnathon Cook asked, “Why create Palestine’s Nelson Mandela?”

Cook said the capture and subsequent public trial of Barghouti by Israelis assisted in building the legend of Marwan Barghouti as a Palestinian Mandela, a widely popular leader who could galvanise global support for the Palestinian cause for self-determination.

At that time, Yasser Arafat was still alive. So too, was Sheikh Ahmed Yaseen. Even the peace process could still be mistaken to have had some potential for life. Eleven years later however, the cause of the Palestinian people appears to have been stifled beneath a relentless juggernaut of an expanding occupation and a feeble Palestinian Authority.

Barghouti meanwhile is serving five life sentences in an Israeli prison; he was convicted on five counts of murder.

And while time certainly stands still for no man, Barghouti is still described as the most influential man in Palestinian politics.

He is respected and enjoys support from Palestinians beyond the banners of Fatah, Hamas and Islamic Jihad even though he is a member of Fatah. And while he languishes in an Israeli prison cell, he is still considered a favourite to succeed Mahmoud Abbas as President of the Palestinian Authority.

And yet some insist he was not at well known among Palestinians until he came to prominence as a leader of the second Intifada. It was his role in the second Intifida 13 years ago that landed Barghouti in Israeli custody.

“Most journalists explain the onset of the intifada’s violence in 2000 with tales of faltering peace talks or ‘provocative’ visits to the Aqsa Mosque compound by then-opposition leader Ariel Sharon. I’d sum it up differently. With two words: Marwan Barghouti,” a Welsh novelist and journalist Matt Beynon Rees says.

And certainly Barghouti’s participation in the second initifada did not endear him to Israelis.

Time’s Jerusalem Bureau Chief Karl Vick, says of the perception of Barghouti in Israel: “Israelis know him as a mass murderer, serving five life sentences for sending suicide bombers to a Tel Aviv fish market and a Jerusalem mall.”

Barghouti insists his actions were a legitimate response to the Israeli occupation of Palestinian territories.

“While I, and the Fatah movement to which I belong, strongly oppose attacks and the targeting of civilians inside Israel, our future neighbour, I reserve the right to protect myself, to resist the Israeli occupation of my country and to fight for my freedom,” Barghouti wrote in a letter to the Washington Post in 2002.

And it is perhaps testimony to Barghouti’s ability to reach across prickly political divides with words like these that has assured him support among some in Israel as well.

A Haaretz editorial last year advocated for the Israeli leadership to listen to Barghouti saying he “is the most authentic leader Fatah has produced and he can lead his people to an agreement.”

Others however believe that an important distinction must be made between the perception of Barghouti among Palestinians and Israelis.

“It is essential that a conscious separation is made between how Barghouti is interpreted by the Palestinians themselves and Israelis (even those in the left),” Palestinian-American journalist Ramzy Baroud says.

“Among the latter, Barghouti is presented as a figure who might have been involved in the ‘murderous terror’ of the second Intifada but who can also ‘lead his people to an agreement’ – as if Palestinians are reckless multitudes desperate for their own Mandela who is capable, through his natural leadership skills, of uniting them into signing another document.”

Still, Barghouti’s popularity is seen as a threat to the current political elite among Palestinians.

“There’s a feeling that the PA leadership and many Fatah officials would prefer to see him remain behind bars,” another commentator says.

In prison, he has written an autobiography, completed a master’s dissertation and continued to participate in Palestinian politics.

He helped negotiate a unilateral truce declared by the main Palestinian militant groups in June 2003. He also drafted the 2006 Prisoners’ Document, in which political prisoners from across the divide called for a Palestinian state to be established within pre-1967 borders and the right of return for all Palestinian refugees.

And when Barghouti was not among the prisoners released in the deal that secured the release of Israeli soldier Gilad Shalit in 2011, Barghouti’s wife, Fadwa told American journalist Joseph Dana: “I believe that there was a weak attempt in the prisoners swap to free my husband,” she said, insisting not enough was done to secure the release of her husband.

“I am talking about the Palestinian leadership of Hamas and Fatah. The people have been demanding his release for the last 10 years and they simply ignored the people’s will.”

She laid the blame at the door of the Palestinian leadership but others insist it is Israel who understands too well the potential of a free Marwan Barghouti. DM

Photo: Jailed Fatah leader Marwan Barghouti attends a deliberation at Jerusalem Magistrate’s court January 25, 2012. Convicted of murder for his role in attacks on Israelis, Barghouti was jailed for life by Israel in 2004. REUTERS/Ammar Awad