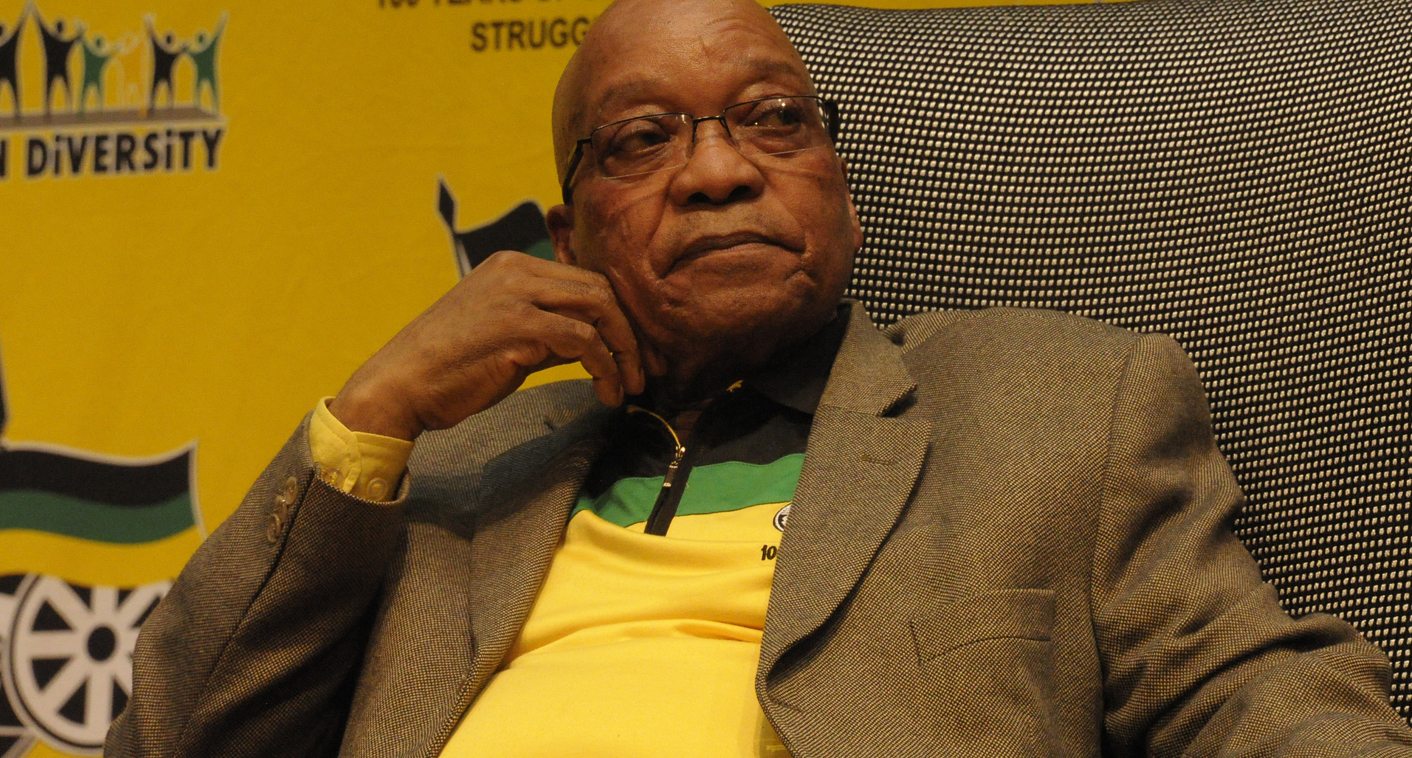 On Monday night, President Zuma had interesting things to say about Malawian roads and African ways of thinking. KHADIJA PATEL gauged the reaction.

There’s nothing that occupies South Africa’s chattering class better than a good dose of righteous indignation. And President Zuma’s comments during an ANC Manifesto Forum at Wits University on Monday night have provided ample fodder for at least two days’ worth of outrage.

Zuma’s offending remark was: “We can’t think like Africans in Africa generally. It is not some national road in Malawi.”

Spokesperson for the Democratic Alliance, Mmusi Maimane, called on Zuma to withdraw the statement.

“The president was saying we must welcome eTolls and pay up because new freeways have been built in Johannesburg. What the president doesn’t realise is Africa is actually developing at a faster pace than he suggests,” Maimane said.

“Many governments in African countries have adopted investor-friendly policies that create jobs. They are not burdening citizens with double-taxation though an expensive eTolling system.”

The ANC, however, has rushed to the president’s defence, arguing that the comments had been quoted out of context.

ANC spokesperson Jackson Mthembu said the inordinate attention paid to this particular remark was “mischievous” by the media and social media users.

“The African National Congress welcomes the role played by traditional and social media in our national discourse,” Mthembu said in a statement.

“It is important, therefore, that those privileged to form opinions on these networks do so with the intention of promoting fair and balanced reporting, a call we believe would not have arisen had the president’s comments been placed in context.”

“There are more than enough real issues to whip Zuma with – the spy tapes, Nkandla, Guptagate, decaying and manipulating state institutions, public service attrition, marginalising and meddling in alliance partner politics – this undiplomatic but honest gaffe is not one of them,” Fakir said.

The South African presidency, however, has also rushed to Zuma’s defence, saying the president was quoted out of context.

Zuma’s spokesperson, Mac Maharaj said, “[Zuma] made the example that it was also not fair to expect Gauteng roads to be compared to roads in other towns such as Pietermaritzburg, Rustenburg, Polokwane or any other town or national road in Malawi as this was Gauteng, the heartbeat of South Africa’s economy and an international city of commerce and business.”

Africa Check, however, showed that Maharaj’s defence of Zuma remark “[was] a dishonest attempt to spin Zuma’s gaffe”.

According to Julian Rademeyer, writing for Africa Check, “It is clear…that Zuma’s remarks were not ‘taken out of context’ or distorted and that he did indeed make remarks about ‘Africans generally’, and Malawi in particular, that were intended to disparage.”

“Zuma is merely airing an often shy and hidden reality of the perceptions and arrogance that many South Africans share,” he says.

“It’s not something that’s absurd. It’s not out of fiction. And it’s not fantasy. The roads, the infrastructure, the nature of the economy, the nature of the society in South Africa is vastly different from the way it is, for instance, in Malawi.”

He says Zuma’s comments simply convey a more widely held perception among South Africans of the rest of the continent.

“It’s not like it’s just the president saying these things,” he says.

“There is a degree of South African exceptionalism, sometimes unwarranted but often, quite properly warranted because the features of the society, the nature, the characteristics, are vastly different,” Fakir says.

“I mean the reality of the matter is that Malawians don’t enjoy the kind of roads that we do.”

Chilungo says that he’s found South Africans to have a disparaging view of “Africans” generally and a rather poor grip on geography.

“There is that aspect where there are some people who think Malawi is in Limpopo, they don’t even know where Malawi is,” he says. “They think it’s a place where dark looking people, darker than them, come from.”

Still, Chilungo says Zuma ought to have known better.

“For Zuma, I think it’s a careless remark to make. For a man of his stature, a president,” he says.

“Surely, we should be aiming, like other Africans should be, for better employment, better economy, better government, better enjoyment of life and liberty?” Fakir asks.

The president was speaking about eTolls. What he may have meant to say is that South Africa needs to think out of the box to pay back its creditors for the bounties that are Gauteng’s freeways.

Fakir says that Zuma’s remarks “may come across as slightly arrogant and prejudiced is a reality”.  And the New York Times correspondent in South Africa, Lydia Polgreen, pointed out on Twitter that Zuma’s gaffe could be telling of his actual opinions: “Zuma’s remarks remind me of the classic definition of a gaffe: when a politician accidentally says what he really thinks.”

Still, other Africans have been unimpressed by Zuma’s remarks.

Other Malawians, however, admitted Zuma was quite right about the state of the country’s roads.

“Zuma does not think like an African. He does not think. Full stop. But somehow he miraculously got it right on Malawi’s wretched roads,” Ngwazi Kamuzu Banda said.

He nonetheless had some advice for his countrymen: “Now, my people, rather than get worked up on an idiot’s remarks, get down and fix the damn roads.” DM