Zuma at ANC Manifesto forum: the courts have spoken on eTolls, people must obey 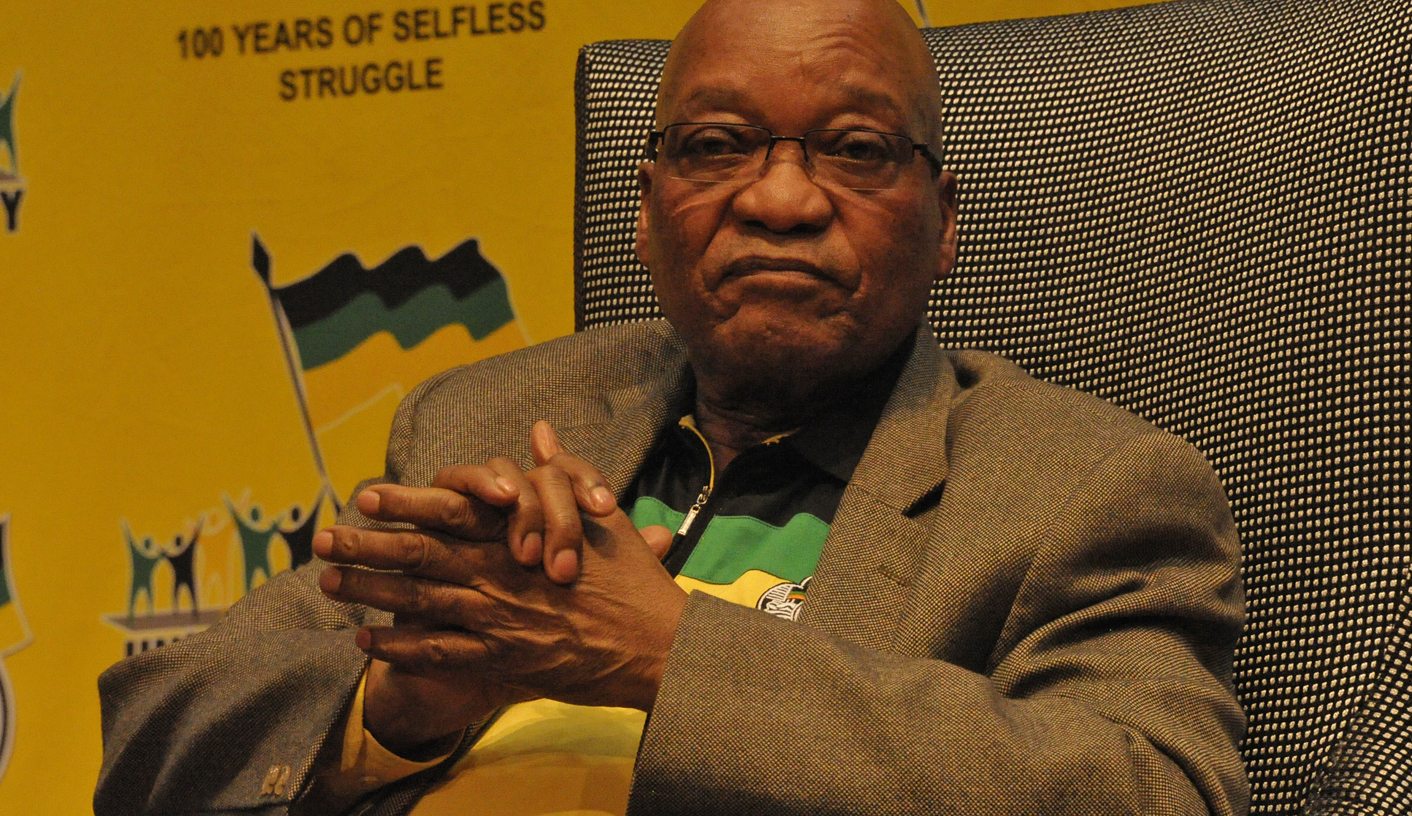 President Zuma has indicated that students could be exempt from paying as he warned against the politicisation of the eTolls debate. Oh, and Malawi’s roads have nothing on Johannesburg’s, according to the president. By KHADIJA PATEL.

Gauteng’s controversial eTolls weighed heavily on the ANC’s Manifesto Forum at the University of Witwatersrand on Monday night.

“Gauteng has built many kilometres of new eight- to 10-lane freeways built at a cost of about 20 billion rand,” President Jacob Zuma told those gathered. “This is more than our national roads budget for one year.”

Zuma sought to justify the eTolls system as befitting the stature of Johannesburg as the economic capital of the country.

“Gauteng is the heart of the South African industry,” he said. “Gauteng is not like Pietermaritzburg.”

Zuma was speaking at the seventh public consultation on the ruling party’s manifesto in Gauteng so far. Its target audience, professionals and business people, distinguished this particular forum.

“What are some of the things you think we should change?” ANC Gauteng Chairperson Paul Mashatile asked the audience before assuring those assembled that their views would be reflected in the manifesto.

But as Mashatile encouraged the audience to “talk to us about what is in your hearts and your minds”, President Zuma acknowledged the swirl of opinions on eTolls in Gauteng but did not back down.

“The roads are to be tolled to pay back the money we borrowed to build the freeways to make the economy flow in Johannesburg. The principle of user pay has to apply to complement the costs incurred by government,” Zuma said.

He did, however, indicate that he might make a concession for students to be exempt of the proposed tolling system.

However, Zuma stressed that the eTolling system was not an aberration but rather a world standard.

“This is what all economies in the world do,” he said.

But then there was this curious remark from the president: “We can’t think like Africans in Africa. It’s not some national road in Malawi.”

And while South Africa’s Department of International Relations and Co-Operation will be hard pressed to explain Zuma’s comments, albeit meant light-heartedly, in the light of the “African Agenda”, Zuma has now waded into the eToll debate himself once more.

He said the suggested alternatives to eTolls were flawed in that they unfairly tax the rest of the country.

“It is not fair to make the whole of South Africa pay for Gauteng’s road use by taxing everyone’s petrol more or put more burden on the already strained fiscus,” Zuma said.

“Johannesburg is what makes South Africa what it is,” Zuma said. “When we talk about eTolls we act as if there is only one road to Pretoria. Gauteng must develop. It can’t stand in one place. It can’t be like Rustenburg.”

Zuma also criticised the legal challenges to eTolls saying it presented a new trend in which South Africans refused to abide by legal judgements. [Ahem. – Ed]

“Once the court says this is our decision, as citizens we should abide by it,” he said.

Zuma also sent a clear warning to detractors of the eTolls within the ANC’s tripartite alliance.

“We can’t make it look like a political issue,” he said. “You might even join the opposition without realising it.”

Earlier, when Wits Vice Chancellor, Adam Habib, welcomed the president and Mashatile, he cautioned the ANC bigwigs to expect a rigorous discussion.

Zuma, however, was not seriously challenged. He was spared the treatment his deputy Cyril Ramaphosa received in the same venue recently. Zuma, instead, was treated to a rather politely framed sample of the various competing ideas, opinions and suggestions on what the ANC ought to be doing.

Responding to a call for the ANC to scrap BEE in favour of enterprise development, Zuma said, “This approach was thoroughly discussed by the ANC for us to arrive here, to address the legacy of exclusion of black people from the economy of this country.”

He acknowledged, though, that BEE has not been entirely successful in ensuring the participation of all black people in the country.

“But it has worked to some degree,” he argued. “And that’s why we have been looking at it, how do we enhance it?”

On the legacy of black exclusion from the formal economy, Zuma said, “We can’t not deal with it.”

Still, he was upbeat.

“Next year we’ll be celebrating 20 years and my view is that when we celebrate 30 years we should have reached a point where we no longer have to talk about black empowerment, or whatever.”

“We would have gone over the issue of correcting the issue of the racial structure of the economy. It is absolutely important. And therefore we need to give ourselves a time frame to think we must make it work and really empower people,” he said.

Zuma referred to the massacre at Marikana, saying it offered questions as to how South Africans dealt with themselves while facing internal divisions rather an external threat like Apartheid.

“To me it challenges us: how do we want our democracy and freedom to look?” Zuma asked.

Indeed, sir, we look forward to seeing our democracy transform to better facilitate the freedoms of all South Africans. DM

All photos by Thapelo Lekgowa/Daily Maverick.